What do you get when you combine banana bread with cinnamon rolls? These incredible Banana Bread Cinnamon Rolls! A cinnamon roll and banana bread in one, how could these not be good? Then when they are slathered generously with cream cheese frosting and finished off with toasted nuts, all I can say is wow yum! This is breakfast done right. Enjoy and be sure to eat them warm. 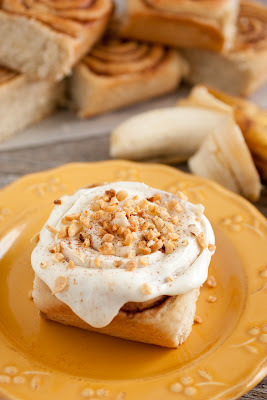 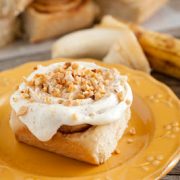