I admit it I’m pancake crazy =). I should start a food blog dedicated to pancakes. That’s just how much I love pancakes. There are endless flavor possibilities and who doesn’t love a warm fluffy pancake smothered in syrup to wake up to first thing in the morning? The great thing about this version is that they have all the flavors of banana bread but they are ready to eat in less than half the time. Plus you get this amazing Cinnamon Cream Cheese Syrup generously smothered over them which you don’t get on banana bread. This pancake recipe will very likely keep you coming back for more. You can now have another use for the overripe bananas in your home, so move over banana bread you aren’t the best thing for speckled bananas anymore. 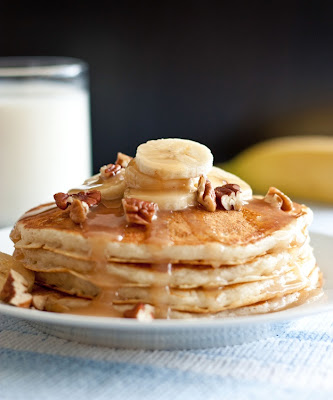 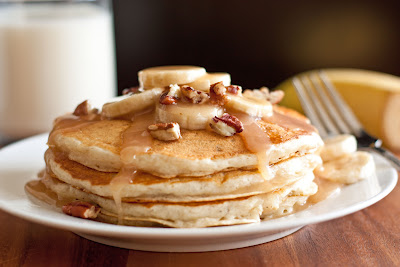 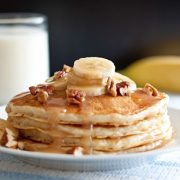 All the flavors of banana bread in fluffy pancake form with the extra decadence of a cream cheese syrup!
Servings: 5
Prep20 minutes
Cook20 minutes
Ready in: 40 minutes