If there’s a breakfast food that you want to try soon, please let these be it! I wouldn’t ever be able to tell you in words how good they are, you just need to try them yourself. These are basically blueberry cinnamon rolls in french toast stick form.

Or, just imagine your favorite french toast turned cinnamon roll, meets blueberry filled, homemade toaster struedel and all of that goodness is then plunged into a creamy, sweet, glaze-like cream cheese dipping sauce. See, you need to try them! I’m pretty sure my family had the entire batch finished in a number of minutes. 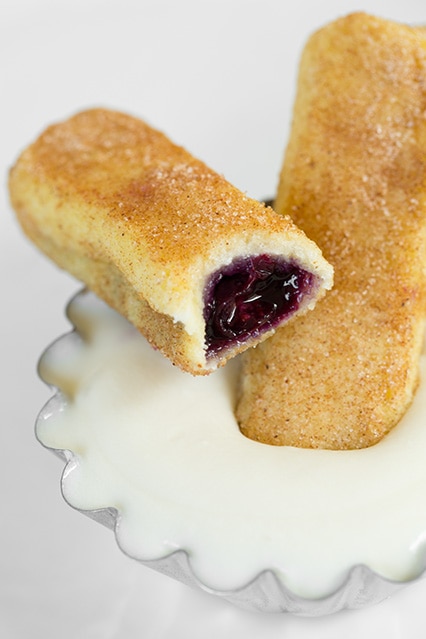 Rather than baking these you could also cook them in a fry pan over the stove-top, rotating to opposite side occasionally until cooked through. Baking them all at once just seemed easier to me.

You might look at this recipe and think it makes way too many and you might be thinking you want to cut the recipe in half, if anything double it :).

The bread is that weak, flimsy bread so these really aren’t that big and everyone will probably want at least 3 or 4. Or all of them. I know I do, if I had any left I’d probably be tempted to hide them in the back of my fridge – out of site of anyone else. Enjoy! 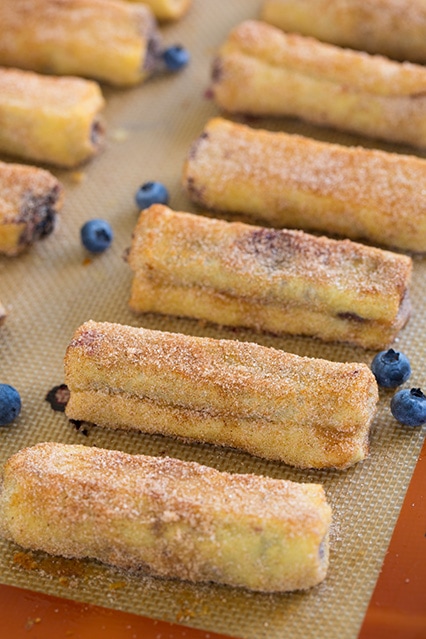 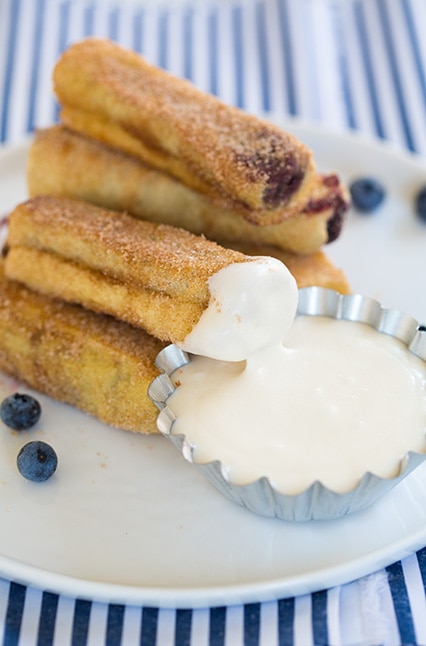 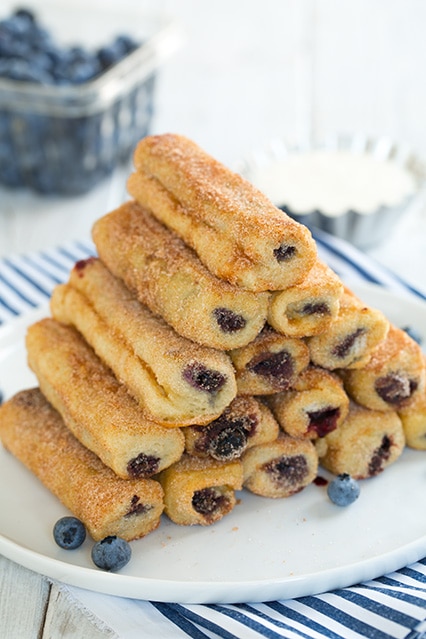 Such a fun new way to make french toast! They're filled with jam and fruit, rolled, dipped and cooked until golden brown. Then they're finished with cinnamon sugar.