Brownie Cupcakes with Marshmallow Frosting! It’s like eating a chocolate covered marshmallow. You get a rich chocolate brownie base and a melt-in-your-mouth light as air toasted marshmallow topping. 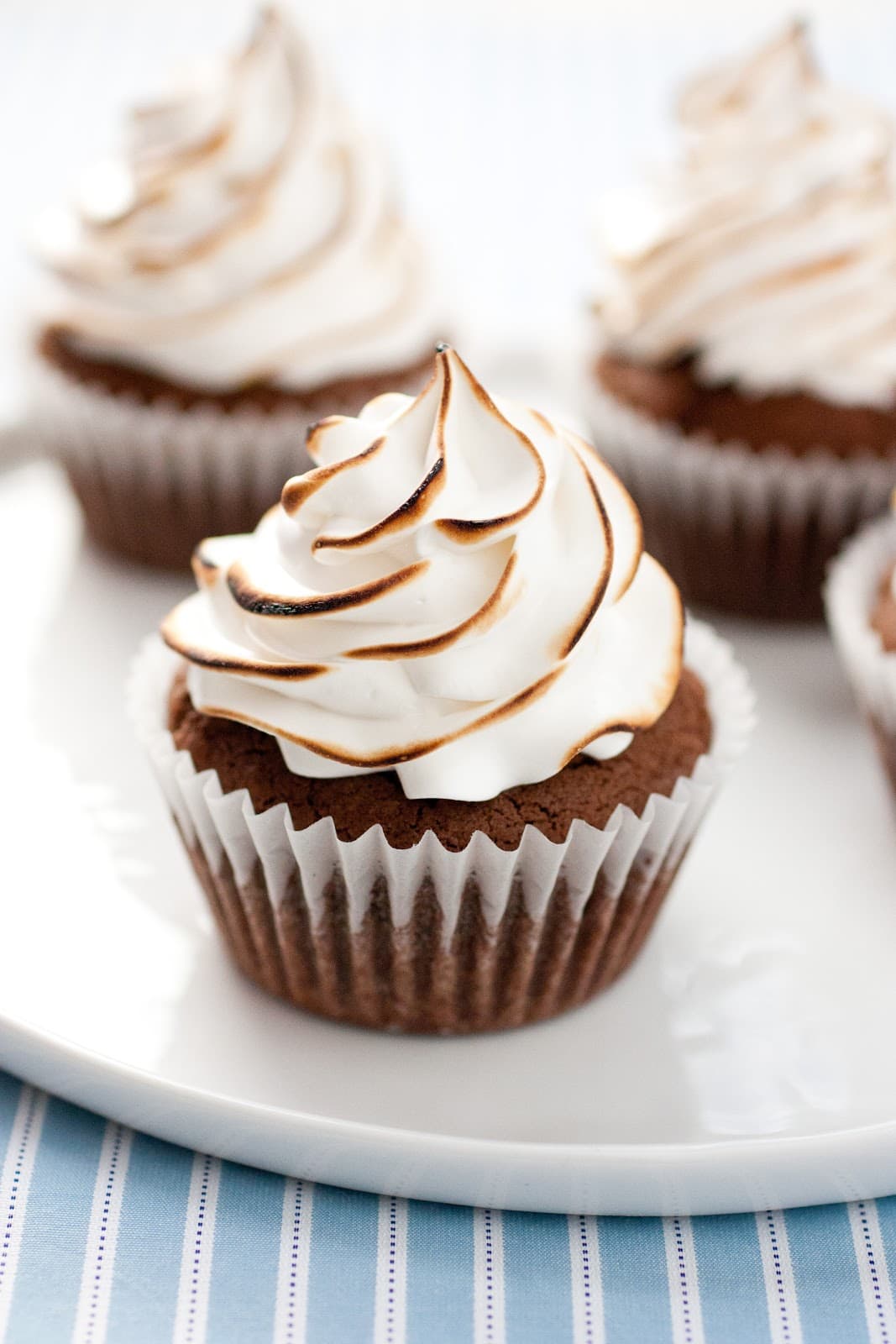 I also love the combination of the two. The chocolate just compliments the marshmallows perfectly. Like a S’more or a chocolate covered marshmallow, they just wouldn’t be what they are without the chocolate.

Just an fyi these cupcakes aren’t a fluffy dome like cupcake. They will likely sink just a bit in the middle once they are removed from the oven, that’s supposed to happen.

If they don’t then it’s a sign they are likely over-baked and dry. The marshmallow frosting is delicious toasted but it most definitely doesn’t have to be. Toasted or not this frosting reminds me of the soft center of a gooey marshmallow that was slowly roasted over the hot coals of a campfire.

It is fluffy, dreamy, bliss in frosting form and it is actually incredibly easy to prepare. The stand mixer does most of the work. Enjoy! 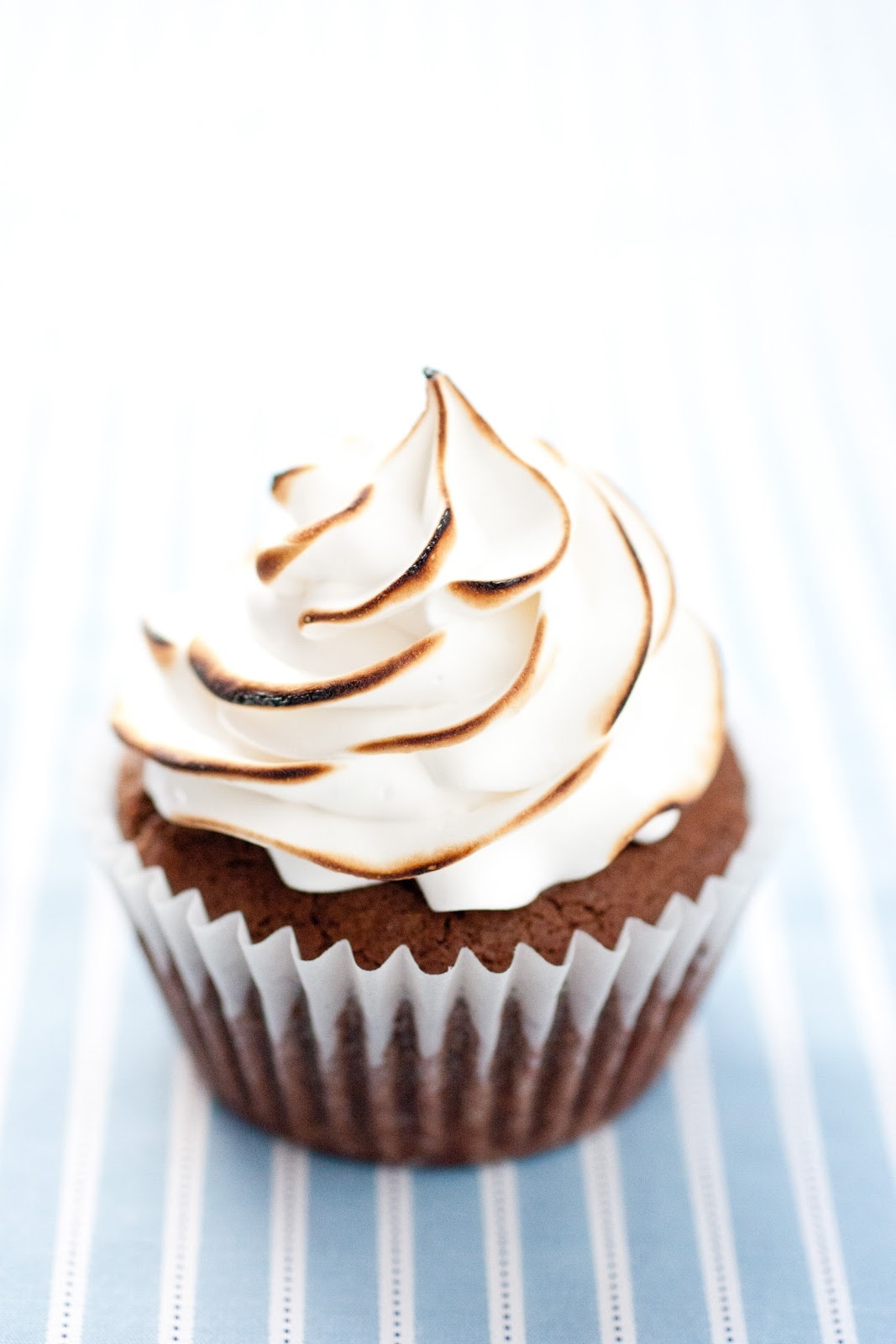 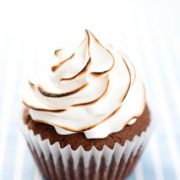 It's like eating a chocolate covered marshmallow. You get a rich chocolate brownie base and a melt-in-your-mouth light as air toasted marshmallow topping.
Servings: 12
Prep30 minutes
Cook20 minutes
Ready in: 50 minutes

For the Marshmallow Frosting