A cinnamon roll mug cake that’s ready in only 3 minutes! Looking for a delicious, fluffy slice of cake but don’t want to go to the trouble of baking a whole cake? Then this mug cake is for you and it couldn’t be easier, you’ll have cake for one in no time! 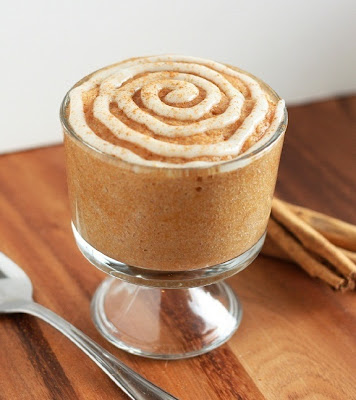 Wow!  Why did I not get into the mug cake phenomenon until now?  When I would see the pictures of mug cakes floating around on Foodgawker.com I thought, seriously, how could a cake be made in the microwave and actually be good?

Well, I am here to tell you mug cake works! Not only does it work, it is incredible. It’s brilliant.  It’s the greatest thing since sliced bread!

I think I may gain 10 pounds this month from adapting this method for making cake.  I created this recipe because I adore cinnamon rolls but I’m not a fan of the prep/wait time.

This can be made, ready to eat in 3 minutes flat.  This cake is surprisingly moist, it has every flavor of a cinnamon roll, it’s easier and last but definitely not least, clean up is a breeze! 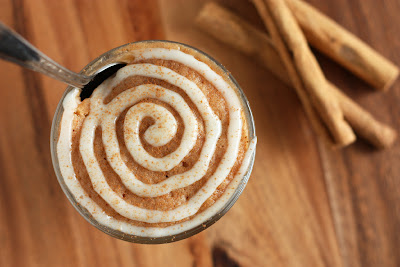 How can I go back to the tedious method of rolling and rising cinnamon rolls now?  I love the idea of mug cakes because really, what dessert can be made so quickly and taste so decadent as though it took hours to make?

How amazed would unexpected guest be when you have this delicious, fancy cake sitting in front of them in just a number of minutes.  If you are not a baker, fool anyone into believing you are with this simple cake =).  It’s easier than making a box of mac n’ cheese.  So spouses that say they can’t cook, see here.  You’ve just run out of excuses. 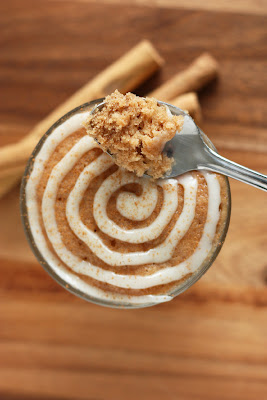 What You’ll Need To Make This Mug Cake; 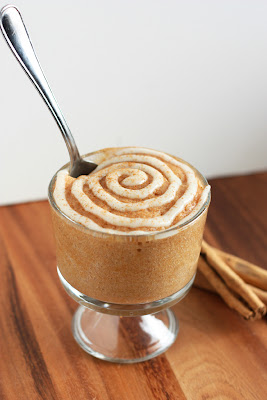 Thanks so much BuzzFeed for featuring this mug cake!! You can see 17 more awesome mug cake recipes on their site HERE. 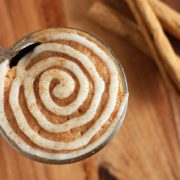 A cinnamon roll mug cake that's ready in only 3 minutes! Looking for a delicious, fluffy slice of cake but don't want to go to the trouble of baking a whole cake? Then this mug cake is for you and it couldn't be easier, you'll have cake for one in no time!
Servings: 1 Serving
Prep5 minutes
Cook1 minute
Ready in: 6 minutes