Cinnamon rolls meet sugar cookies meets a quicker method and what do you get? These amazing Cinnamon Roll Sugar Cookie Bars. Sugar cookie bars were one of the first recipes I posted and back then I had all these ideas for different sugar cookie bars that I wanted to make.

Time went by I sort of forgot about that cinnamon swirl version I wanted to create then suddenly one day I remembered again. Yeah that’s how I work I guess. 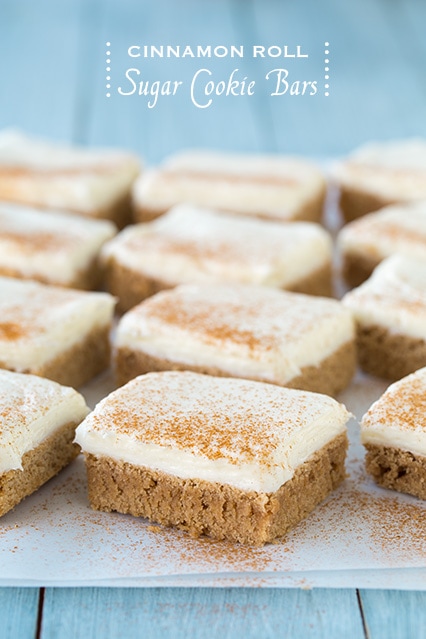 Even if it’s 6:00 am :). Okay, really you probably shouldn’t make them for breakfast because you’ll want to just sit down with the entire pan full in front of you with a fork and knife, a napkin wrapped around your shoulders, with a tall glass of milk standing near by – you know start your day out right :). 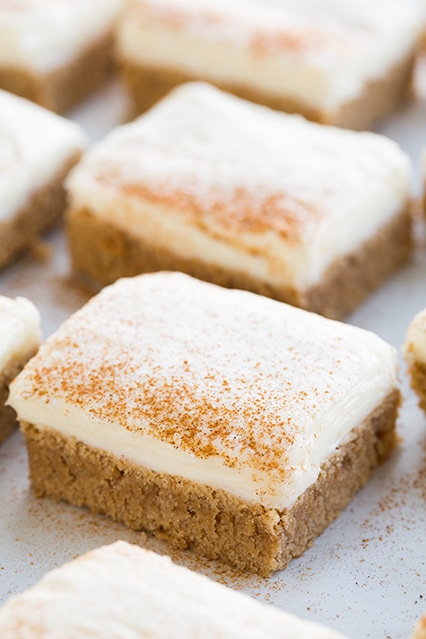 Really these are intended to be more of a dessert but they are completely breakfast inspired. Could we ever get enough of those warm from the oven, cream cheese frosting covered, stick, fluffy and soft cinnamon rolls? I know I can’t so that is why I find a way to make them into something other than just what they are intended to be.

The dough for these is fairly sticky. The first time I made them the dough was more dry and easier to work with, but of course what did that result in? A drier sugar cookie bar.

So, just slather your hands generously in butter (consider it your spa experience for the day) and it should be much easier to work with despite it’s sticky texture. Enjoy! 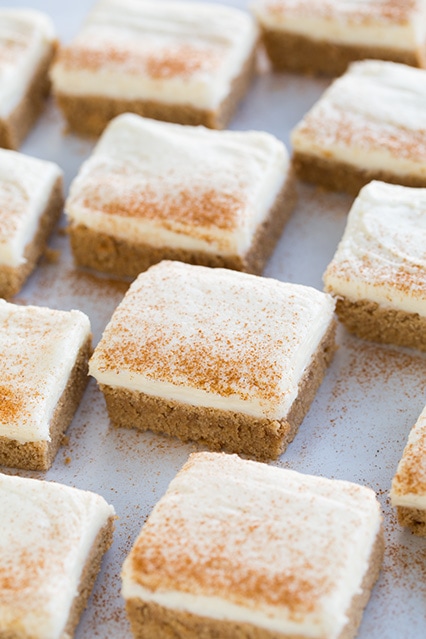