These homemade Funfetti Cupcakes are incredibly moist and fluffy and they’re topped with the most incredible Vanilla Buttercream Frosting. These easy cupcakes are perfect for birthdays, holidays, or as a weekend treat! They’re so simple, yet so delicious. 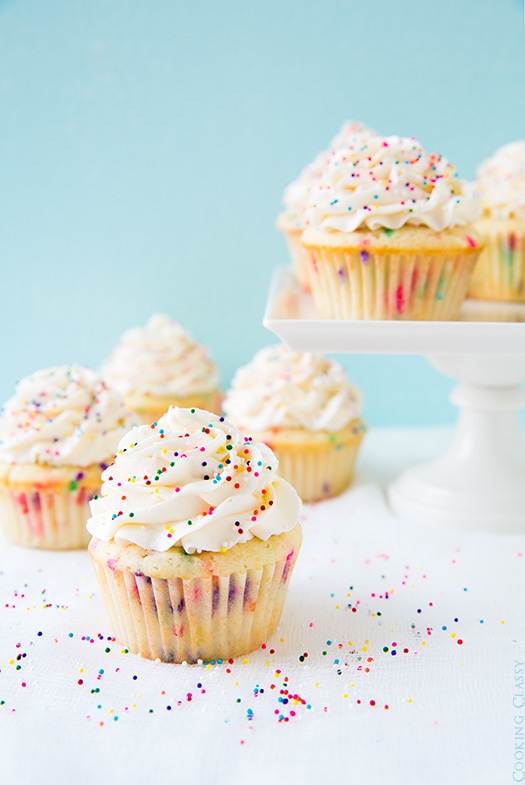 Oh funfetti, how I love you! I’ve never cared much for the boxed funfetti cupcakes — except for when I was a child, of course, because boxed cake was all I knew.

But these! These homemade cupcakes have changed my outlook on funfetti cupcakes forever. They are soft, moist and fluffy, and in my opinion their flavor is utterly perfect.

Enjoy the cupcakes! And Happy Birthday if that’s what your making them for :).

For the funfetti cupcakes, you’ll need:

And for the fluffy vanilla buttercream, you’ll need: 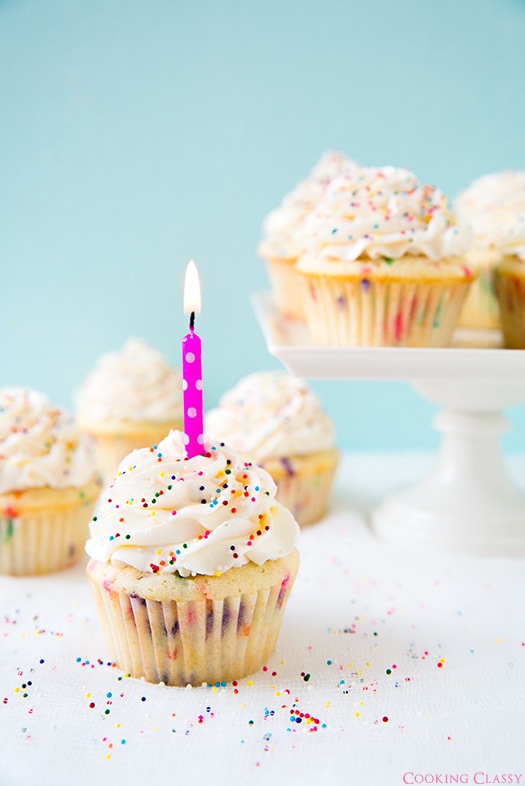 How to Make Funfetti Cupcakes

How to Frost Cupcakes

For these funfetti birthday cupcakes, I used a Wilton 2E piping tip. Leave room at the top of the piping bag so it’s easy for you to apply constant pressure to the vanilla buttercream when piping it onto the cupcake.

You can also use the back of a spoon to smooth out a mound of frosting. Once it’s covered in sprinkles, no one will be able to tell the difference!

How to Store Cupcakes

Store these cupcakes in the fridge in a tightly sealed container (if the container doesn’t have a lid on it, these funfetti cupcakes will quickly dry out!). Let the birthday cupcakes come to room temperature before eating them, for the best flavor and texture. 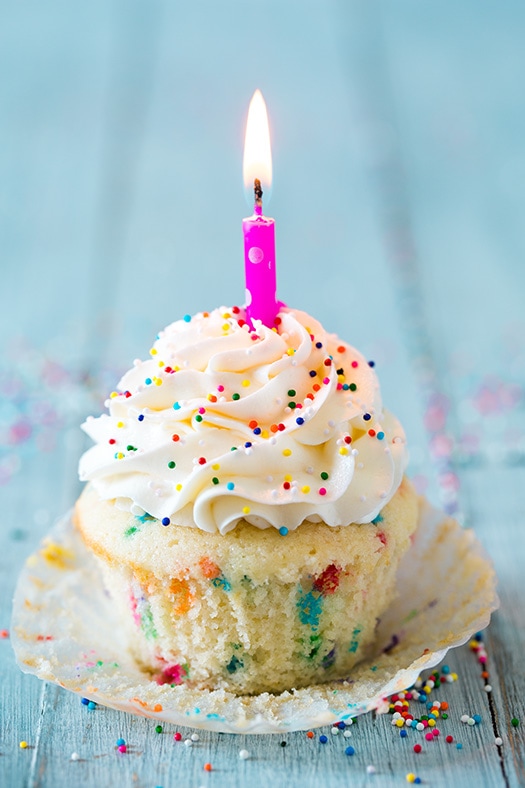 I just wanted to throw in my recommendations for buttercream frosting since it’s been a while: 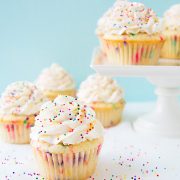 These homemade Funfetti Cupcakes are incredibly moist and fluffy and they're topped with the most incredible Vanilla Buttercream Frosting. These easy cupcakes are perfect for birthdays, holidays, or as a weekend treat!
Servings: 12
Prep30 minutes
Cook20 minutes
Ready in: 50 minutes