Since the gluten-free diet I’ve been on will soon be over, I decided I better get another one of  the baking basics posted in a gluten-free version (I also have gluten-free peanut butter cookies, chocolate chip cookies, banana muffins, and flourless chocolate cookies posted and a number of other naturally gluten-free baked goods like macaroons and macarons). 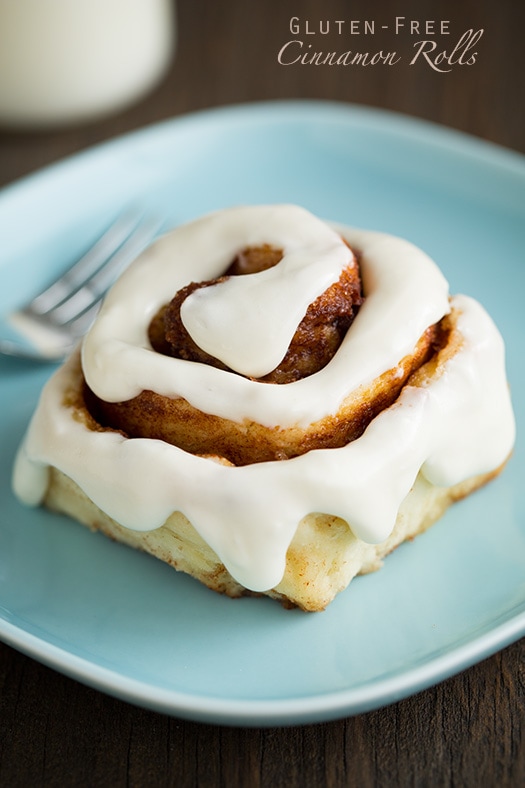 While I have many different gluten-free flours on hand I’m starting to think the white rice, potato starch and tapioca flour is my favorite blend (it’s seems to be the one that is closest to all-purpose white flour) so that’s the one I’m using again in this recipe (I’m pretty new at this gluten-free baking thing, so I could be wrong on what is the closest).

This batch was my second of the day, the first was also good but it needed some tweaking because #1, the dough was so fragile after rising that half of them began to fall apart when cutting into rolls, and #2, well that was about it :).

If you’ve ever made the (gluten version) 1 hour cinnamon rolls then these will remind you quite a bit of those. I seriously couldn’t resist these!

I took them out of the oven and starting eating them without frosting – they were just that good. Of course they only got better with frosting.

Each bite just melted away in my mouth. The real test was my husband and kids. They passed with flying colors with my kids and my husband said after one bite “wow! Those are gluten free? Those are one of the best cinnamon rolls I’ve ever had!” Success.

Not the fanciest looking cinnamon rolls, but looks don’t matter here. These are amazing! 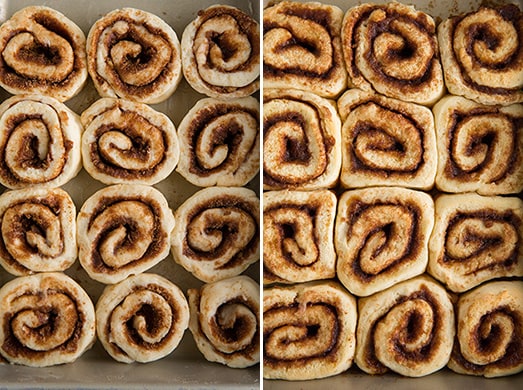 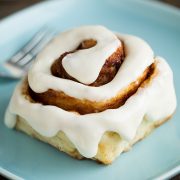 Cinnamon rolls without gluten that are perfectly delicious and ready in 1 hour.
Servings: 12
Prep30 minutes
Cook25 minutes
Ready in: 1 hour