Waffles stuffed with lemon meringue pie style filling – in other words waffles upgraded to the max! They’re a breakfast and dessert in one and people are sure to go crazy for them! 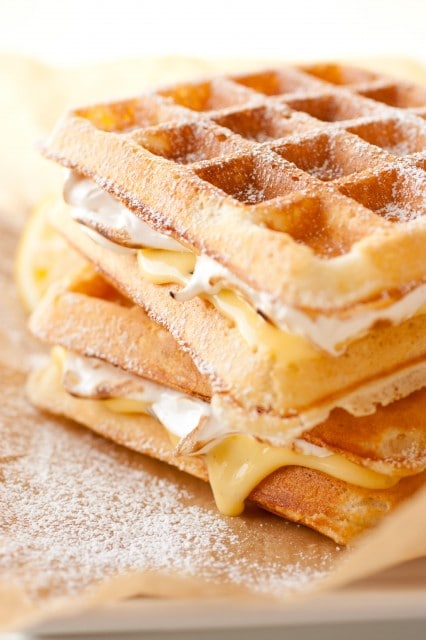 So even after I had taken photos and everything I decided to re- try a second day around to create a more similar replica of the textures and consistency that appeared to me in that photo (yeah I know I’m an annoying perfectionist sometimes).

I decided to go with another marshmallow creme recipe I actually use to frost cupcakes because it has always reminded me of melted marshmallows. Soft, creamy, delicate and melt in your mouth. It was perfect for these waffles and I couldn’t get enough of it. 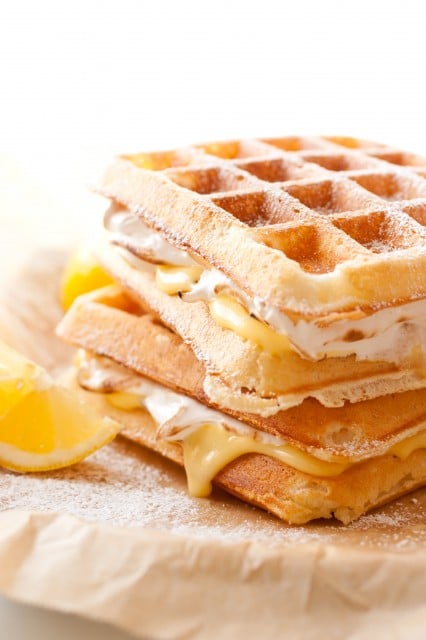 Yes these are definitely more of a dessert than a breakfast but for a special occasion I would feel great about serving these for breakfast (hint hint someone, Valentines a few days away. Breakfast in bed, me, I will kind of be patiently waiting =).

I also wanted to mention for those of you that don’t have the time to make this all from scratch, there could be a short cut BUT you wont get the same unbelievably delicious,vibrantly fresh lemon flavor. You could use and instant lemon pudding mix (I would recommend using less liquid than is recommend on the box and also replacing some of the milk with heavy cream).

But if you do have the time – PLEASE try the lemon cream recipe below! Enjoy and yes, indulge in the finer things in life once in a while! 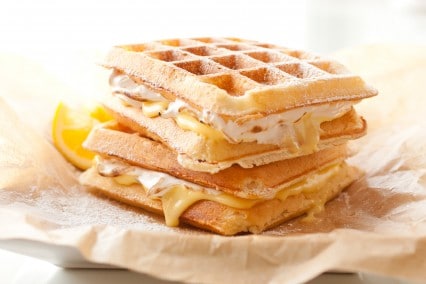 …and then I began to devour them. 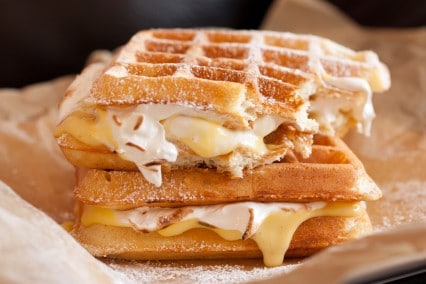 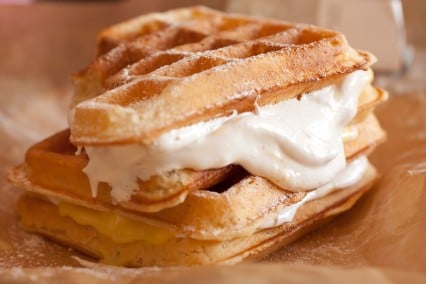 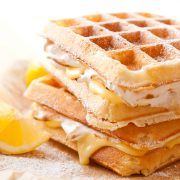 Waffles stuffed with lemon meringue pie style filling - in other words waffles upgraded to the max! They're a breakfast and dessert in one and people are sure to go crazy for them!
Servings: 7
Prep40 minutes
Cook30 minutes
Chill2 hours
Ready in: 3 hours 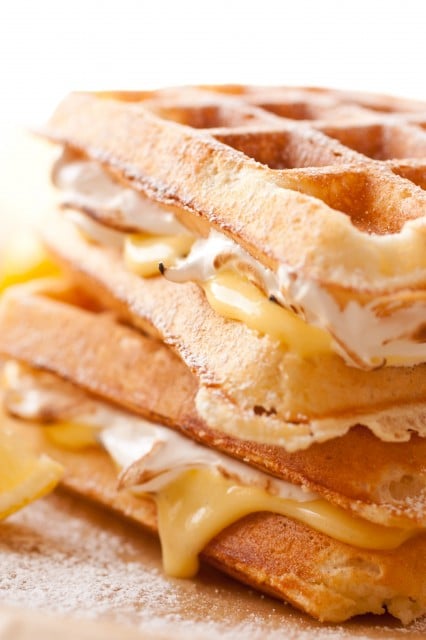