Doughnut muffins are quickly becoming my favorite kind of muffin. The texture, the glaze, the frequent use of nutmeg, their tempting muffins tops; yeah those muffin tops, seriously, good luck not stealing the rest off of any remaining muffins after they’ve been served – if you can even make it as far as serving them to other people in the first place.

I should have known I’d have a hard time resisting these muffins, anything that has the word “doughnut” in it’s title is going to be calling my name. And the best part is that these are baked, so no frying mess (and smell) here. 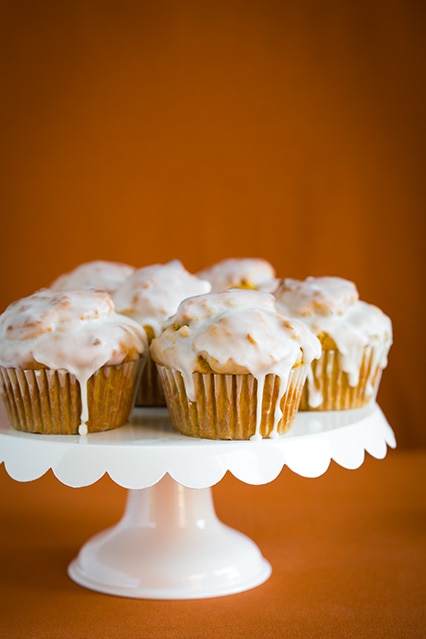 These delectable muffins are perfect for the season at hand, but most likely you’ll be wanting to make them all year long, so keep that pantry stocked with pumpkin.

I love how the pumpkin adds the pumpkin pie-like flavor we all crave while adding in moisture and helping with the texture.

And all that spiced, fluffy, pumpkin-y muffin goodness covered with that perfect, sweet, shell like vanilla glaze, that will crack like a fault line when you poke a fork through it.

I could talk about these muffins all day, but I won’t. I’m just going to tell you, go make them. Let’s stop wasting time that could be used making these lovelies instead. Enjoy! 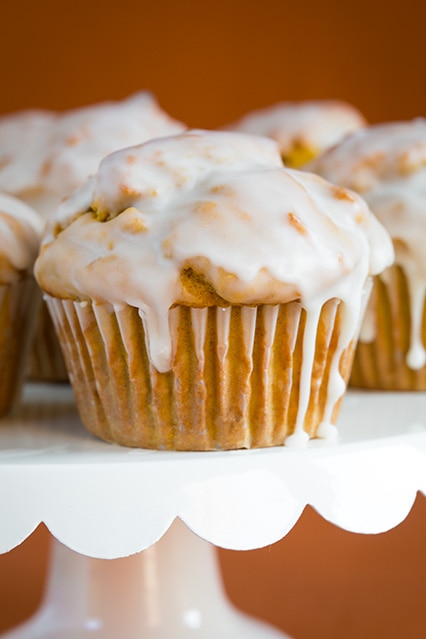 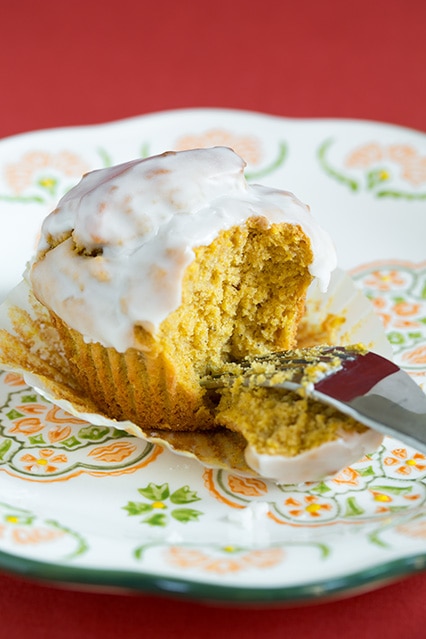 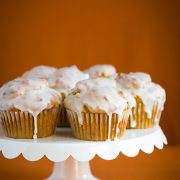