In this recipe you will find all the flavors of fall together in one bowl of perfectly crunchy and sweet, pumpkin flavored granola. 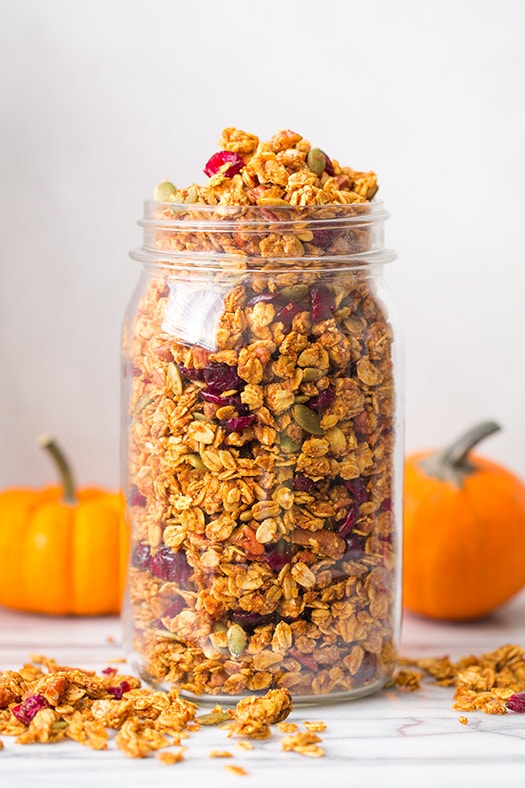 The spices of fall baked goods are my favorite, so today I added them to a traditional granola along with a fair amount of nuts (for good crunch), both pecans and pumpkin seeds, then this sort of concentrated pumpkin puree and I finished it with some tart dried cranberries. They way all of those ingredients pair together is simply dreamy. This granola is amazing to say the least. It will definitely be my go to fall granola.

Pumpkin granola can be a little tricky because of all that excess moisture in the pumpkin. With granola we are working to dry it not make it wetter. After my first attempt of adding pumpkin puree as is I ended up with a pumpkin granola that was slightly soggy,  so I determined to simply squeeze a fair amount of the pumpkins moisture out using paper towels. It worked like a charm because the second time around I got just what I was looking for. A deliciously crunchy granola with just the right amount of flavor.

Want to pin this for later? Follow link HERE. 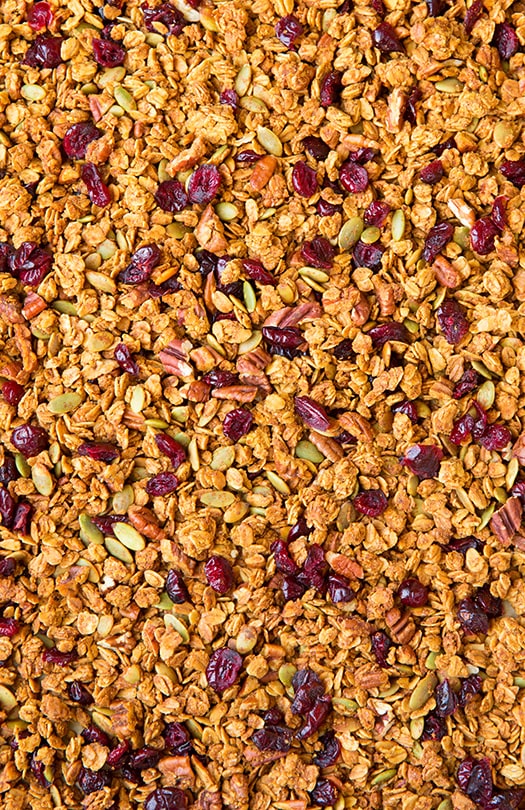 The perfect autumn granola recipe! It's tossed with tasty pumpkin and spices and finished with crunchy pumpkin seeds and sweet cranberries.