So I suddenly have a cinnamon sugar obsession. I guess that’s not something that’s not so suddenly new for me :), I’ve always loved anything cinnamon sugar. The Browned Butter French Breakfast Muffins I made yesterday  which were generously coated in cinnamon sugar reminded me that I’ve been wanting to make and post a snickerdoodle cupcake  – so here it is. 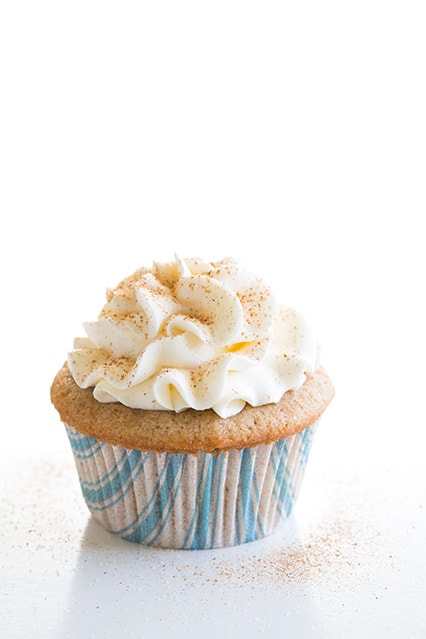 These are without a doubt one of my new favorite cupcakes (do I say that every time I post a new cupcake recipe :). I think it’s that unbelievably fluffy vanilla buttercream I can just never get enough of. But really these are so much more than just their frosting.The entire cupcake was utterly and inexplicably delicious! Whenever I create a cupcake that first bite is always a big oooh I hope they are going to be good – because as you know baking is a science so when I make a cupcake recipe I’m never certain how it will turn out.

I always hope for the best and with these I’m going to have to say I got it. I would take these over a  snickerdoodle cookie any time any day, and don’t get me wrong I’m a total cookie lover but these are basically that cookie in fluffy cupcake from, with a generous amount of frosting topping them and a perfect little dusting of cinnamon sugar.

I love cupcakes, the flavor options are endless. Please make this version of cupcakes one you make soon, you won’t regret it (except maybe when you are going back for your third cupcake). Enjoy! 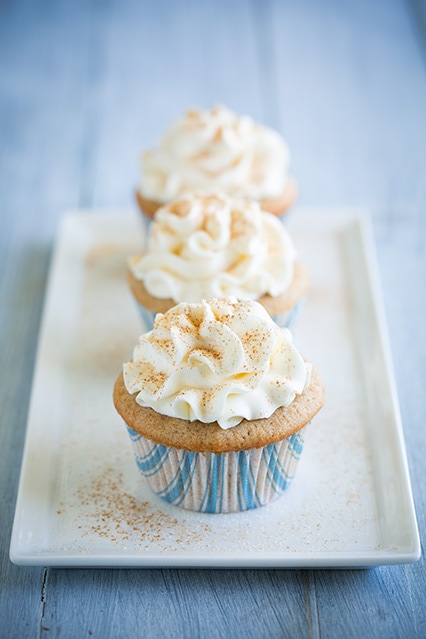 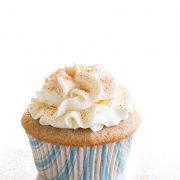