These Candied Pecans are one of my favorite treats ever! They’re deliciously sweet, cinnamon spiced and perfectly crunchy coated pecans that are so easy to make and only require a few basic ingredients.

They’re great for parties and gifts because everyone always loves them, and of course they make the best midday snack! 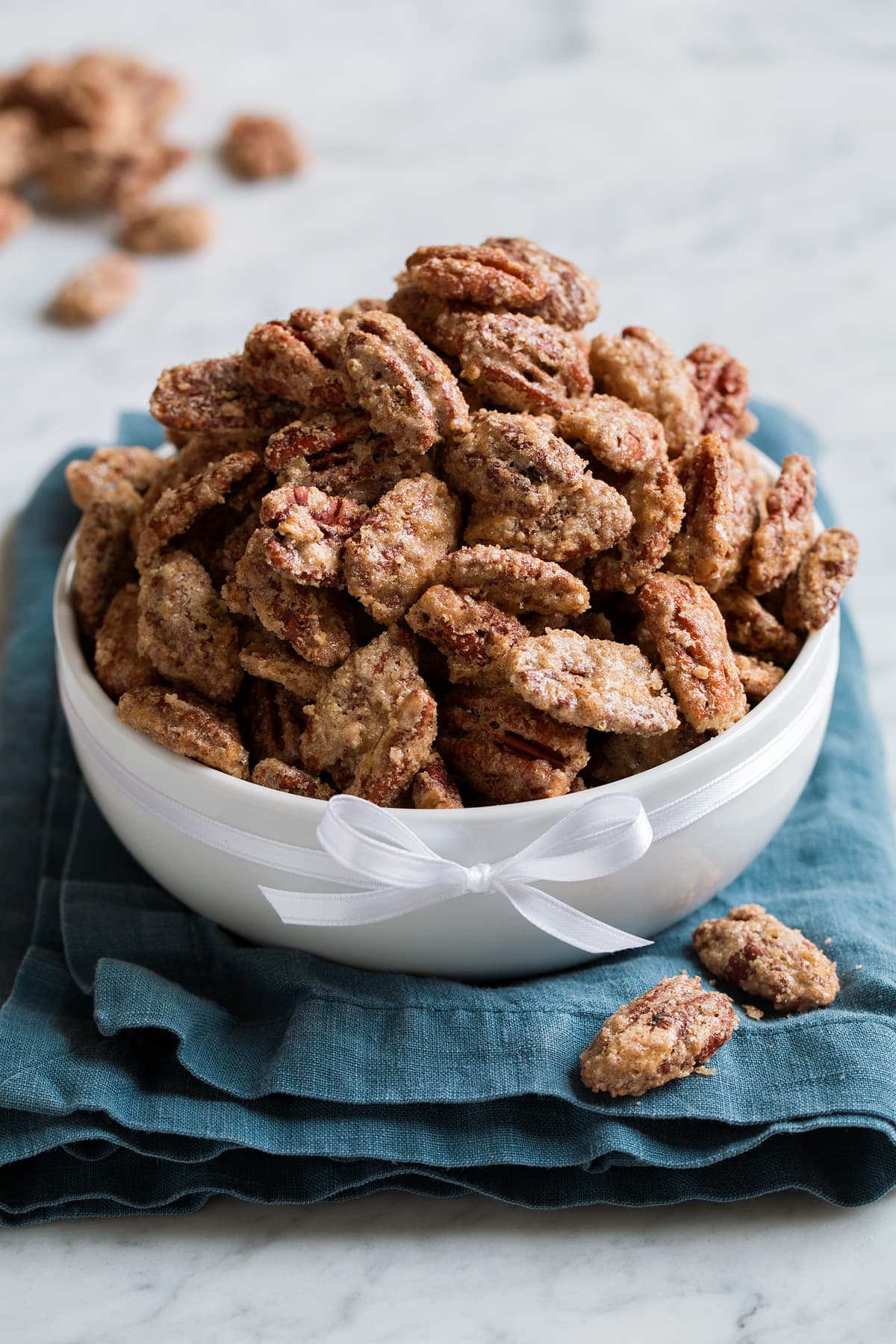 Lets just start out by saying these Candied Pecans are dangerous! Who knew such simple ingredients could make something so tempting and addictive?

I started making the cinnamon sugar almonds like 10 years ago and I hadn’t even tried any other nut until today. Because I was out of almonds :).

And guess what? I actually like the pecans even better because they have a more delicate and melt-away crunch than the almonds do and they have more cracks and crevices for the sugar mixture to coat.

I basically guarantee if you take these to a party they will be gone in no time. They’re cinnamon caramel flavor coating is insanely delicious. And you’re going to love how quick the prep is.

No candy thermometer required and tending to a hot bubbling syrup, instead here we just coat with a simple mixture and oven bake them for an hour.

Short list of ingredients, simple yet incredible flavor, easy prep – we could all use more recipes like this during the holidays, right? Just try not to eat half the batch before you get around to gifting them (I really have a hard time with that one). 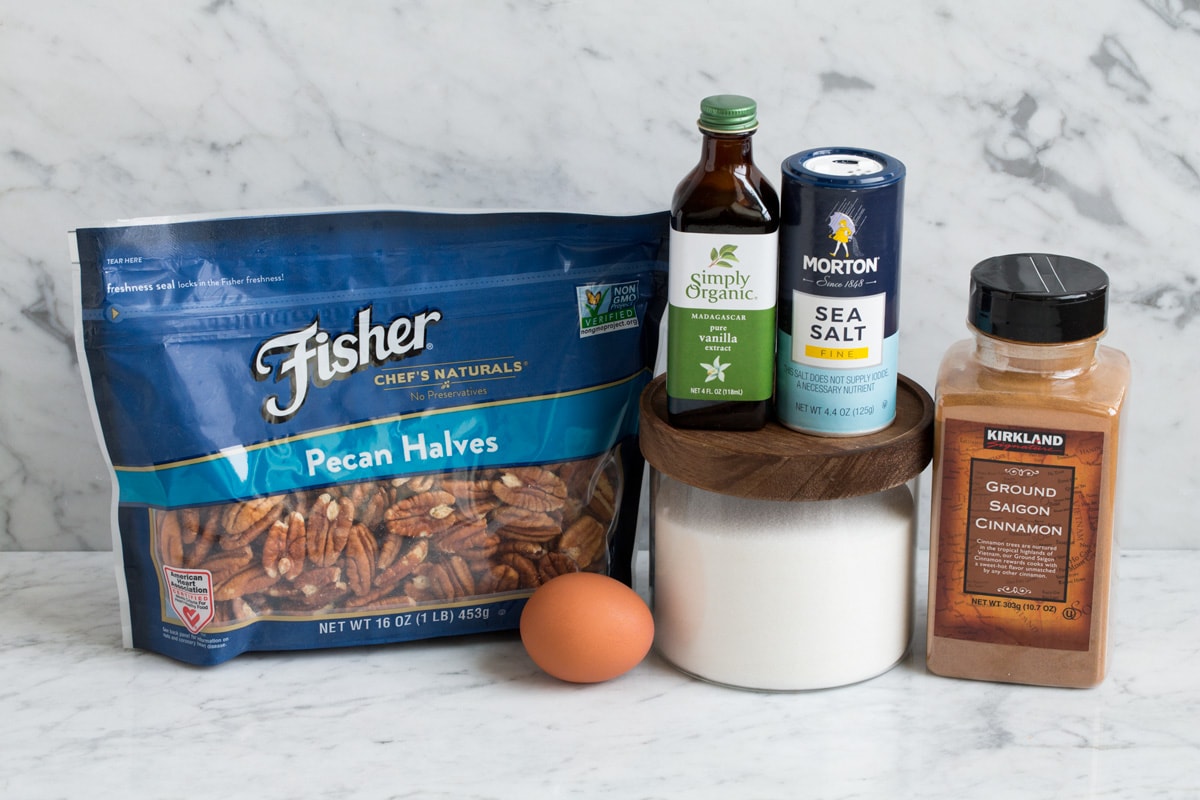 What Ingredients are Needed for Candied Pecans?

I love that this recipe calls for basic pantry staples you likely already have on hand! You’ll need: 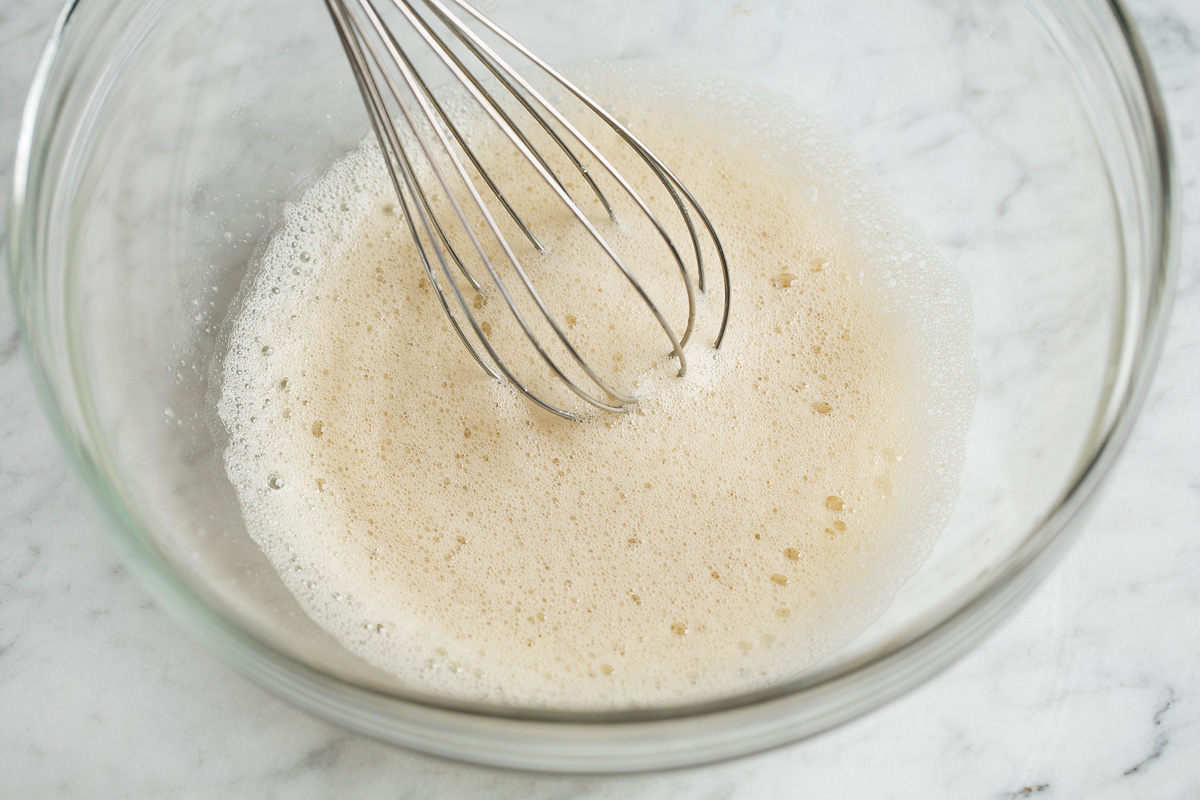 How to Make the Best Candied Pecans: 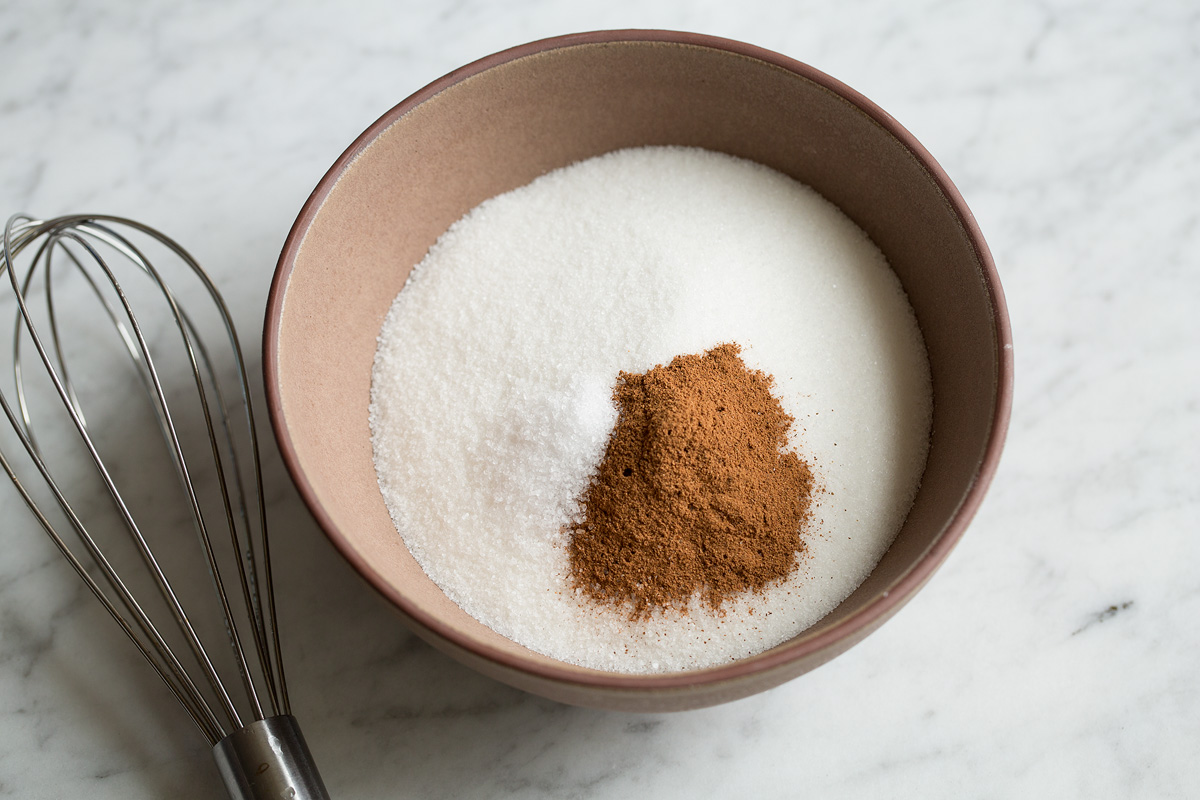 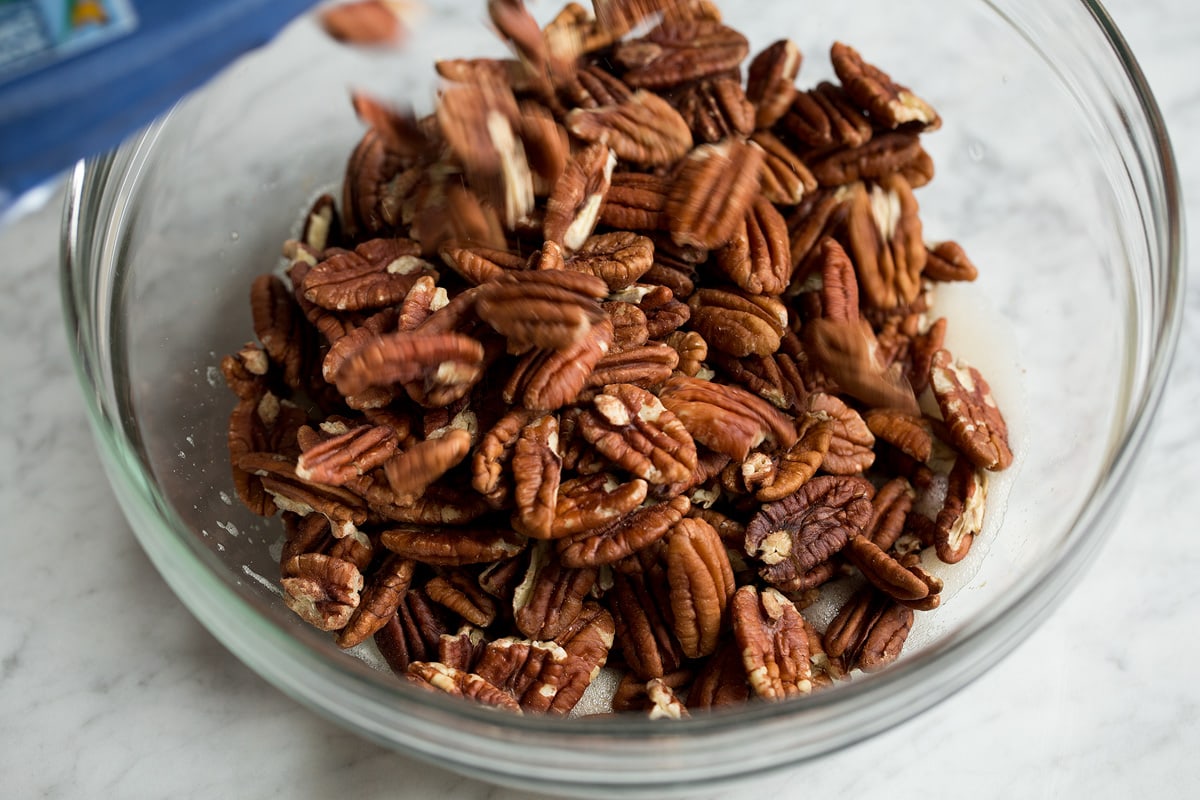 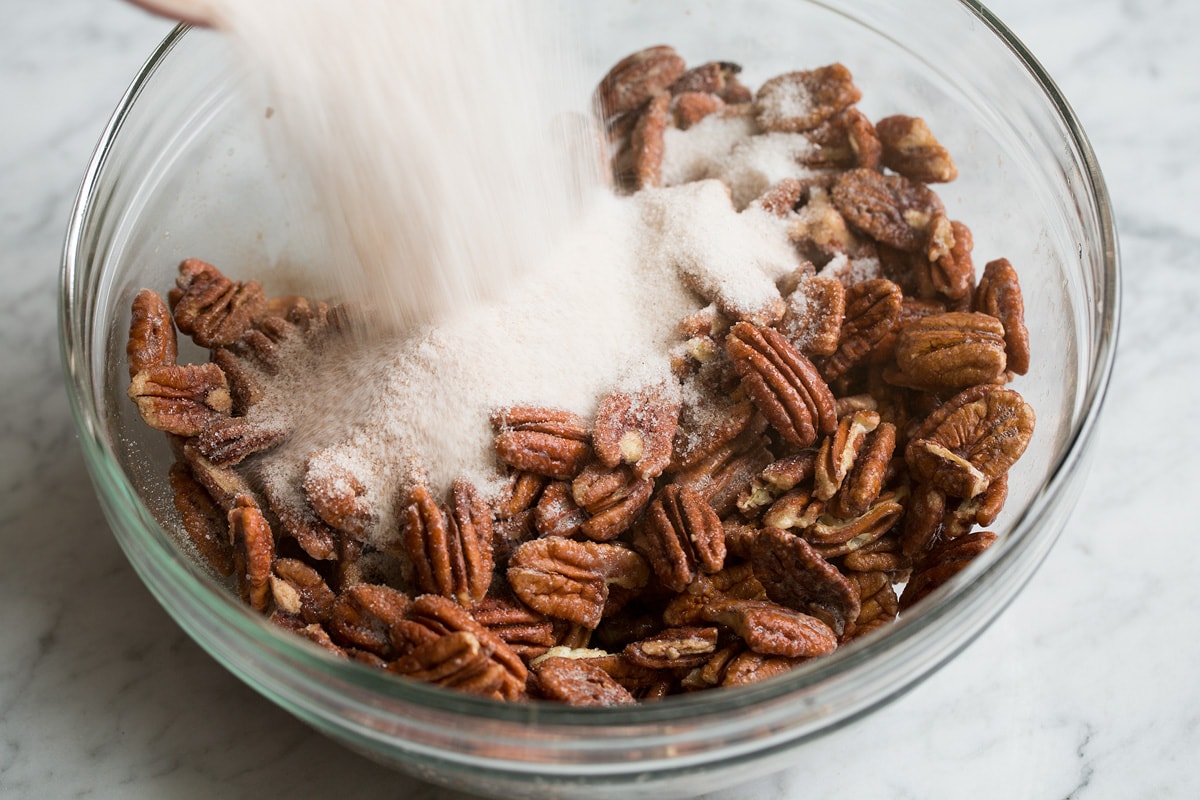 How Long do They Keep?

Can I Freeze Them?

Yes! I have some in the freezer now and I actually eat them straight from the freezer. They should freeze well in an airtight container about 2 – 3 months. 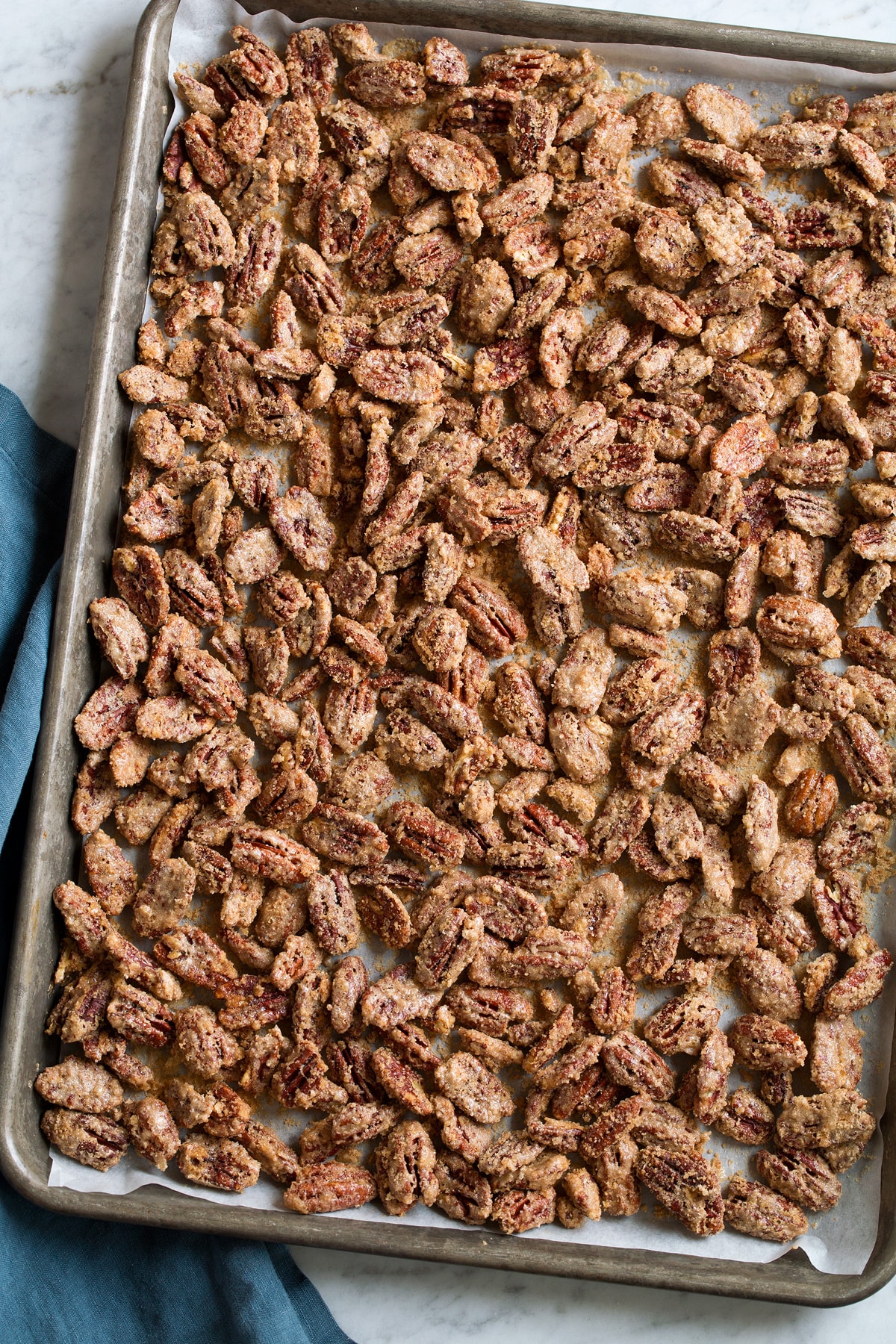 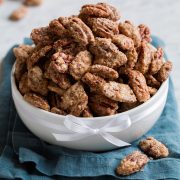 These are one of my favorite treats ever! These deliciously sweet, cinnamon spiced and perfectly crunchy pecans are so easy to make and they only require a few basic ingredients. They're great for parties and gifts because everyone always loves them!
Servings: 16 Servings
Prep10 minutes
Cook1 hour
Ready in: 1 hour 10 minutes