Can you ever have too many cupcake recipes? Never! Here’s one that I’m so excited I’ve gotten around to trying. I finally bought a kitchen torch about a year ago but I can’t believe I haven’t posted any creme brûléed desserts yet.

I love creme brûlée and the way its sugar coating nearly instantly caramelizes thanks to those ingenious kitchen torches. I almost feel magic :) as I watch the sugar melt into tiny round beads, then spread and rapidly change from a soft white to various vibrant colors. 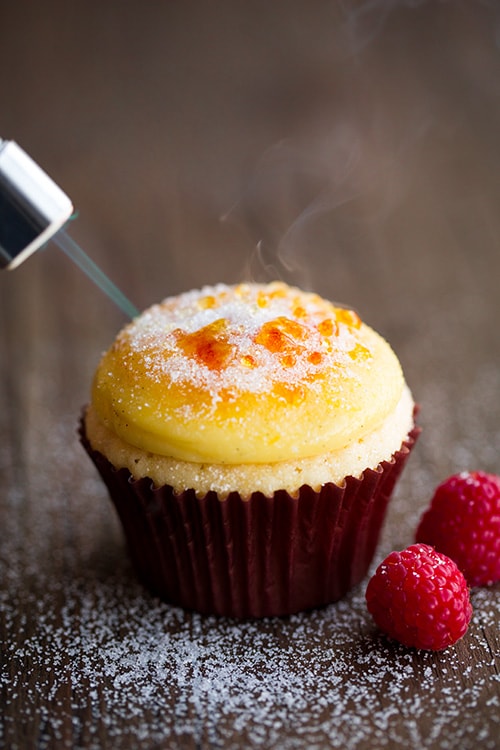 If you are like me and love French pastries then you’ll adore these cupcakes. Not only do you get a delicious homemade cupcake but you also get a rich, vanilla bean pastry cream topping that’s generously coated with sugar and brûléed to a crisp and crunchy perfection.

To take a fork (or to skip the fork, because who needs it when you’ve got a cupcake this good) and break through that toasted sugar shell, into a lush pastry cream and through a fluffy cupcake is utter bliss I tell you.

The textures, the flavors and just the simple elegance of this cupcake with have you smitten. It is definitely a must try cupcake! Enjoy! 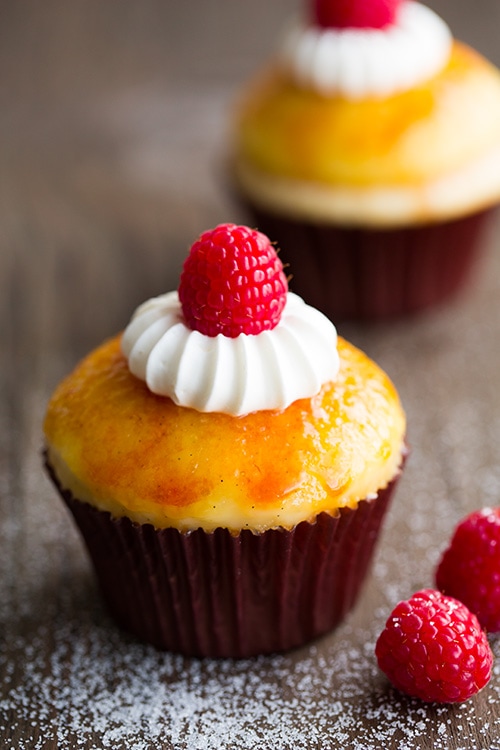 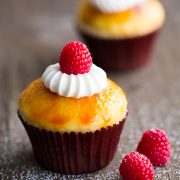 One of the most tempting decadent cupcakes you'll ever make! Two of the best desserts collide, luscious caramelized creme brulee and soft tender cupcakes, for a treat no one can resist!
Servings: 12
Prep45 minutes
Cook35 minutes
Chill2 hours
Ready in: 3 hours 20 minutes