So, I have finally done it! My first food blog post! Raspberry Swirl Rolls, they are divine! If you like raspberries you will love these! Fresh out of the oven they melt in your mouth!

They are light and delicate, which is one thing I dislike about cinnamon rolls, they are so dense and you basically feel weighed down after you eat one. 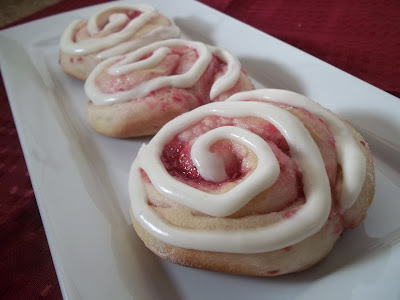 These unite cinnamon roll lovers and haters. The combination of the raspberry roll with the cream cheese frosting is one of my favorites! It is reminiscent of the flavors of raspberry cheesecake. Before you begin making these have in mind friends you’d like to share with or you will want to eat every last one by yourself! 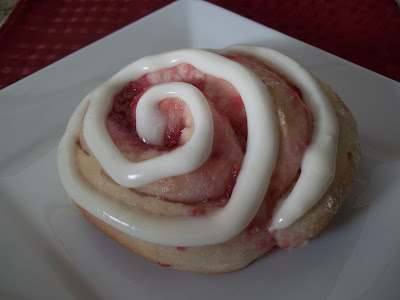