What would the world do without Samoas? For me, there would definitely be a void I’d have a hard time filling. The infamous Samoa Girl Scout cookies are definitely my favorite of the varieties they offer.

I have a huge weakness for the Samoa ice cream at the grocery store too, and I may or may not pick out the Samoa cookie pieces when I’m dishing my family’s ice cream up and eat them myself. Let’s keep that a secret.

They are probably feeling totally ripped off when they only find 1 cookie piece in their bowl :). I make up for it in other ways though, like making these cupcakes for them. I can manage to share these, I guess. 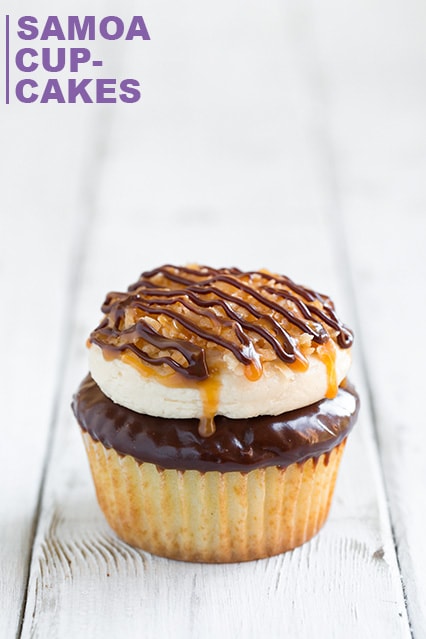 These are my idea of a Samoa cookie in cupcakes form. This begins with a moist vanilla cupcake which is dunked into a thick chocolate ganache, then it’s piped with an unbelievably delicious caramel buttercream frosting which consists of a fair amount of homemade caramel sauce.

Then it’s sprinkled with perfectly toasted coconut and lastly it’s finished of with a dainty drizzling of the remaining chocolate ganache and caramel sauce (word to the wise, don’t take the caramel sauce off too early or you’ll be missing out on the deep caramel flavor, also careful not to burn it or it will become slightly bitter. Push it to the limit without getting it burned).

Cupcakes are one of my favorite things to make and share here. I love that they are in individual servings, they seem much easier to decorate than a whole cake, they cool quicker than a full cake, and really who doesn’t love a good cupcake?

If you like Samoa cookies (if you haven’t tried Samoa cookies, just think chocolate, toasted coconut and caramel over vanilla shortbread) then you’ll love these decadent cupcakes! Enjoy! 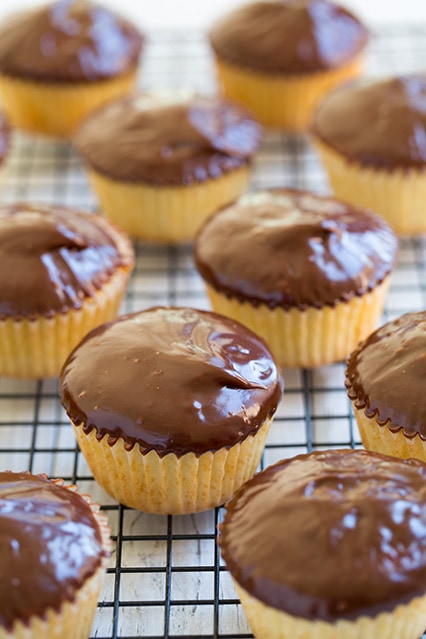 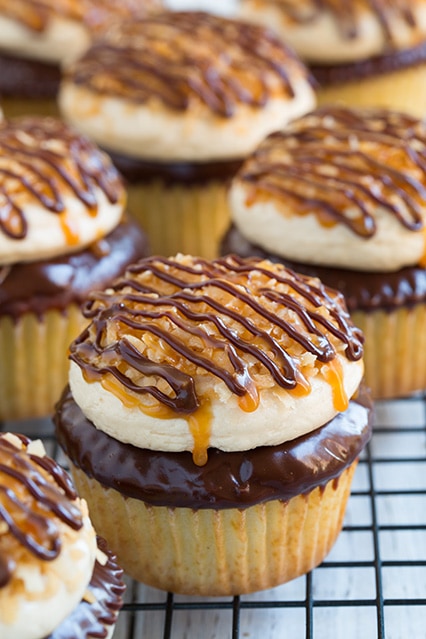 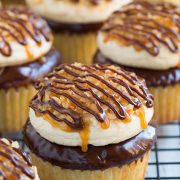 All the flavors of those crave-able samoa cookies in soft and fluffy cupcake form! Two of the best desserts in one!
Servings: 12
Prep45 minutes
Cook35 minutes
Ready in: 2 hours