The fastest cinnamon rolls you’ll ever make! Made from scratch and they can be ready in 45 minutes! Ooey gooey, tender buttery cinnamon finish with a sweet and simple cream cheese icing. These are sure to satisfy! 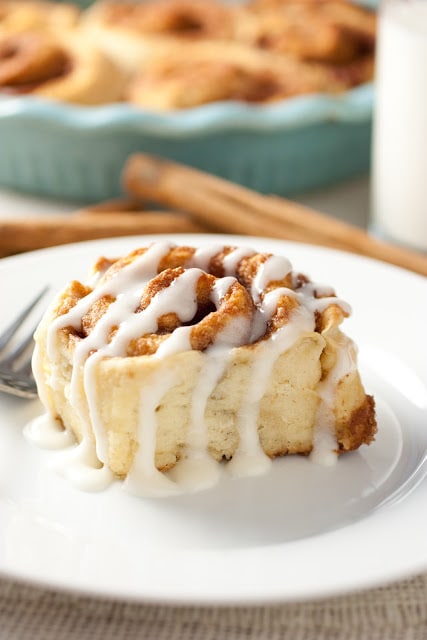 Cinnamon Rolls Ready in Under 1 Hour!

Too often I get a huge craving for a fresh, made from scratch, warm out of the oven cinnamon roll but so often I don’t want to wait the 3 – 4 hours it takes to prepare them with all those tedious and lengthy rise times. Yes, I love a good yeast based cinnamon roll, but is the yeast absolutely necessary? Well, I decided to find out for myself.

Recently, I’ve been reading through the “The Quick Recipe” from the Editors of Cook Illustrated Magazine and came upon their recipe for Fastest Cinnamon Buns. I knew I had to try it for a number of reasons. First off I’m yet to be let down by Cook’s Illustrated.

If you are looking for a cookbook that you will likely love and cherish for life, I’d recommend any of the Cook’s Illustrated cookbook collections. They are fabulous. And second I’m a cinnamon roll addict so if it can be done in anywhere under the usual 3 hours, then I’m in.

Normally when I try someone else’s recipe I like to make quite a few of my own changes, but this time around I mostly just made minor changes. The changes I made from their recipe were using a little more cinnamon as well as nutmeg instead of cloves (I just like it better). 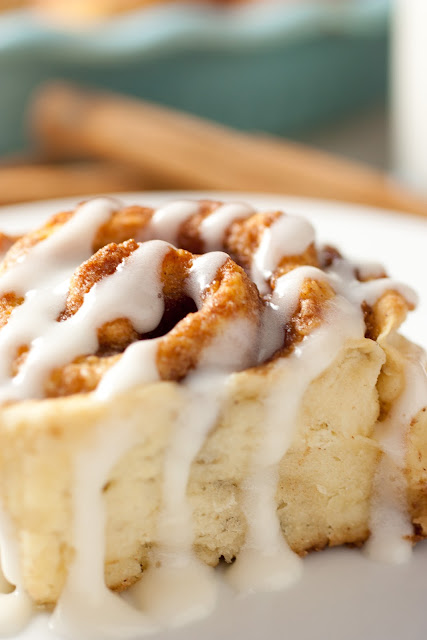 Cinnamon Rolls Made with Baking Powder, No Yeast Required.

I’m telling you, this recipe is amazing! Not only is it the fastest batch of cinnamon rolls I’ve ever made but they also tasted spectacular. The texture was slightly different from that of a yeast based cinnamon roll. It didn’t have the same stretch you get from using yeast, but other than that not a whole lot of difference.

I will definitely continue to make My Favorite Cinnamon Rolls (the other cinnamon roll recipe I’ve posted) but when I don’t want to wait that long I will always turn to these.

I should also mention Cook’s illustrated listed the total time to be 55 minutes, which included 5 minutes of cooling in that time. I say they were being generous with the time they allotted I had these prepared and out of the oven in just under 45 minutes. Just be sure to make the glaze while they are baking to save time. Enjoy! 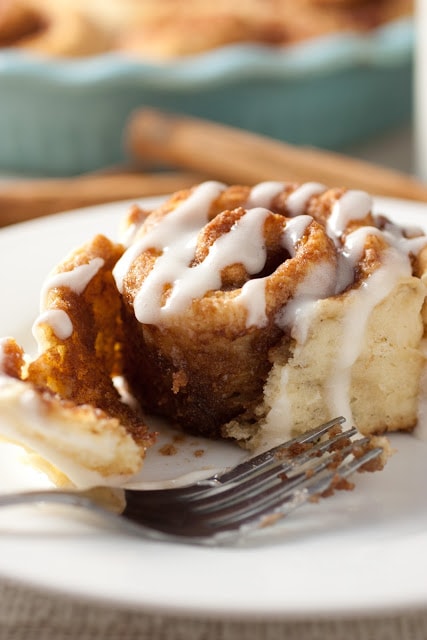 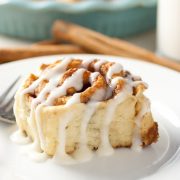 The fastest cinnamon rolls you'll ever make! Made from scratch and they can be ready in 45 minutes! Ooey gooey, tender buttery cinnamon finish with a sweet and simple cream cheese icing. These are sure to satisfy!
Servings: 8
Prep23 minutes
Cook22 minutes
Ready in: 45 minutes