I love dressing up classics with a new and exciting twist.  I’d have to say I like these equally as much as cinnamon rolls (which is really saying something because a fresh warm cinnamon roll is one of my favorite foods). 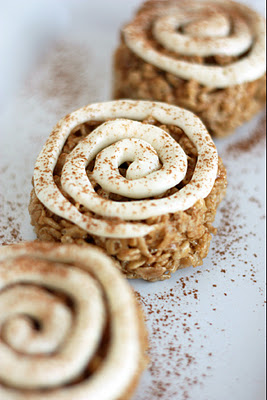 The incredible thing about these is that they taste just like a cinnamon roll but they can be made in a tenth the amount of time it takes to make a cinnamon roll.  Bonus, they don’t have nearly as many calories as a cinnamon roll.  You can make these two different ways, as pictured, or spread into one even layer and cut into squares.

Either way, completely and utterly delicious (I ate 3 just after making them, oops =)!   They are even incredibly good without the frosting.  These would also be good with chopped pecans sprinkled on top or folded in along with the cereal if you like nuts in cinnamon rolls. 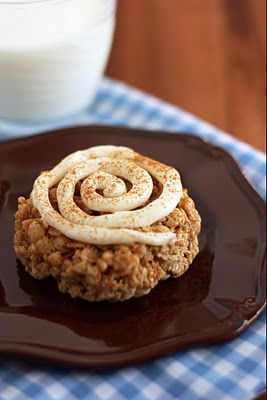 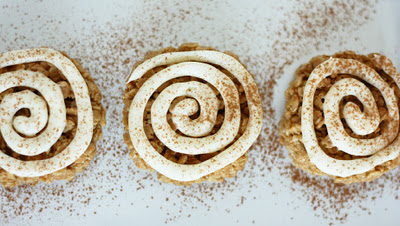 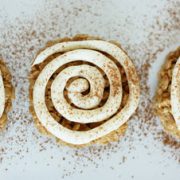 If you don't like a lot of frosting then half the recipe for Cream Cheese Frosting is plenty.
Course: Dessert
Cuisine: American
Keyword: Cinnamon Roll Rice Krispies Treats
Author: Jaclyn