Browned Butter French Breakfast Muffins. Don’t you just love when you find a simple recipe that calls for very basic ingredients yet it turns out full of flavor and unbelievably delicious? This is one of those recipes. These are easy, and minus the wait time for the brown butter to cool they are very quick to prepare. 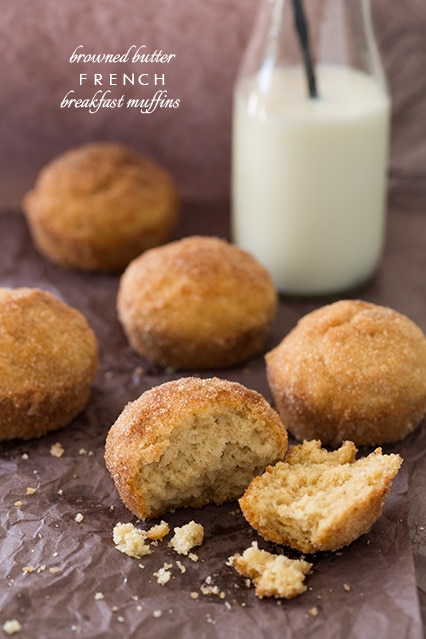 This is one of those mixing bowl and wooden spoon recipes. I’m kind of nervous I’ve finally tried french breakfast muffins because with the browned butter addition they are seriously one of the best breakfast treats ever!

Their fluffy centers are soft and crumbly while their outsides are almost seemingly crisp yet they melt away since they are drenched in browned butter, then to finish it off there’s that generous coating of delicious cinnamon sugar that none of us can seem to get enough of.

Without a doubt these muffins are love at first bite. Good luck saving some for the rest of your friends and family :). I guess it’s a good thing the batch only ended up making ten instead of a full dozen.

Yes again, I will admit to my browned butter addiction. If you don’t yet have this addiction – please do manage to pick it up :). If it weren’t so bad for me I’d drink the stuff as if it were a protein shake. 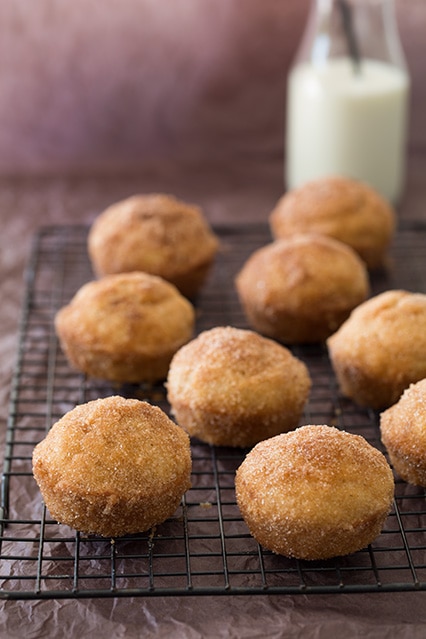 This is my first time trying french breakfast muffins and I thought browned butter would only make them that much better, and even though I’ve never tried the original variation I’m quite certain I’ll never want to; now that I’ve had them this way.

With this recipe you will likely have an extra tablespoon of the browned butter left (after dipping) and about the same amount of cinnamon sugar, so either sit there and sip it by the spoonful while no one is looking or hold your head high and show no shame and just drink it right from the bowl.

I’m only joking, save it for your oatmeal the following morning because unfortunately these muffins you made will most definitely be long gone by then. Enjoy! 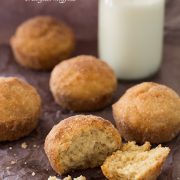