This is pure pasta comfort food right here! You wouldn’t believe how delicious this pasta is, that is, until you try it! You definitely need to add this one to your menu, and make it like, today. This ravioli is so easy to make (you begin with a store-bought ravioli after all. One day I’m going to get around to making it homemade but today, no one has time for that). 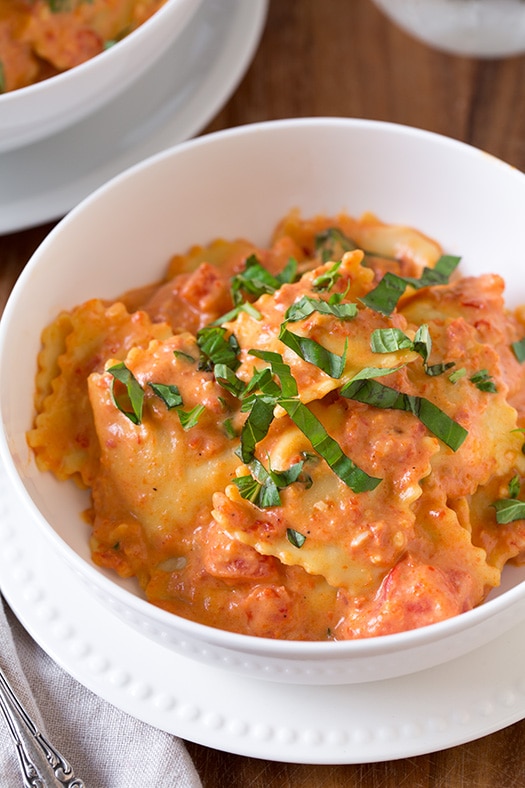 This might require a few steps, like the fact that you have to mince the sun-dried tomatoes, and peel and seed the fresh ones, but despite that you can easily have this meal ready in under 30 minutes. Just be sure to prepare to sauce while the pasta is boiling so 1. you save time and 2. so the ravioli doesn’t start to stick to each other.

One thing I love about this pasta is that it isn’t made with an alfredo sauce that consists of a base of just cream and butter. I’ve faded that out for myself long ago, it’s rare I make sauces like that anymore. I try to make them a little lighter so you don’t have to feel so guilty about eating it.

That’s why they consists mostly of milk along with a roux to thicken and just enough cream to make it rich and creamy. I think when a sauce has too much cream it can be overwhelming, as in just too rich. And I’m the girl that is obsessed with cream, my mom passed the obsession down to me, it’s just in my DNA.

I hope you love this one as much as I do! I really just could not get enough of it (it was a new flavor for my kids so they only ate about half and I gladly helped finish it off :). Enjoy! 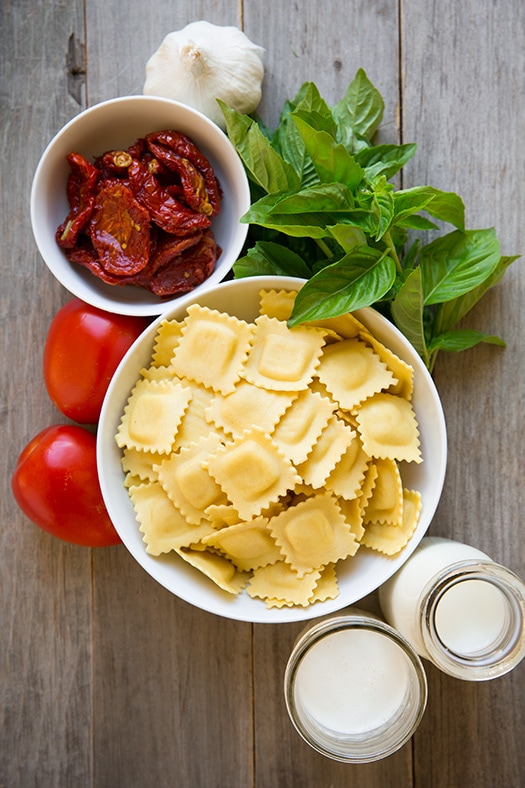 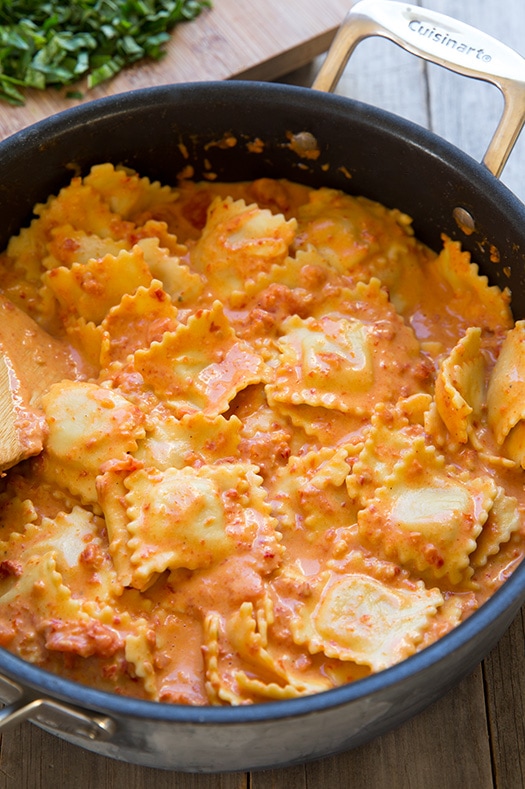 Such a flavorful ravioli recipe! The sun dried tomatoes and basil and so much deliciousness.