Any day is a good day for apple pie, right? To me apple pie isn’t just a Fall and Thanksgiving dessert, I want apple pie all through out the year. Why have such a good thing only once a year? Also, why stick with an ordinary pie? I love turning things into bar form. These are everything you get in an apple pie but in perfect, hand hold-able, individual bars. 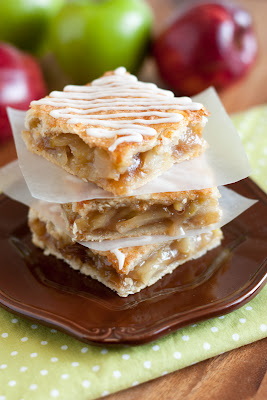 These are one of my favorite things I’ve blogged yet. I’m so excited with how well they turned out. Sometimes the things I make for this blog can only be titled as an experiment (an obviously I don’t post them, in case you were wondering) because they end result doesn’t turn out how I want it to. These however, are something to brag about =).

Just like a regular apple pie these do require a bit a work but I’m telling you it is so worth it! You can serve these warm with vanilla ice cream or allow them to cool almost entirely and drizzle them with the creamy vanilla glaze (it will remind you of a toaster struedle only a thousand times better. Got a craving for apple pie?

You’re going to want to try these delicious Apple Pie Bars! Sweet, deliciously spiced, gooey apple filling is surrounded by a flavorful, flaky buttermilk crust then it’s finished with a delectable, silky vanilla glaze, do things get much better =)? Enjoy and share! 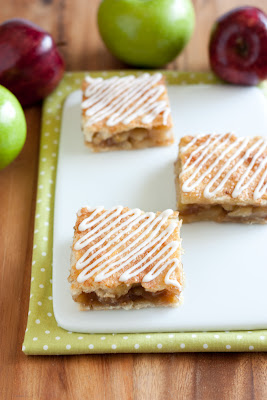 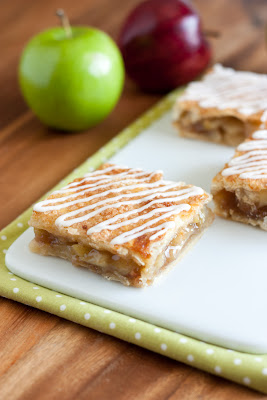 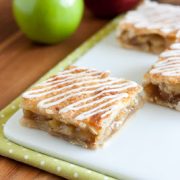 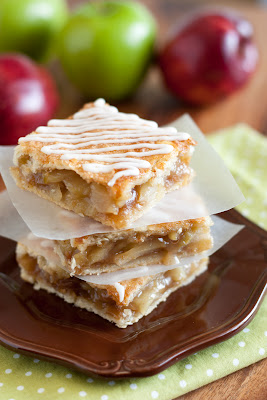