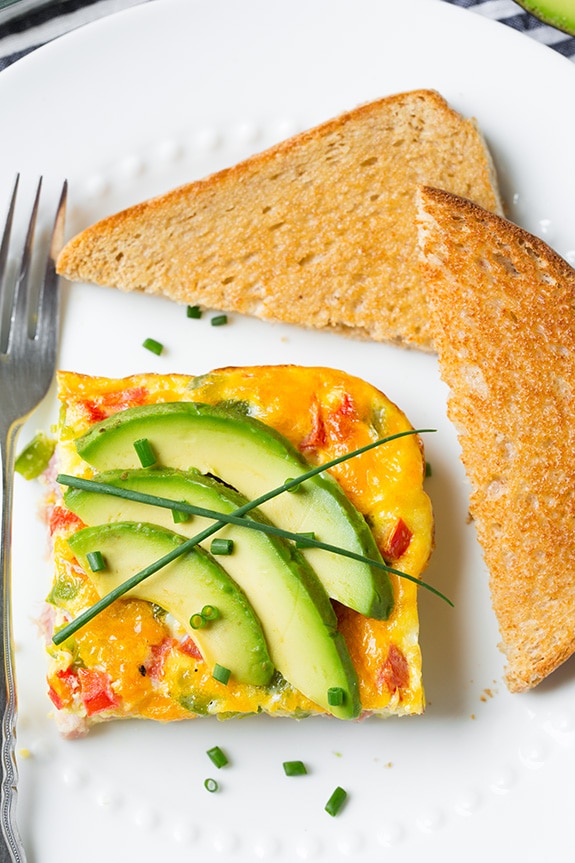 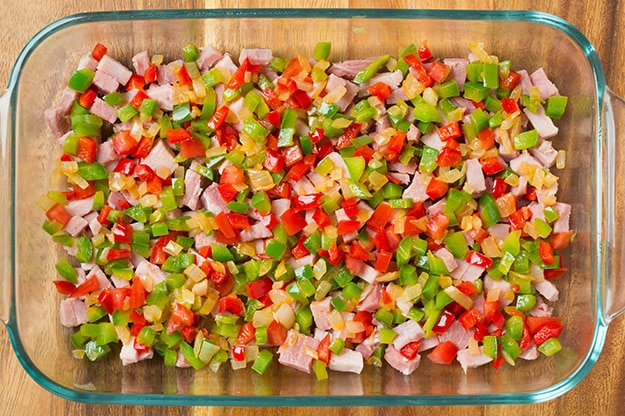 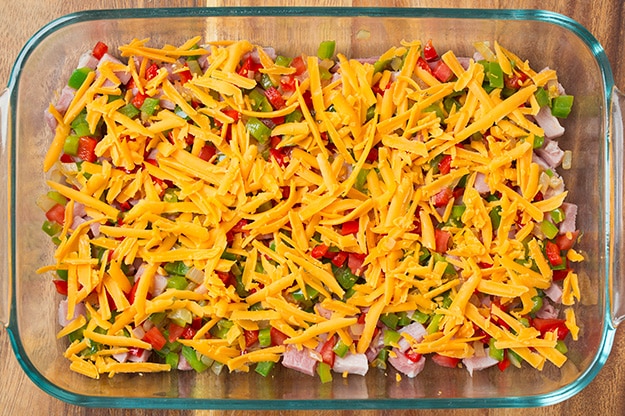 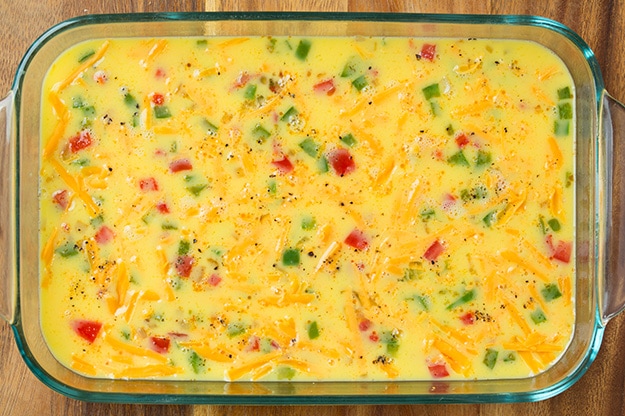 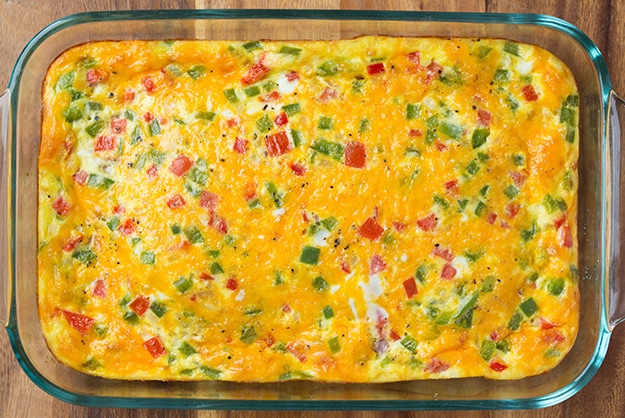 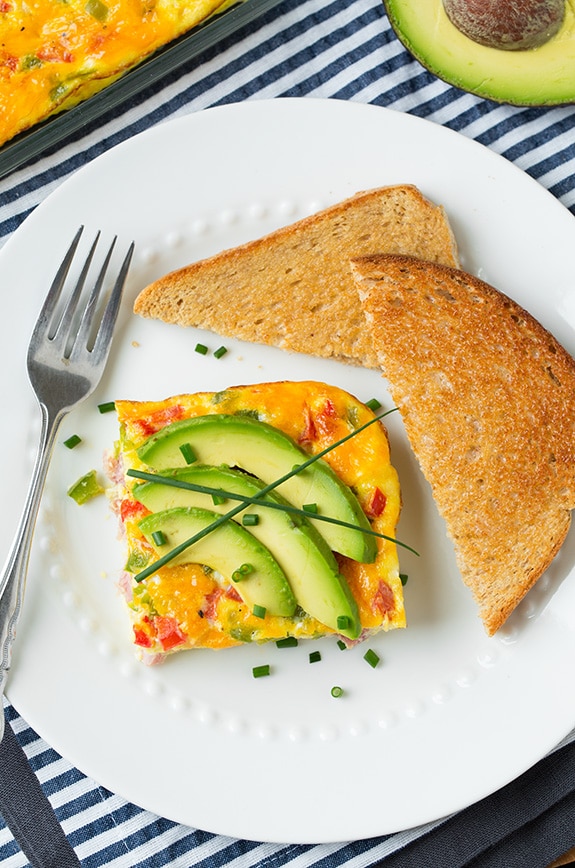 This Baked Denver Omelet is studded with bits of bell pepper, yellow onion and ham. It's ready in about 30 minutes and requires just 5 minutes of hands-on prep!