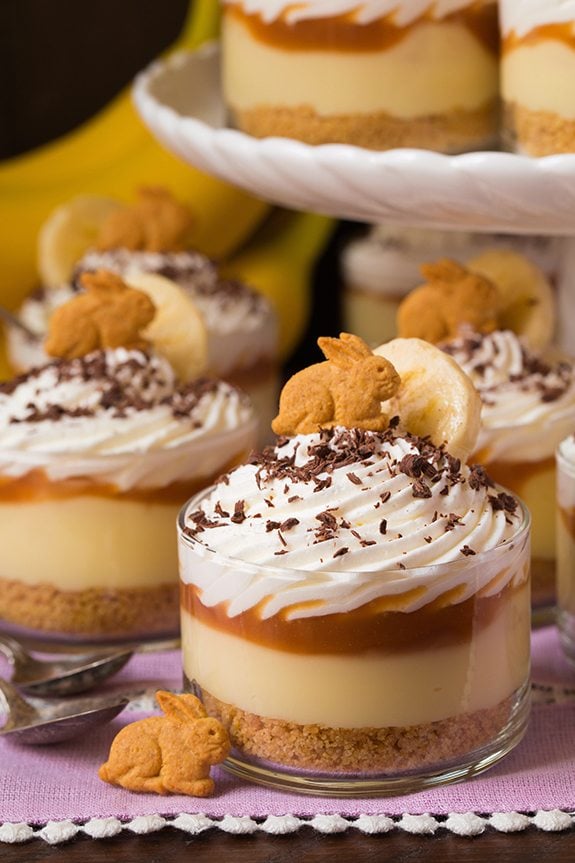 I made mine with only one layer of bananas over the pastry cream layer and I decided they definitely needed a second one underneath (after I’d already piped mine out.

Really I just under-estimated how much pastry cream I actually had I wanted another layer but I was way off) so your pastry cream layer may look just a little bit thicker than mine since the bananas on bottom will take up some of that space and they may end up a little taller in the end too, but not by much.

I used homemade salted caramel sauce which I highly recommend and I’ve linked to the recipe for that in the recipe below.

Of course you can use your favorite store bought salted caramel sauce if you don’t have time to make it. If you wanted to do a super cheater version here of this same idea you could do all the short cuts, it obviously just won’t be as good. 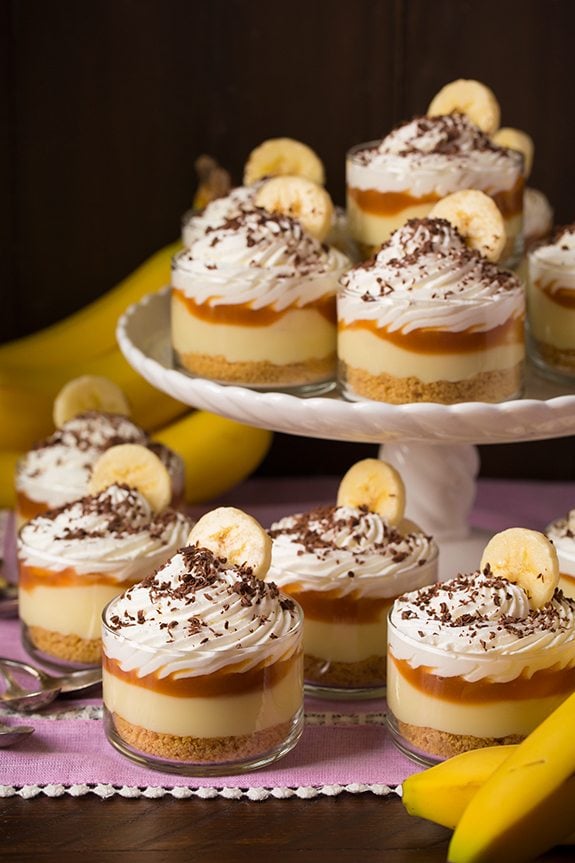 You could buy store bought graham cracker crusts and crumble them up then you could do 2 smaller boxes vanilla pudding mix (substituting some cream for milk and using a little less than listed), store bought caramel and store bought whipped cream.

I don’t know why I’m even saying that to you because these are out of this world amazing and all of the store bought ingredients will never come close to measuring up. I guess I know there are many people that love the easiest route even if it means sacrificing flavor.

Holidays are meant for going all out, right? Gimme ten years and 80 parties later, maybe I won’t be saying that anymore :). 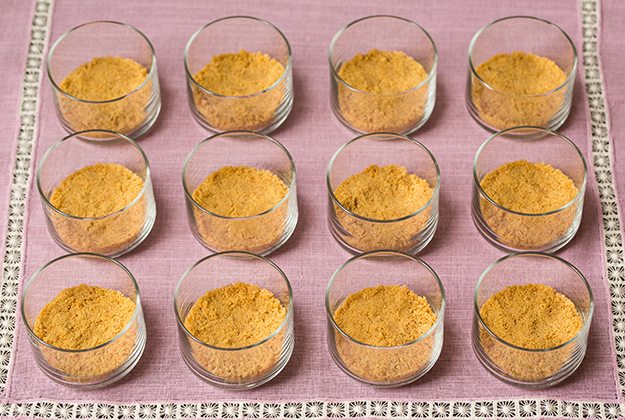 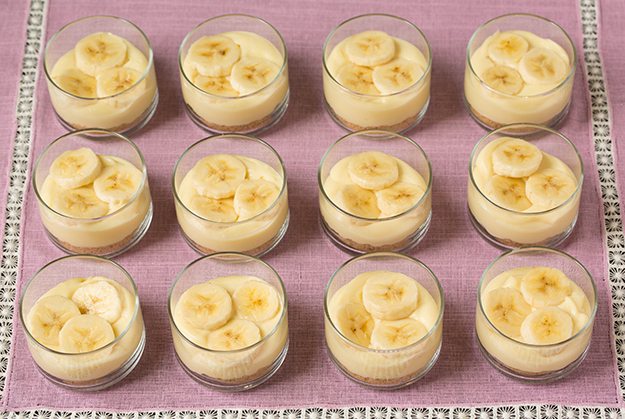 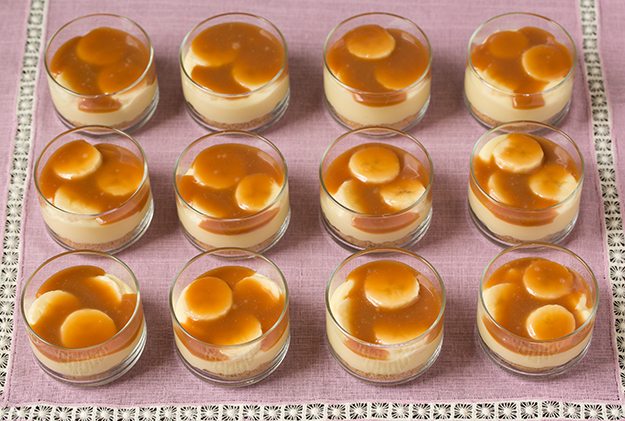 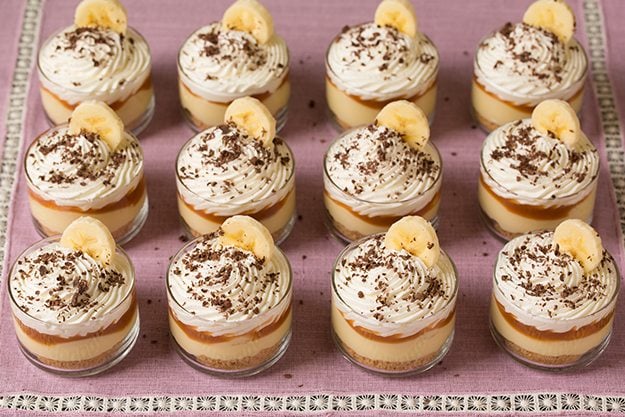 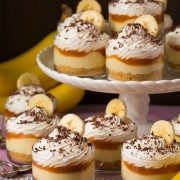 *I wanted to keep my bananas from browning (this is optional) so I added 2 Tbsp fresh lemon juice and 1 cup of cold water to a bowl then I sliced the bananas and added them to the lemon water mixture and let them rest 10 seconds, then transferred to paper towels and dried. This does give them a very light lemon flavor so it is optional if you are worried about the appearance.
Nutrition Facts
Mini Banana Cream Pies {with Salted Caramel Sauce}
Amount Per Serving
Calories 473 Calories from Fat 252
% Daily Value*
Fat 28g43%
Saturated Fat 16g100%
Cholesterol 137mg46%
Sodium 176mg8%
Potassium 278mg8%
Carbohydrates 52g17%
Fiber 1g4%
Sugar 28g31%
Protein 4g8%
Vitamin A 1095IU22%
Vitamin C 3.8mg5%
Calcium 109mg11%
Iron 0.8mg4%
* Percent Daily Values are based on a 2000 calorie diet.
Nutrition values are estimates only. See full disclaimer here.
Course: Dessert
Cuisine: American
Keyword: Banana Cream Pie
Author: Jaclyn