Why did I not think of this delicious easiest recipe before now?!  This bread is amazing!  How could something so simple, with only three ingredients be so spectacular?  Say goodbye to frying donuts and spending long hours preparing cinnamon rolls.  In my opinion this is better, and SO much easier and faster.  It can be made in under 5 minutes!  It’s sometimes the simplest things that seemed to be passed by, like this.  I’ve never heard of it before, but its so simple that someone has probably tried it before.  I’ve seen many things candied/caramelized before, nuts, fruit, etc but never bread.  I thought of several names for this bread and the top two came to caramelized bread and candied bread so call it what you’d like =). 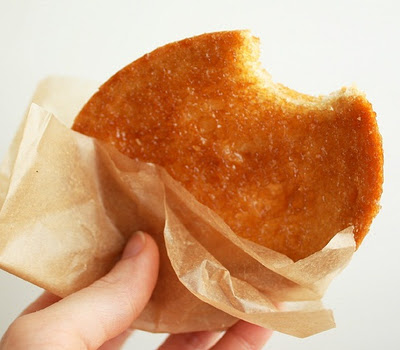 These are so versatile, like a donut, roll or churro they can be fancied up or kept plain.  You could try it with different types of bread, like cinnamon swirl, wheat, banana or pumpkin.  A sprinkling of cinnamon or a pinch of sea salt can be added to the butter mixture.  They can be served as a dessert, for a snack, as breakfast or anytime you have a sugar craving.  One thing I love about this recipe is that nearly anyone in the world could make it with it’s 3 basic ingredients, simple cooking method and the amazingly low cost of it’s ingredients.  What the best thing since sliced bread?  This, candied sliced bread =).  Go on, try something new.  You will fall in love! 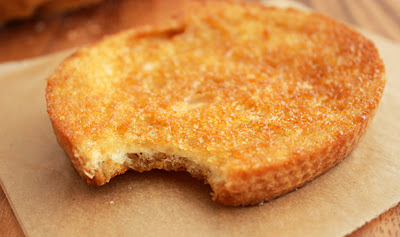 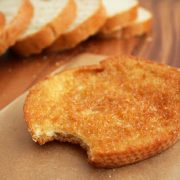 Alternate variations:
-Add a sprinkle of cinnamon or sea salt to butter mixture.
-Try different types of bread
-Dip it in chocolate sauce, yum!
-Also, if you live somewhere that doesn't have access to brown sugar, it can be made with white sugar as well.
Course: Dessert
Cuisine: American
Keyword: Candied Bread
Author: Jaclyn 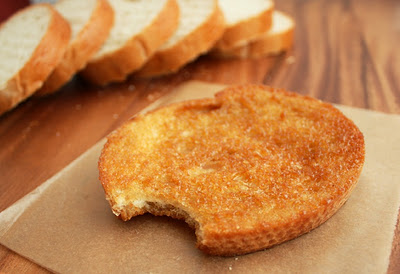