The best Potato Salad! Everyone is always raving about how good this recipe is! It’s a lot like the potato salad you had as a kid, but even better and with less calories thanks to the light mayo. It’s rich and creamy, it’s perfectly flavorful, it’s hearty, and it has all the best textures. 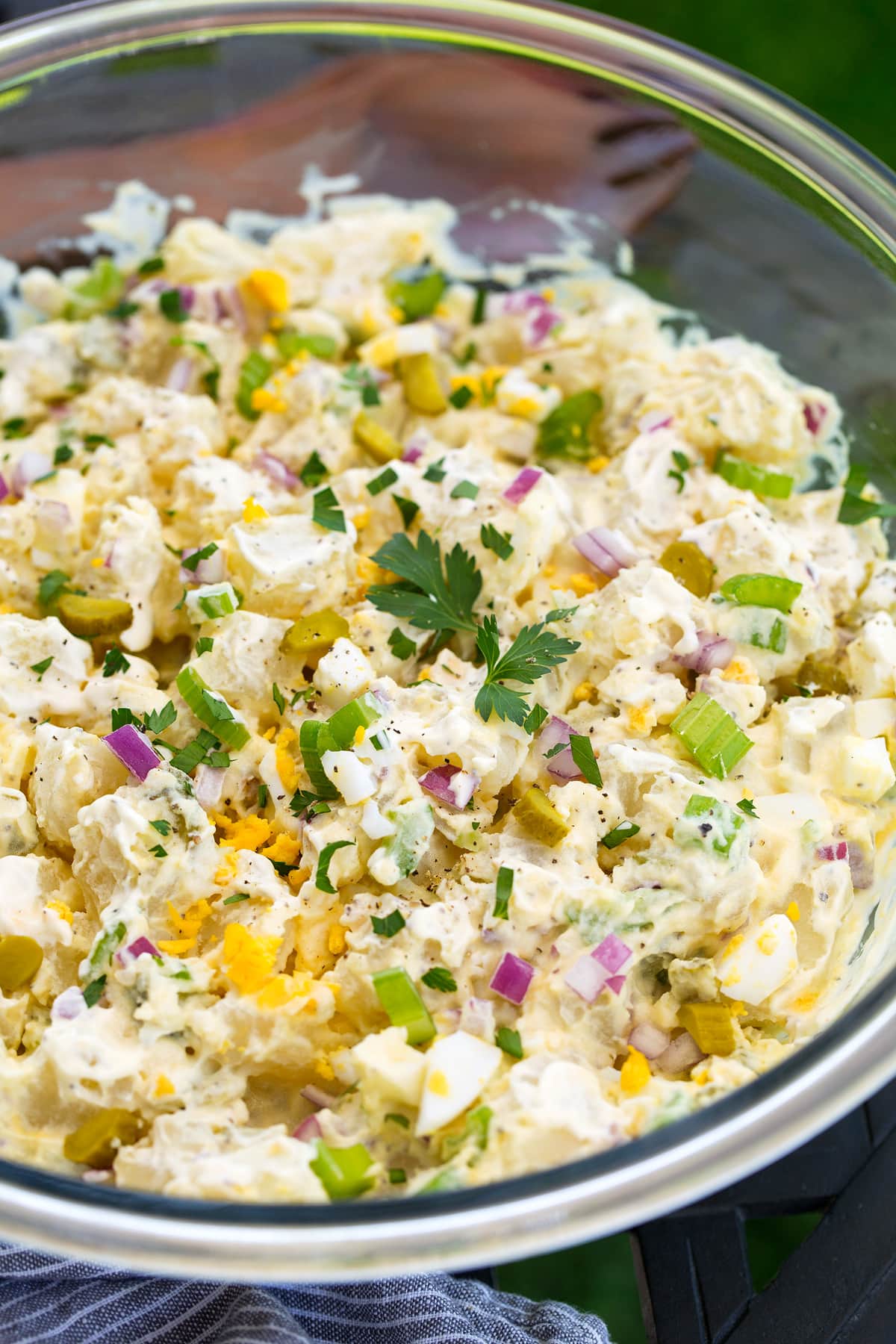 Every summer I turn to this creamy potato salad recipe for cookouts, weeknight dinners or picnics. It’s got everything I want in a potato salad and it’s always a crowd favorite!

It does require a few steps (mostly those annoying chill times), but the end result is so worth it, trust me. Try it once and it may just become your easy potato salad recipe for life!

Want to see how to make potato salad? Watch the video!

This easy potato salad recipe is the classic mayo-based version you grew up eating. Here’s what you’ll need to make homemade potato salad:

What Are the Best Potatoes for Potato Salad?

I like to use russet potatoes with this potato salad recipe, I like the way they absorb the dressing and I just prefer their texture. Just be sure you don’t over or under-boil them.

In other words, keep a close eye on them during the last few minutes. I think that is one of the keys to a good potato salad — perfectly cooked potatoes that aren’t chewy or mushy. If you’re not sure what the best method for boiling potatoes for potato salad is, I’ve given my exact instructions below. 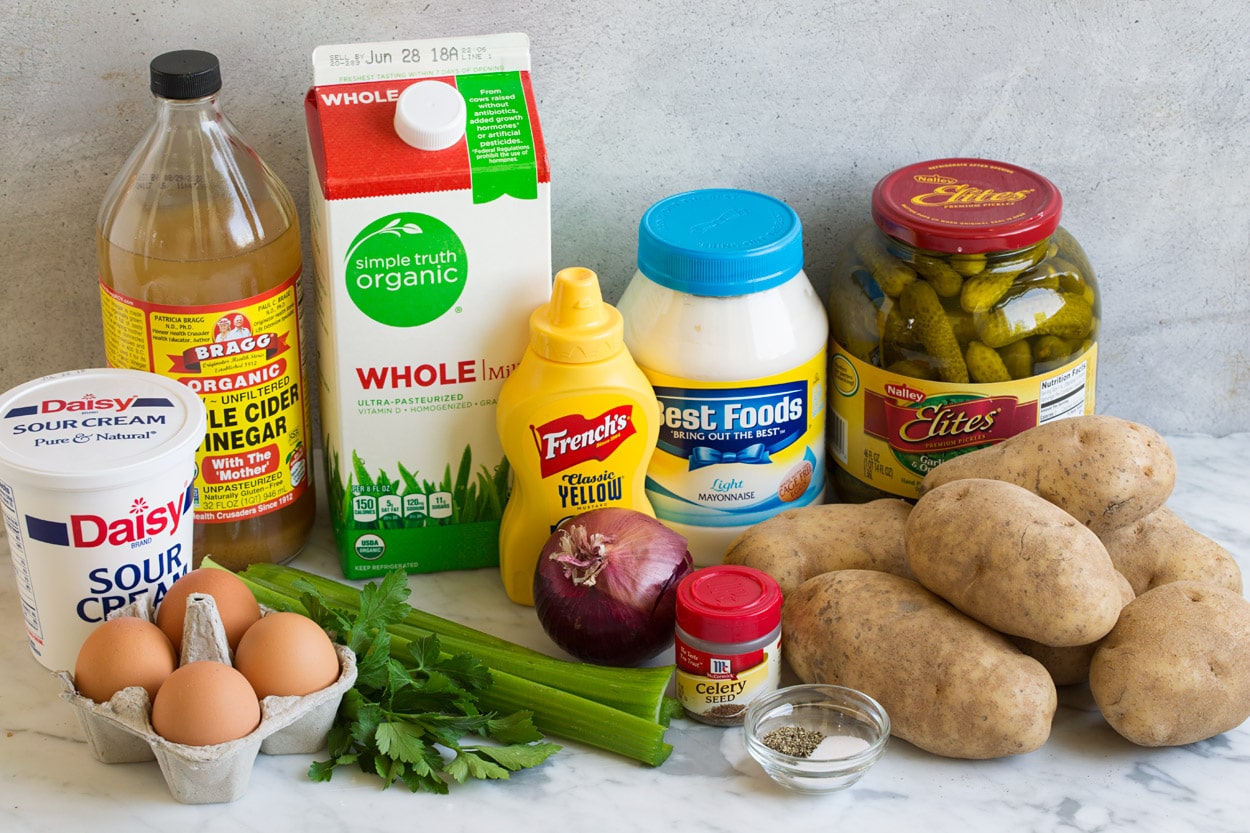 How to Make Potato Salad

First you’ll either steam or boil the eggs. I much prefer the steam method as it ensures the egg shells will peel right away easily. Let cool, peel and chop. 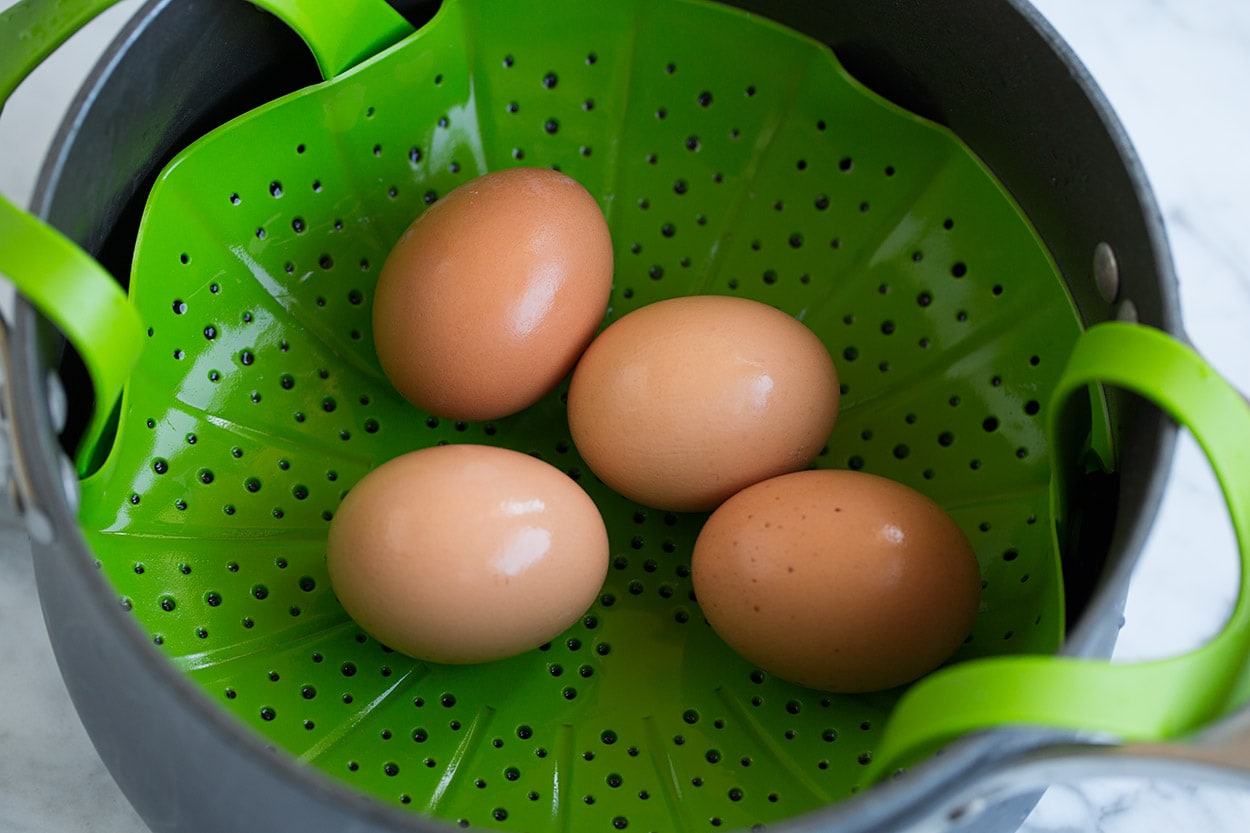 Meanwhile dice and boil the potatoes. Once cooked through, drain and chill. 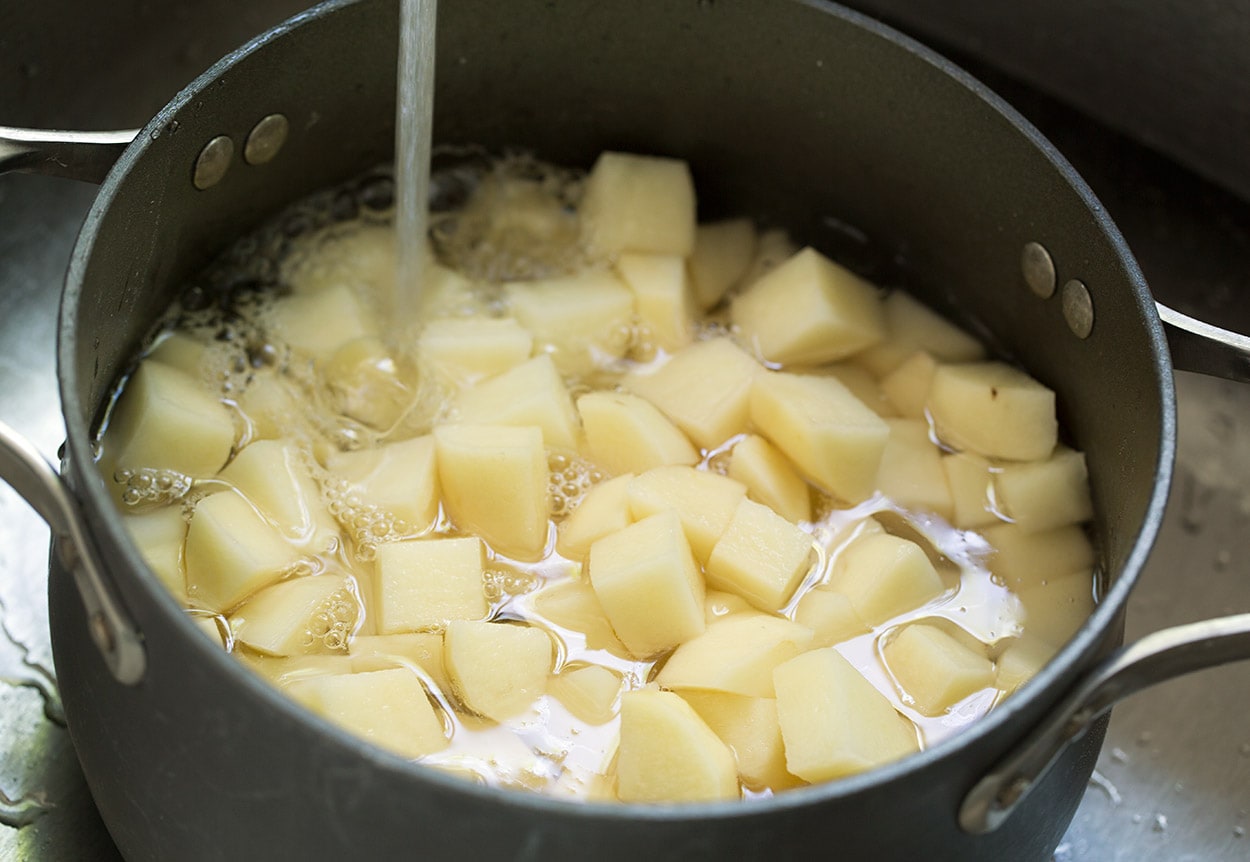 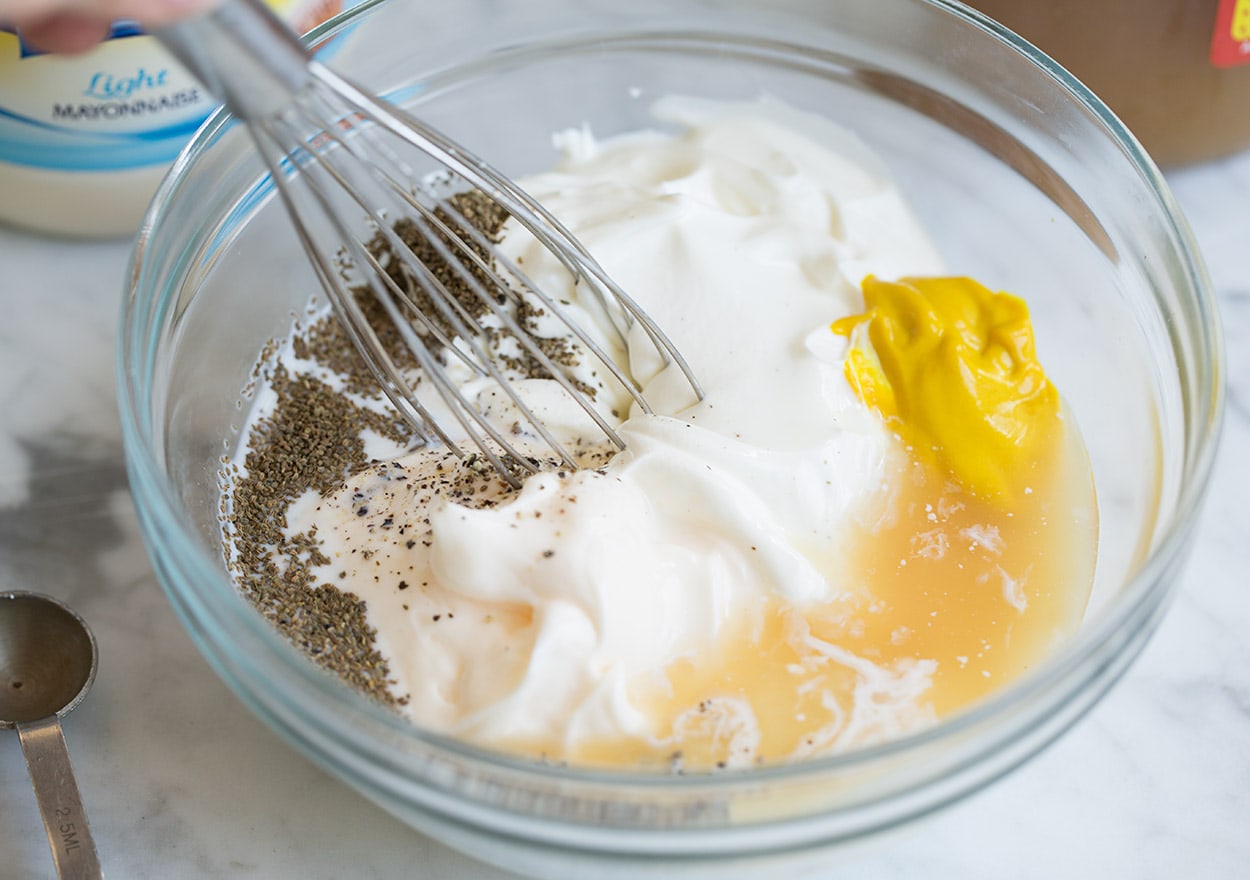 Add cooled potatoes and eggs to a large bowl along with celery, red onion dill pickles and dressing. 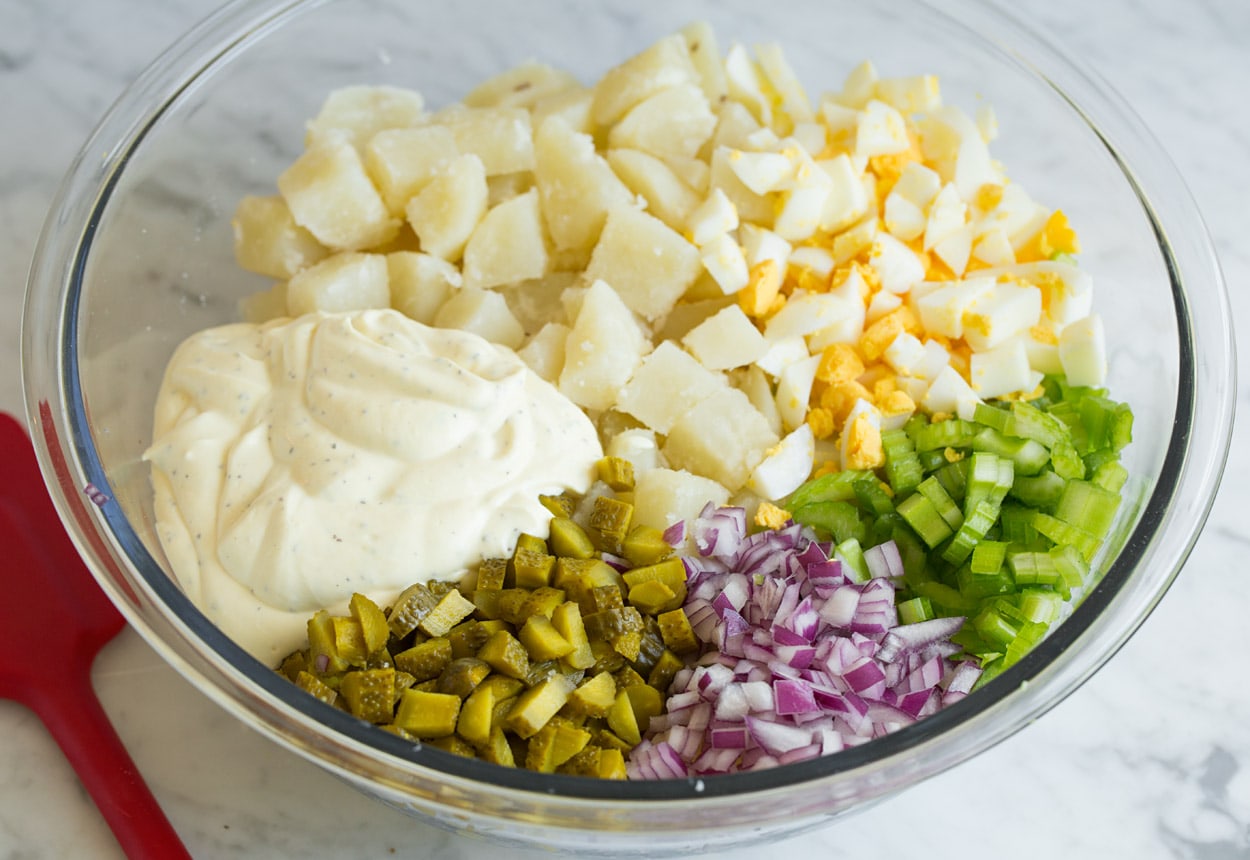 Toss to evenly coat. Cover and chill for at least 30 minutes. Store in refrigerator up to 2 days. 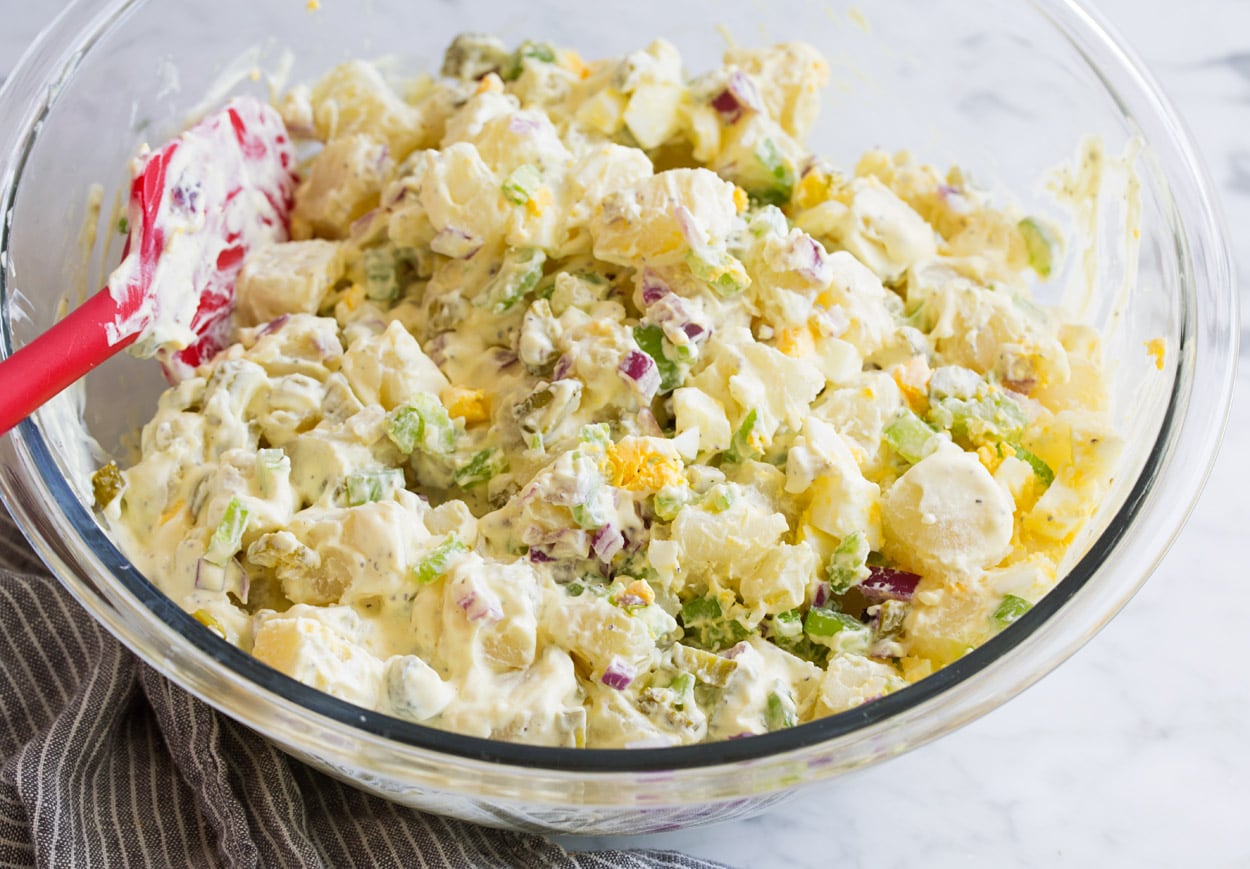 How to Boil Potatoes for Potato Salad

Boiling potatoes for potato salad is an underrated kitchen skill to have. You want your potatoes to be the perfect texture to soak up just enough of that delicious potato salad dressing without becoming soggy.

To boil the potatoes for this easy potato salad recipe, here’s what you’ll do:

How Long to Boil Potatoes for Potato Salad

Depending on how large you dice your russet potatoes, they’ll need to boil for 10 to 15 minutes. 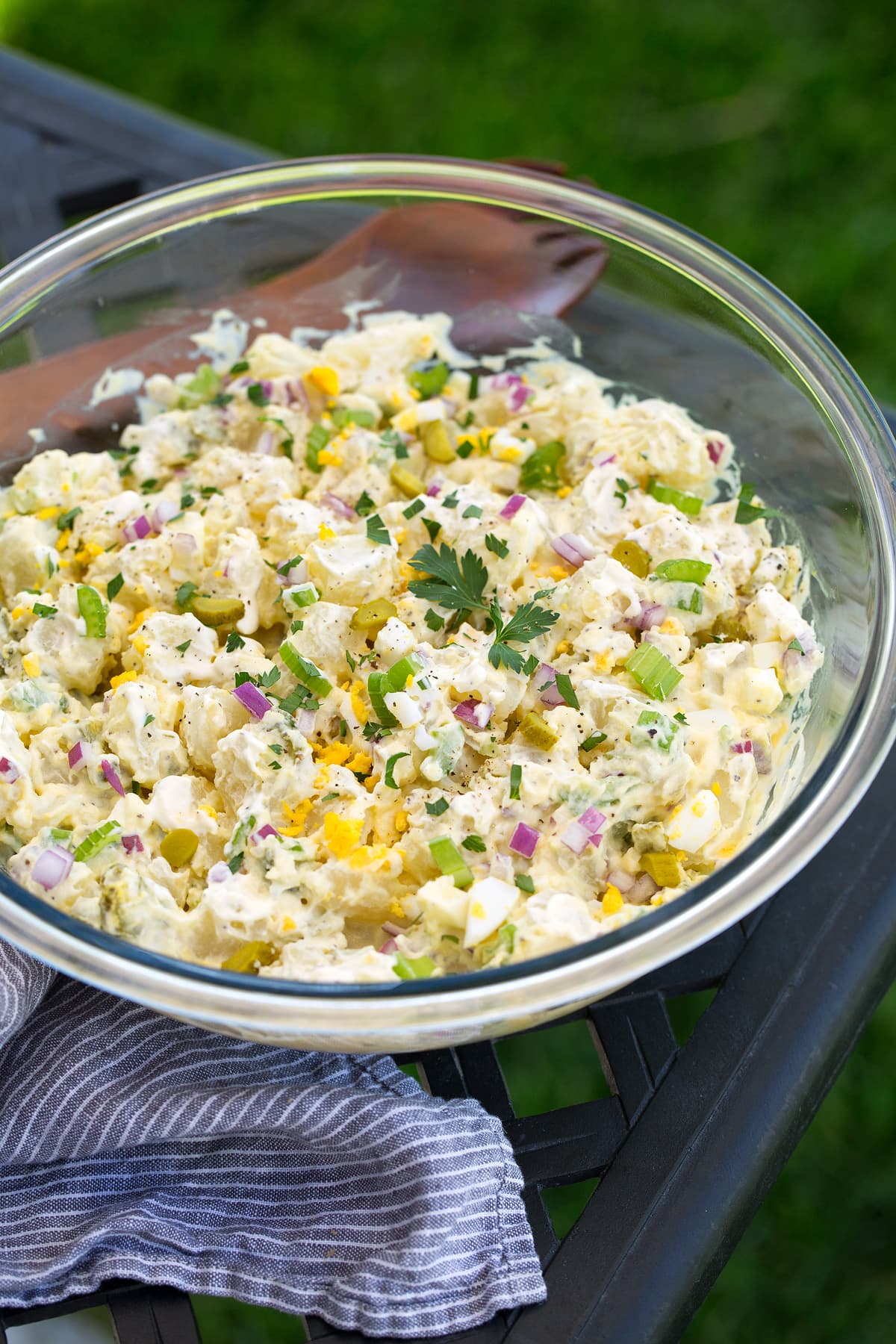 How Long is Potato Salad Good For?

This traditional potato salad recipe will last 3 to 5 days in the fridge. Be sure to store it in an airtight container.

Can I Prep Potato Salad in Advance?

Yes, absolutely! I actually think this classic potato salad tastes best after it’s had a few hours to absorb all the flavors. Note that homemade potato salad is best within the first 24 hours of making it.

Tips for the Best Potato Salad 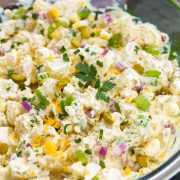 This is my idea of the best potato salad! It's a lot like the potato salad you had as a kid but even better and with less calories thanks to the light mayo. The texture is rich and creamy, it's perfectly flavorful, it's hearty, and it has all the best textures.