The best Grilled Pork Chops recipe! These come out tender and juicy, and the ingredients in the marinade and dry rub are the perfect compliment to pork. A new staple summer recipe! 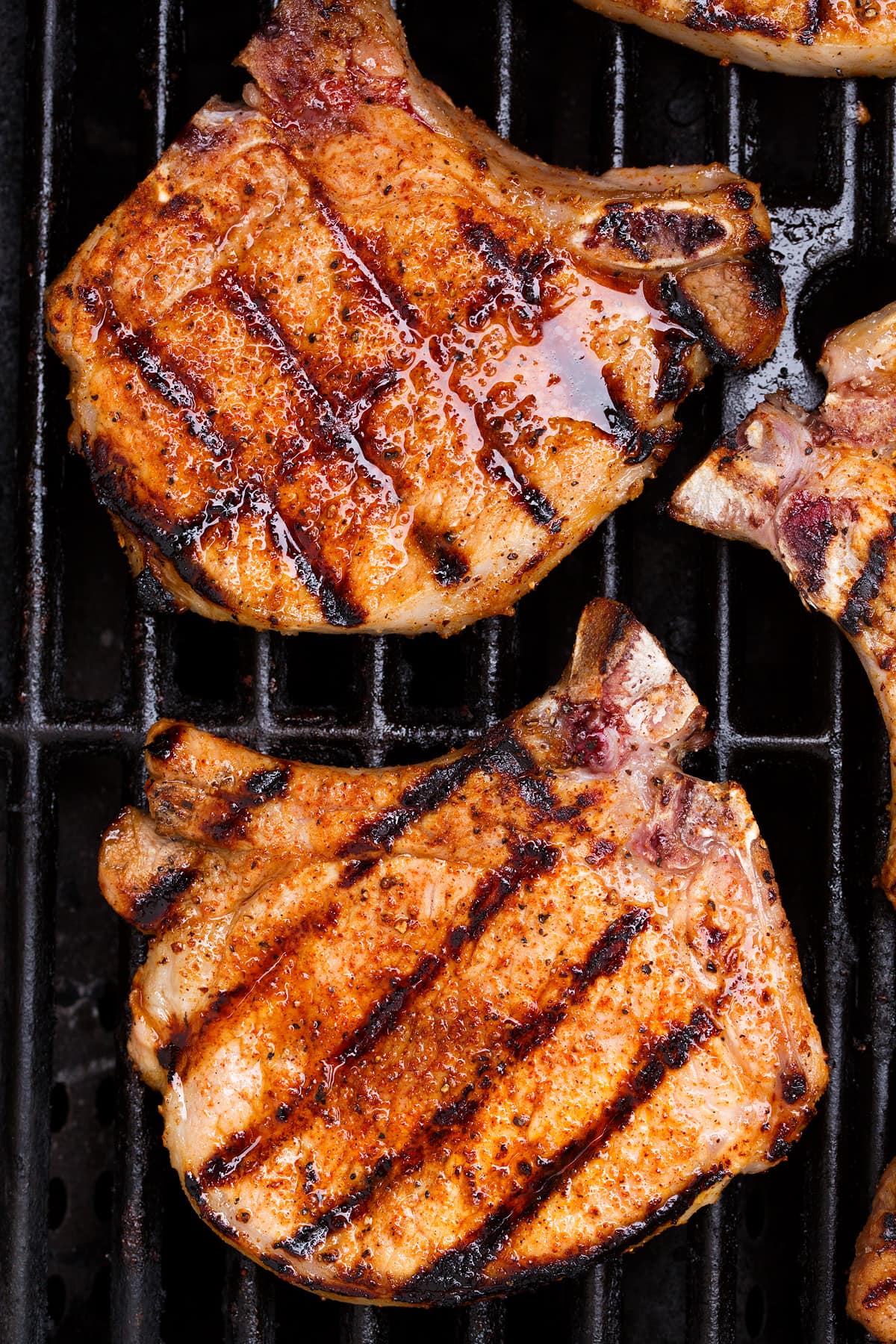 Everyone who tries these grilled pork chops loves them, including picky eaters. Even the kids will polish these off. They’re amazingly flavorful and super easy to make! Plus they’re inexpensive since we use the thinner cuts.

It’s just a bit of whisking and being sure to allow time to soak up the pork chop marinade, then a brief cook time on the grill (with these thinner cuts).

You could even make the grilled pork chop marinade the night before then add the chops the next day and let them soak while you’re at work.

Keep in mind this grilled pork chop marinade not only adds a a lightly sweet and tangy flavor, but it’s also salty so it will help keep the pork chops juicy and helps tenderize them. Allow enough time to marinate (at least 2 hours), don’t skip it. 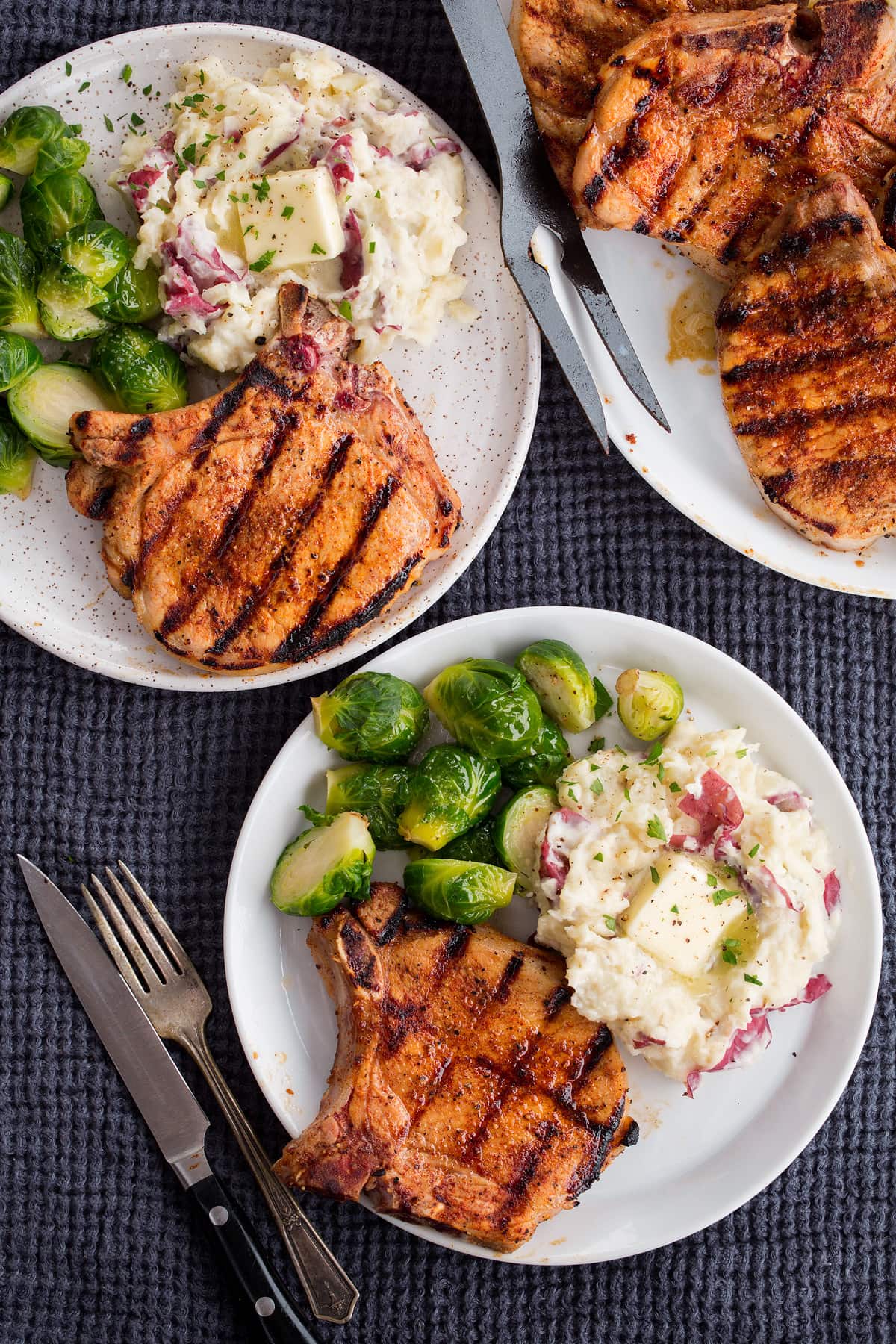 To make both the pork chop seasoning and marinade, you’ll need: 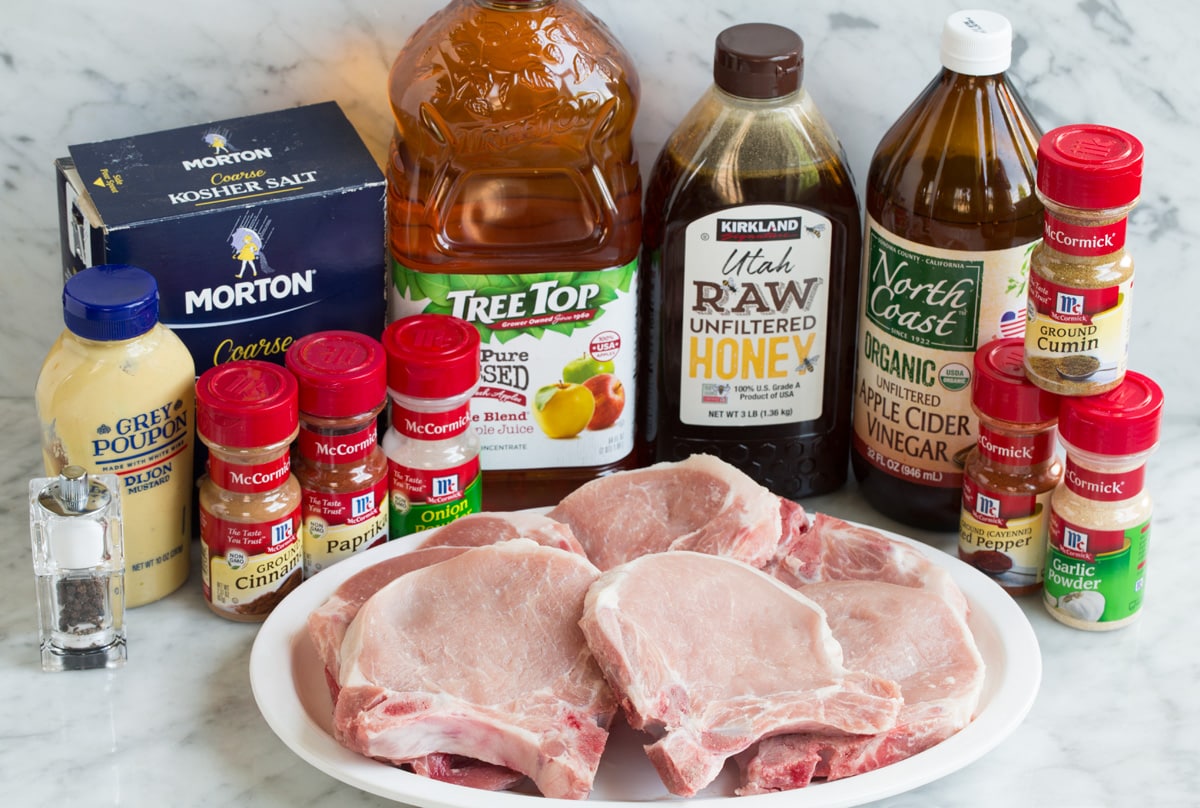 How to Make Pork Chop Marinade and Dry Rub 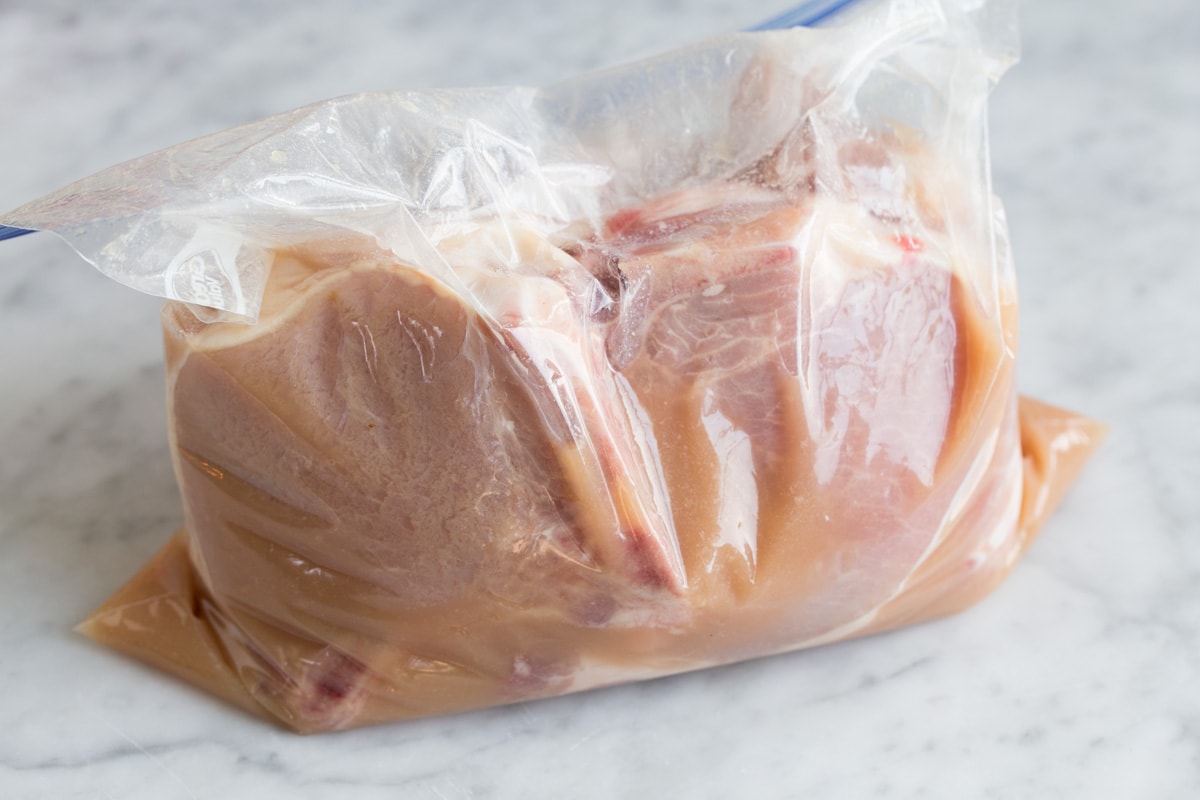 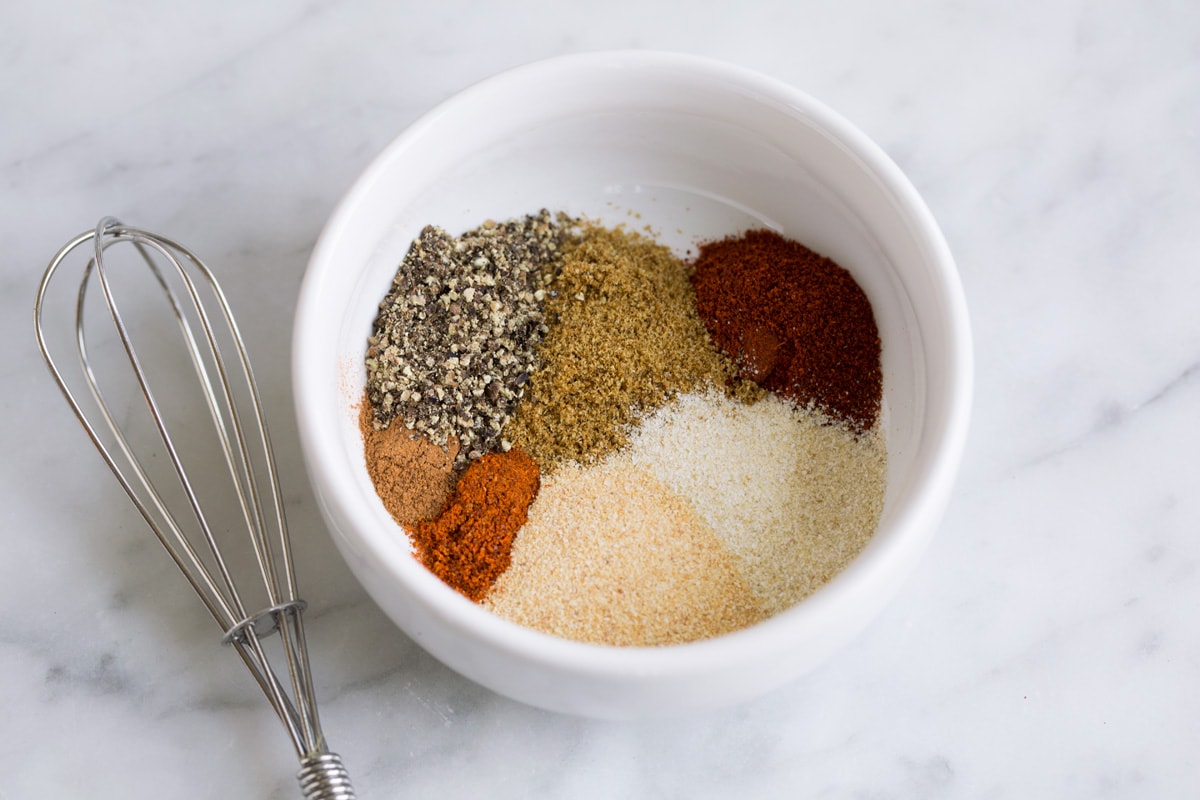 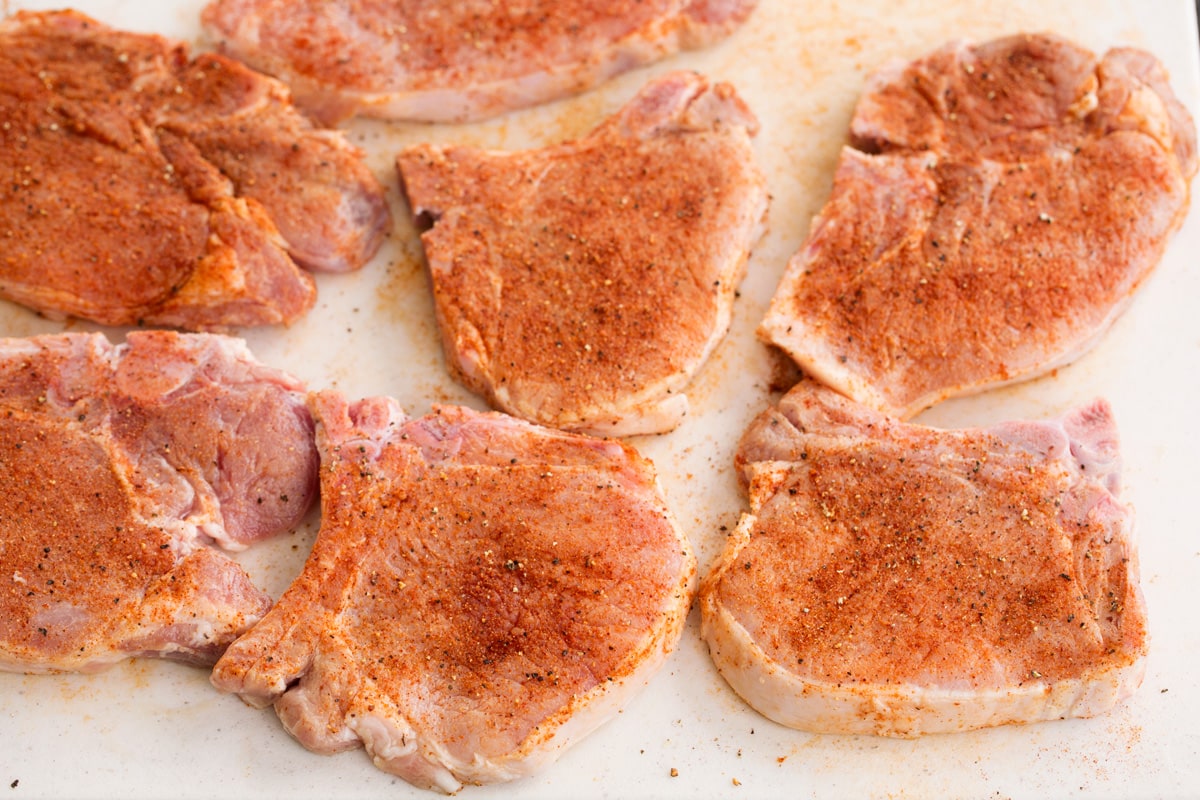 How to Grill Pork Chops

How Long to Cook Pork Chops on Grill 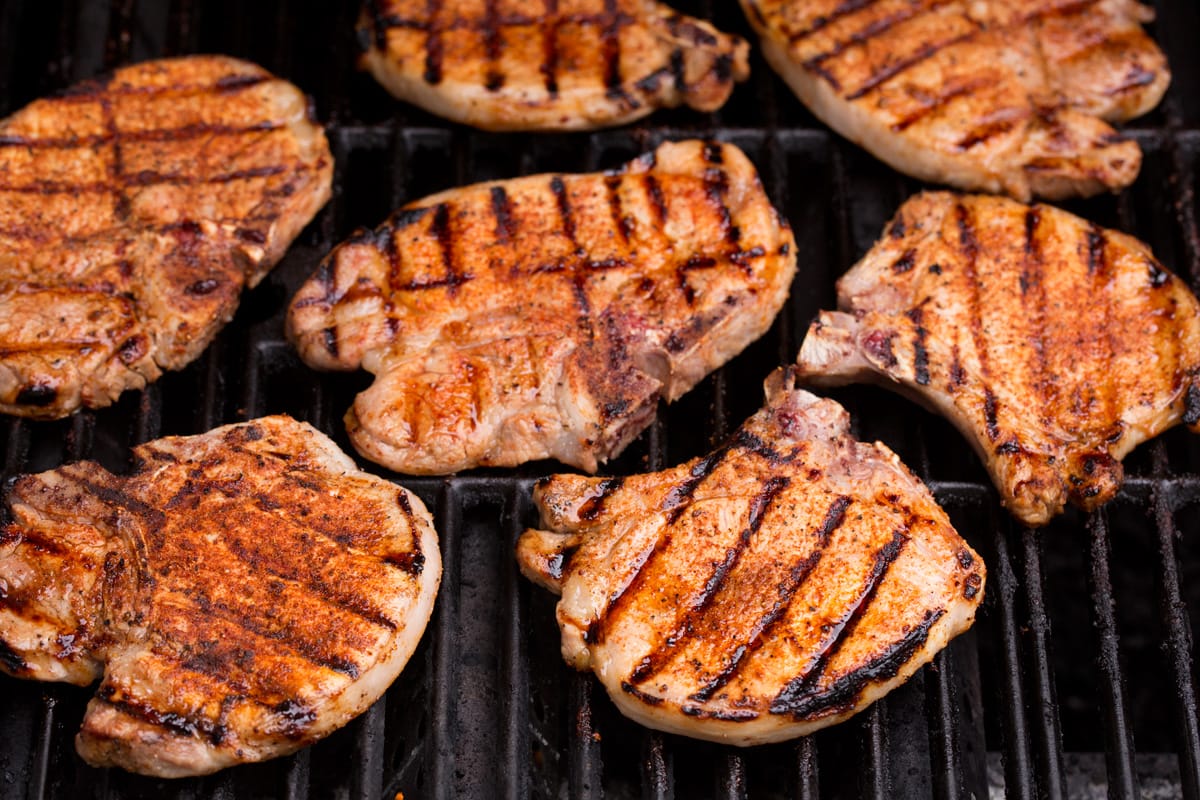 Can I Use Thick Cut Pork Chops?

Yes, you can also use 1-inch thick pork chops for this grilled pork chop recipe. Keep in mind that grilling thick pork chops requires more time. You’ll have to grill longer as previously mentioned, and reduce heat as needed if they start to char more than desired.

What About Boneless Pork Chops?

Boneless chops will work as well, but preferably for more flavor use bone-in. 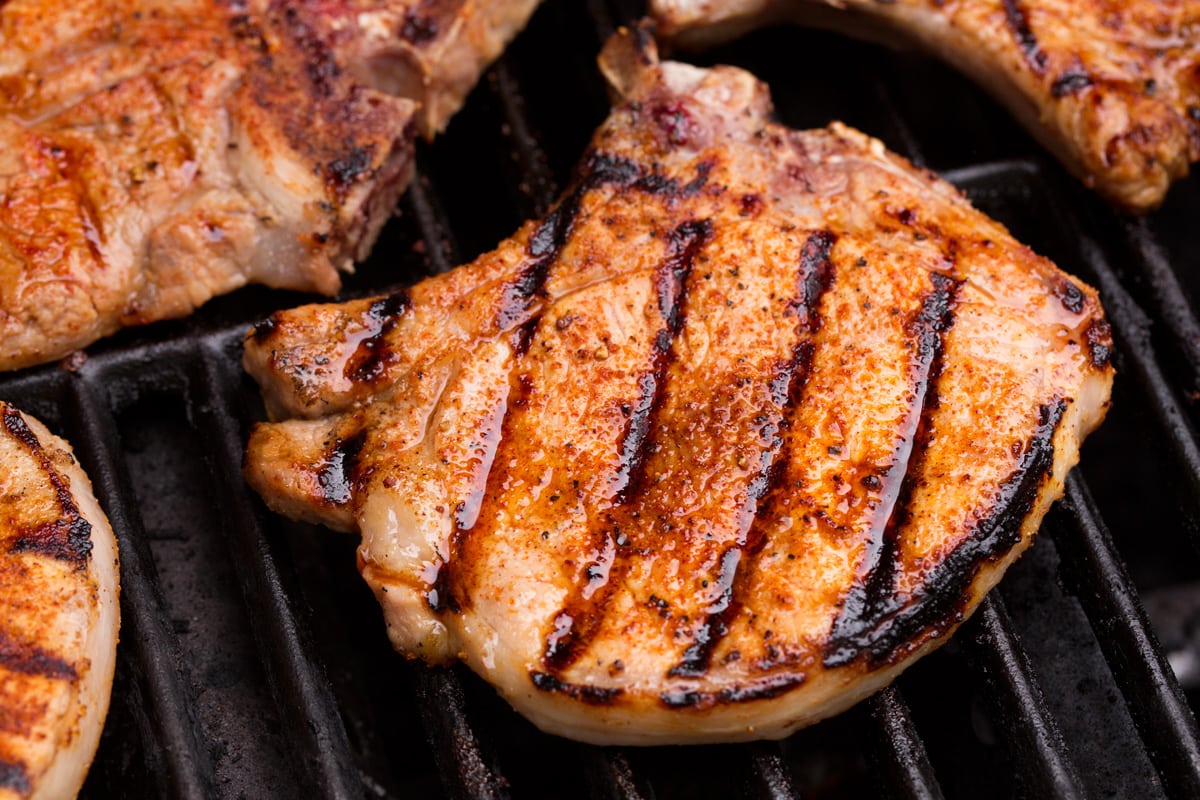 How Long to Marinate Pork Chops

The longest you’ll want to marinate the pork chops is 8 hours so the meat doesn’t start to break down and end up mushy. Keep in mind though the longer meat marinates the more sodium it will absorb so you may want to reduce salt slightly if you like less salty food.

Can I Cook Pork Chops on the Stove Top?

Don’t own a grill or it’s pouring rain outside? No worries, these grilled pork chops can also be cooked in a grill pan on the stove top over medium heat with a little vegetable oil or olive oil. 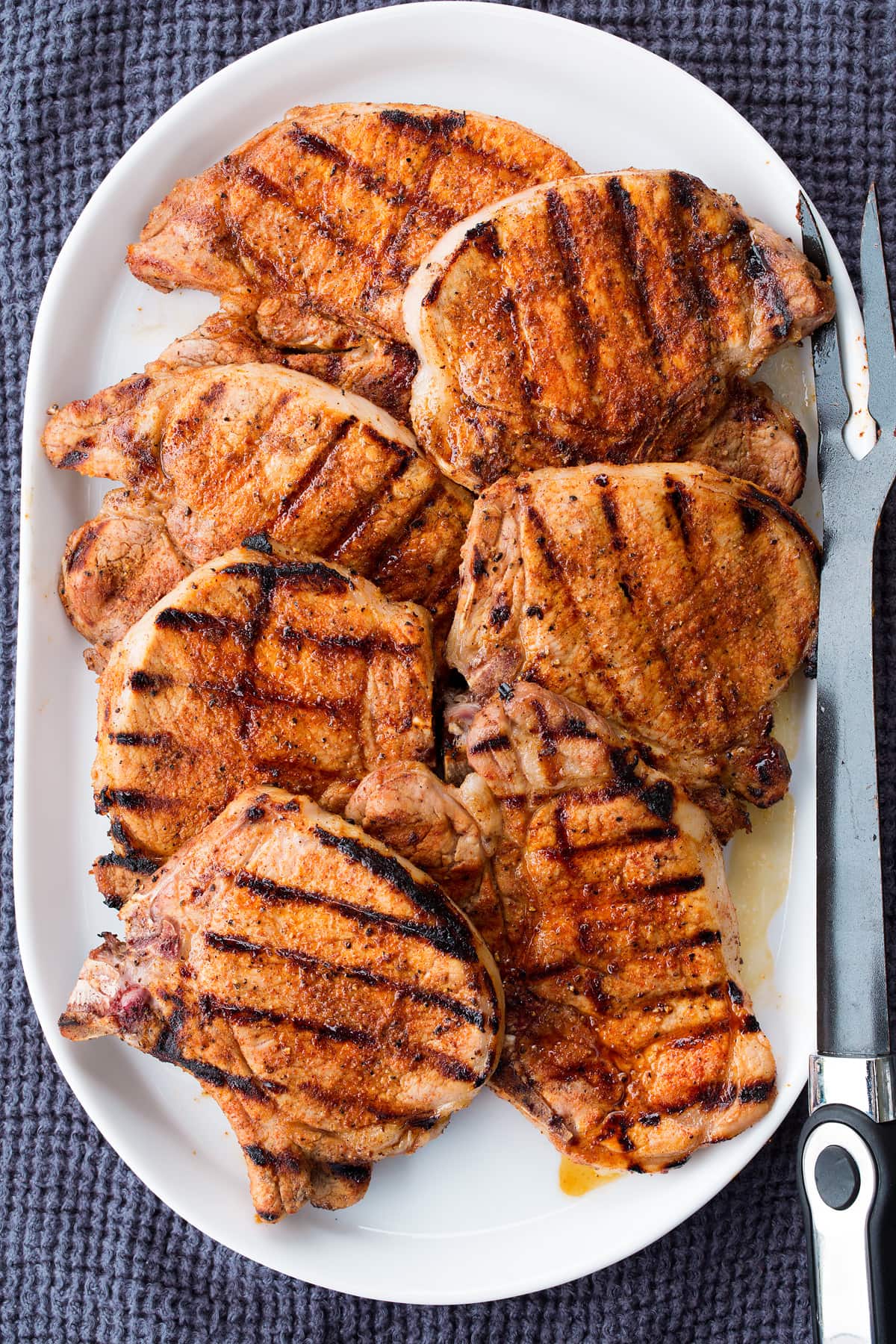 What to Serve with Pork Chops

Not sure what to serve alongside your grilled pork chops? Here are some of my favorite sides for pork chops: 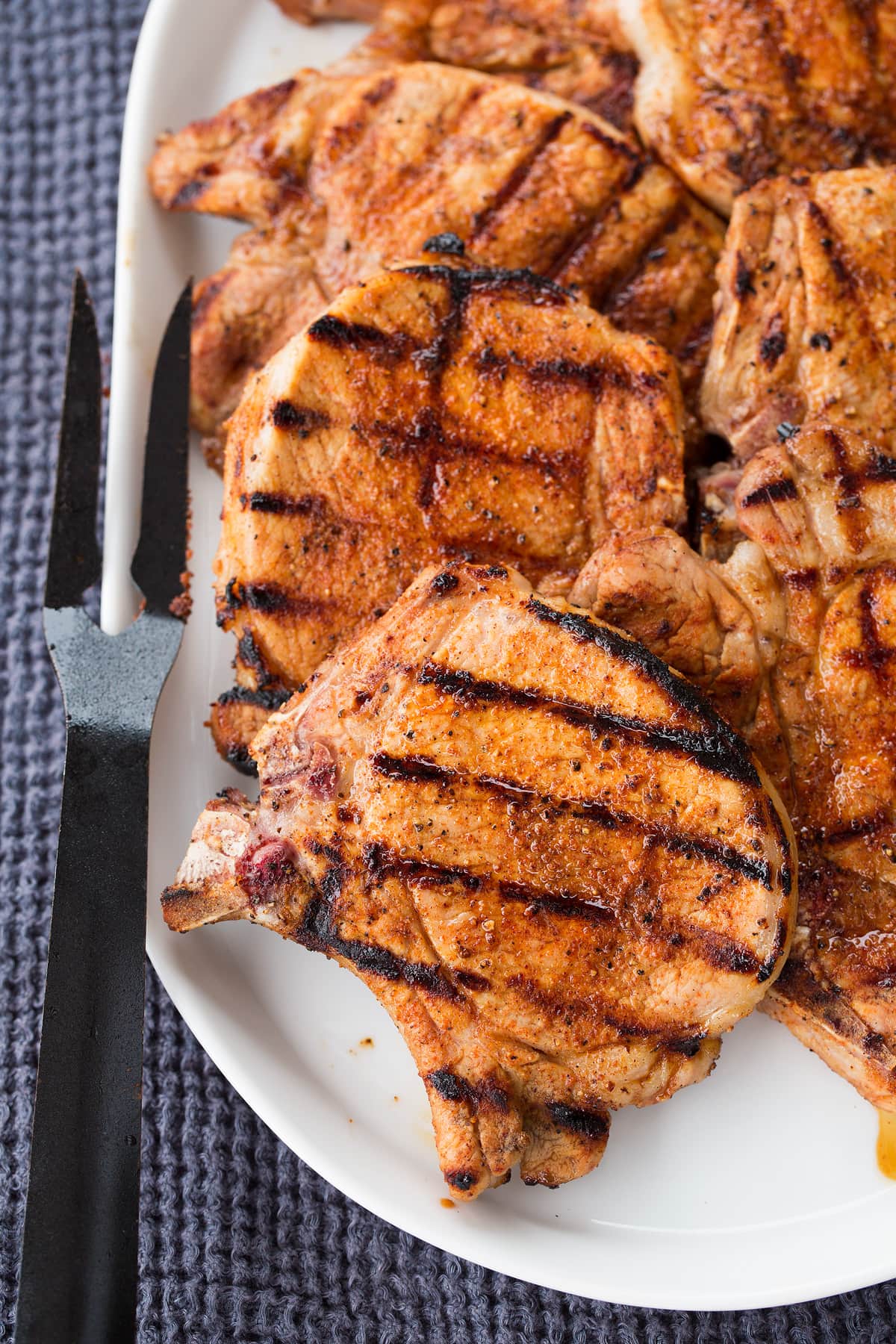 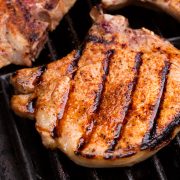 Easy and flavorful Grilled Pork Chops with the best marinade and dry rub! These come out tender and juicy and the seasoning will leave you craving more! It's the perfect summer recipe.
Servings: 6 -7
Prep10 minutes
Cook6 minutes
Marinating2 hours
Ready in: 2 hours 16 minutes

For the dry rub