Pork Tacos – made with pork that’s perfectly seasoned and simmered for hours to tender, flavorful perfection! I dare say they may just be the best pork tacos you’ll ever make!

Are you ready for some of the best tacos of your life?? Then try these pulled pork tacos now! They taste like the tacos you’d order at a really good Mexican restaurant, and dare I say even better? This pork is spot on delicious!

My mom and my kids, who don’t like spicy foods, had no complaints about the slight spiciness with these slow cooker pork tacos. But if you don’t like spicy at all this may not be the recipe for you (instead you could try the Shredded Beef Taco recipe I have posted and serve them with a mild salsa).

Just be sure to load up these shredded pork tacos with all the that listed goodness… although I think I’d be happy just to eat a bowl of this pork. 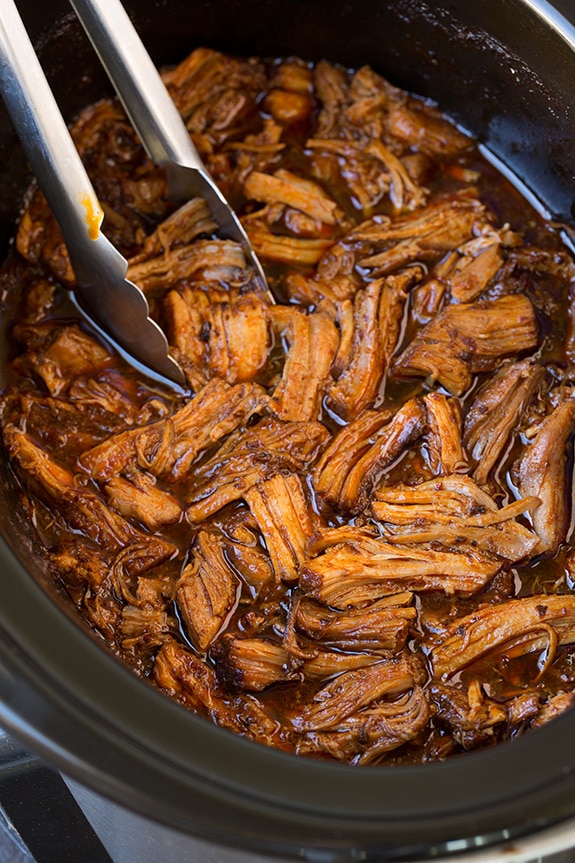 How to Make Pork Tacos 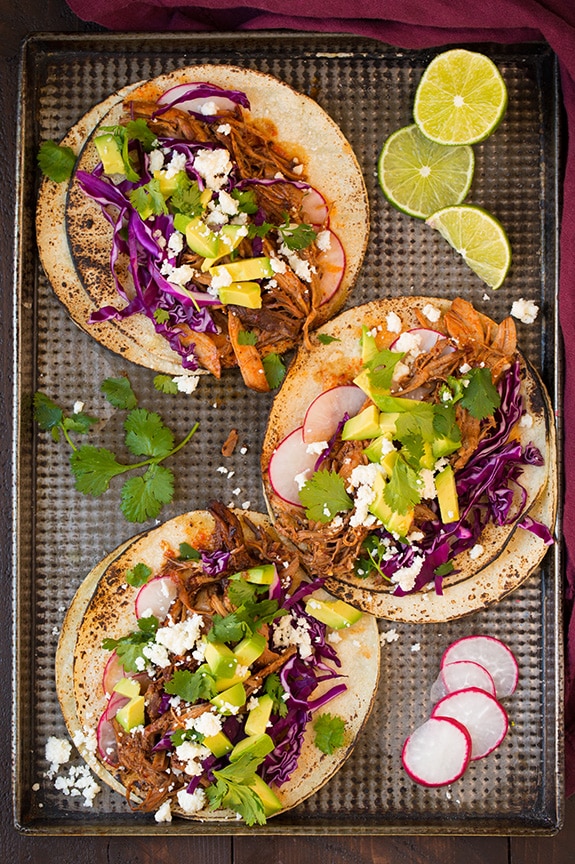 Can I Make Pork Tacos in the Oven?

If you don’t own a slow cooker, you could also bake at a low temperature in a pot in the oven until tender — 300 degrees F for about 5 hours.

Can I Freeze the Pork Taco Filling?

Yes, the slow cooker shredded pork freezes very well. Just be sure to freeze the pork with its juices to prevent it from drying out. To thaw, place in your fridge overnight.

Of course one of the best parts of tacos are loading up on the toppings! Try these shredded pork tacos with: 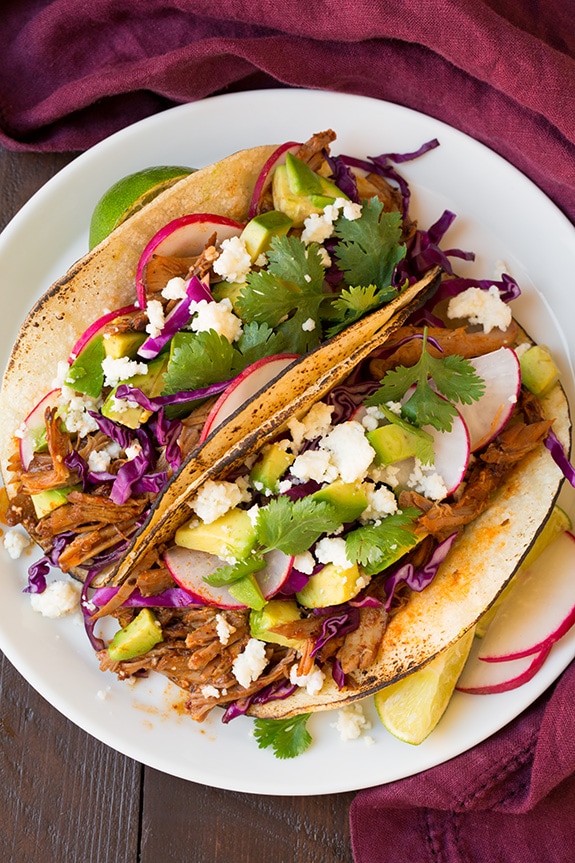 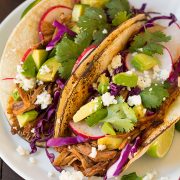