The perfect fall side to soup, roast chicken or turkey, apple pork chops and more! 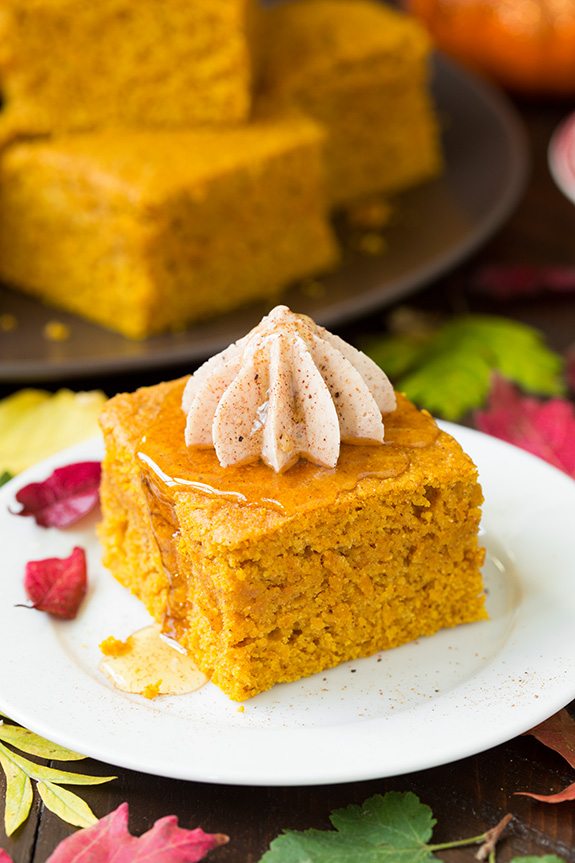 This cornbread is so soft and moist, I hate dry cornbread so of course I made this to be completely the opposite. I love that this has plenty of pumpkin flavor – you don’t have to guess what flavor of cornbread it is, and the whipped cinnamon honey butter just takes it over the top!

This would most definitely be worthy of making it to your holiday menu, but be sure to try it before the holidays because you just can’t wait that long to try this Pumpkin Cornbread!

I absolutely loved it, as did everyone else who tried it both young and old alike – from a 3 year old up to an 81 year old and everyone in between. 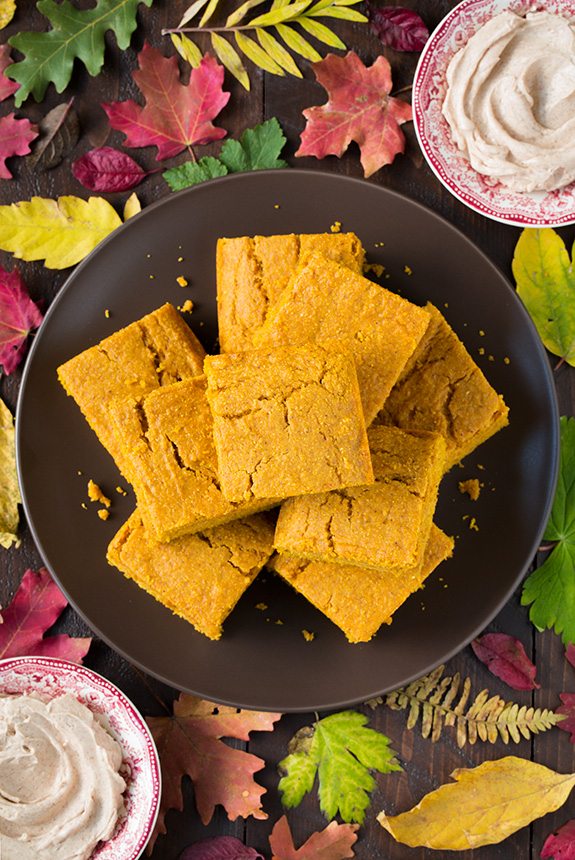 How to Make Pumpkin Cornbread

How to Store Pumpkin Cornbread

Store cornbread in an airtight container. For longer shelf life you can store in the fridge then bring to room temperature before serving. 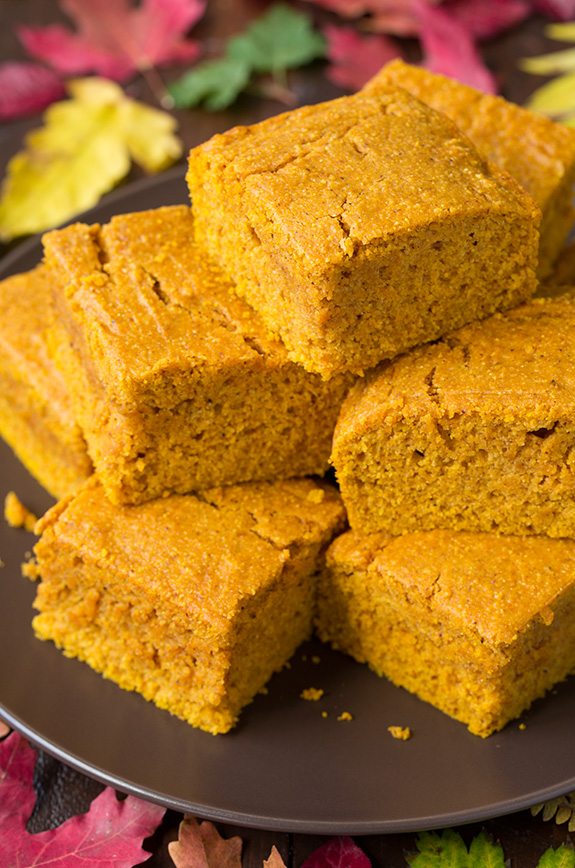 Can I Substitute Pumpkin Pie Spices Instead?

Yes. Instead of using all of those spices listed you could substitute 1 1/2 tsp pumpkin pie spice in it’s place. 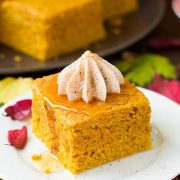