Raspberry Cheesecake Mousse – oh my are these good! They are bursting with vibrant, fresh raspberry flavor and they have that light and creamy, perfectly smooth and silky mousse texture that I can never get enough of. I originally made these as strawberry, I had a big family get together at my house and decided to try a dessert I’d never made before. 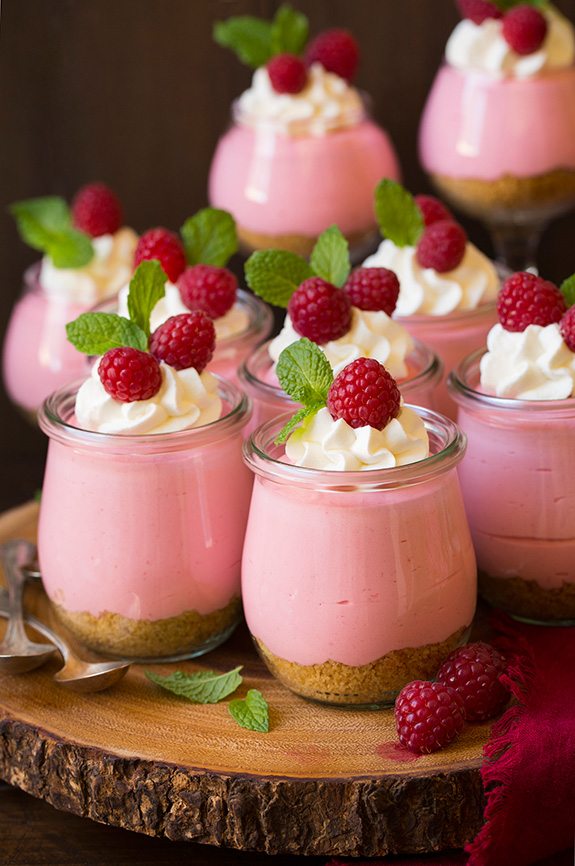 Anyway it ended up not having enough flavor for me (even after simmering and reducing the strawberries and therefor concentrating the strawberry flavor) so I ended up having to add a strawberry sauce to the top of them. They were good, just not as good as I knew raspberry would be plus they took more effort. 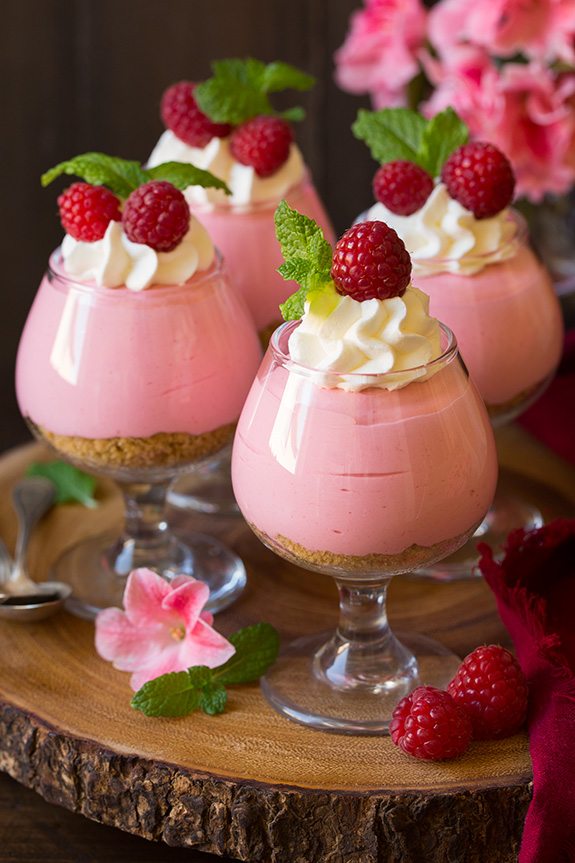 These still have a few steps with all their layers but the end result is so worth it! My husband said they reminded him of his favorite fresh raspberry shake, and that’s what I love so much about these is all the fresh raspberry flavor in them.

These are the perfect dessert to welcome summer or for Mother’s Day, both of which are not too far around the corner. I don’t know of anyone who wouldn’t love these! I know I’ll be wanting to make them more than I should this summer :). So much goodness in one little dessert cup! 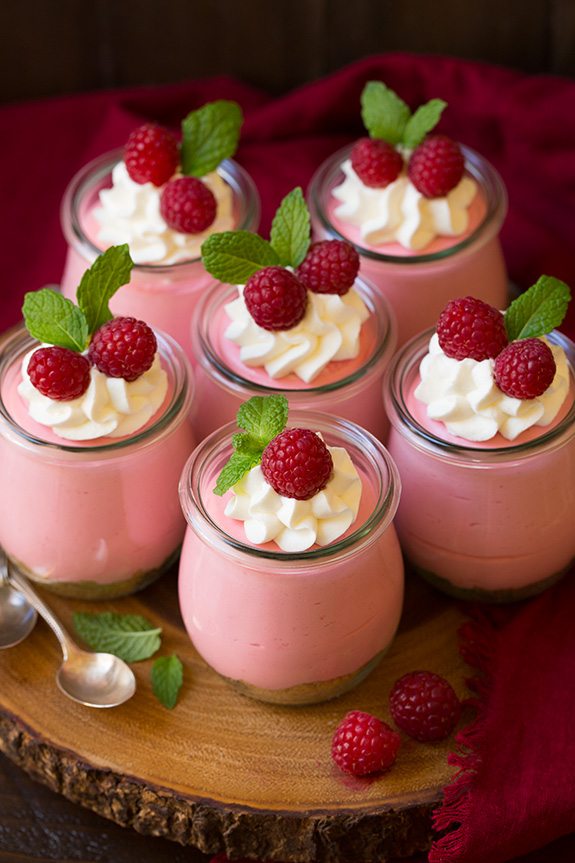 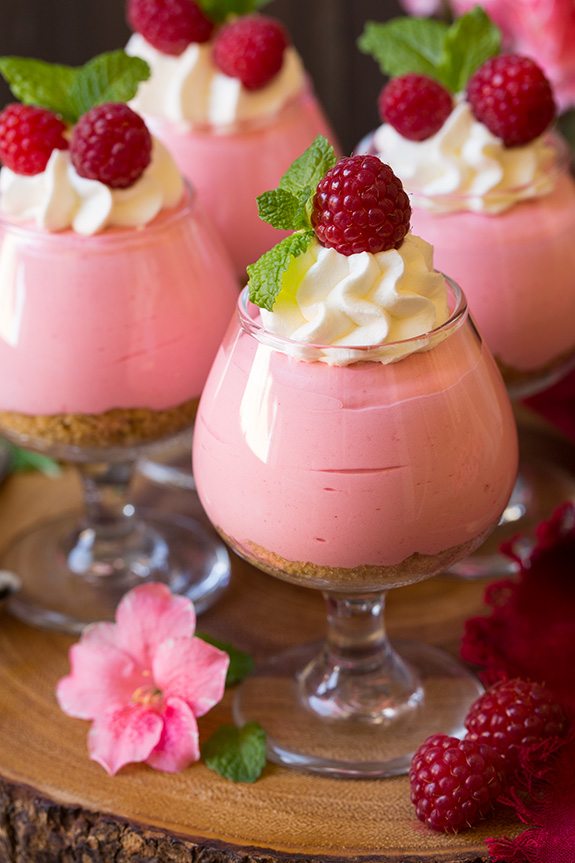 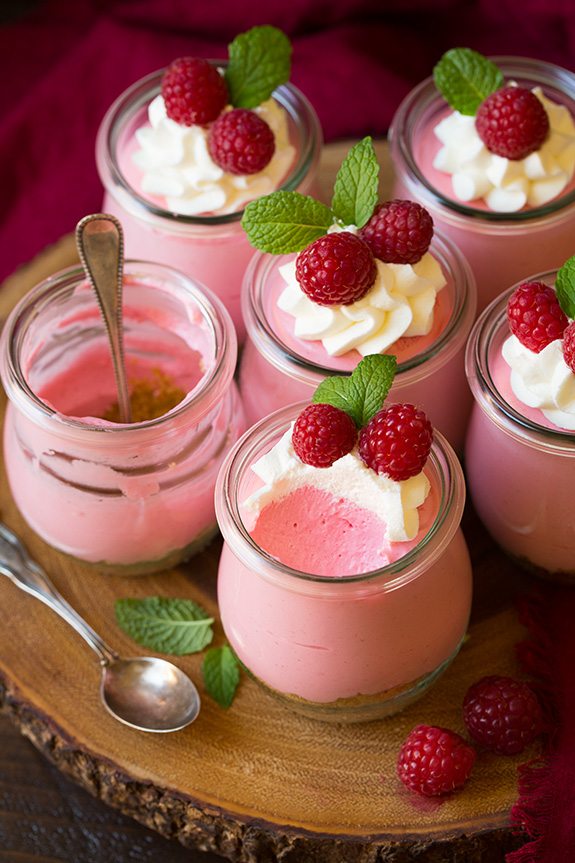 Aren’t these Azaleas purty? I love that they are nearly the same color as the mousse. If only I could get them to survive longer than 2 weeks in my house, anyone know any tricks? 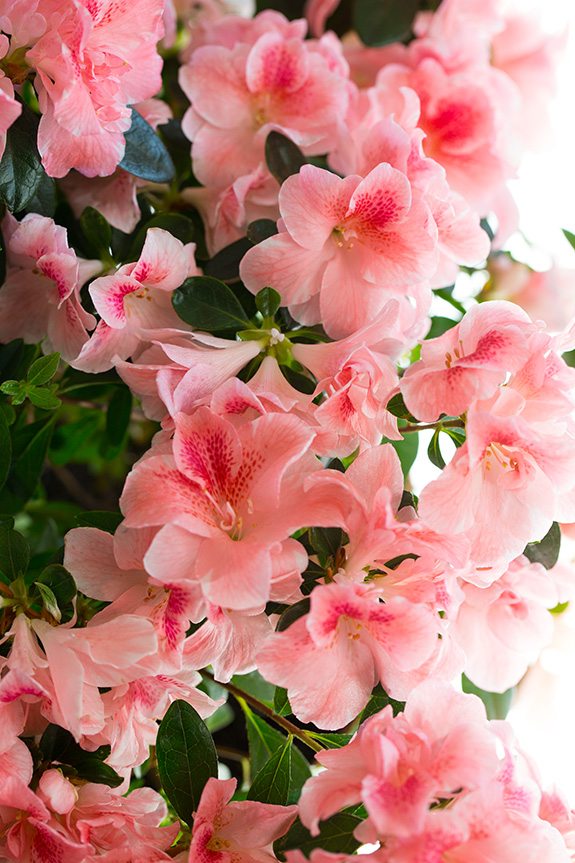 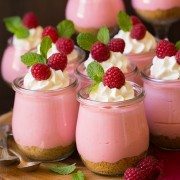 A truly delicious treat! These irresistible mousse cups are layered with a no-bake graham cracker crust and a decadent cheesecake flavored mousse made with fresh raspberries, cream and cream cheese. What more could you want in a dessert!
Servings: 10
Prep45 minutes
Cook1 minute
Ready in: 46 minutes 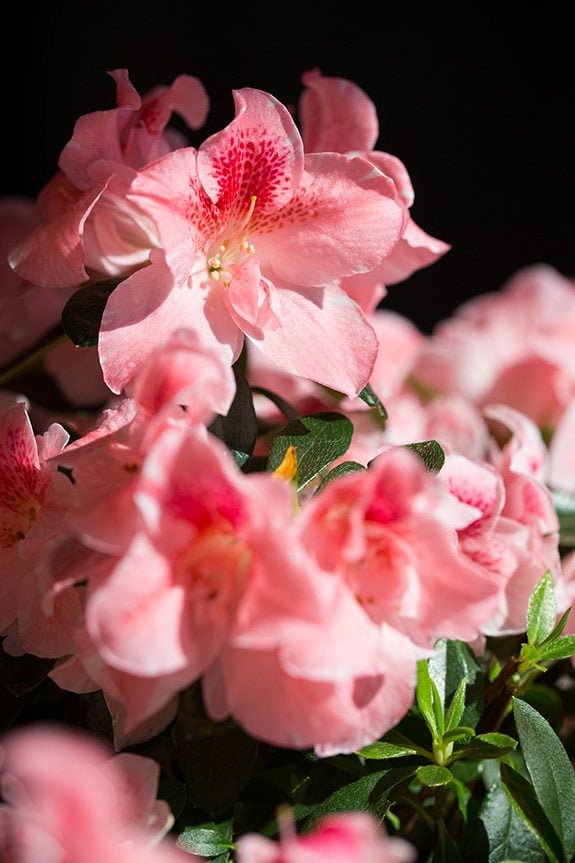