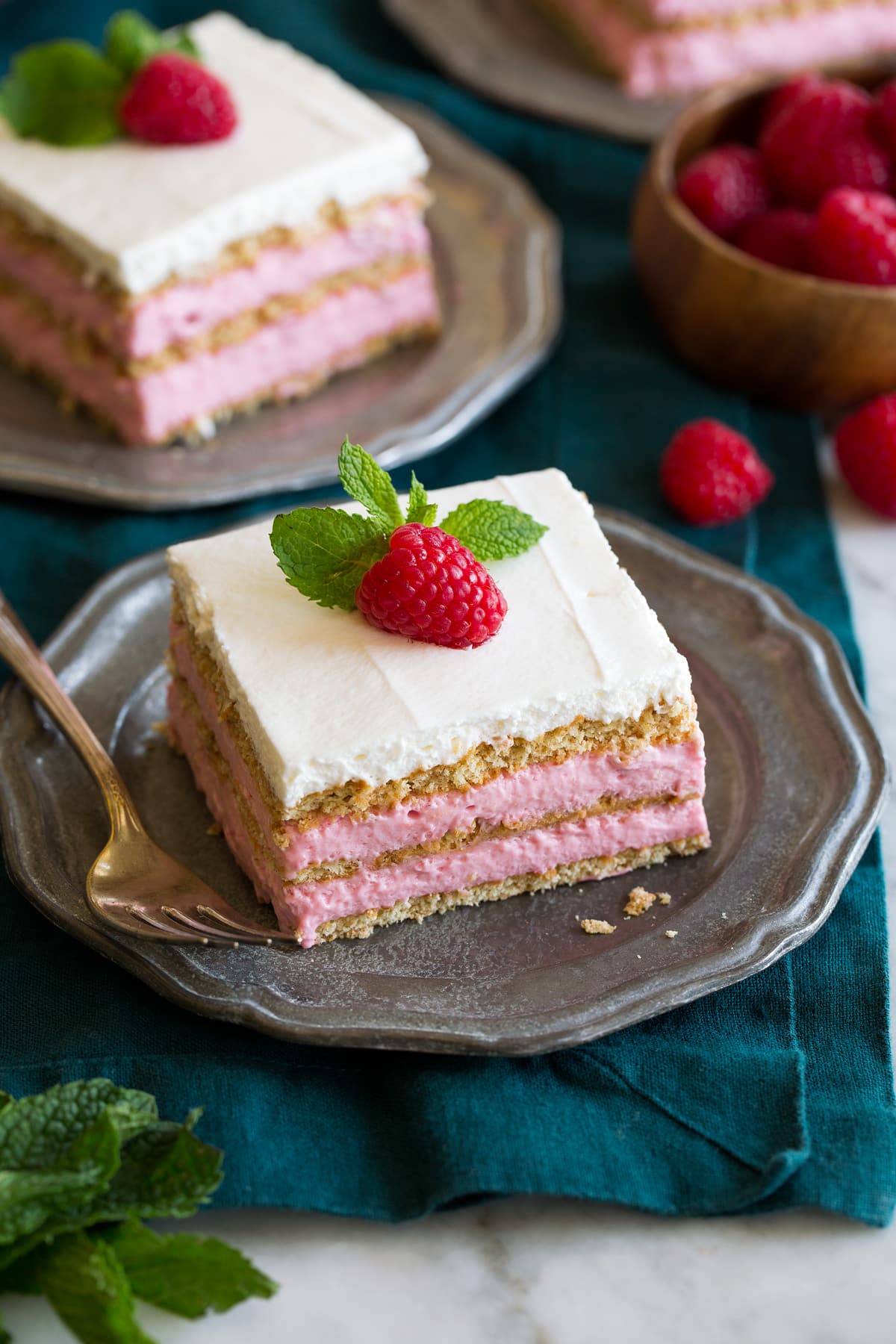 It is a type of no-bake “cake” that is generally layered with crackers, wafers or cookies which alternates with a cream filling. They can also include fruits, nuts and other mix-ins and they come in various flavors such as chocolate or strawberry.

After assembly, the icebox cake is set in the fridge to rest while the cracker layer absorbs some of the moisture from the cream filling and softens and becomes cake-like.

Since the cake is served cold it’s a great dessert for hot summer days.

This icebox cake, which is made with fresh raspberries, is my favorite version. It’s adapted from my fluffy Raspberry Cheesecake Mousse, but instead of individual cups it’s layered into a pretty cake-like form.

In this recipe, you can appreciate that we ditch any cool whip or pudding mix (often found in icebox cakes) and make the filling and topping from scratch. Trust me it’s a thousand times better!

It’s the dessert that’s worth every bit of effort and it will earn high praise at the dinner table. 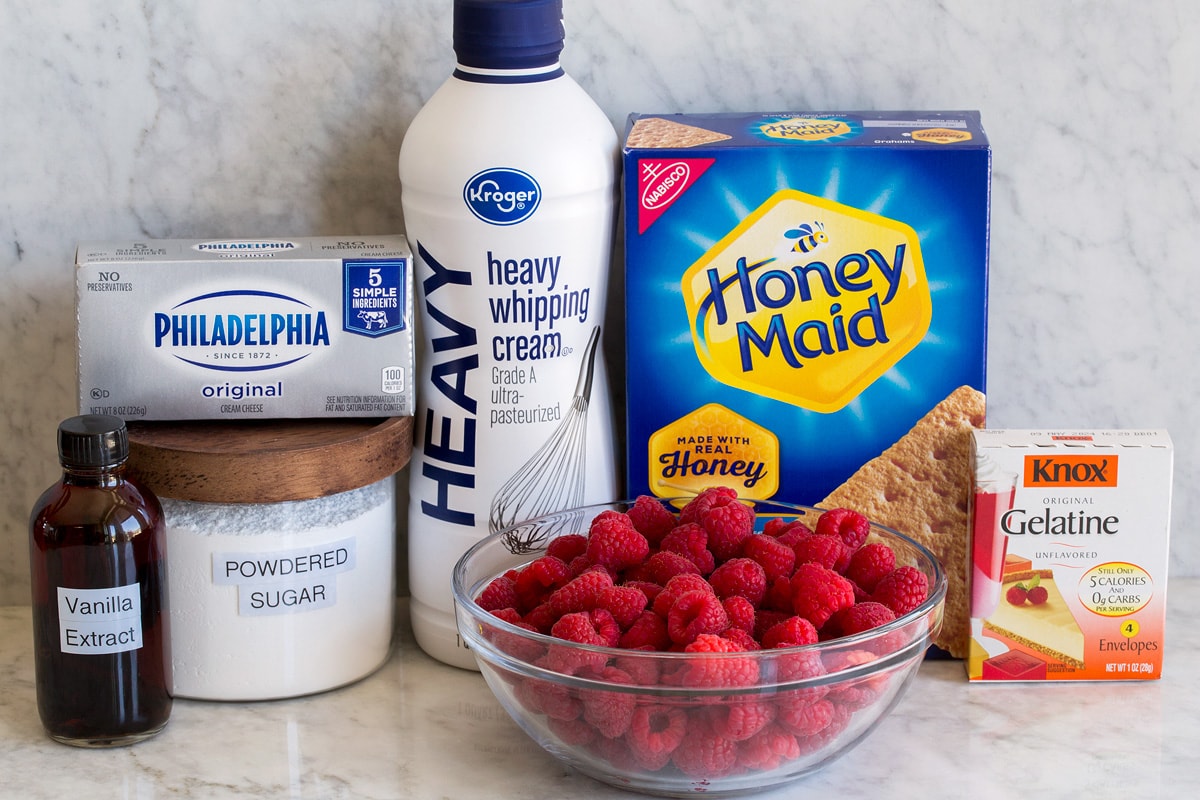 You only need 7 ingredients (plus water)! 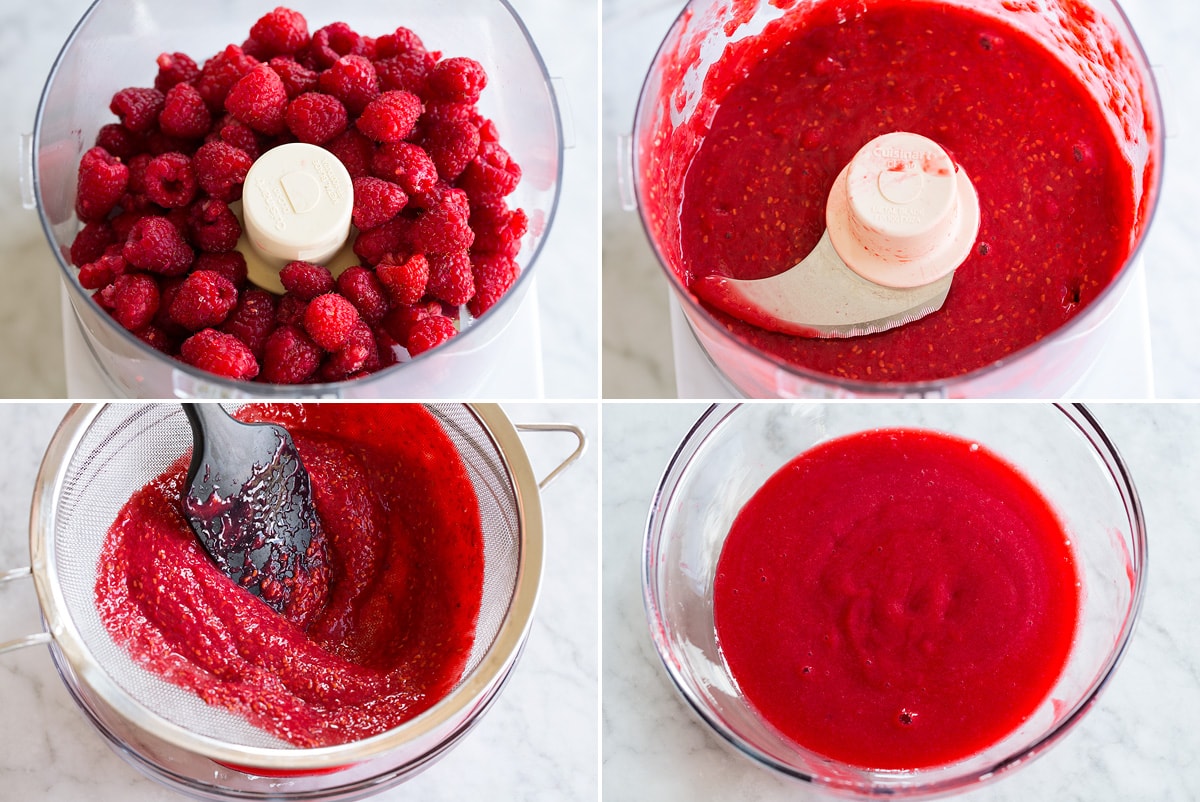 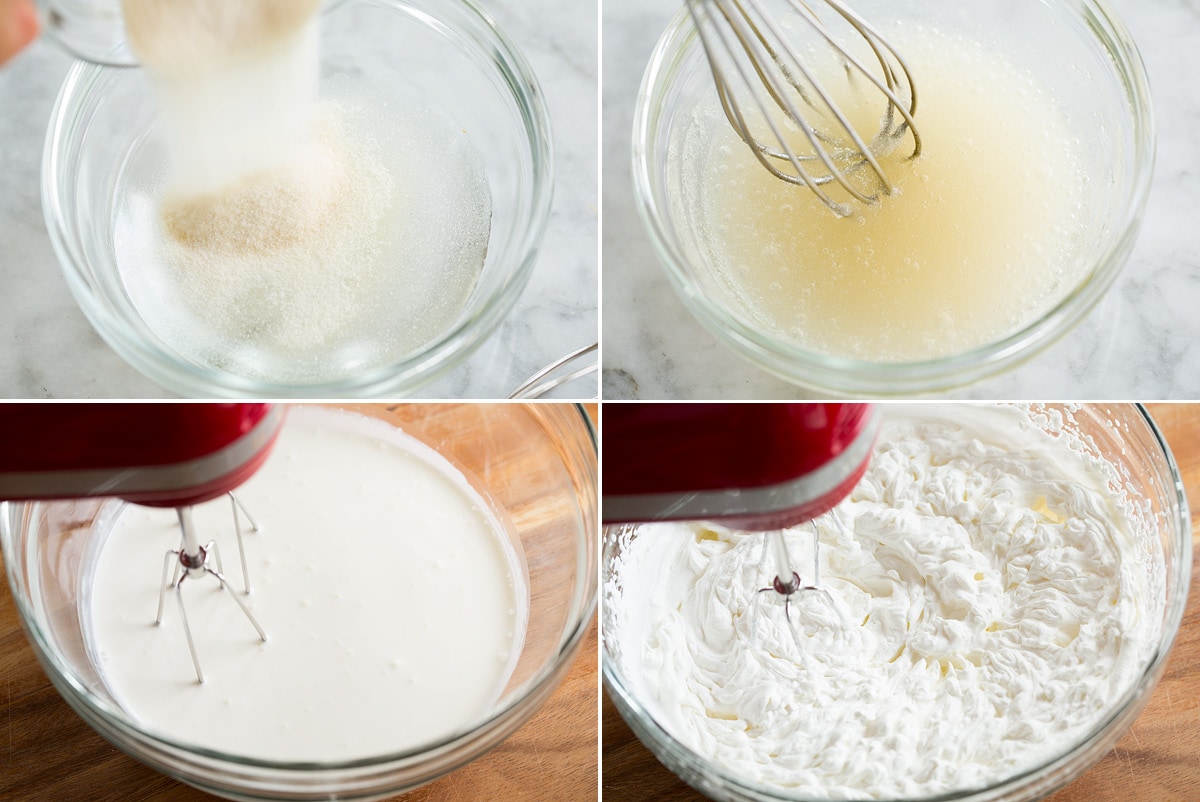 How to Make Raspberry Icebox Cake

Here’s a summary of the steps to prepare it: 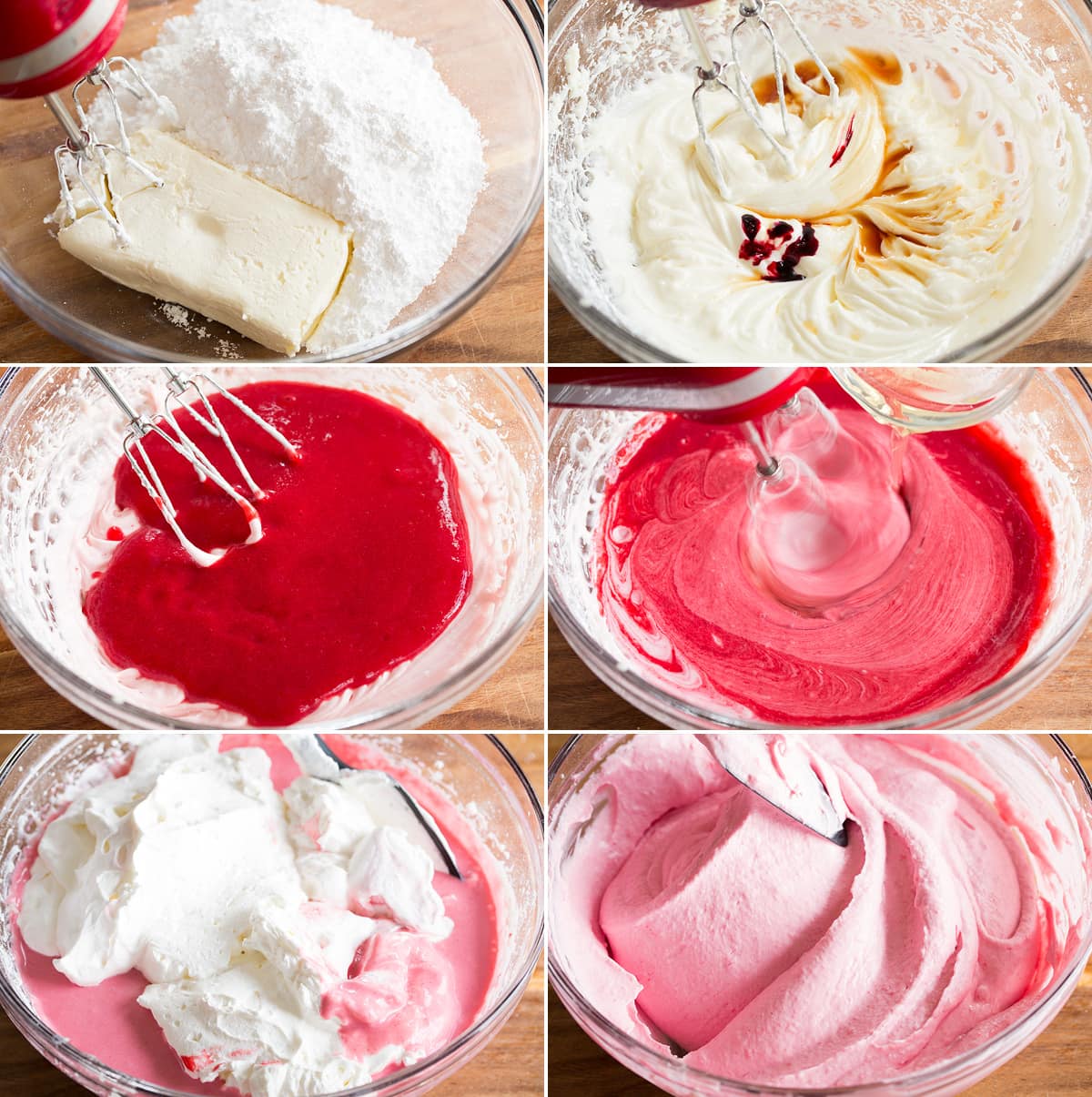 How to Layer Ice Box Cake 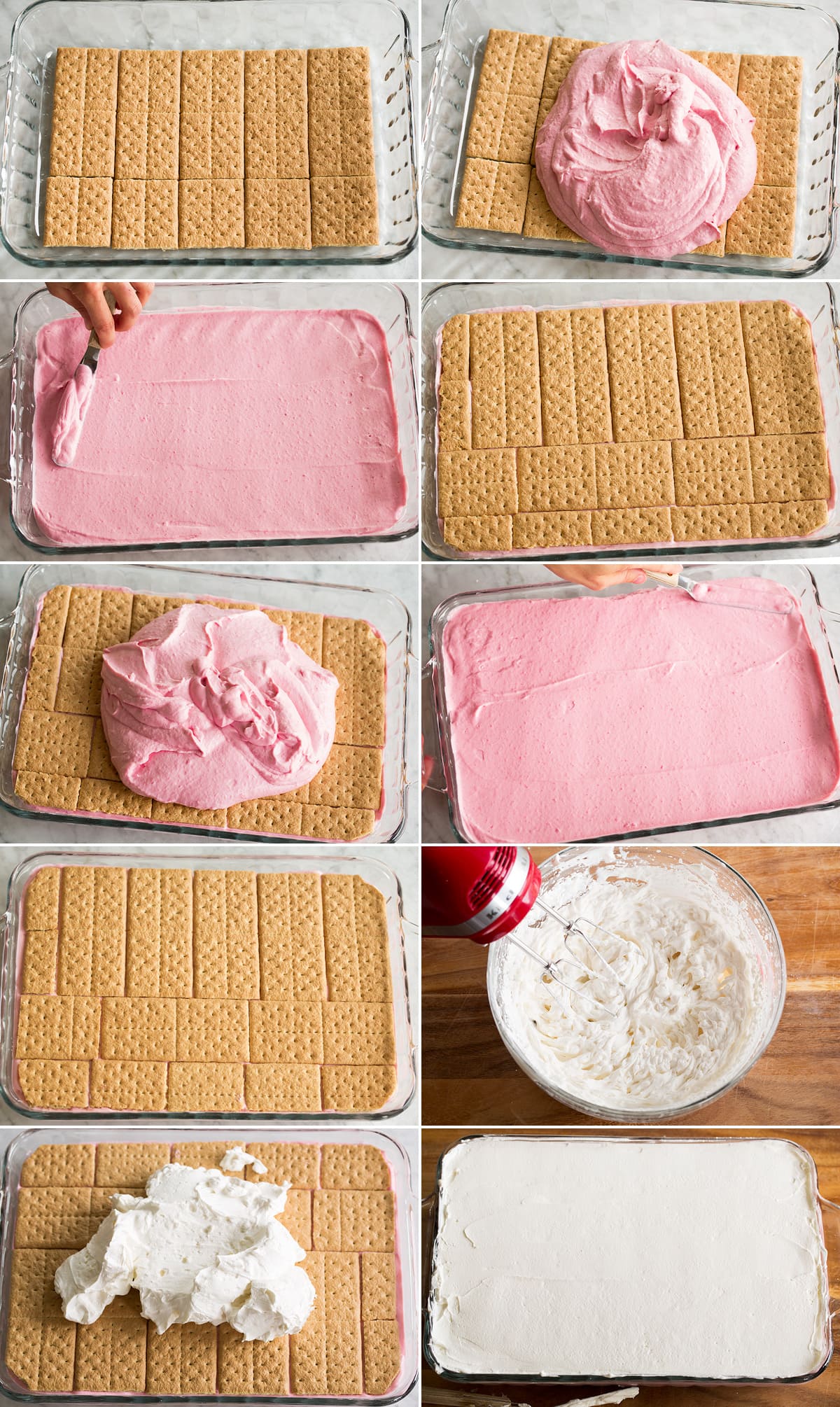 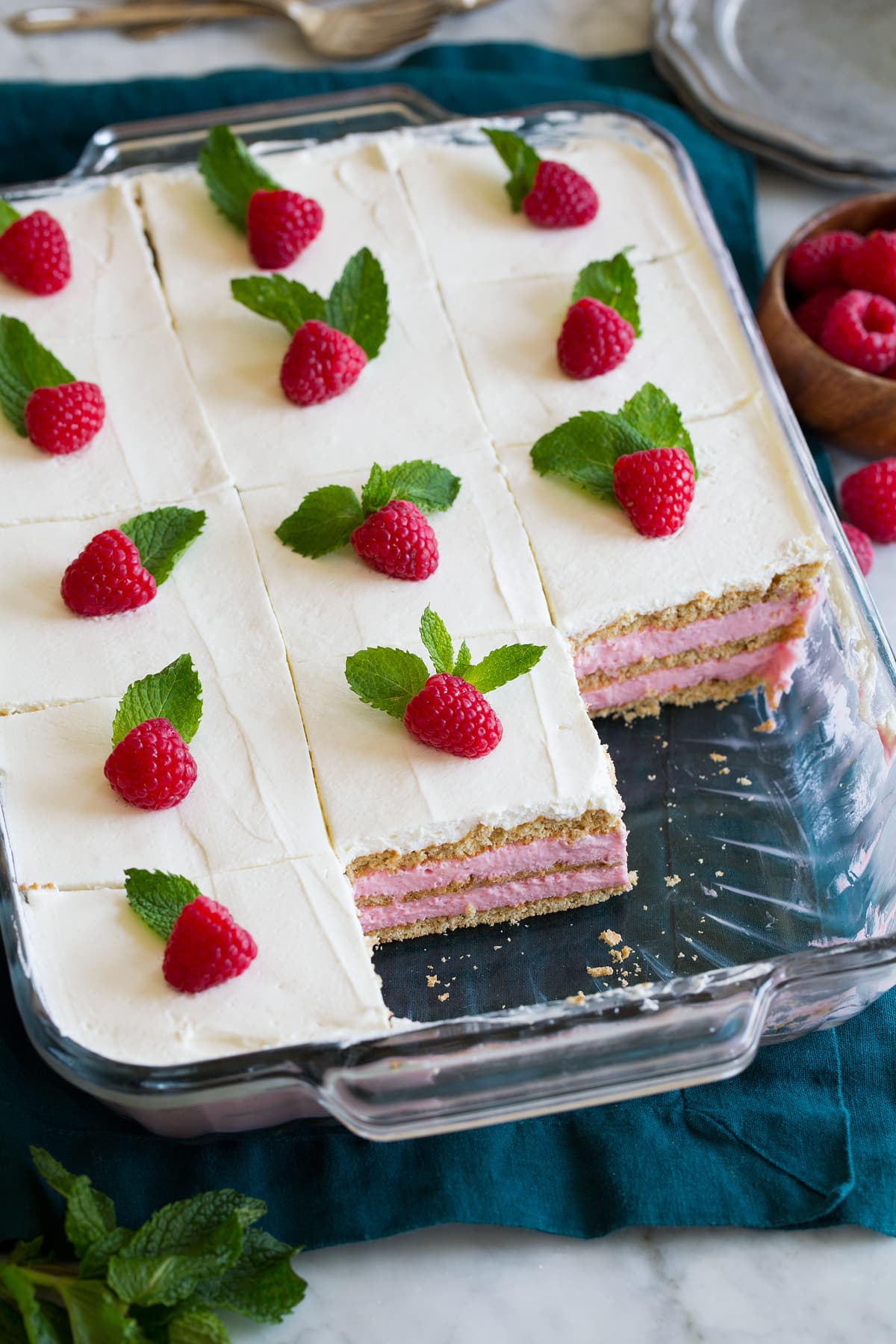 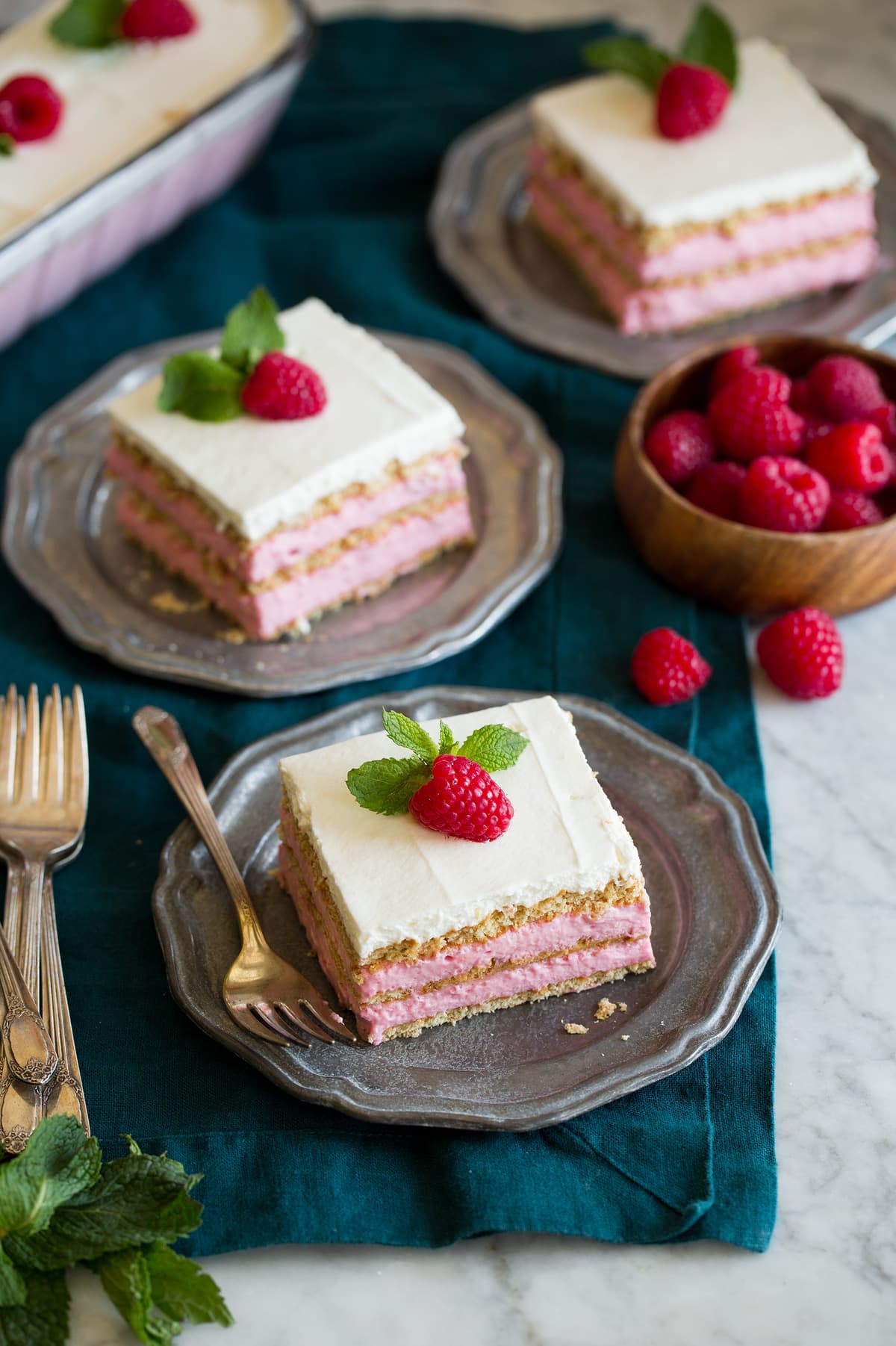 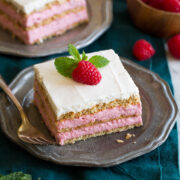