Baked Oatmeal is the perfect way to get your kids to eat oatmeal! They’ll think it’s a baked treat. It’s perfectly hearty and a great start to any morning. It also makes a great on the go breakfast. 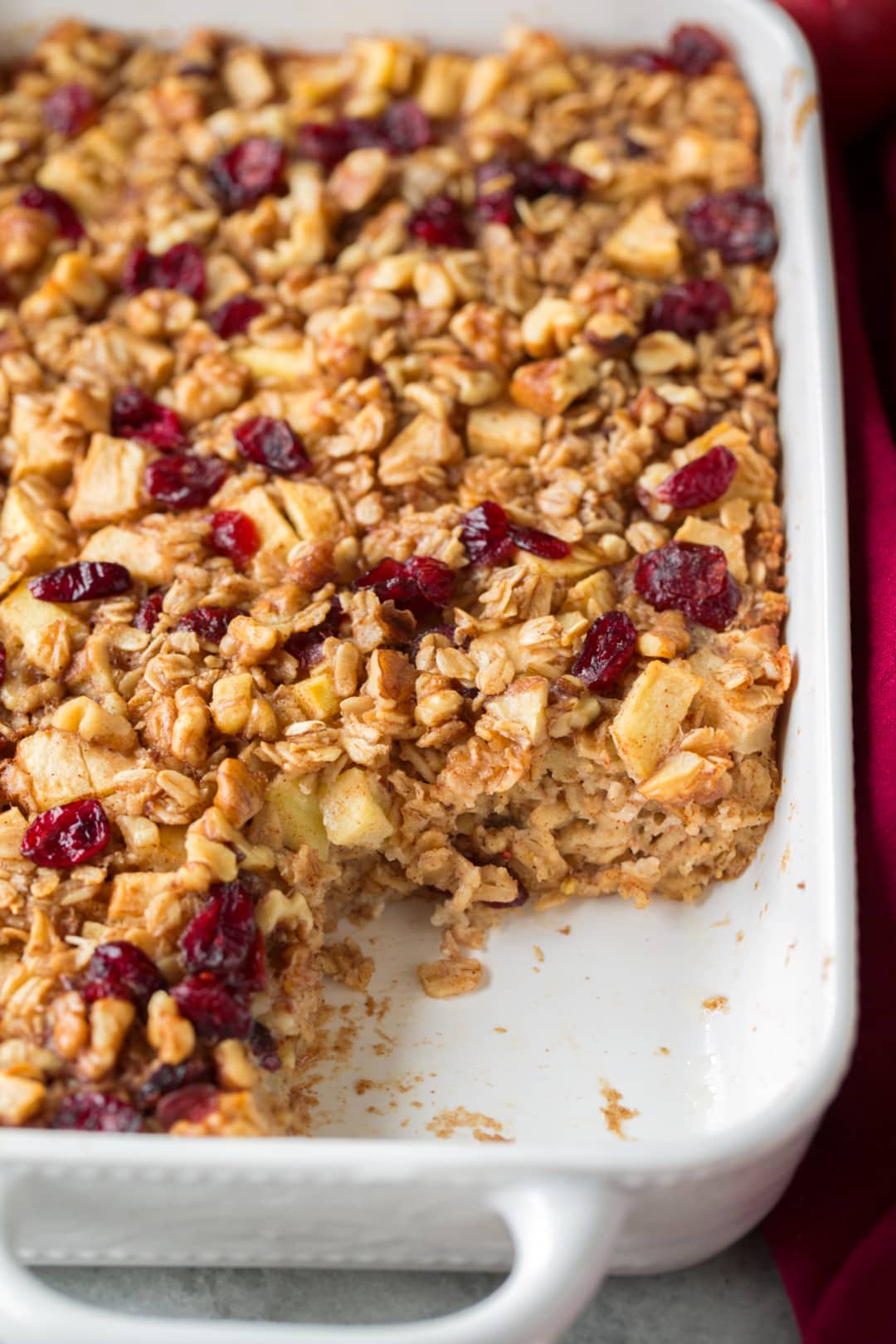 Bring on those cold fall mornings, with this warm baked oatmeal recipe I’m totally ready for it!

It wasn’t until a few years ago that I first tried baked oatmeal and now I’m totally hooked!

Just like stovetop oatmeal, it’s so versatile, but the texture is so different.

So the people that don’t normally like the runny porridge-like oatmeal love this!

And I’m obsessed with this cinnamon, apple and cranberry, walnut combo.

Plus it’s sweetened with real maple syrup instead of sugar and uses coconut oil instead of butter so you can feel good about eating this for breakfast! Or lunch, or dinner. That’s cool too.? 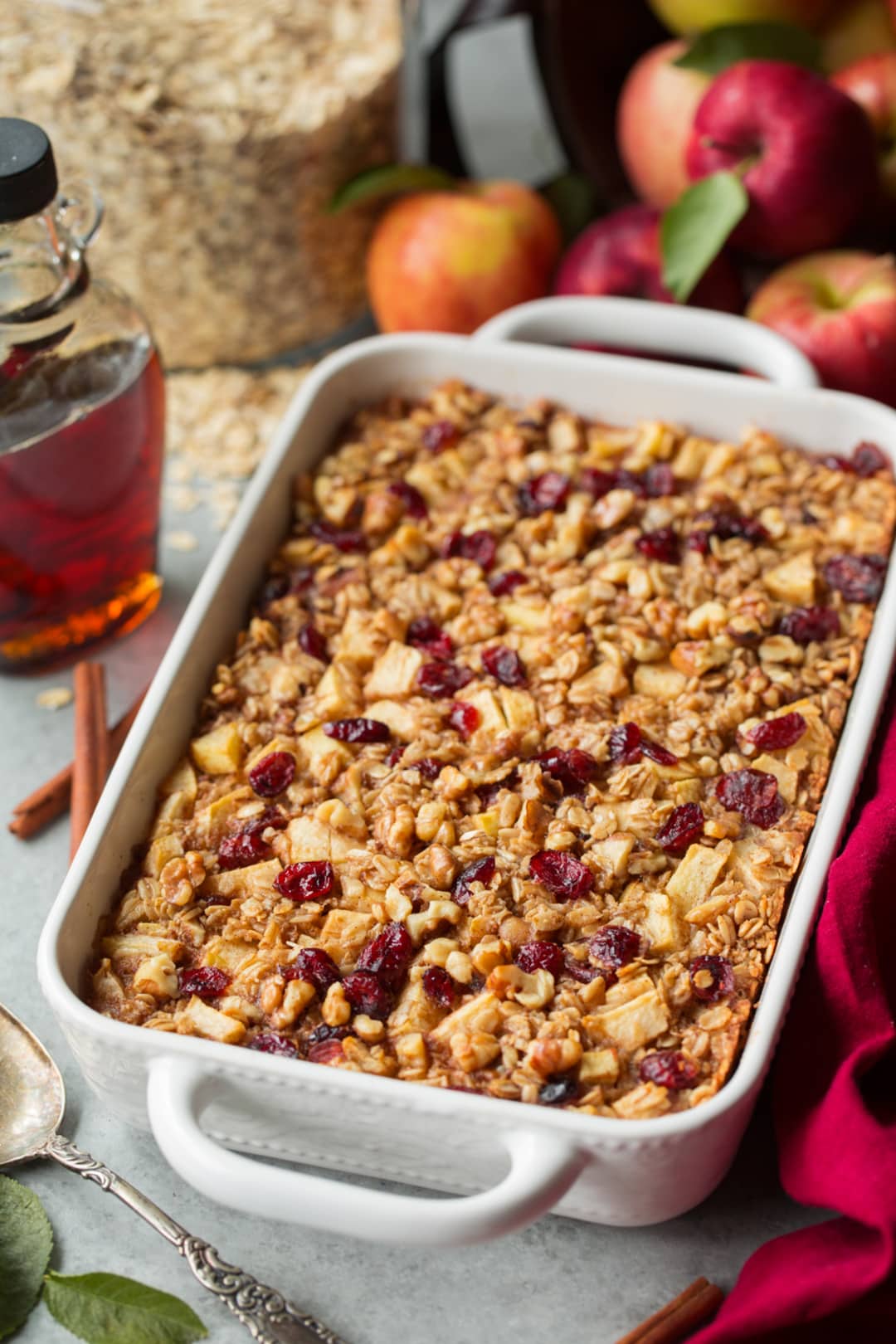 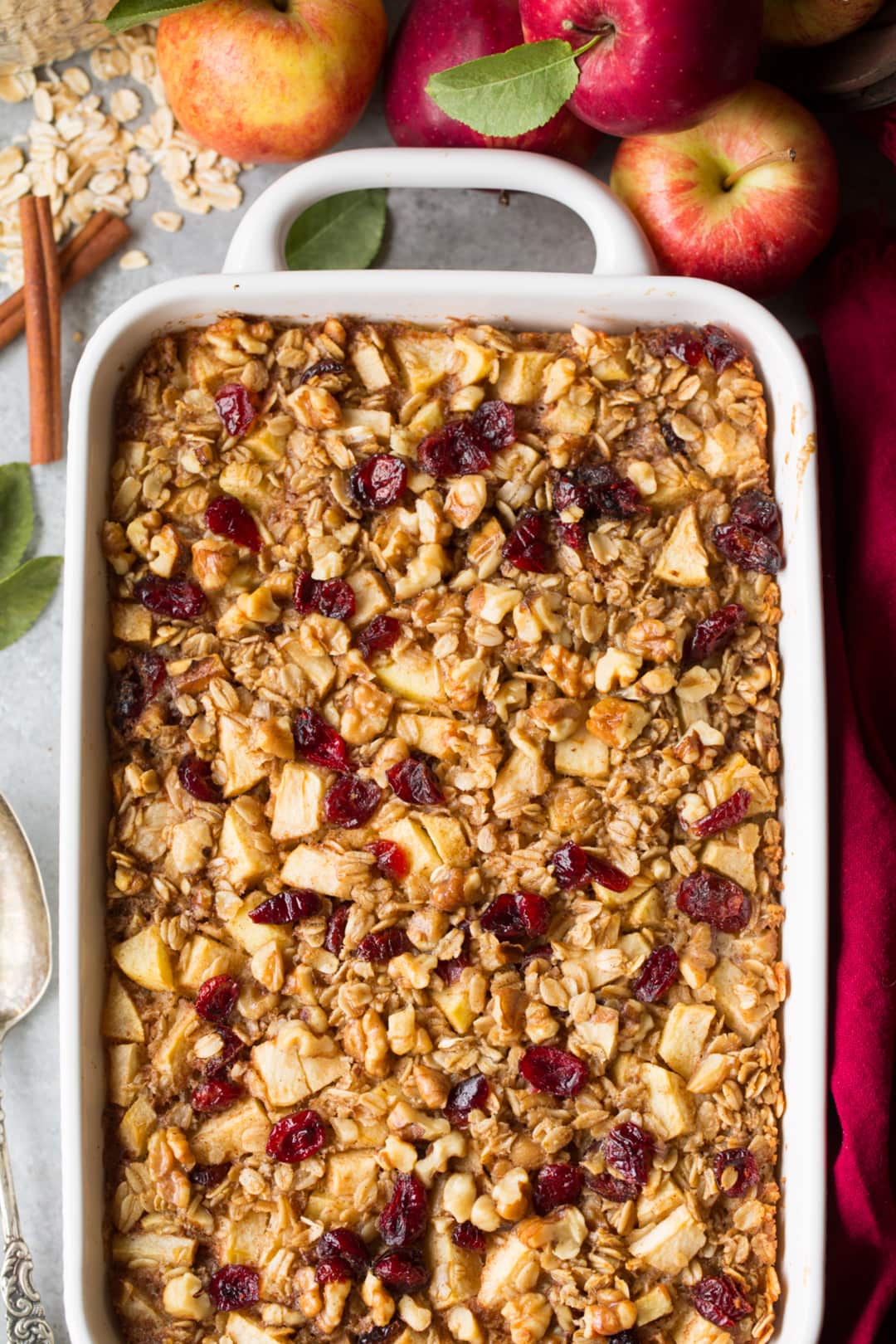 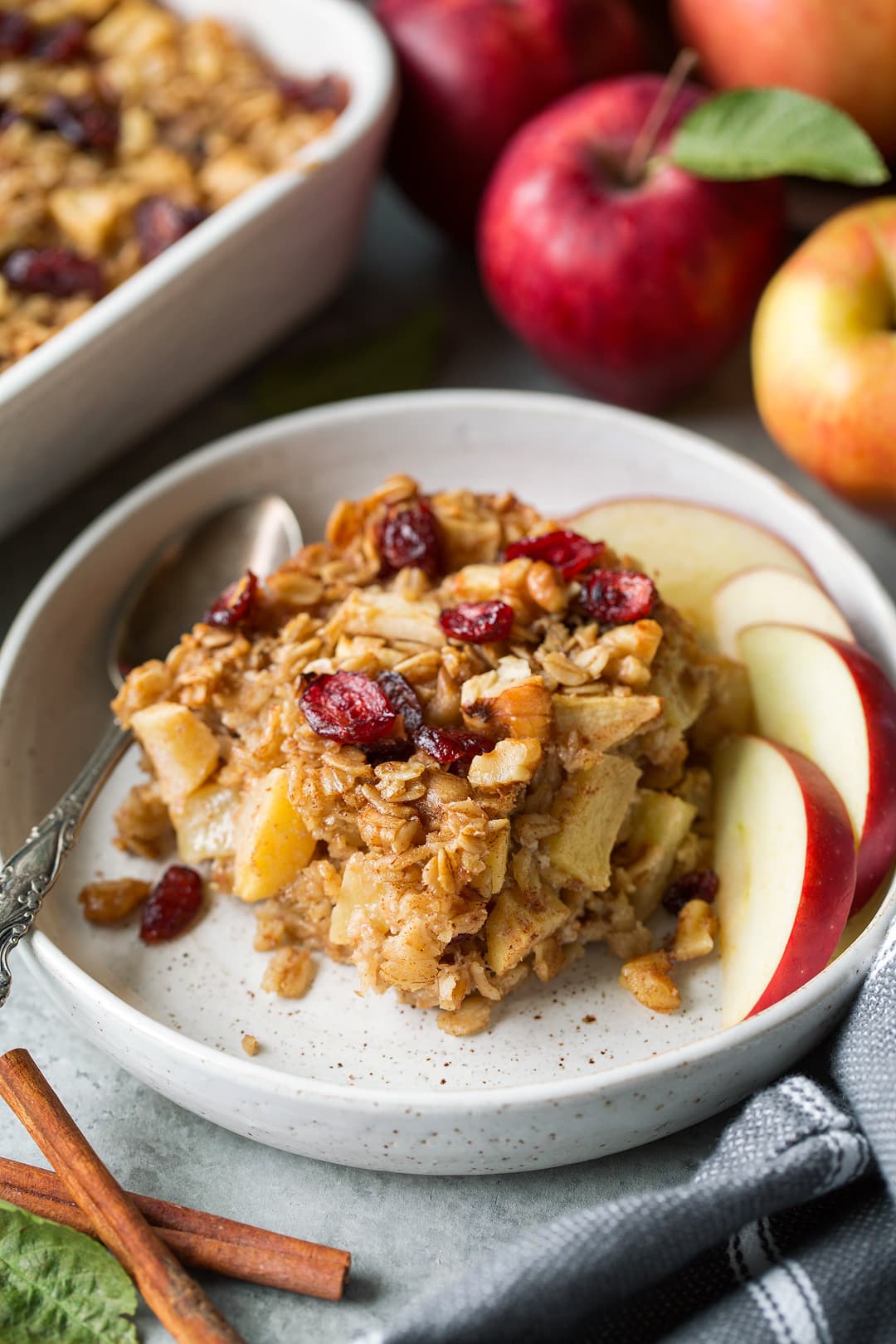 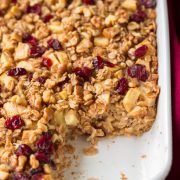 Sweet, apple cinnamon swirled, baked oatmeal! This is a perfectly cozy breakfast for a cold fall or winter day! It's hearty and filling, and a great recipe for people that don't like porridge style oatmeal.
Servings: 8
Prep15 minutes
Cook45 minutes
Ready in: 1 hour