This Banana Bundt Cake is topped with a homemade cream cheese icing and chopped pecans. It’s a dense cake, almost like a pound cake, and is so moist and flavorful! 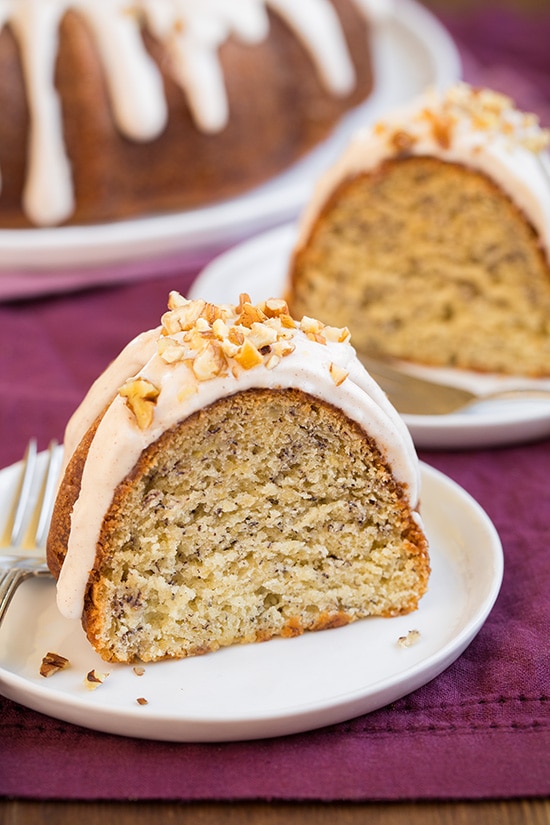 Don’t we all just love a good old fashioned bundt cake recipe? Just like the kind we remember grandma making. One that’s moist, slathered with icing and covered with nuts. Old fashioned recipes are indeed some of the best.

Banana bread and banana cake have always been one of my favorite desserts, so anytime I’ve got overripe bananas sitting around I put them to good use (or freeze them for smoothies, never toss out those gems!).

This time, instead of making another loaf of banana bread I switched it up to make a banana bundt cake and give it that special something with a cinnamon cream cheese icing and a generous sprinkling of pecans.

And let me tell you, it is amazing! You’ll want slice, after slice, after thin little slice, after just one more little bite. So tempting in all the best ways.

The texture of this is much like banana bread in that it’s not very fluffy and delicate. It’s more of a dense, almost pound-cake-like cake. Which is usually what I think of when I think of bundt cakes anyway. Its structure works great for this recipe though as it holds up well to icing, and this cake should stay moist for days.

Now what are you waiting for, go put those super speckled bananas on your countertop to good use! You are going love this combo of banana cake with cinnamon cream cheese icing. It’s a match meant to be.

And for the homemade cream cheese icing, you’ll need: 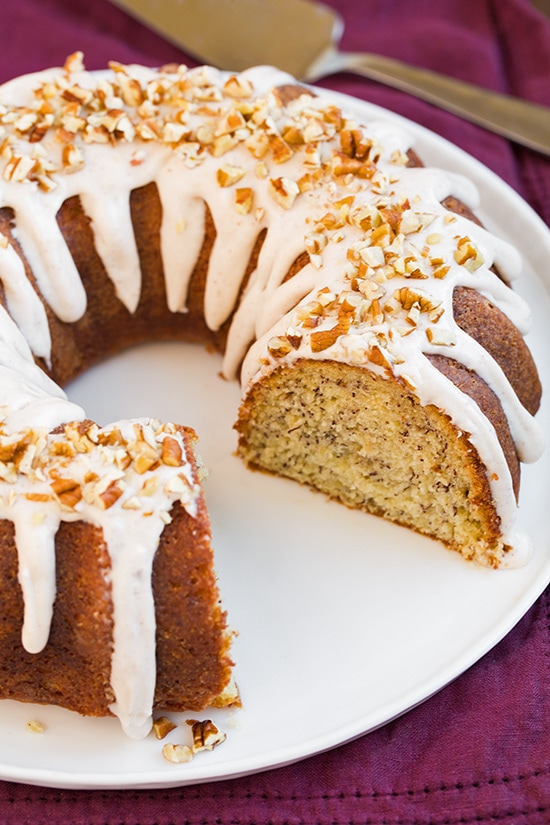 How to Make Banana Bundt Cake

How to Make Cream Cheese Icing

Can I Use Another Chopped Nut on the Cake?

Yes, feel free to use any chopped nuts on top of the cream cheese icing. Chopped walnuts would be delicious atop this cake as well.

What Size Bundt Pan Should I Use?

This banana bundt cake recipe should be made using a 10- or 12-cup bundt pan. If you use a 12-inch bundt pan, the cake will need less time in the oven. 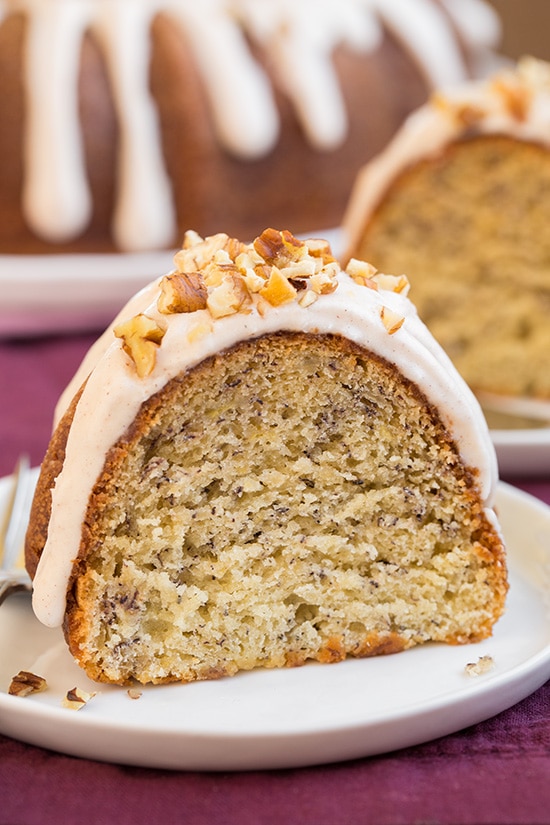 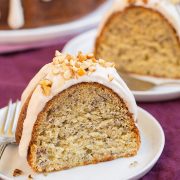 Such a tasty way to use up overripe bananas! Moist flavorful banana cake is topped with a rich and creamy cream cheese icing and finished with pecans.
Servings: 14
Prep30 minutes
Cook45 minutes
Ready in: 1 hour 15 minutes