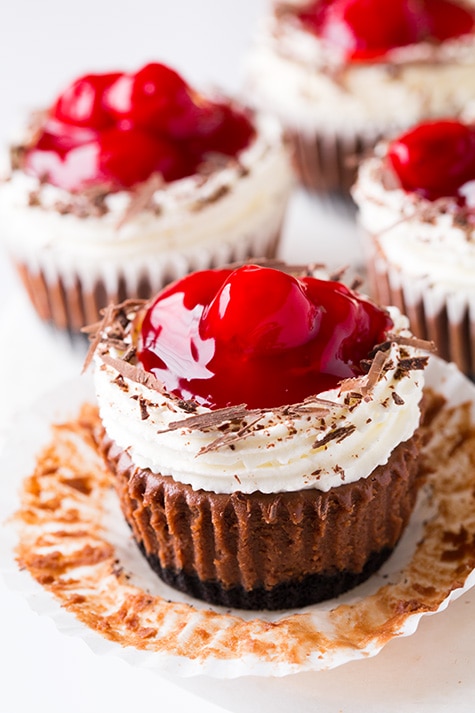 Happy Thanksgiving everyone! I love Thanksgiving, what food lover doesn’t? So basically who in the world doesn’t :)? I decided to start the pre-holiday right today, we had BLT’s for dinner and these. Gotta keep it light and healthy so I can feast tomorrow.

Ha if only that could be considered light. One of my favorite meals ever, though. Bacon followed by cheesecake. And not just any cheesecake, Black Forest Cheesecakes! 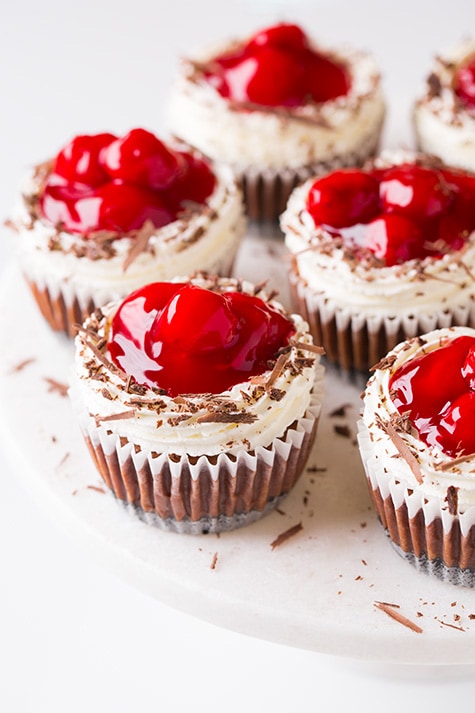 Cheesecake is quickly becoming what I’d like to consider my specialty, especially when it is in cupcake form. It is one of my favorite foods after all.

I have so many more variations I look forward to posting but for now be sure to try these out soon. They are basically three incredible desserts in one, chocolate, cheesecake and pie. Doesn’t get much better than that, right? Enjoy! 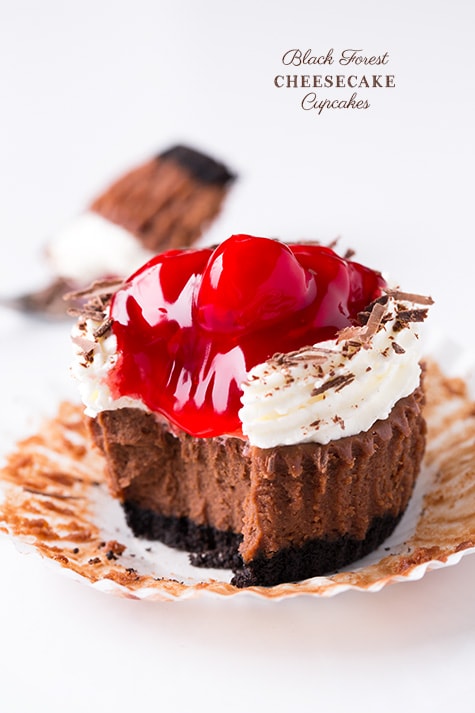 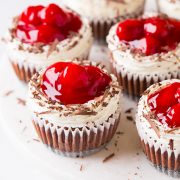