Seriously. Cannoli AND cream puffs together at once? Does it get any better? These are two of my all time favorite desserts combined into one unbelievably decadent dessert. You’ll lose all self control with these things.

Anytime I make cannoli anything I have the hardest time limiting myself. When it comes to cannoli, it’s almost as if there can be no limits. The heavenly sweetened ricotta, combined with the irresistibly creamy mascarpone makes for a filling like none other. It’s so simple yet so complexly enticing. 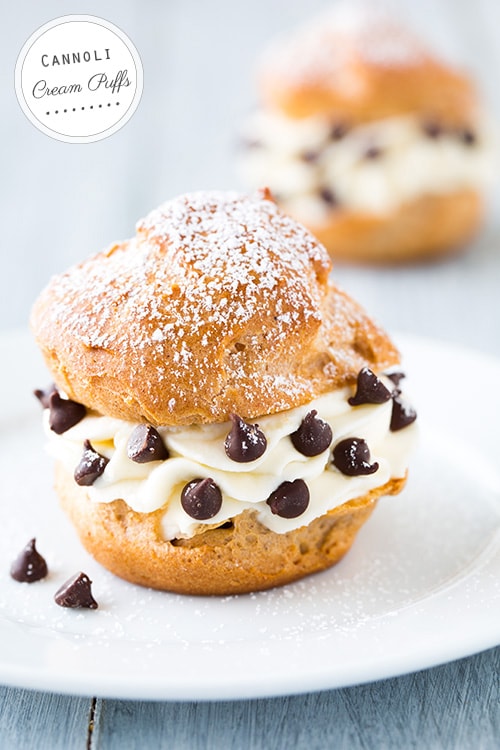 Yes, you can make these like your grandma made her cannoli filling and add orange zest to it if you’d like, but for me personally there’s no diminishing the lavish flavors of that sweet mascarpone combined with the ever so lightly salty, ricotta cheese. 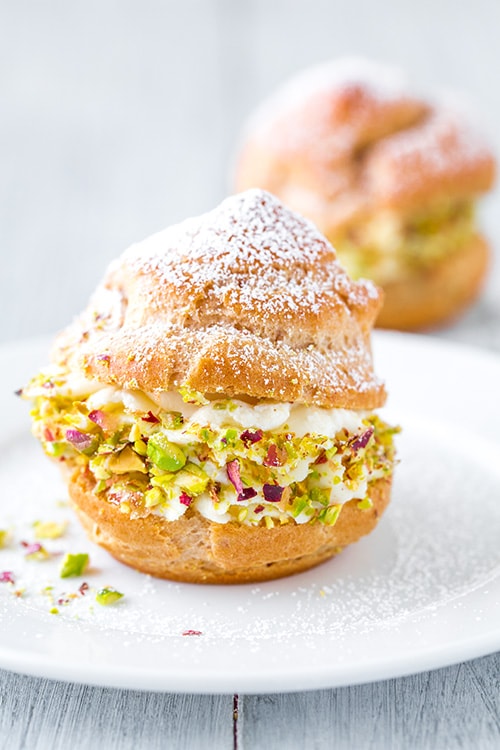 It’s about the hint of cocoa and cinnamon swirled throughout a traditional cream puff shell, then it’s filling of the most insanely irresistible and creamy cannoli cream (yeah when I have a spoon and there’s cannoli cream like this around – things get crazy. It’s basically like eating ice cream right? So why night enjoy a few spoonfuls?).

It’s true that you may just think of these as one of the best desserts you’ve ever had. I know I loved them just that much. Enjoy! 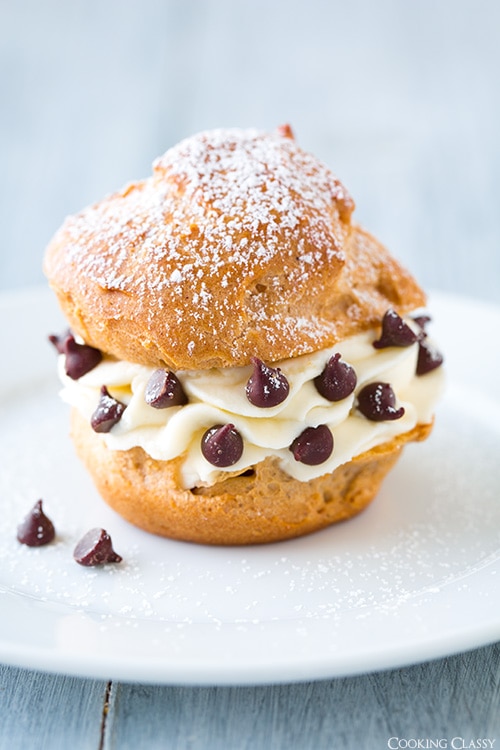 Two of the best desserts in one! Tender pastry filled with cannoli cream filling.

Just wanted to share a random photo today. I just loved how beautiful this rose was so I had to take a few photos. Somehow it ties into this post – I mean because roses and cannoli are both beautiful things right :)? I know I’m a total amateur and it’s not professional but I wanted to name it anyway – I’ve called it “With Grace” because even though it was cut from it’s branch and dying, it was still dying with grace. It was still gorgeous and standing tall. I feel it’s important do things with grace. Though I totally suck at it most of the time (see “totally suck” is so ungraceful), it’s just a nice ambition :). 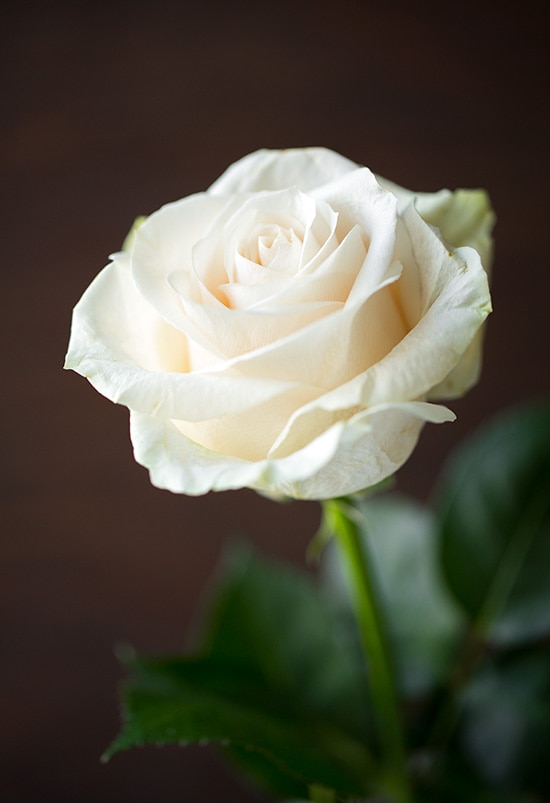 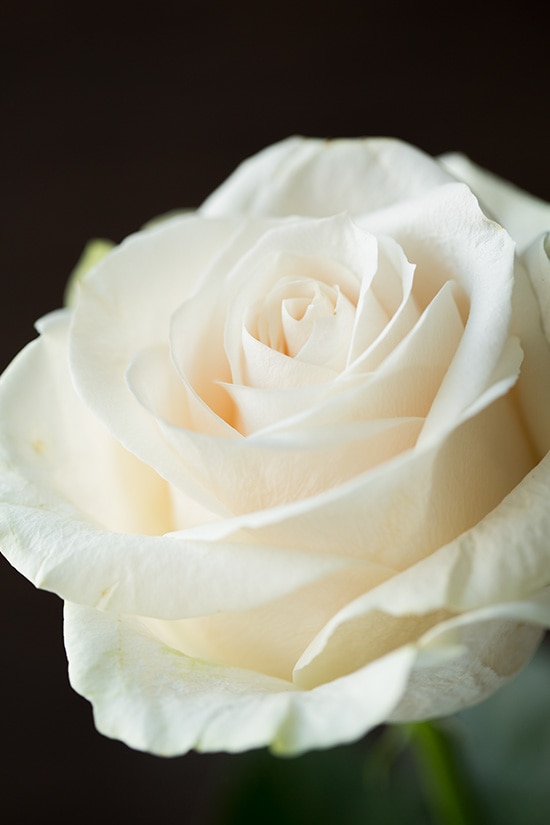