Cannoli Cones are a fun shortcut twist on the traditional cannoli. A perfectly satisfying treat everyone will love and they’re so easy to make, plus they’re perfect for any occasion! 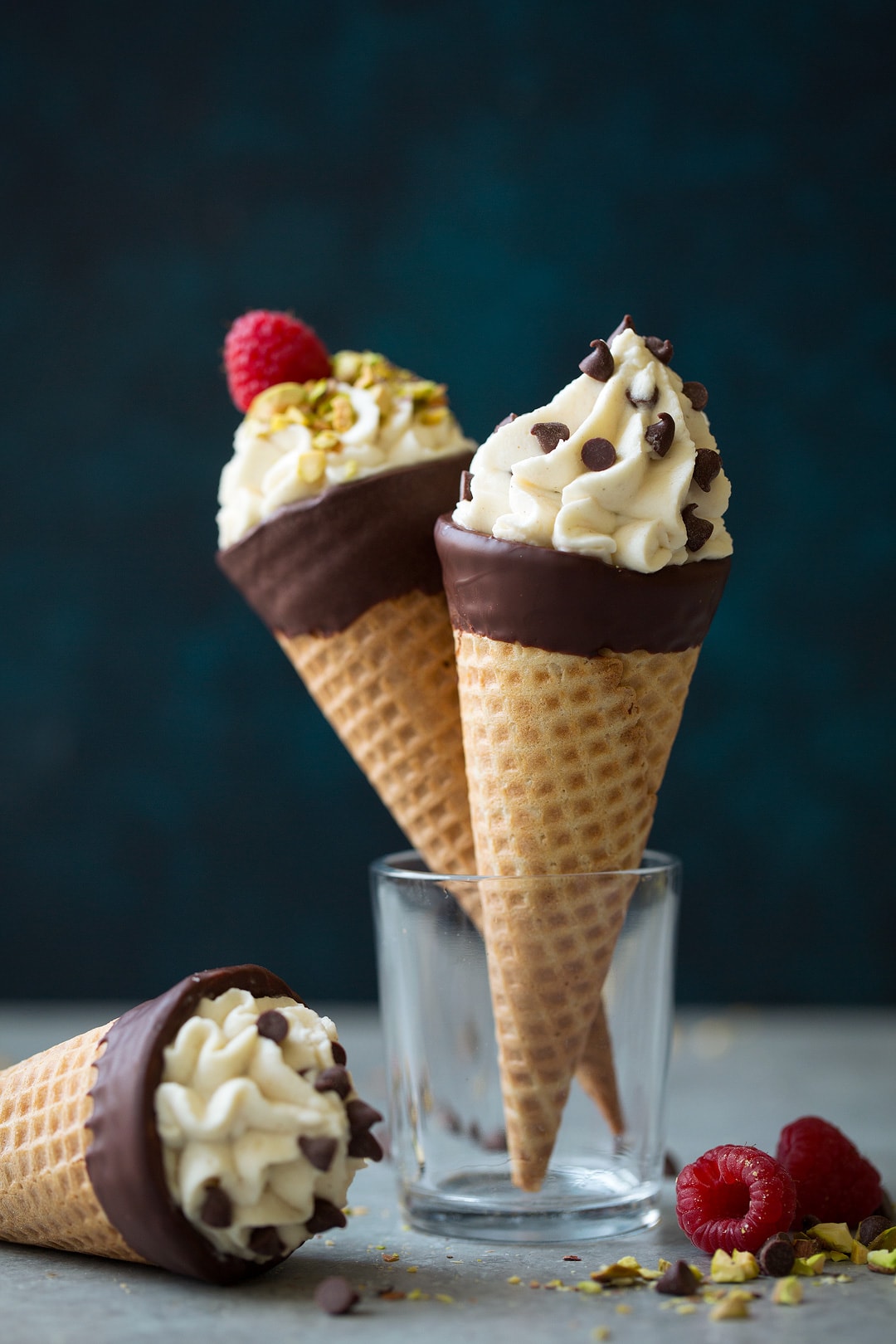 If you’ve been following my blog for a few years then by now you’ve probably figured out I’m obsessed with cannoli. It is one of the worlds best desserts!

I’ve always loved sugar cones so I knew I’d be a big fan of these. Plus they aren’t fried so that means I get to eat two right :)?? 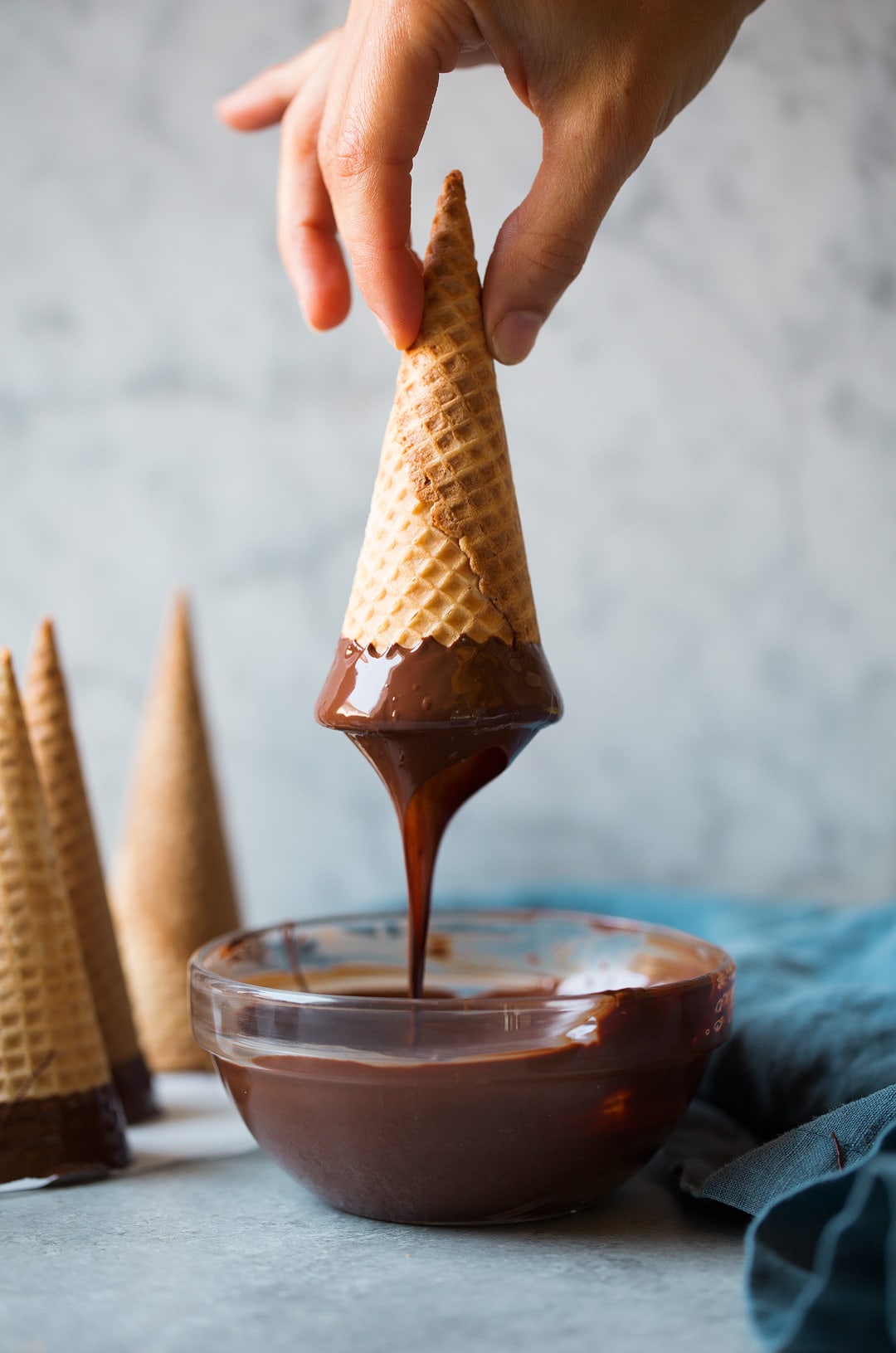 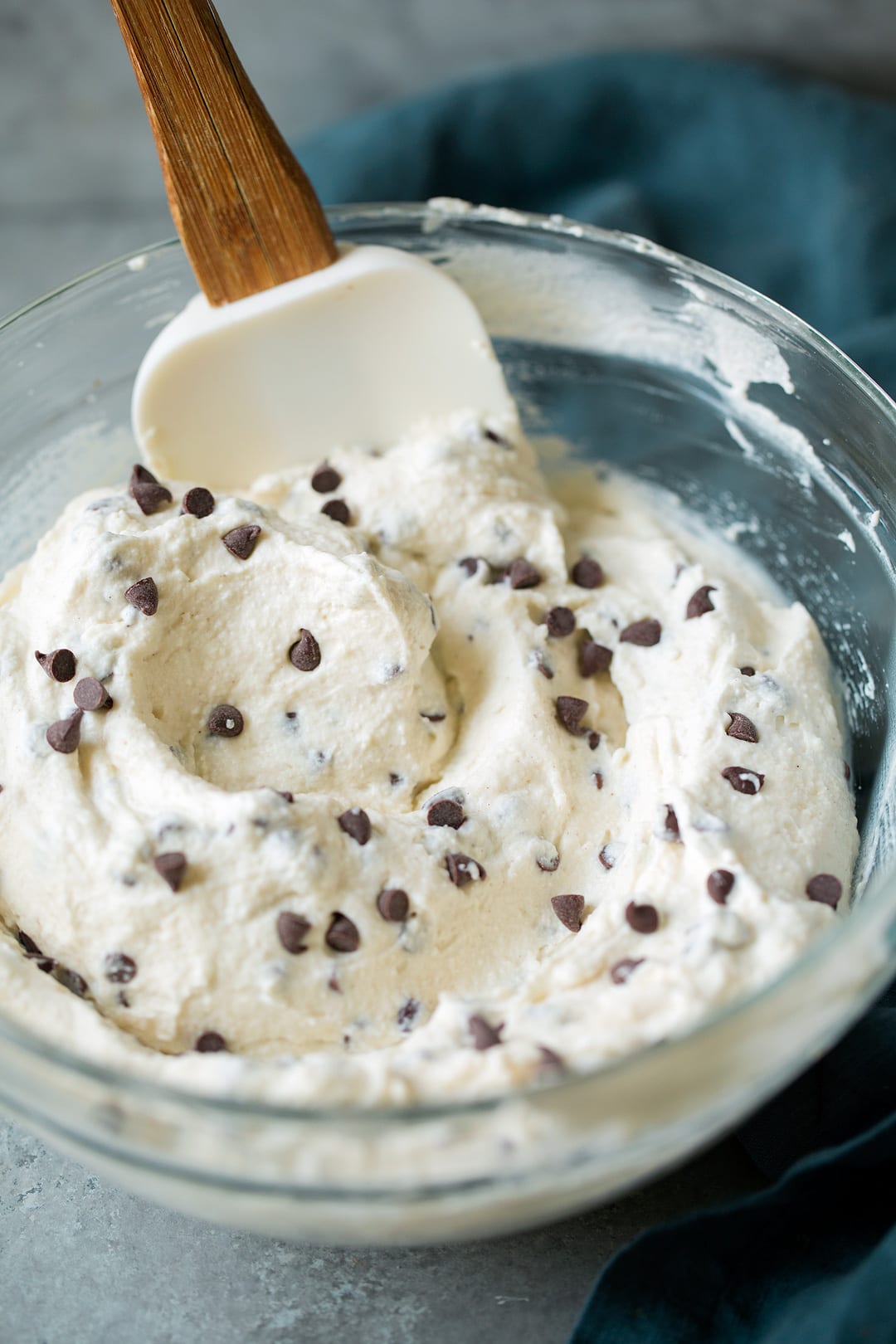 How to Make Cannoli Cones 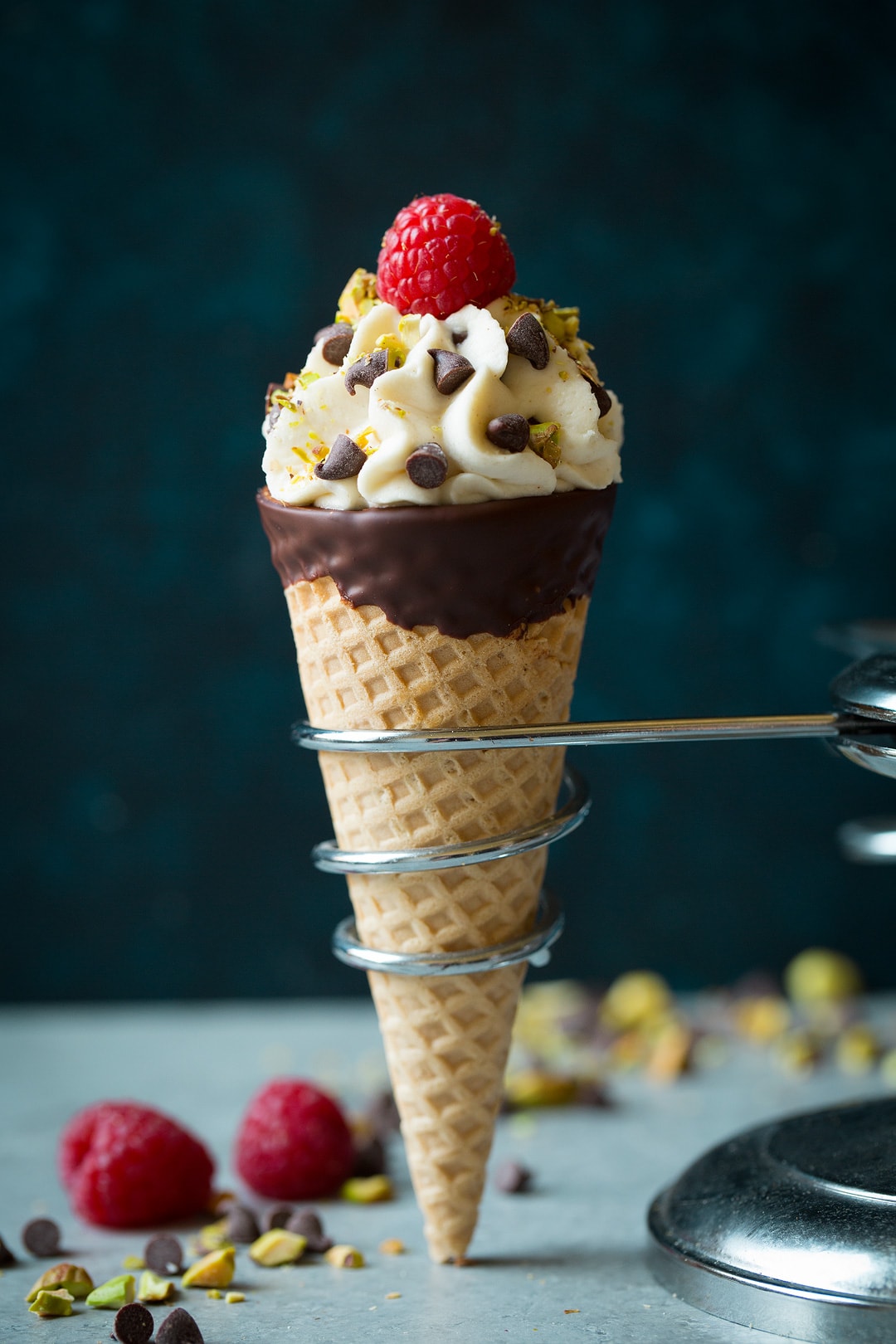 A Fun Treat for All Ages

These are a fun treat that people of all ages will totally enjoy. Who could resist them? Plus these are one of those things that are perfect for any, and I mean any occasion. 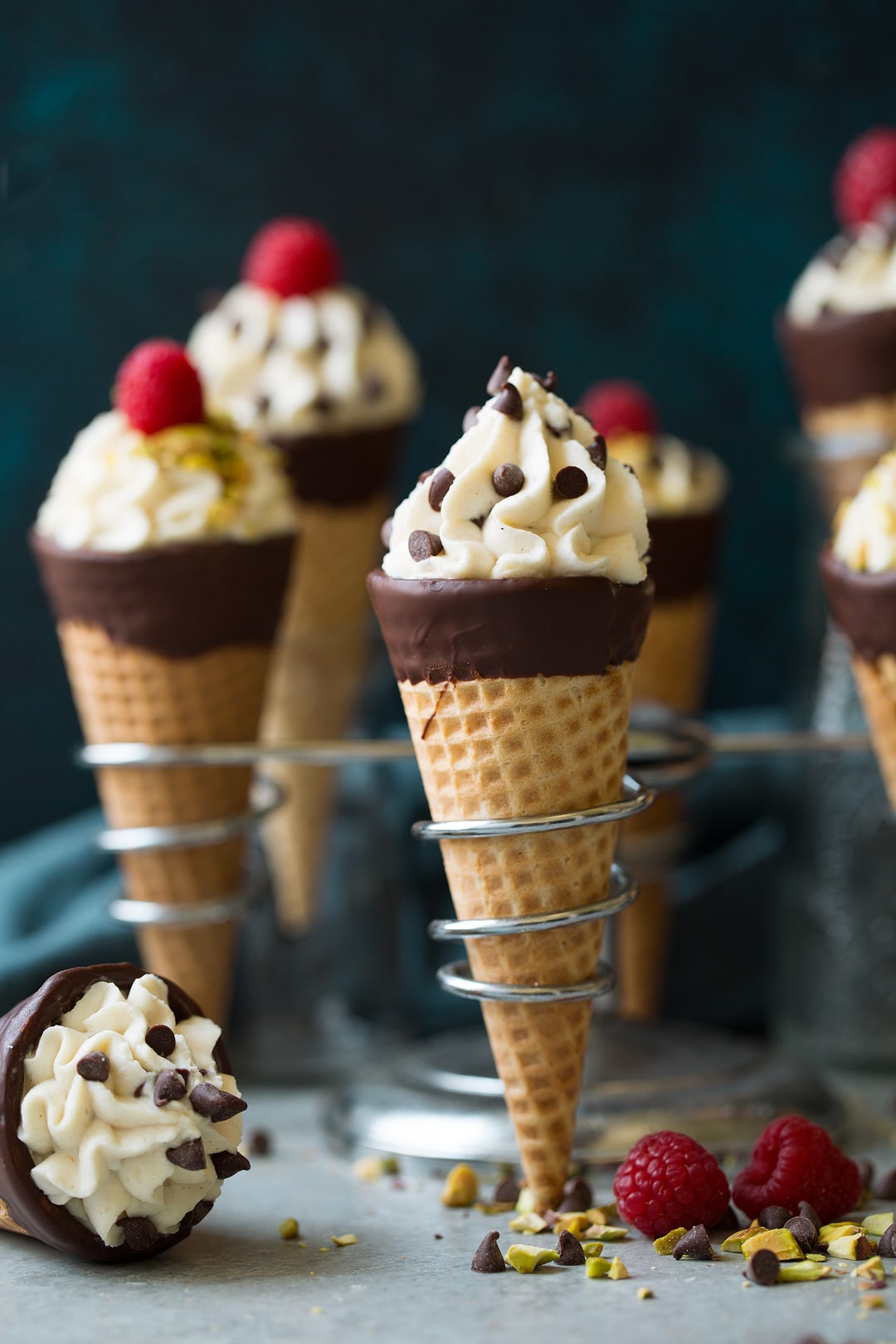 A Lazy Treat for Busy Days

What I’m trying to say is you really just need to try these lazy cannoli, even if you have zero excuses. Because cannoli don’t need an excuse. We just make them. And eat them.

And chocolate. Life needs chocolate. And here we get both. And now my life is complete. 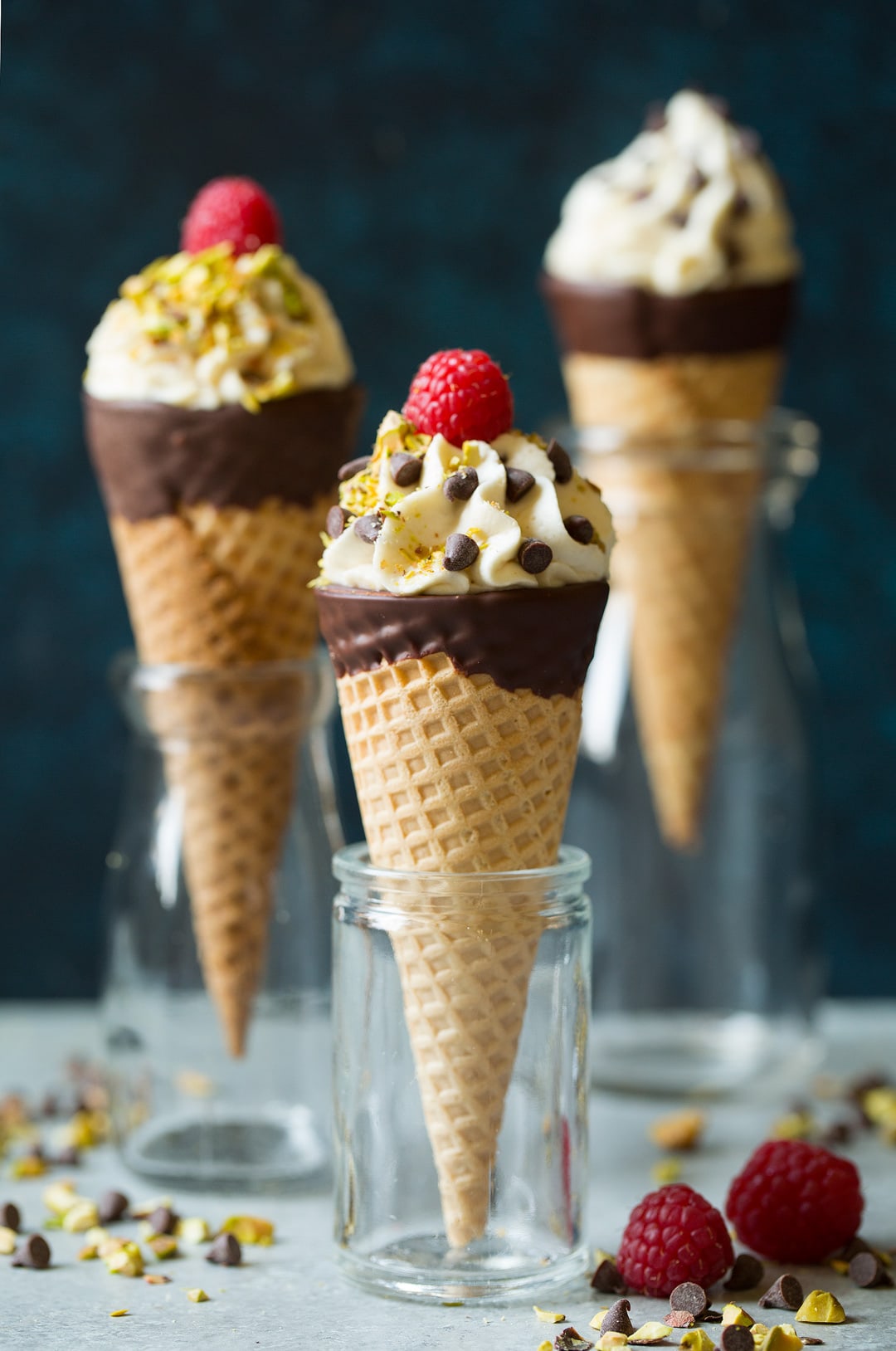 It’s Just too Good to Resist!

Make them soon and try not to eat all of the filling by the spoonful before you even get to filling the cones. It’s hard to resist I know! 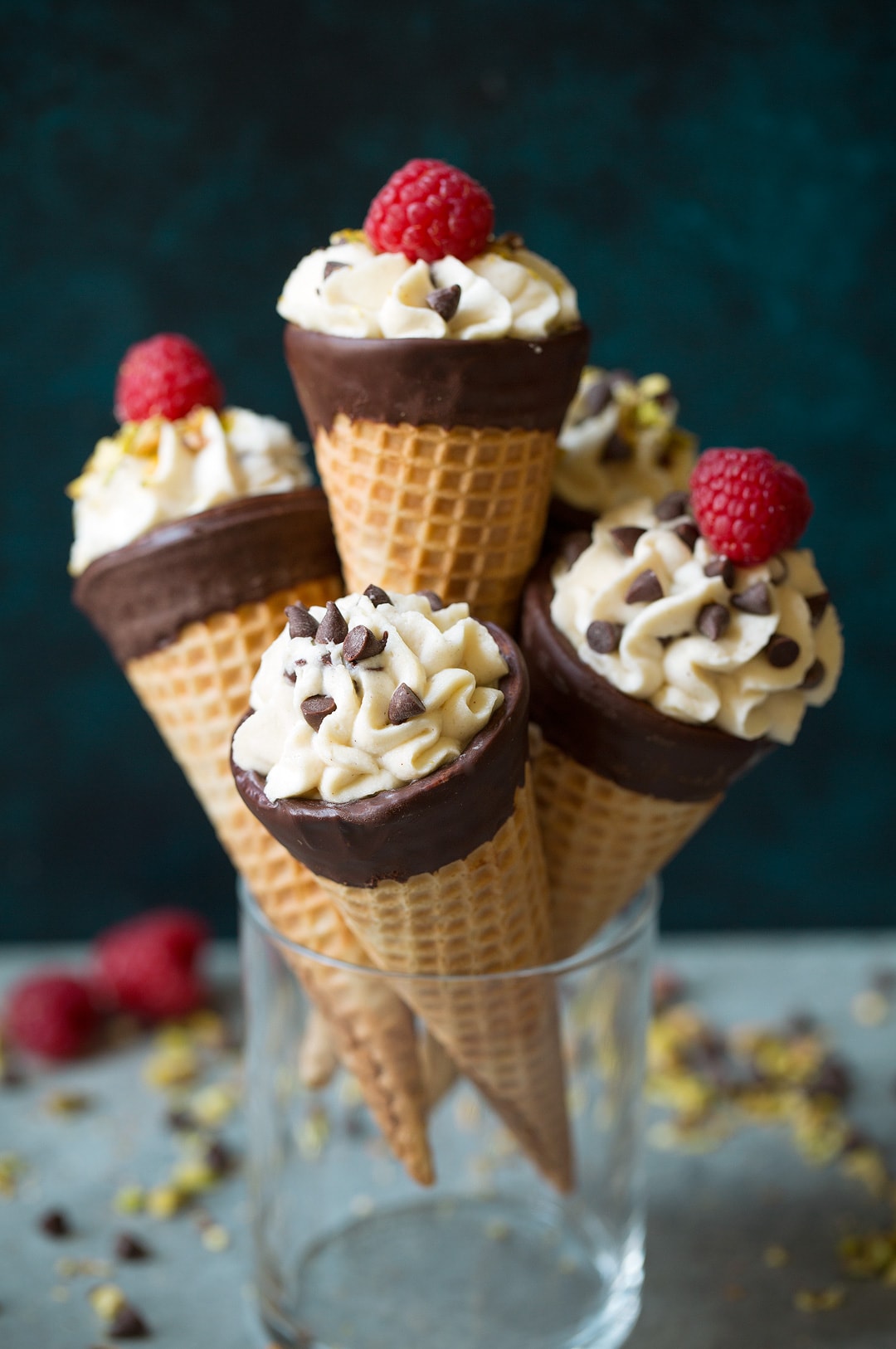 Oh and feel free to add more cinnamon or some orange zest to the filling if that’s what your Grandma did in her cannoli. But don’t leave out the cream. I know it’s not traditional but it makes the filling more stable, plus I love that fluffy texture. 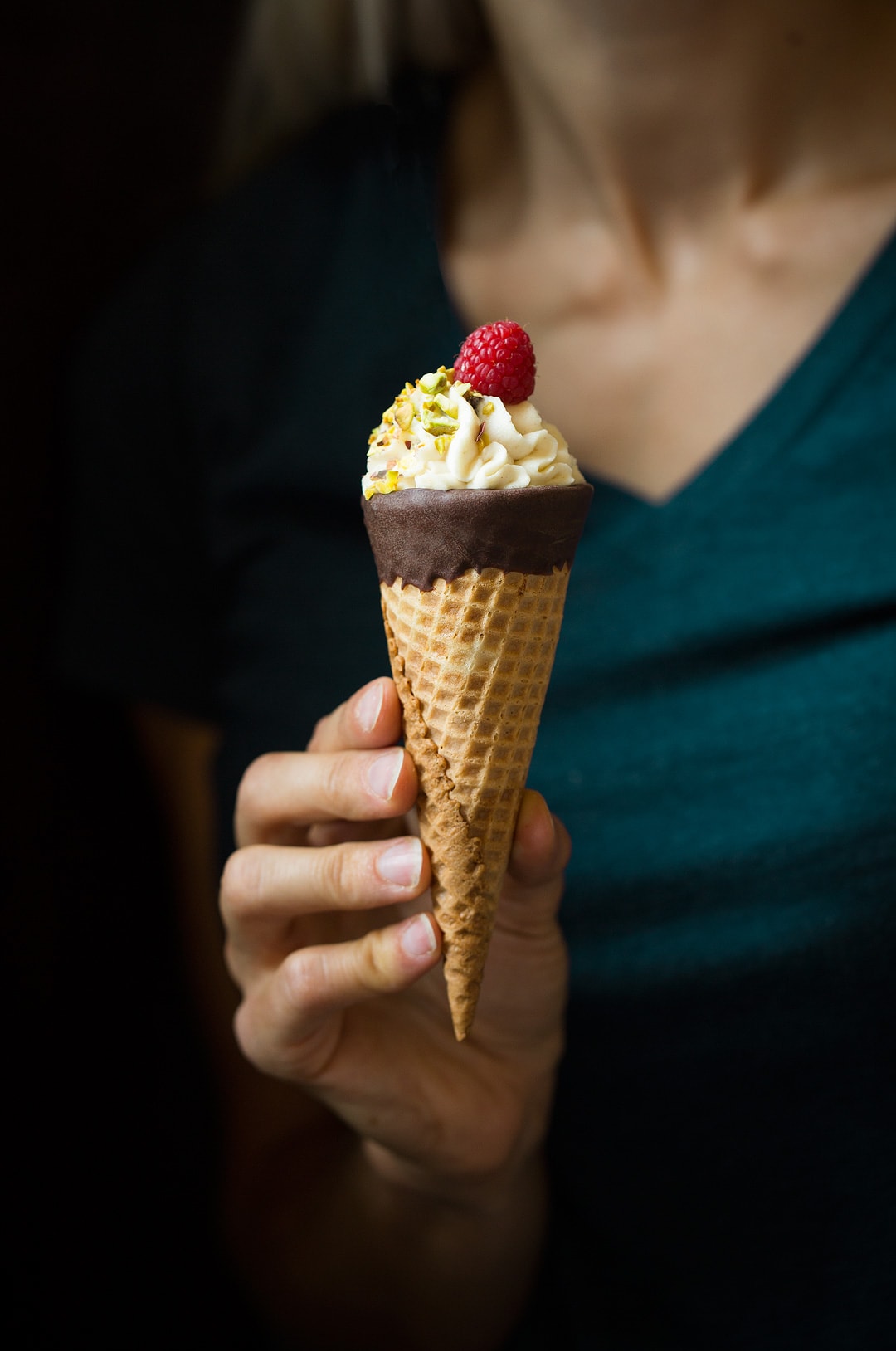 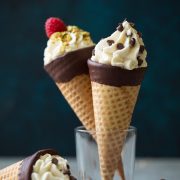 The lazy shortcut cannoli. Sugar cones are filled with a rich and fluffy homemade cannoli cream filling and little bites of decadent chocolate chips. A treat people of all ages will love!
Servings: 10
Prep25 minutes
Ready in: 25 minutes