Who doesn’t love Cannoli? They are an amazingly delicious and widely popular dessert but it’s a process to make cannoli and sometimes I just don’t like to wait. So I thought I’d make it in dip form then just dip crackers and fruit in it. 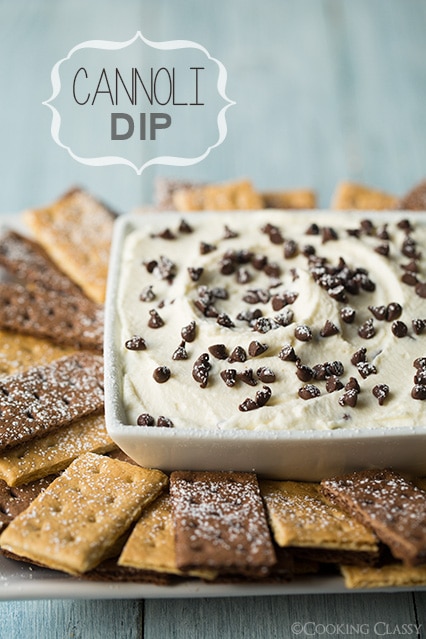 This dip is so much easier to prepare and definitely faster, and of course another wonderful thing about it – less dishes to clean up vs making the real thing (that’s basically my only problem in the kitchen – the dishes. I love cooking, I hate doing dishes. Ask my husband. I’m sure I complain about it far too much).

I couldn’t decide which kind of cracker to buy at the grocery store for dipping. I debated about buying the waffle cookie crackers (as it seems similar to a cannoli shell) or almond thins crackers or even anna’s thins then just decided to mix American and Italian and went with something everyone could easily find, just plain and chocolate grahams.

I also tried strawberries which were amazing with this dip, reminiscent of strawberry cheesecake. Really you could use any lightly sweet kind of cracker you’d like. Biscotti would be good or if you are feeling up to it you can fry some cannoli chips or flour tortillas and dust them lightly with cinnamon after frying.

This dip is so divine you really don’t even need anything for dipping. It’s light and fluffy and perfectly creamy. I just started eating it by the spoonful and basically drinking what was left in the piping bag. Am I admitting that to everyone? Haha yes, it’s that good, you’ll do it too. Enjoy! 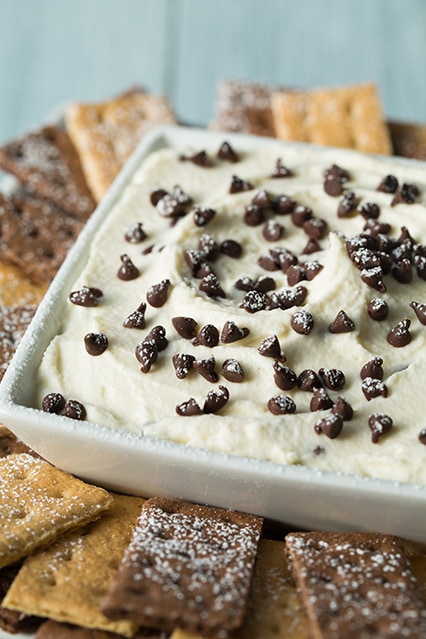 Cannoli Stuffed French Toast  – from Two Peas and Their Pod

Cannoli Cake –  from Taste of Home 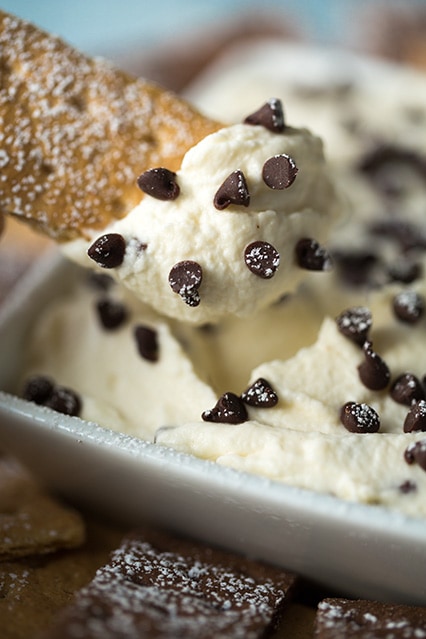 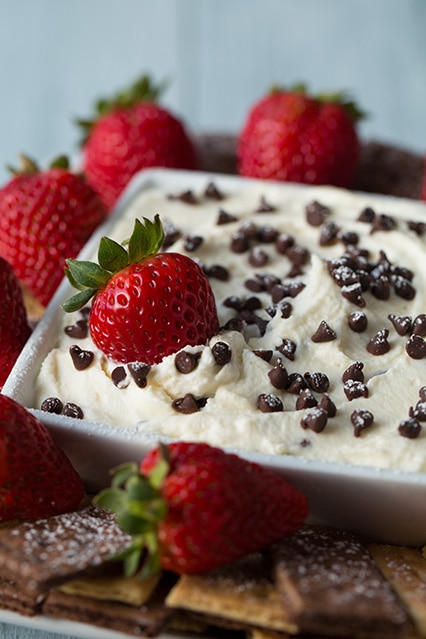 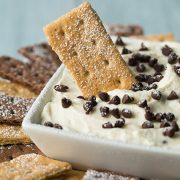 All the flavors of a rich cannoli filling in easy to make dip form! The perfect party treat!
Servings: 12 Servings
Prep10 minutes
Ready in: 10 minutes