Cinnamon bun in smoothie form? Oh yes! This smoothie is a great recipe to add to your new years resolution. It imitates the flavors of a cinnamon roll without the overload of calories, and it’s nutritious! It’s a breeze to throw together too, so you aren’t spending hours making and waiting for cinnamon rolls. 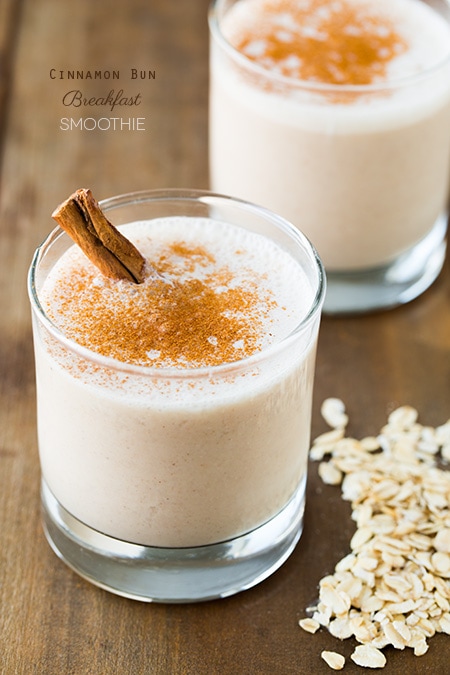 You know me and cinnamon rolls, I’m obsessed, so I just had to try it in breakfast smoothie form. This is light yet creamy, and it’s flavor will also likely remind you of horchata.

If you wanted you could also swap out the cream cheese for a few ounces of low fat or fat free greek yogurt. You’d still get the creaminess and slight tang.

Just make sure with the banana in this recipe that it’s nicely ripened as this will add the majority of sweetness to the smoothie.

This delicious and filling smoothie makes for a great start to your day. You could even add in some protein powder to make a protein smoothie.Enjoy! 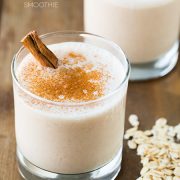