Nothing says Valentines Day quite like one of these Dark Chocolate Cupcakes with Raspberry Buttercream Frosting – and of course the chocolate hearts are a must! These are some of the most decadent cupcakes I’ve ever made – and in such a good way! They are rich and luscious and oh so irresistibly chocolatey! 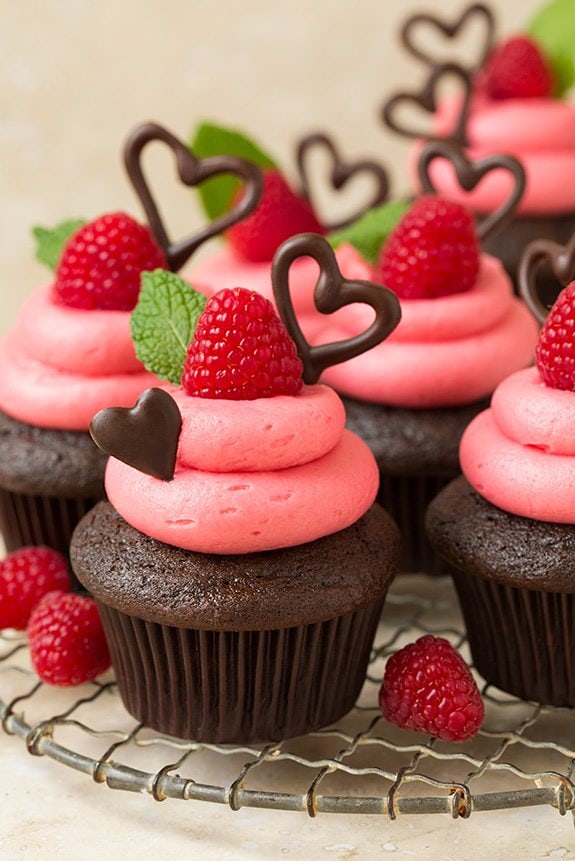 I tested them out both ways but definitely preferred the darker version here paired with the sweetness of the raspberry frosting). They are somewhat dense and deliciously fudgy and you’ll want to make them again and again. 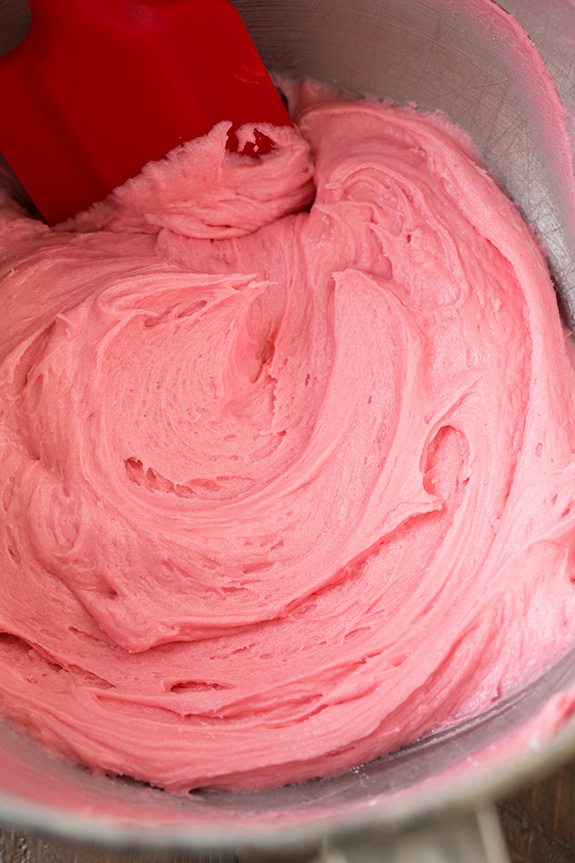 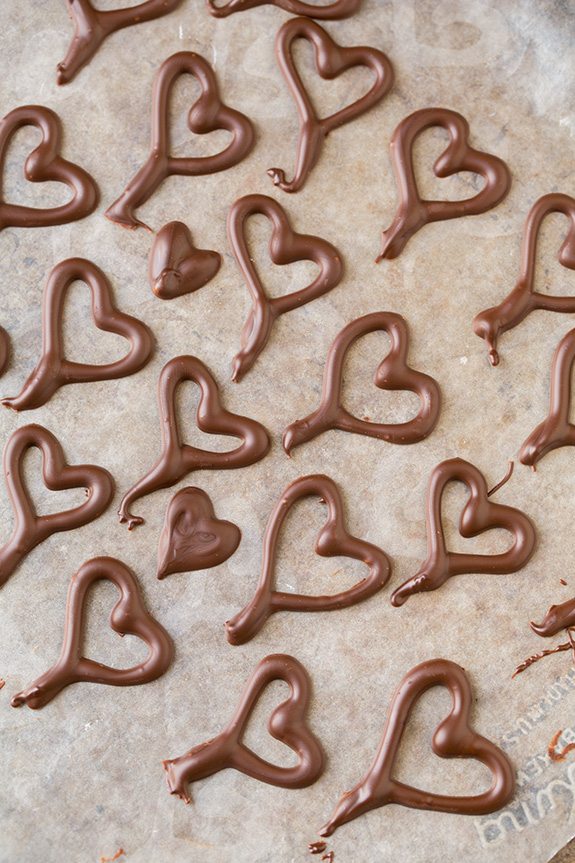 It packs more flavor without having to add in so much of that runny liquid (because too much liquid in frosting of course is just not good – plus this reduced version yields a thicker puree).

I do like the freeze dried version I once shared but I’ve traded that in because I definitely prefer the flavor of the fresh berries in frosting – even though it does take a bit more effort. 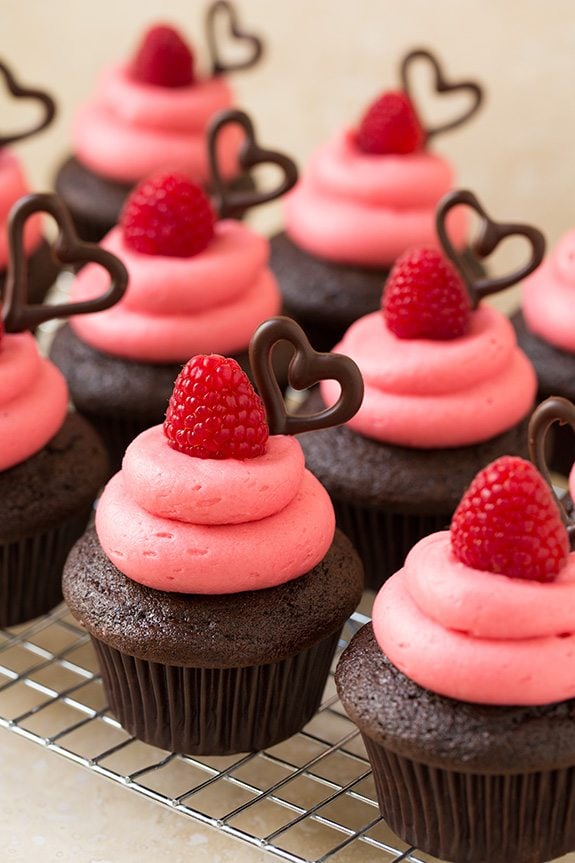 And of course I can’t get enough of the gorgeous natural color in the frosting (note that sometimes yours may not be quite as deep pink, it just depends on the berries. The darker ones tend to give more color, either way though it should still be quite pink and you shouldn’t need any food coloring).

It’s practically Valentines day already, so there, you have an excuse to make cupcakes today so get to it :). 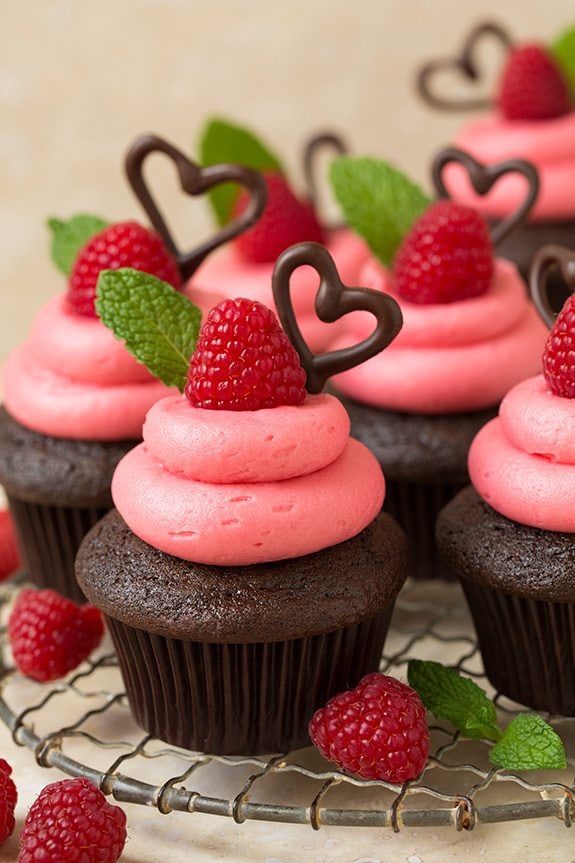 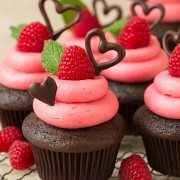 Perfectly decadent and fudgy, deep dark chocolate cupcakes - what more could you ask for? Finish them off with this vibrant, brightly flavored raspberry frosting and everyone will be asking for the recipe!
Servings: 12
Prep35 minutes
Cook20 minutes
Cool1 hour
Ready in: 55 minutes 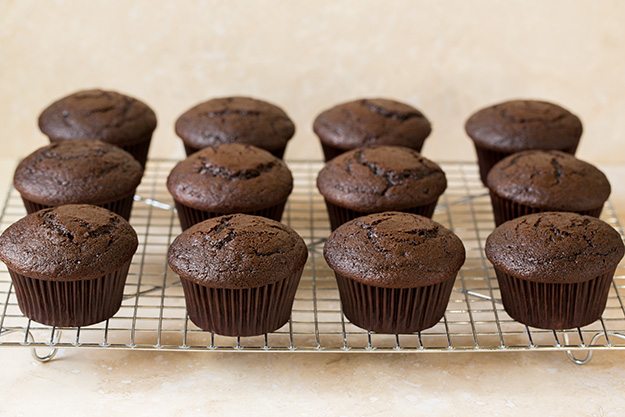 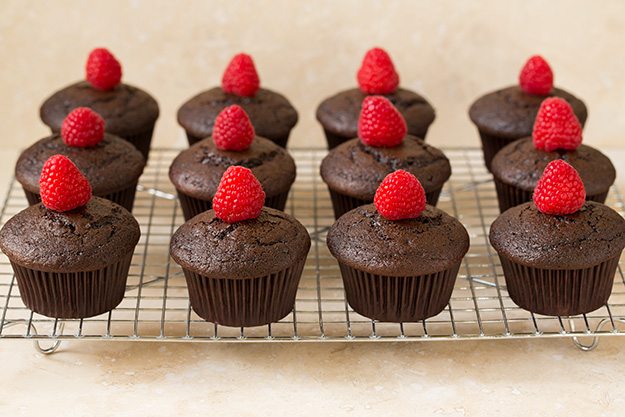 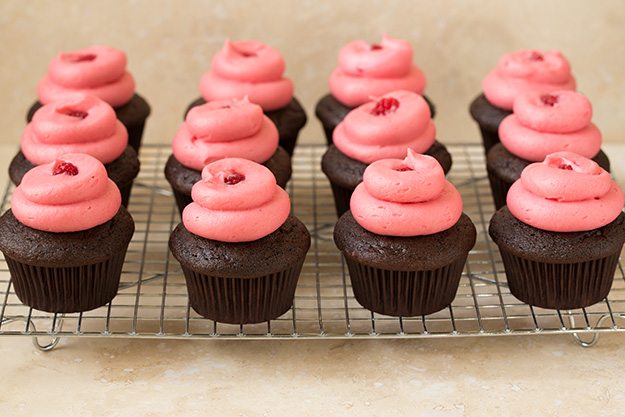 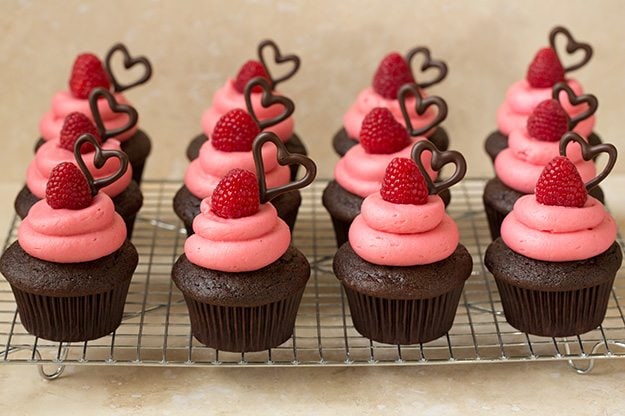