Honey Baked Ham made at home for a fraction of the price you’d pay at a store with a flavor that’s just as delicious! The salty, hickory smoke flavor of the ham is perfectly balanced with a sweet and sticky honey and brown sugar glaze which also has delicious hints of warm spices to compliment it. 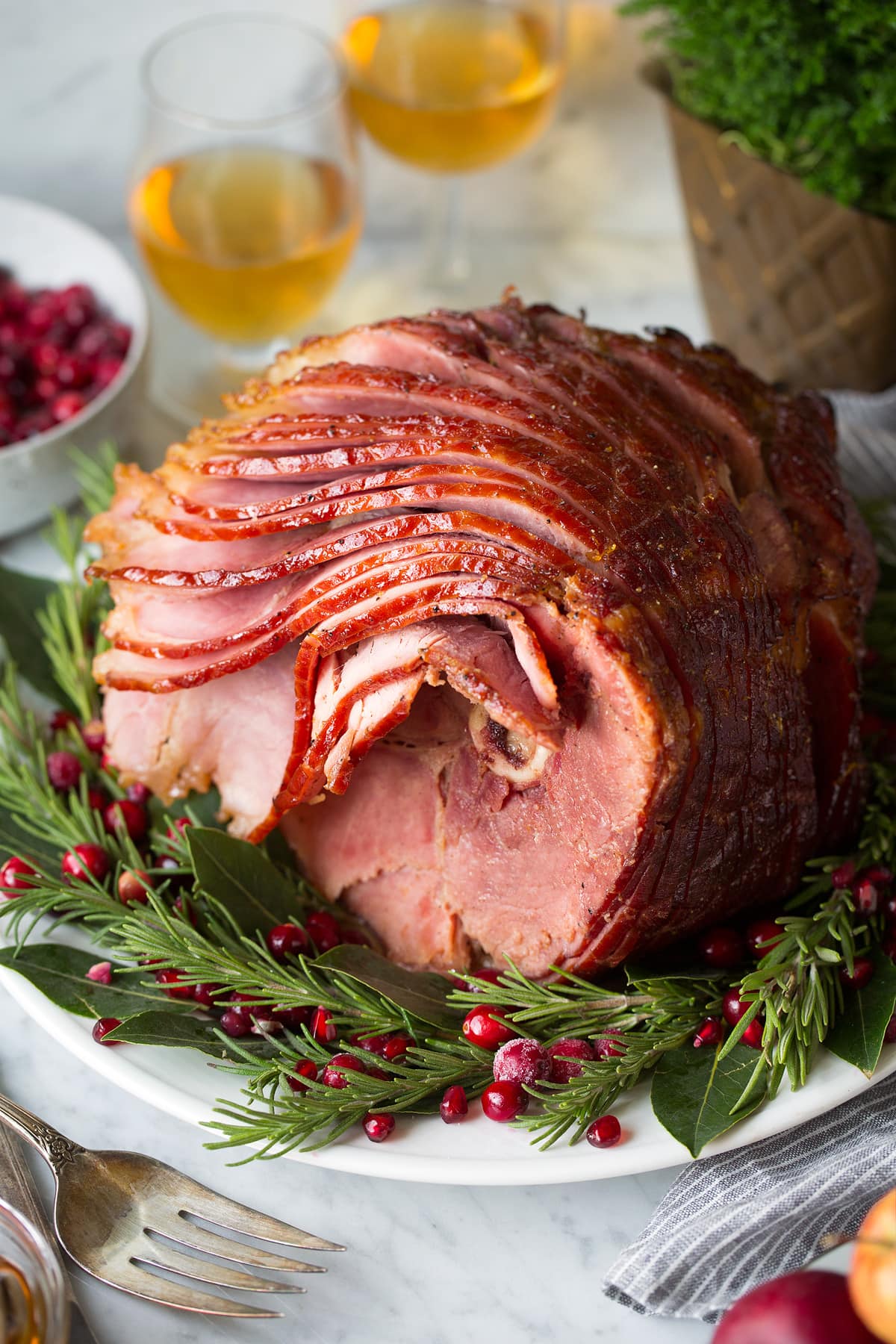 This will be my new go-to method for a spiral sliced ham. In the past I’ve hated how I’d always ended up with some dry slices, but not here.

I like Cook’s Illustrated’s method for spiral sliced ham so I used the same method here and just added different glaze rather than the orange maple one they used.

So many ham recipes (at the same weight) are cooked at 375 degrees for up to 3 hours but why? The ham is already fully cooked, it just needs to be warmed through for serving.

Here the ham is first brought up to room temperature in warm water so it heats more evenly in the oven. From there it’s wrapped in an oven bag for faster cooking, and moister end result.

And then finally at the end it’s unwrapped and coated with the glaze and heated at a higher temperature to help brown and caramelize it a bit. 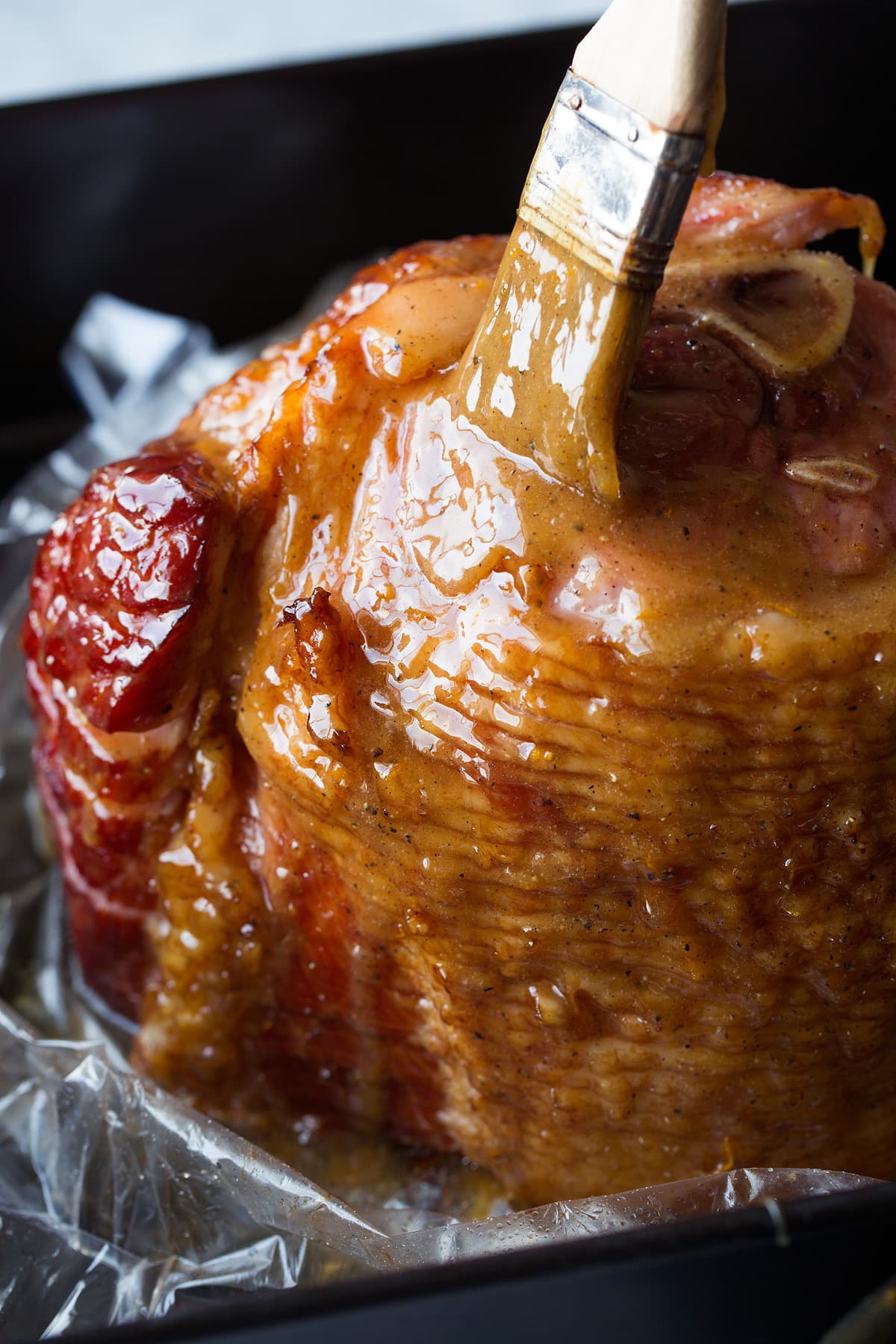 Ingredients for This Recipe

How to Make Honey Baked Ham 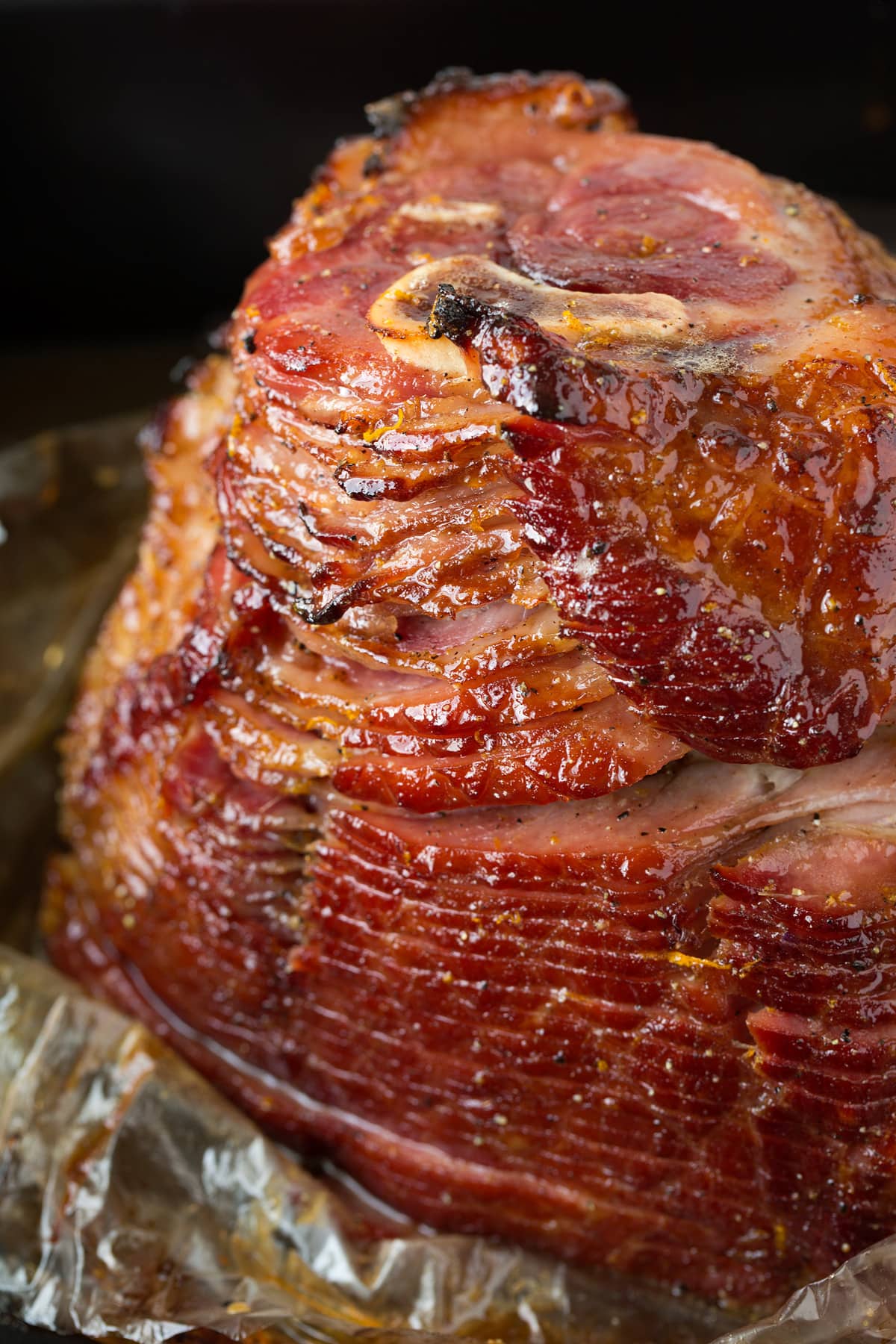 It’s such a delicious holiday ham, trust me! Chances are everyone will be heading back for a second slice, and luckily there’s plenty.

If you don’t like a hint of orange then I do suggest omitting the orange zest because it does add a noticeable orange zip, other than that though I definitely recommend leaving everything else the same. 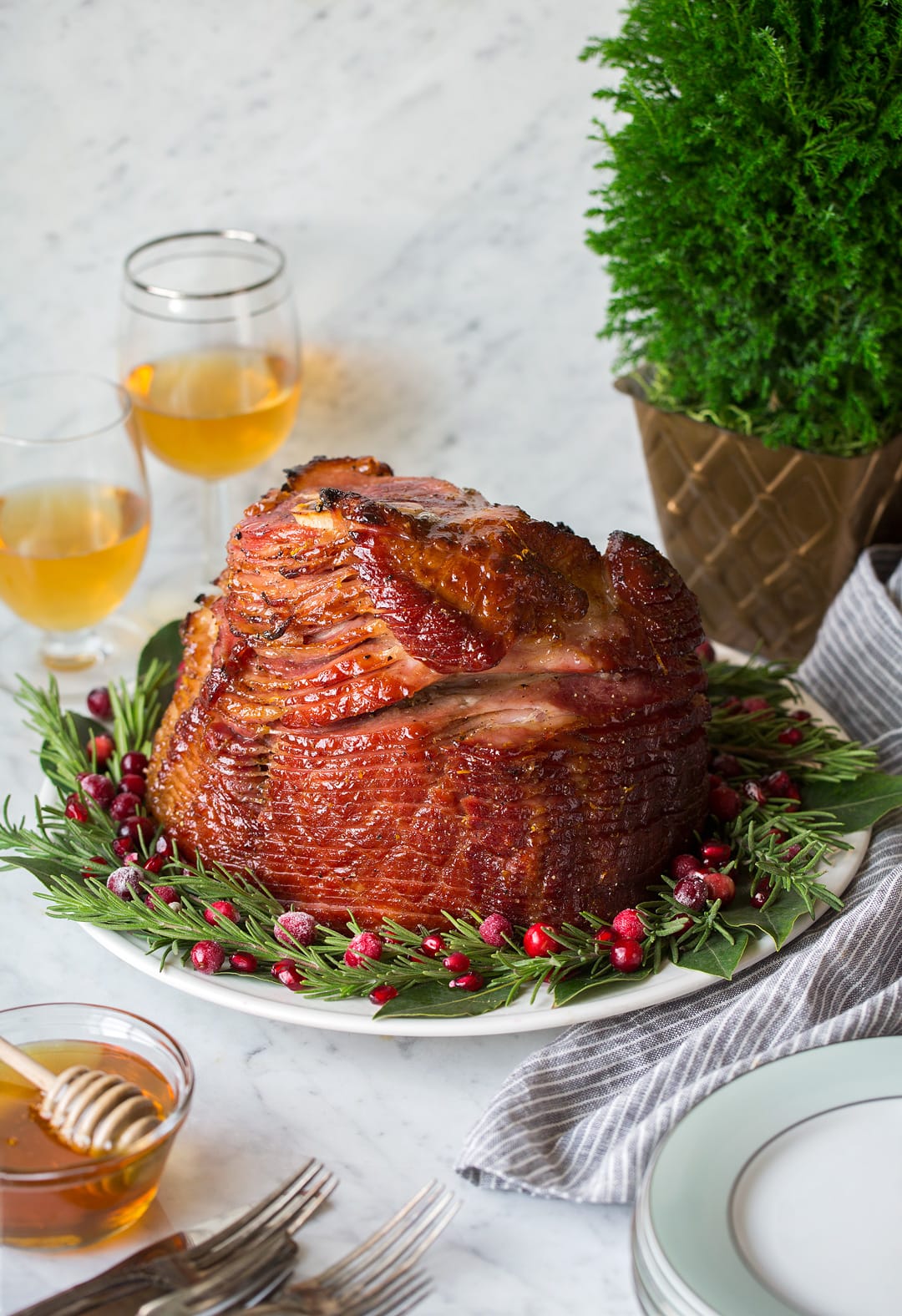 What If I Don’t Own a Roasting Pan?

And if you don’t own a roasting pan (I know they are such a pain to store) you could just use one of the disposable ones the grocery stores sell this time of year. They are very flimsy though so transfer carefully.

It may be tempting to just use a large pot but I wouldn’t recommend it because the ham won’t be able to brown very well at the end. 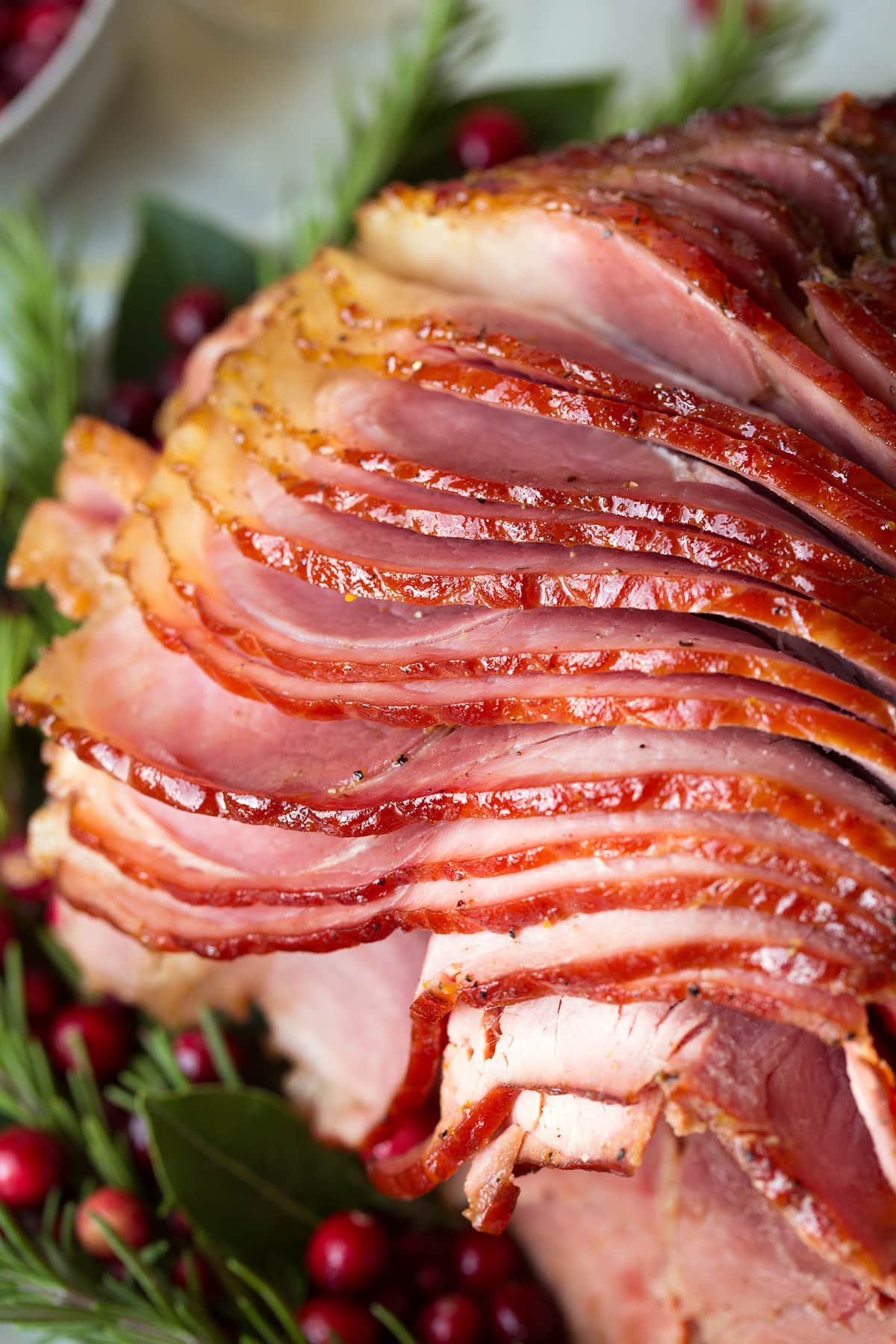 What Should I Serve with This Ham?

And then why not finish with Vanilla Bean Cheesecake or Peppermint Bark Cheesecake? 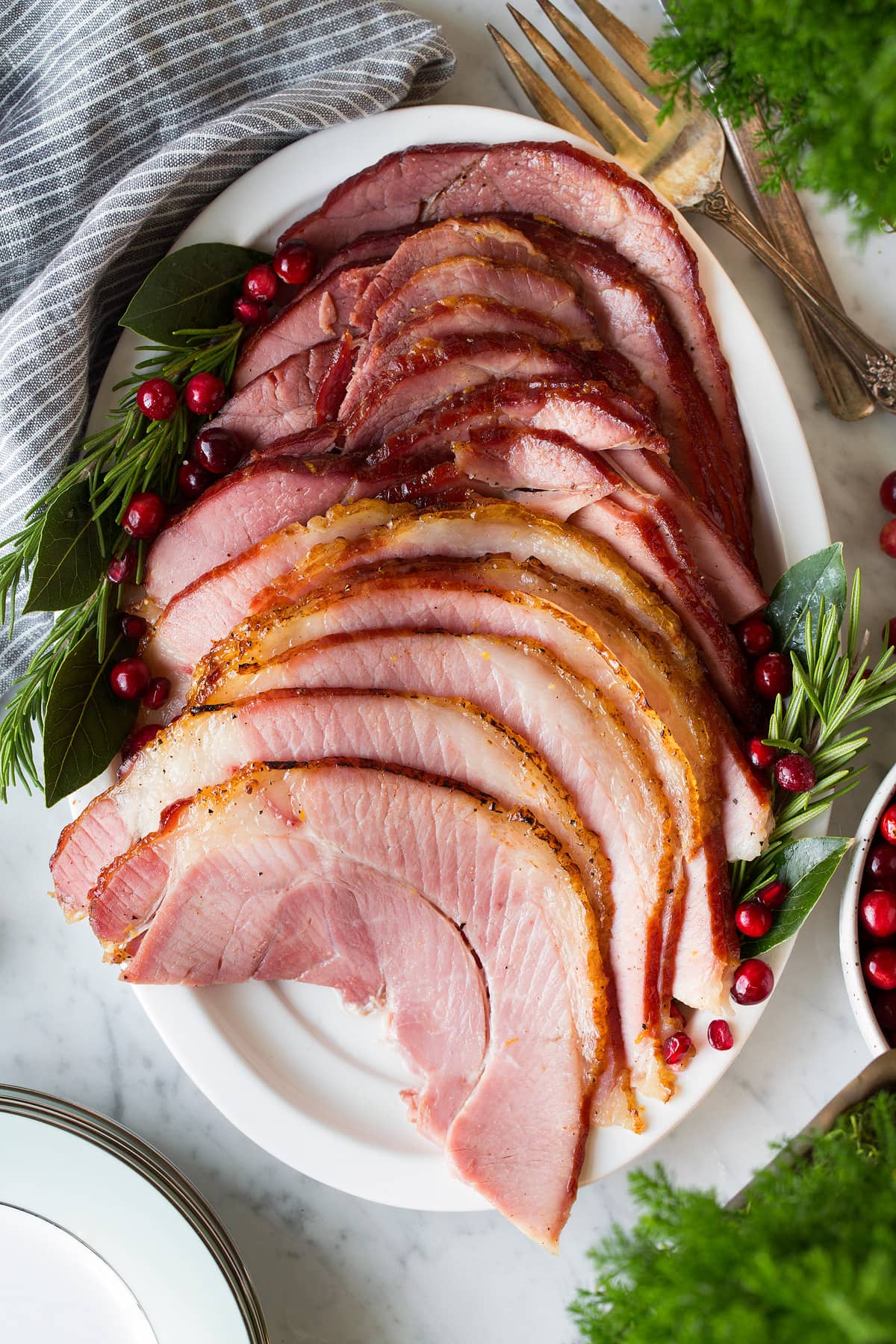 MERRY CHRISTMAS everyone! I hope you have a wonderful holiday with family and friends! 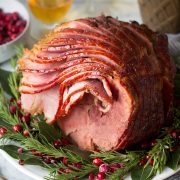 An amazingly delicious holiday ham! Baked in an oven bag and cooked at a low temperature so you don't end up with dry slices. And that sweet honey glaze is the perfect finish to the salty hickory smoked ham.
Servings: 16
Prep15 minutes
Cook1 hour 50 minutes
Ready in: 3 hours 45 minutes