These fancy, decadent, over-the-top brownies are also known as Grasshopper Brownies and Creme de Menthe Brownies, but I don’t like to refer to my food as the name of a bug :) and I also made these without any Creme de Menthe, plus mint is just easier to remember right? Whatever you call them though, trust me, you want to make these! 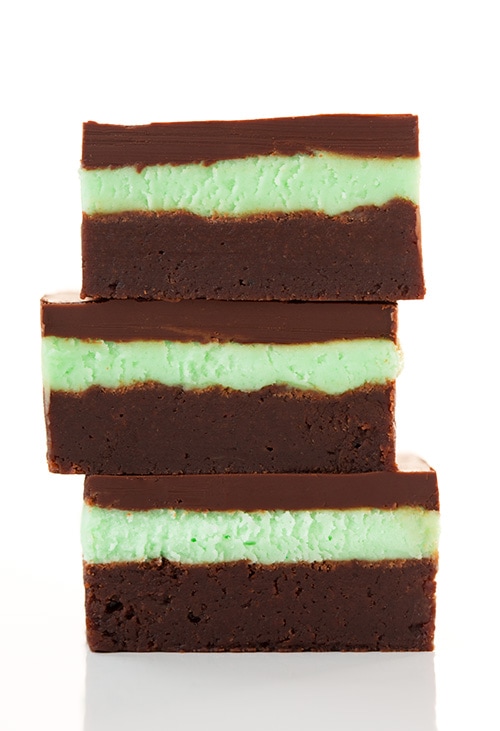 Yes everyone, I’m one of those people that has my Christmas tree up by Thanksgiving. Some people seem annoyed by that, but really who cares?

Plus, I don’t buy a lot of Thanksgiving decorations and I’m too lazy to put decorations up for just a few weeks only to get them down and swap them out with different ones. But let’s not get crazy and leave our tree up until the end of January or even the beginning of February – that’s pushing it (and I still see that every year).

Having said that, I chose to put Christmas sprinkles on half of  these brownies even though it’s the middle of November. The mint, and the green, and Christmas, it all just goes together so I had to do it.

I will say though, these brownies definitely deserve sprinkles because they are some of the best brownies I’ve ever had! I want to eat them every day. 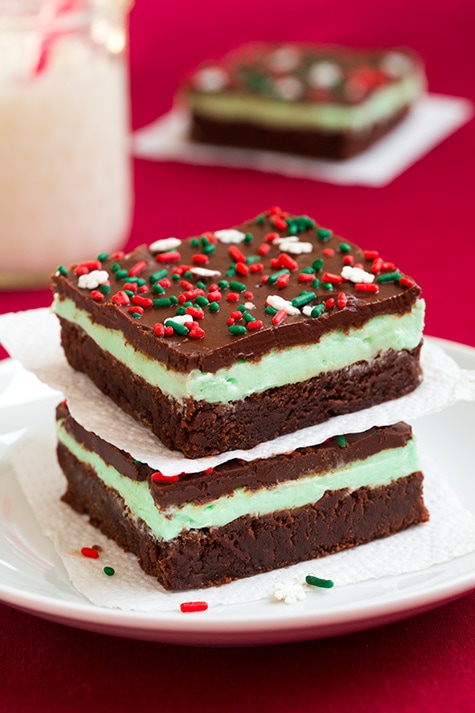 The brownie itself is deliciously fudgy with just the right amount of chewiness, and then it’s covered with a creamy mint frosting that has just a hint of tang (thanks to the cream cheese) and it’s finished with a velvety smooth layer of semi-sweet chocolate (to help balance out the sweetness of the frosting). Brownie perfection is what I call these. Enjoy!

I let those rest in the fridge overnight then removed from the fridge and let them rest at room temp about 15 minutes before cutting (also cut side to side rather than down if you are looking for a cleaner cut). 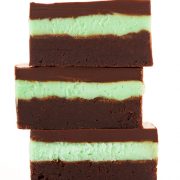