These Chewy Brownies are topped with the most amazing chocolate frosting. These homemade brownies are almost cake-like, and they’re made with cocoa powder instead of chocolate. Be careful, these are addicting! 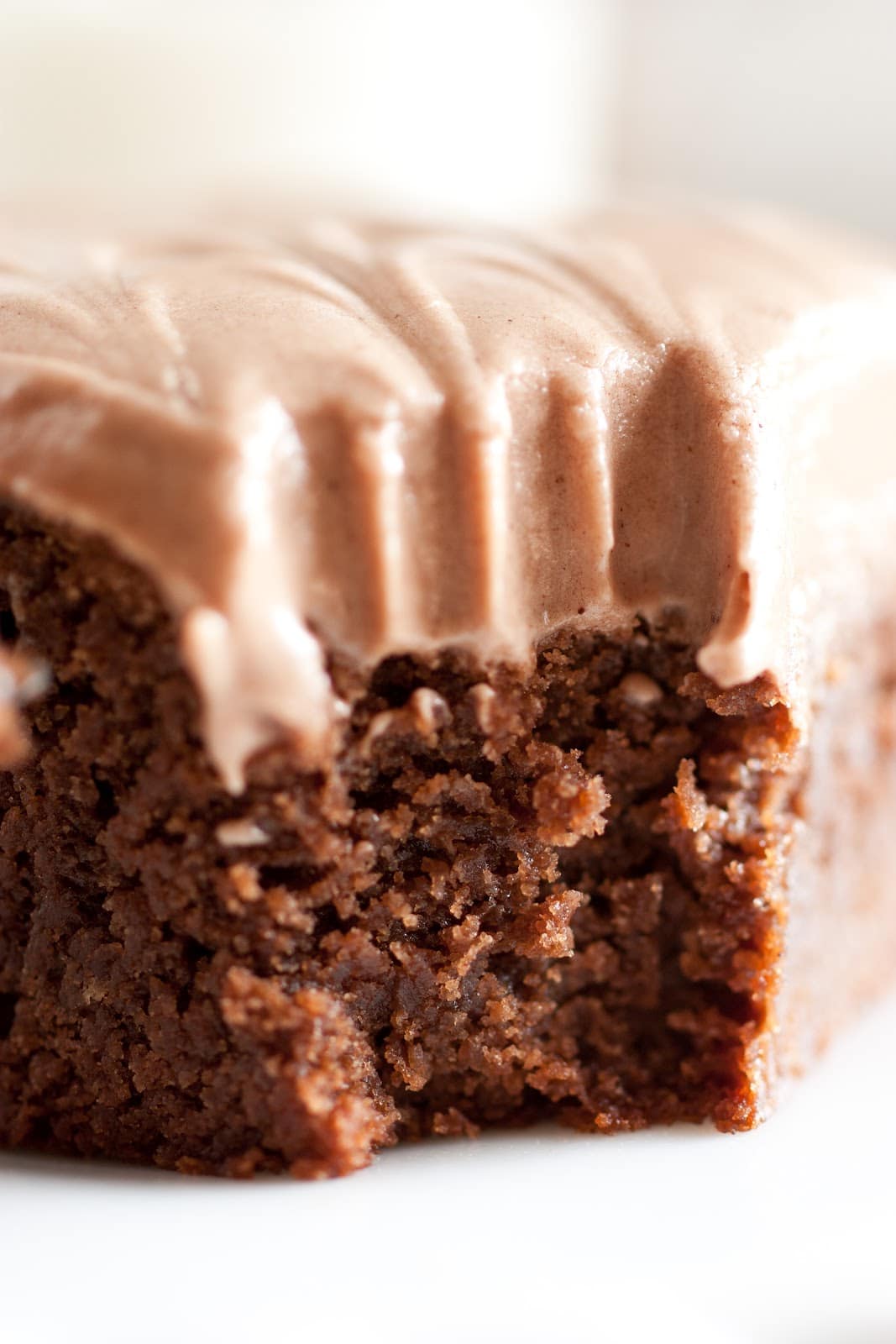 I like different brownies for different moods and cravings, but the majority of the time I like them chewy, not too gooey and not overpoweringly chocolaty. I think covering them with frosting is a nice splurge and a definite upgrade too.

I mentioned before that I frequently visit a local bakery and I always get the same thing — their incredibly chewy brownie covered with chocolate cream cheese frosting. After far too many weekly (and sometimes biweekly) visits there, I finally decided I needed to recreate it at home.

After several attempts, I have finally done it! I’d say this recipe is an exact replica of that brownie that I adore. The first time I bought and tasted one, I remember thinking it was so different from other brownies, and they are.

These homemade brownies use a far smaller butter to flour ratio than your average brownie, and they have no baking chocolate in them — just plain old cocoa powder. Plus, they use two types of sugar and contain a little bit of milk.

These will probably be the chewiest brownies you will ever eat! It’s like a big, thick, cookie-like brownie (you could even call them brownie cookie bars).

I decided to call these Old Fashioned Brownies for a few reasons. First, this is what I picture my Grandma making. Second, the bakery that inspired these has an old fashioned feel to  it. Lastly, I think the more modern trend of the brownie is dark chocolate, super rich and gooey and these are quite opposite of that, more classic and old fashioned.

I hope you love these brownies as much as I do! 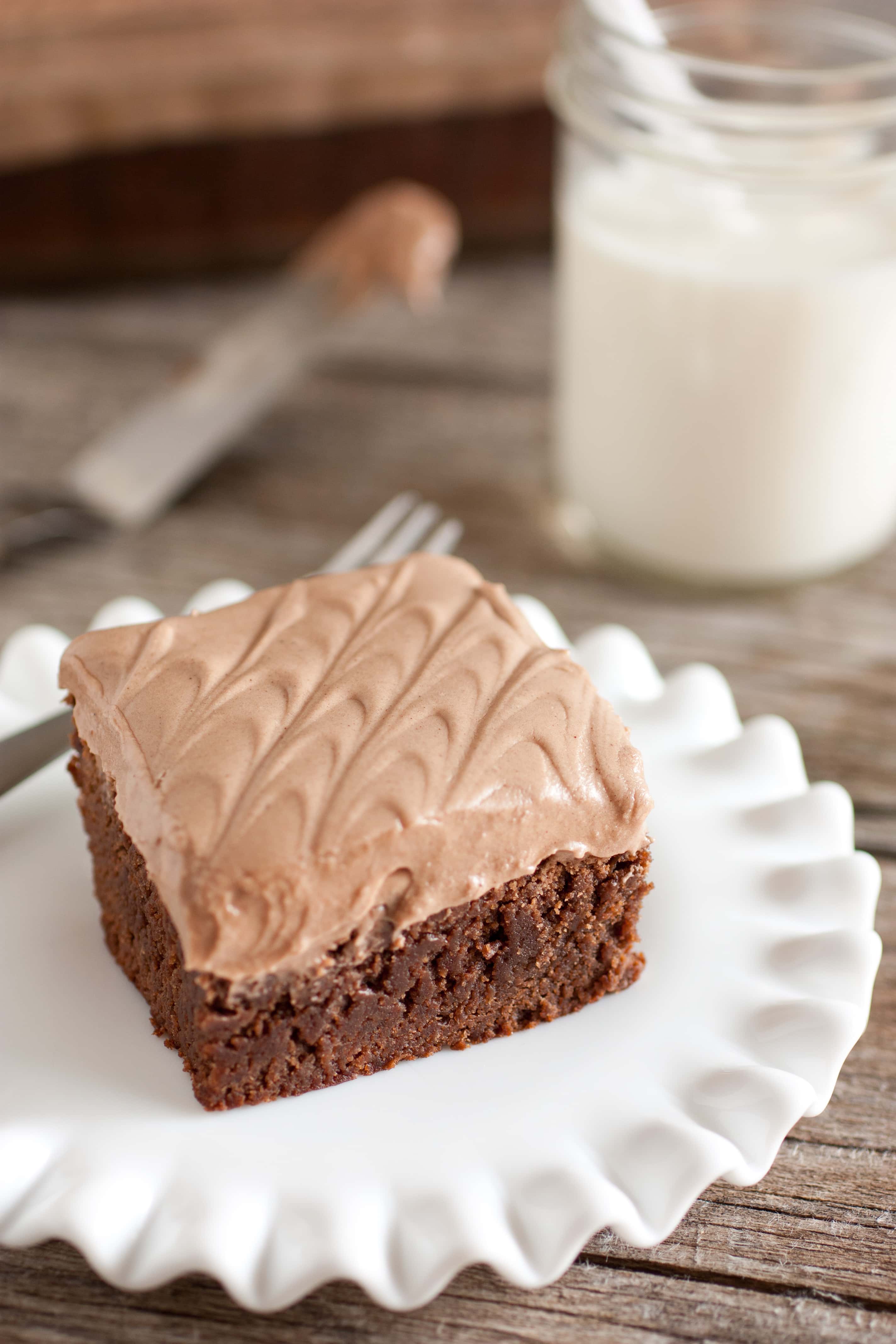 For the chewy brownies, you’ll need:

And for the chocolate brownie frosting, you’ll need: 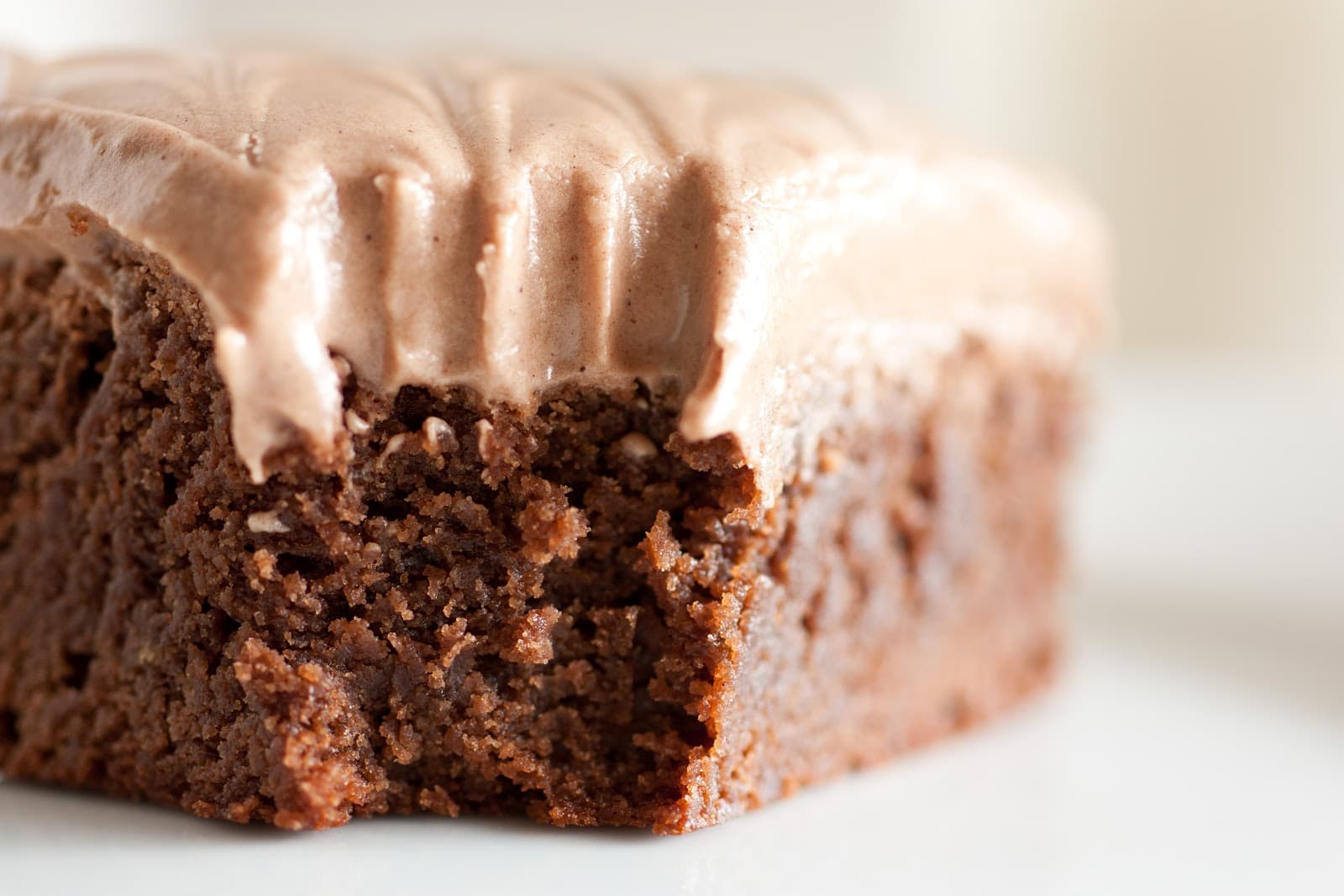 How to Make Chewy Brownies with Frosting

How Did You Make the Swirl Pattern on These Brownies?

I followed this tutorial from How Does She. It’s incredibly easy to decorate the brownie frosting this way, but your friends will think it took you forever!

Can I Double This Recipe?

I haven’t tried this myself, but I’ve had readers report success with doubling the ingredients needed for this recipe and baking the cocoa powder brownies in a 9×13-inch pan. 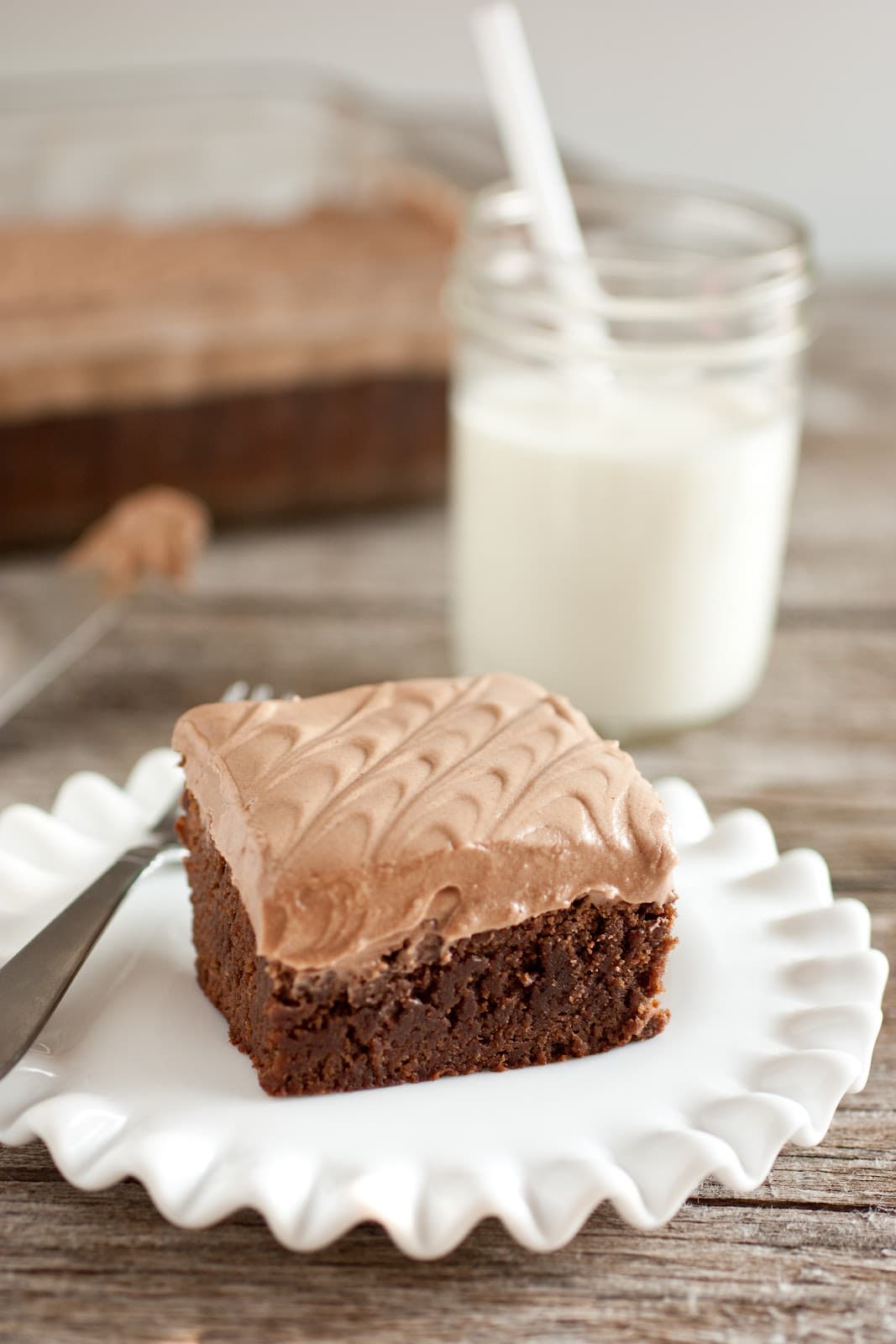 Tips for the Best Homemade Brownies 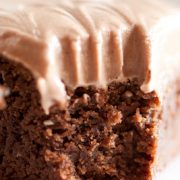 These Chewy Brownies are topped with the most amazing chocolate frosting. These homemade brownies are almost cake-like, and they're made with cocoa powder instead of chocolate.
Servings: 12
Prep30 minutes
Cook45 minutes
Ready in: 1 hour 15 minutes