Mississipi Mud Pie – Just look at all those layers! I wish I would have gotten a cleaner slice but I guess sometimes the beauty of food, like people, are it’s imperfections. All I’m really caring about are the amazing textures of and decadent flavors of this pie! 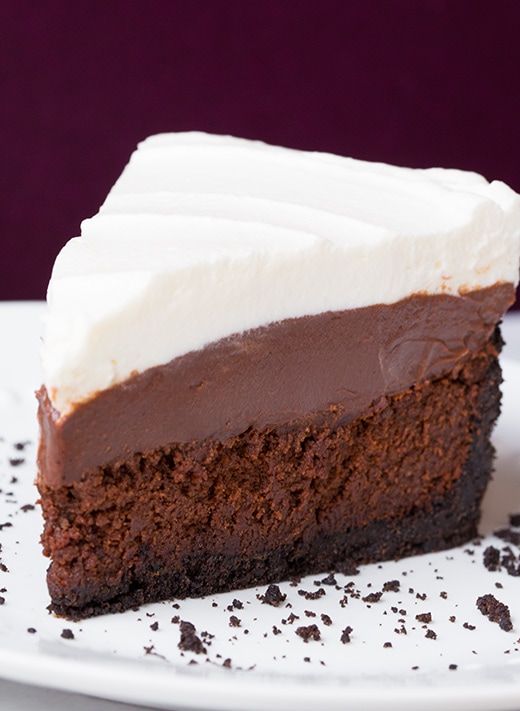 The crisp Oreo crust, the incredibly fudgy, flourless cake, layered with a thick and creamy, decadent chocolate pudding and then it’s finished with a fluffy, sweet whipped cream. Yes, this pie is chocolate Heaven!

I’d highly recommend this recipe, and with the holidays coming up you’ll have the perfect excuse to make such a luxurious and indulgent pie.

Yes, it has got to be the longest recipe I’ve ever posted and it is rather time consuming but once you’ll try it, you’ll realize it is totally worth it. 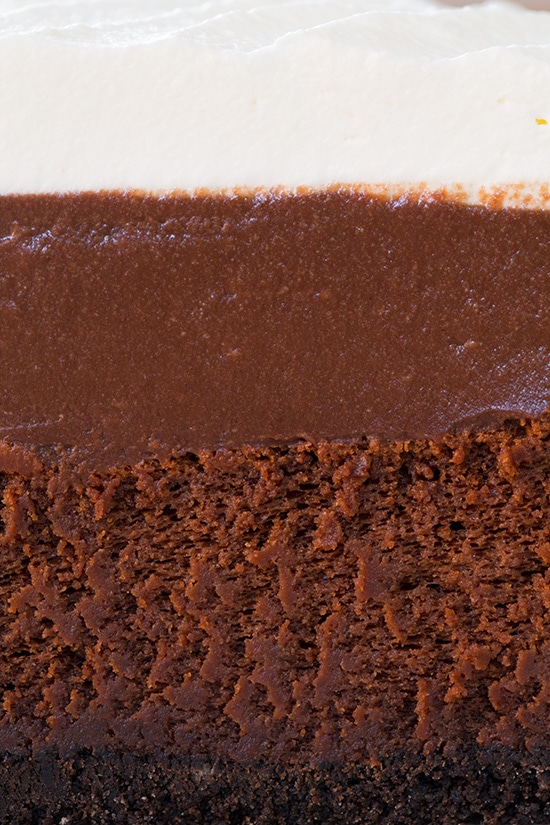 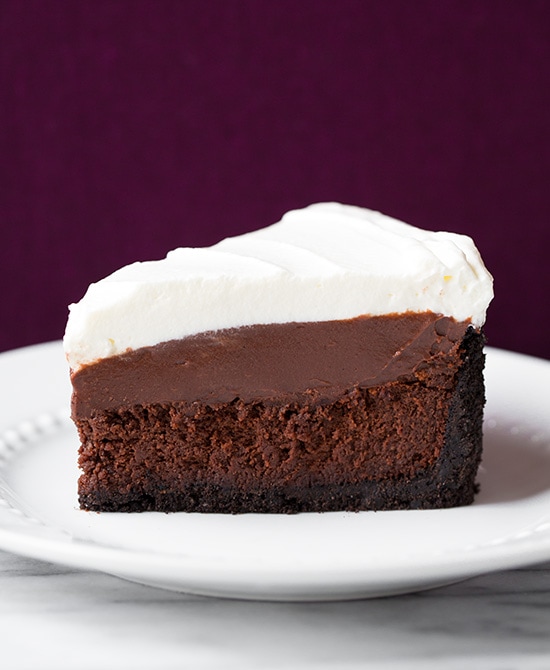 Four layers of utter decadence! You get a crisp Oreo crust, a rich fudgy cake layer, a creamy chocolate pudding and it's finished with a fluffy whipped cream.