Cream Puff Pie – this is one of the easiest and tastiest pies I’ve ever made. I adore cream puffs. Basically I could eat about 20 or more in one sitting (if I didn’t exercise any self control). So, when I saw this cake, and noticed how many of the reviewers had made a pie version of it I knew I had to give it a try.

I don’t want a little wimpy piece of cake I want a big slice of pie! I’m so glad I tried this pie. I like it equally as much, if not more than cream puffs. 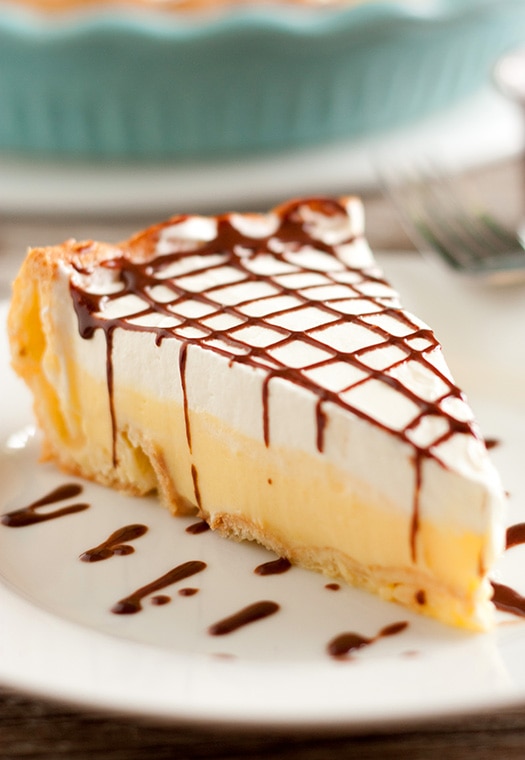 I used a different pastry cream than that listed on the original recipe. I like to call it “cheaters pastry cream” because it is made from a boxed pudding mix. It’s not often I use mixes when I cook and bake but in this case, for pastry cream, I love to. It always guarantees the perfect consistency, a great texture, and I also like how it’s just a bit sweeter than your average pastry cream that’s made from scratch.

I don’t know if I would love it so much if it weren’t loaded with so much cream though =). I’ve said it before, cream makes everything better. Yes, my Momma taught me right. She loves cream and she definitely handed that down to me.

You will find this pie is anything but shy on the cream. That is what makes it so incredibly creamy, delicious and decadently divine. You may even want to make two of these because they are going to go quick. Enjoy and share! 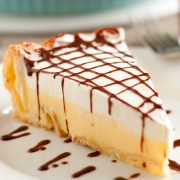 An easy to make rich and creamy pie! Made with an eclair style crust and finished with a creamy vanilla pudding and fluffy whipped cream.
Servings: 10
Prep20 minutes
Cook35 minutes
Cool30 minutes
Ready in: 1 hour 25 minutes