French Silk Pie – chocolate lovers look no further for a pie to make this holiday season. This might just be one of the best pies you may ever eat! I know that this is a bold statement but it’s true, especially for you chocolate addicts, like myself. This luscious chocolatey pie, is my idea of pie perfection. 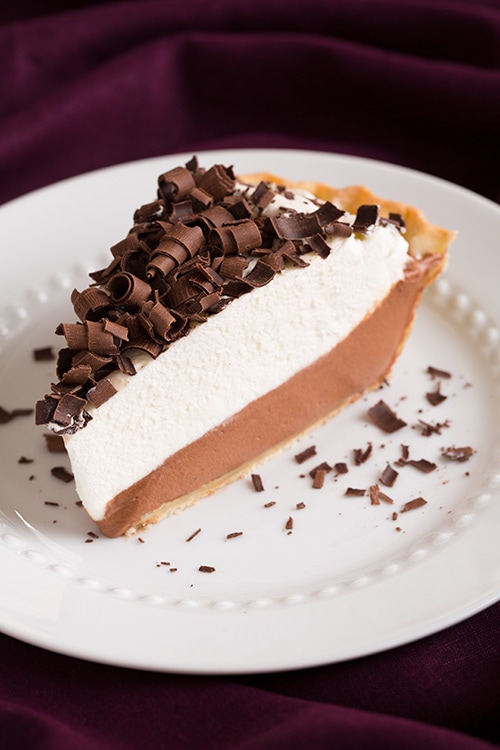 I’m so excited my Mom just flew into visit. I wanted to make something I knew she’d love so of course the first thing that came to mind is something loaded with chocolate. And is there a better way to welcome someone than with chocolate pie?

But please, let’s not refer to this pie as simply “chocolate pie”, this is the ultimate luxury of chocolate pies. With its incredibly satiny smooth texture that just melts away in your mouth, in a way like nothing else, you’ll begin to realize why this is called French Silk Pie. It’s silky smooth consistency is to die for.

I’m pretty pleased to say my mom gave it an excellent review saying “this is the best chocolate desert I’ve ever eaten!”

While I was cutting the first slice, my daughter was standing by my side and peering in and asked “how is it so smooth?” and basically I was like “this my child, is French Silk Pie” :).

She couldn’t get enough of the chocolate portion, she kept digging into it by the spoonful, while leaving behind the cream and crust.

You have to try this to understand and appreciate it’s delectability, it’s hard to describe or compare it in words but it’s something similar to a velvety smooth, chocolate ice cream or a rich chocolate pudding.

You like chocolate? Make this pie. And of course, please enjoy and savor every bite just as I did! 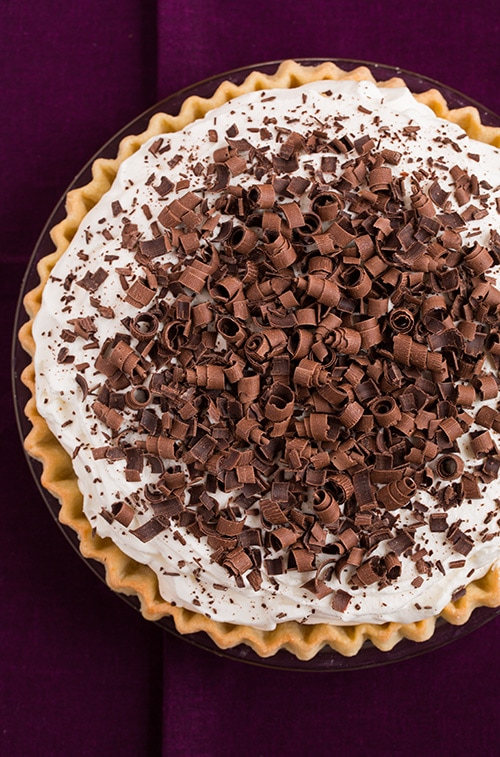 How to Make French Silk Pie 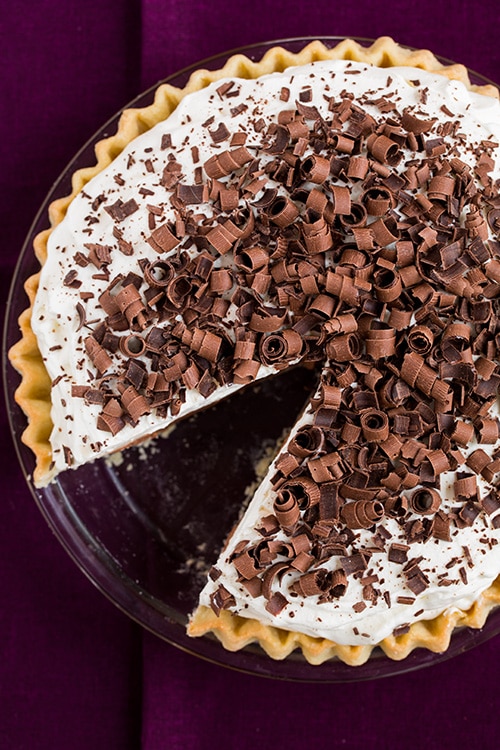 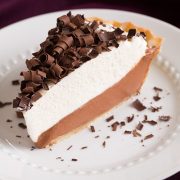