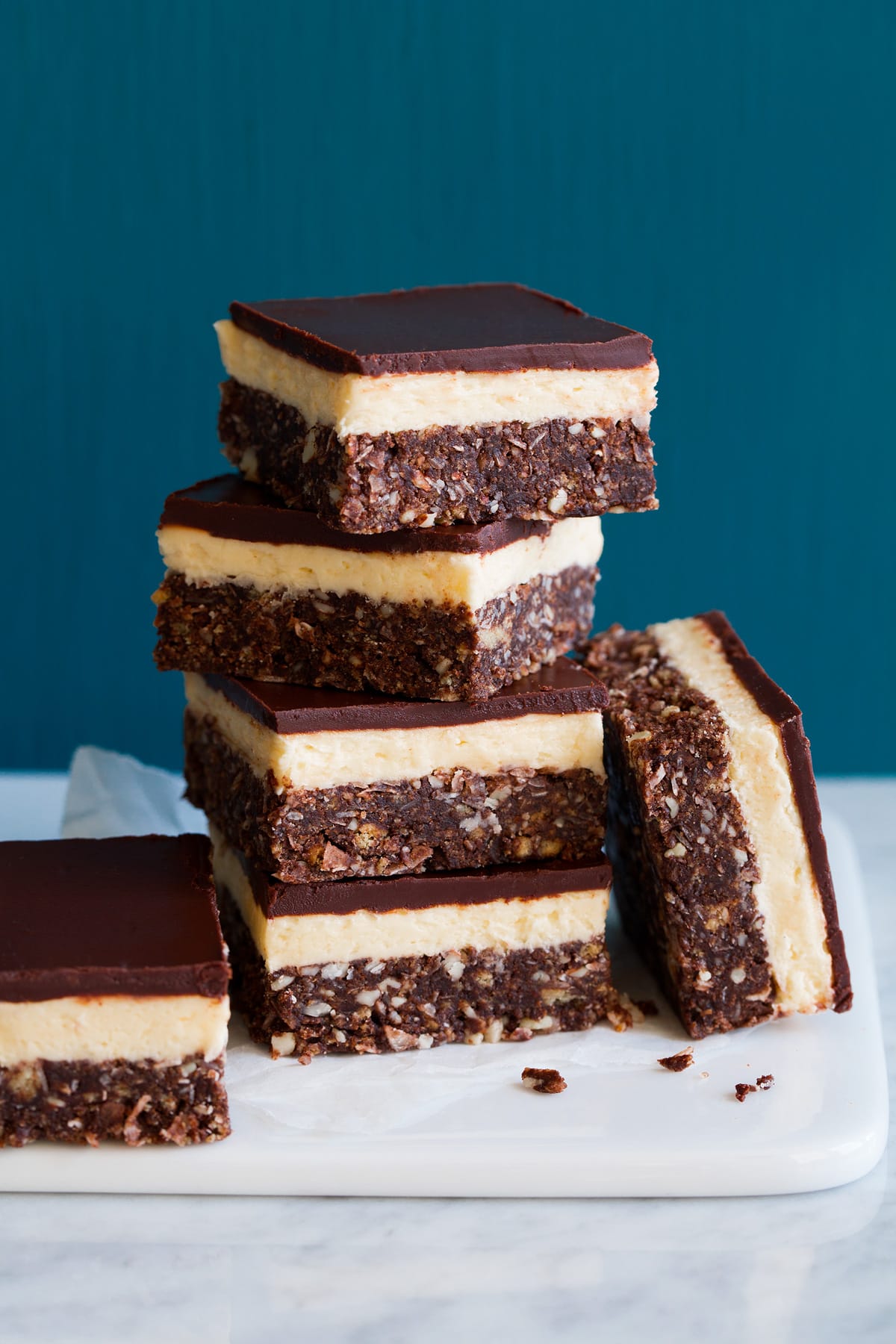 What is a Nanaimo Bar?

Some of you are likely asking, what are Nanaimo Bars? They are a popular Canadian confection, basically a layered bar cookie, that to me tastes very similar to a richly chocolaty, loaded fudge. They are named after the west coast city of Nanaimo, British Columbia.

They consist of 3 layers, a cracker crumb and chocolate base, a custard flavored icing and then they’re finished with a chocolate coating.

The instructions for these treats may appear to be long and tedious but these tasty treats are surprisingly super simple to make. They are a no-bake bar, after all.

After one taste you’ll be wondering where these delicacies have been your whole life!

To me they are reminiscent of fudge, or an Almond Joy – but much better of course. It’s something about the chocolate, almond coconut combo. A great combination! 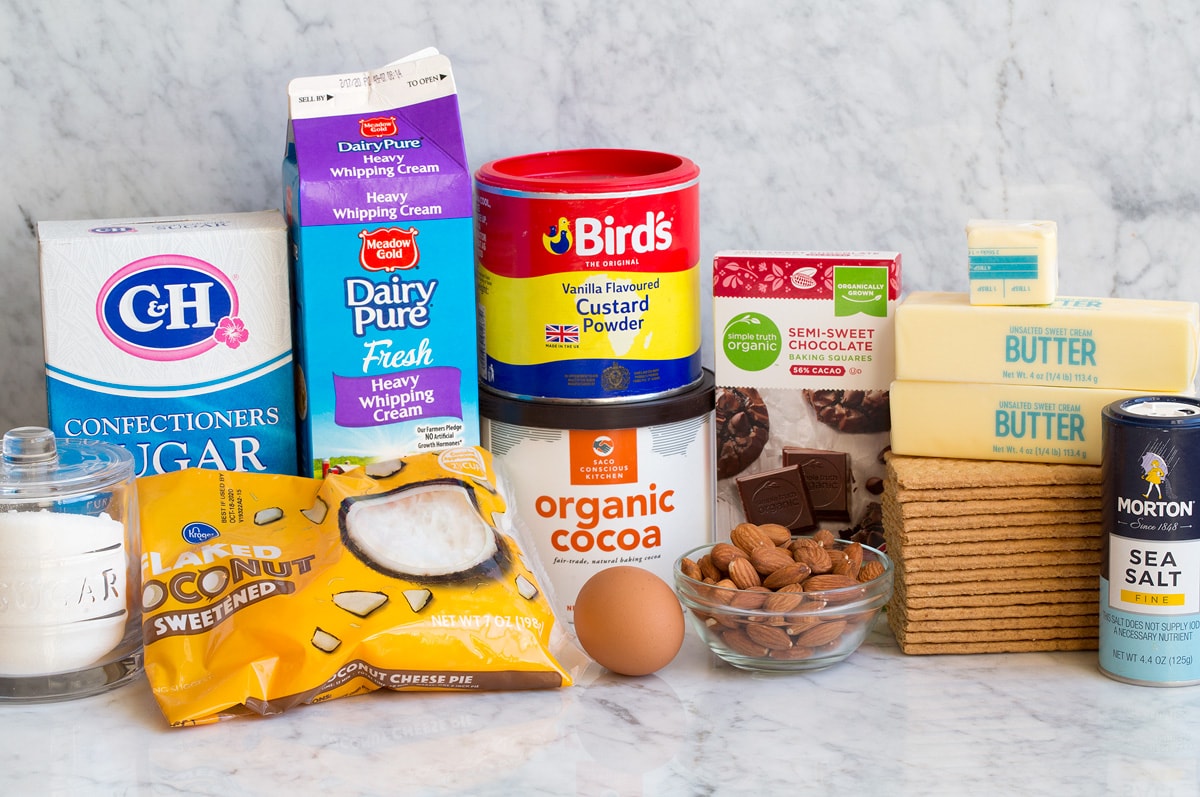 Scroll down for full recipe with ingredient amounts and directions. 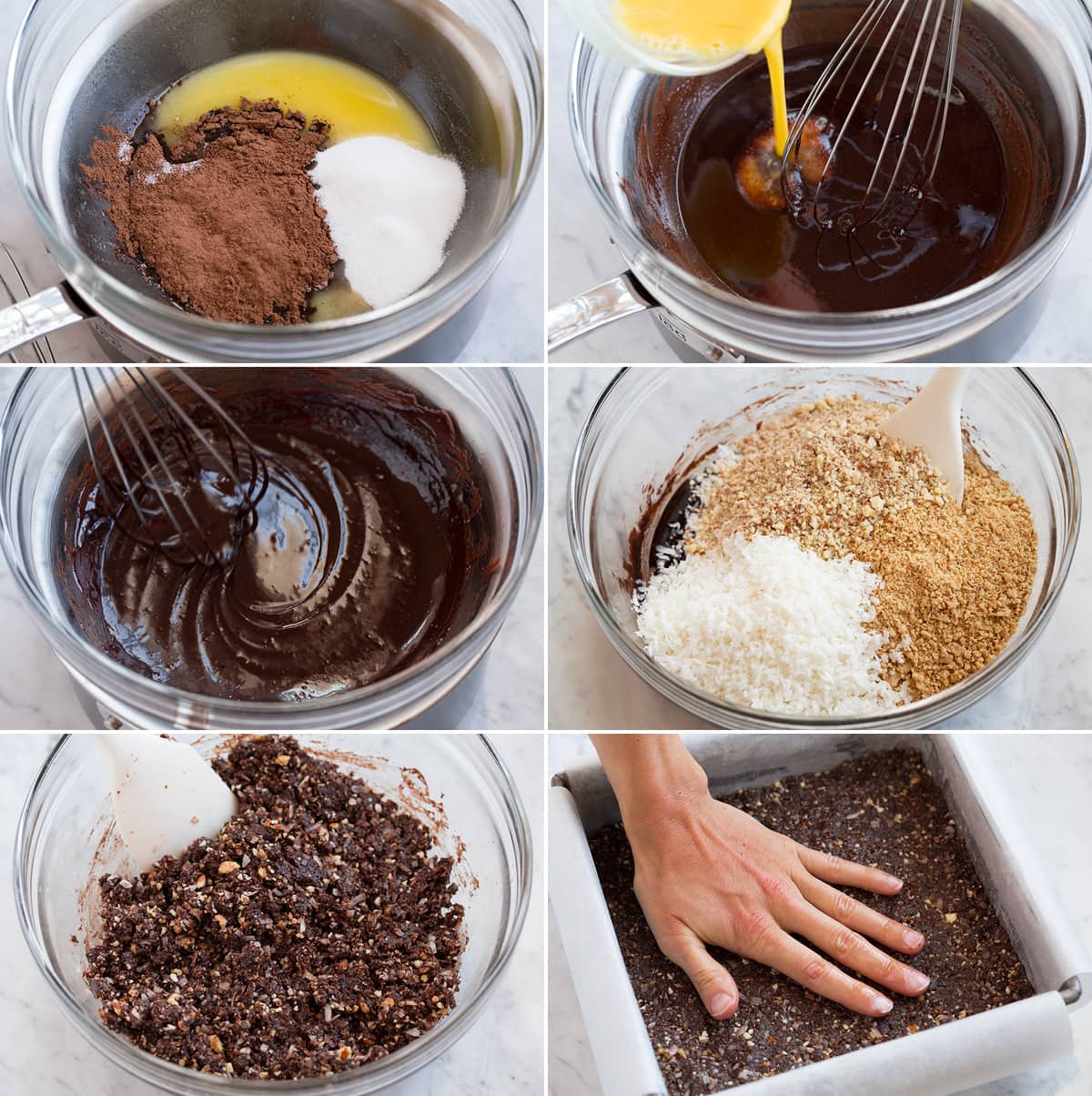 How to Make Nanaimo Bars 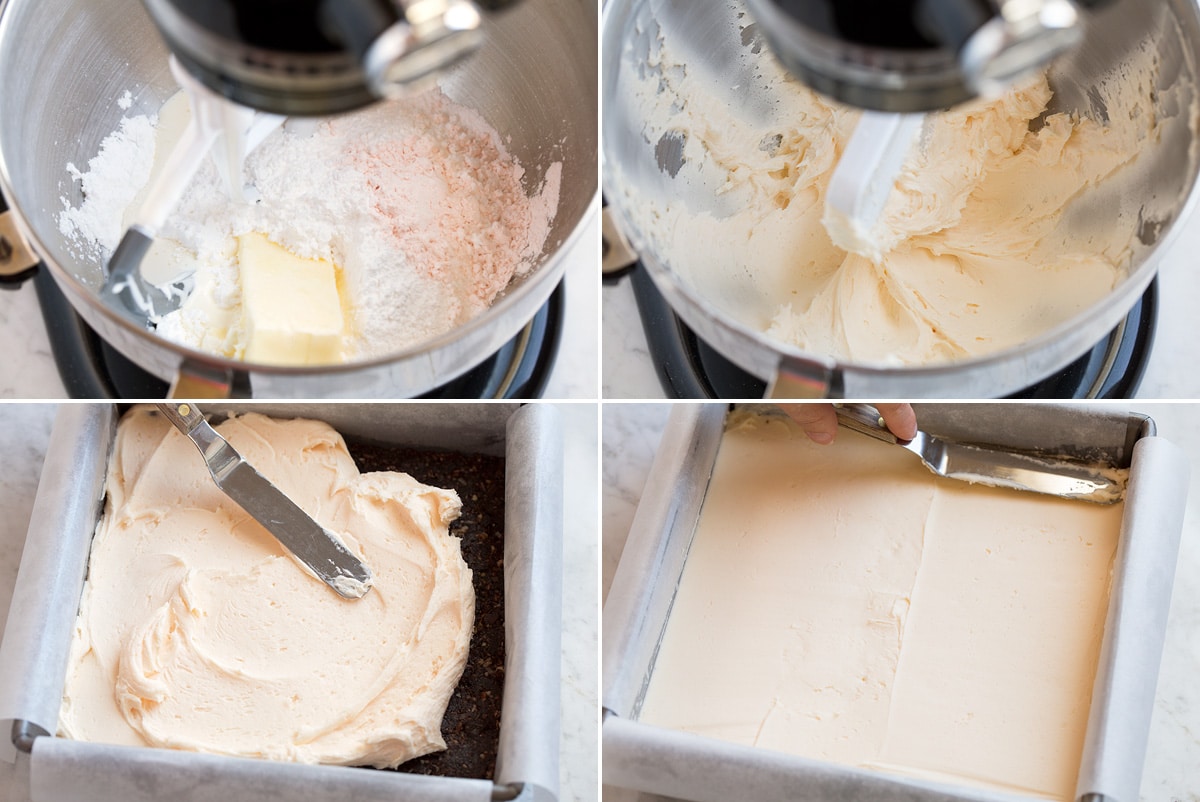 Store Nanaimo bars in an airtight container in the refrigerator (because of the egg and dairy). Bring to room temperature before serving. 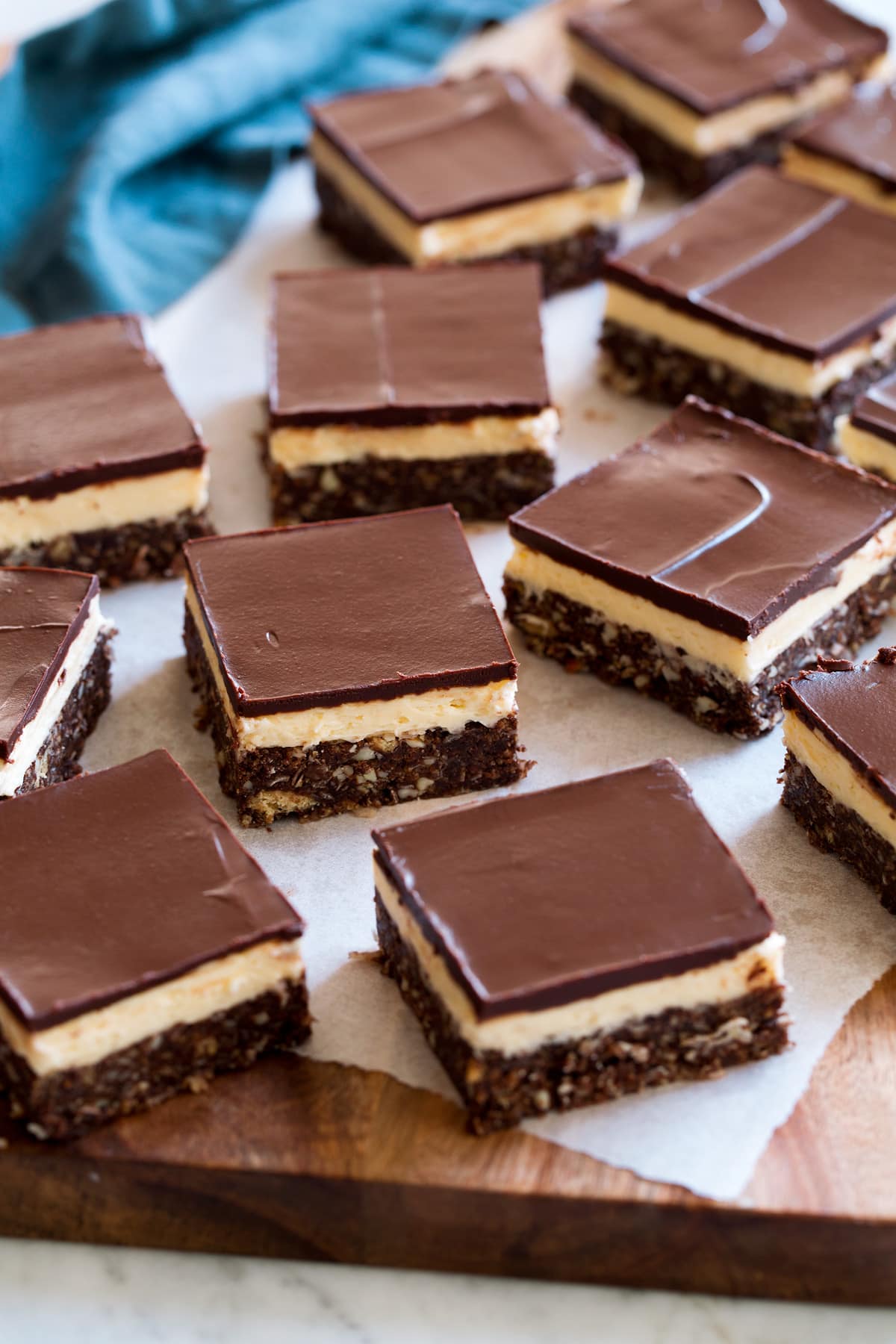 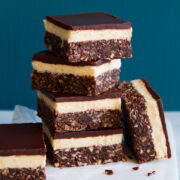 A no bake bar made with three layers of pure decadence! You get a chocolatey, graham cracker-coconut base, a sweet cream filling, and they're finished with a layer of rich semi-sweet chocolate.
Servings: 9
Prep25 minutes
Cook45 minutes
Ready in: 1 hour 10 minutes

*1. To chop ingredients I recommend using the food processor: Important note: I don't recommend serving these bars to the elderly, young children or those with a weakened immune system. Though the egg is cooked, in testing twice I found 140 - 145 degrees was as high as I dare let the temp go or I felt the egg would begin to curdle and the mixture would also become too dry. The USDA recommends a safe temp of 160 degrees.
Course: Dessert
Cuisine: Canadian
Keyword: Nanaimo Bars
Author: Jaclyn
Recipe adapted from Nanaimo Tourism. 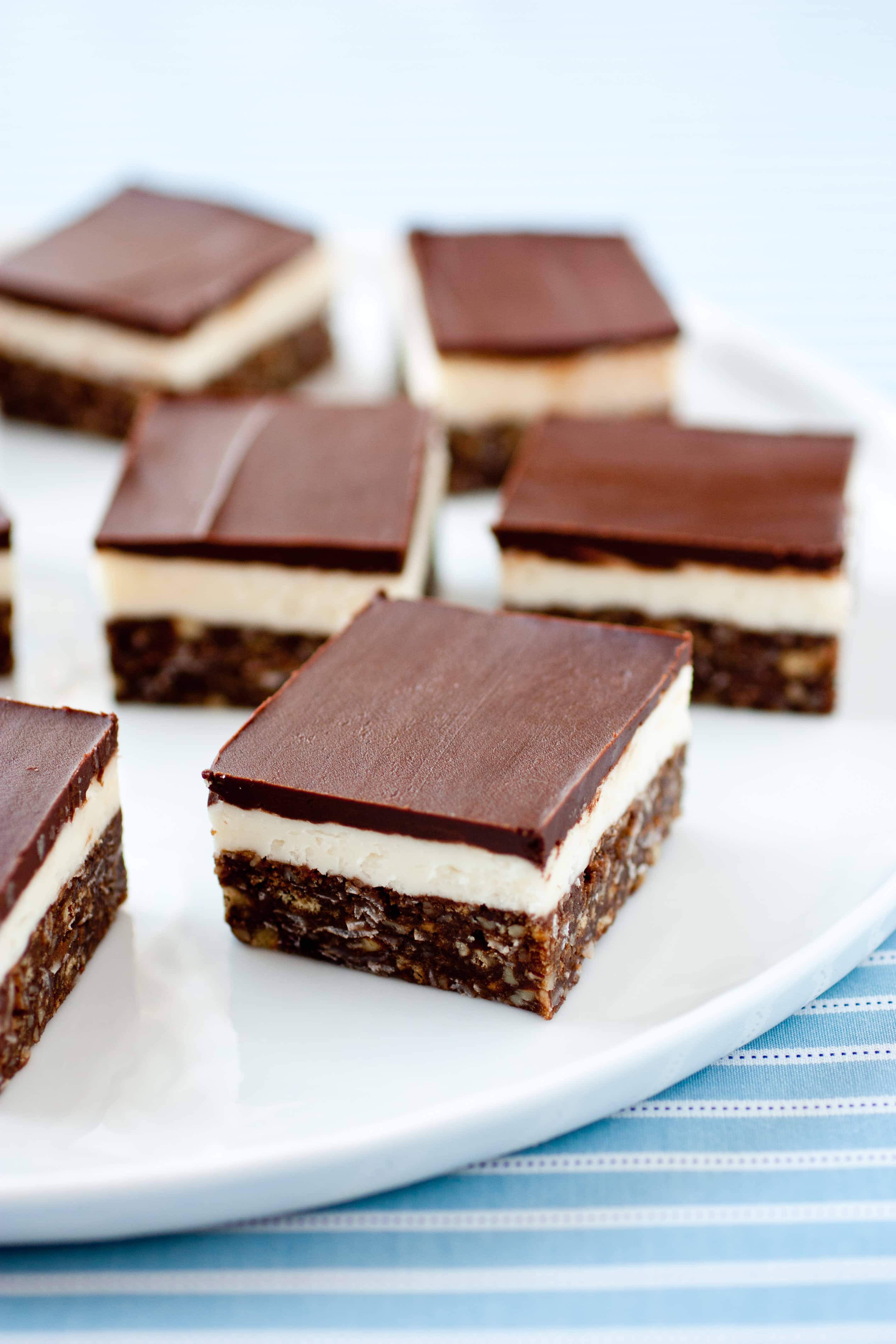