It’s a dessert worthy of any celebration but especially perfect for fall and Thanksgiving. They’re easy to prepare and destined to get compliments all around!

At least once during fall you need to make pumpkin cheesecake right? This year I decided to go with a bruleed version because I remember last year seeing bruleed pumpkin pies and cheesecakes all over the place and they always looked amazing!

Well these pumpkin cheesecake bars with a brulee topping are just that and more!

I mean we could say that topping is optional but once you try it I think you’ll agree, it’s a must!

I made these several times to try and get that perfect cheesecake consistency. The trick was in reducing the liquid in the pumpkin puree simply by wrapping it in paper towels to remove some of the excess moisture. It’s a trick I like to do with pumpkin on occasion when I’m baking because it has such a high water content so sometimes it just helps to take some of that out.

It took the batter from a runny soup to a batter more similar to a regular cheesecake, meaning it gave a better end result.

Save this recipe because you’ll want to take them to any and every get together this fall, they’ll be the talk of the party! They have a perfectly spiced pumpkin flavor and the contrast of that crisp bruleed sugar shell next to the luscious creamy texture of the cheesecake is divine! Trust me, you don’t want to miss out on these! 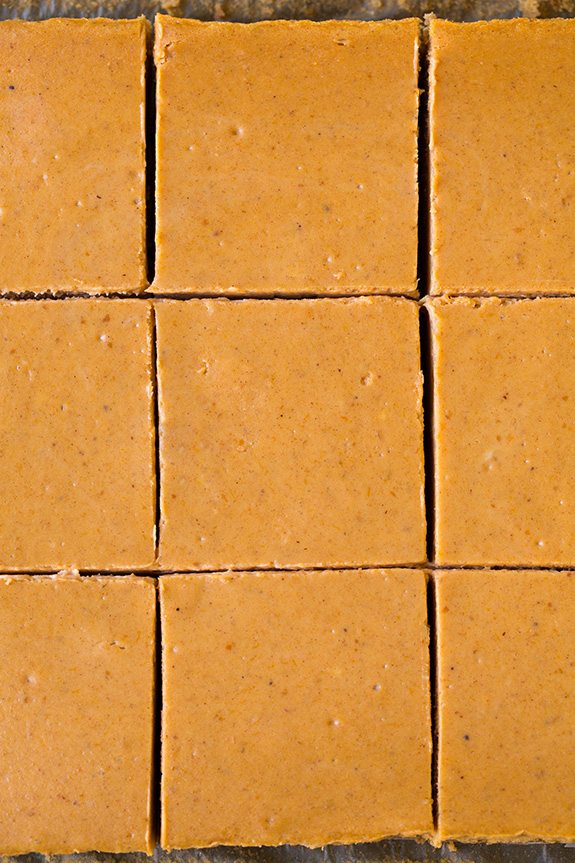 How to Store Pumpkin Cheesecake Bars

Since this is cheesecake is should be kept in the fridge (they can sit at room temp up to 2 hours but they are best very cold anyway). Store bars in an airtight container.

What If I Don’t Own a Culinary Torch?

If you are considering buying a culinary torch I highly recommend having one! I use mine quite a bit, for torching meringue and bruleeing just about anything I can (have you tried bruleed oatmeal? So good!). They are a must have kitchen tool in my book. 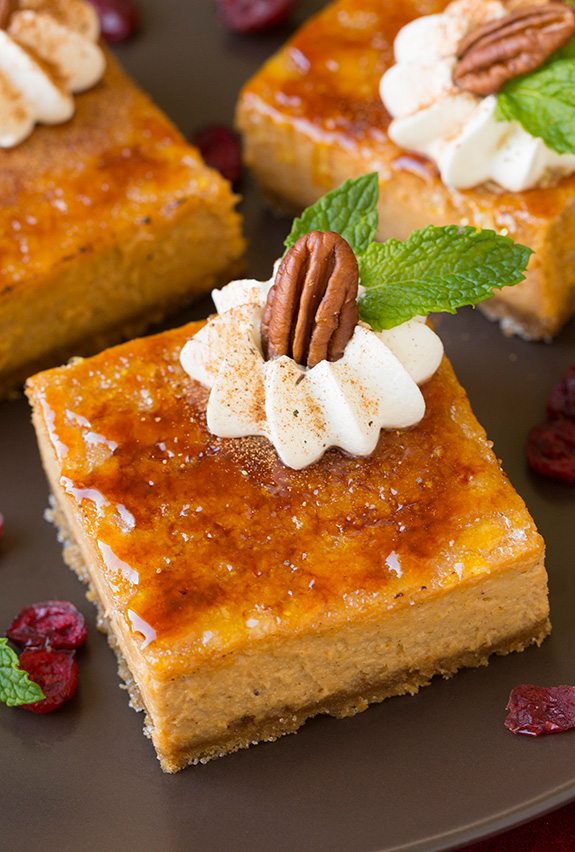 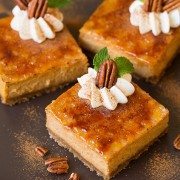