Shrimp Boil made in a skillet is an exciting twist on the classic! All the great flavors of the traditional version yet here you get even more flavor thanks to the browning you get from a skillet. It’s so easy to throw together and you’ll love that it’s ready in no time! 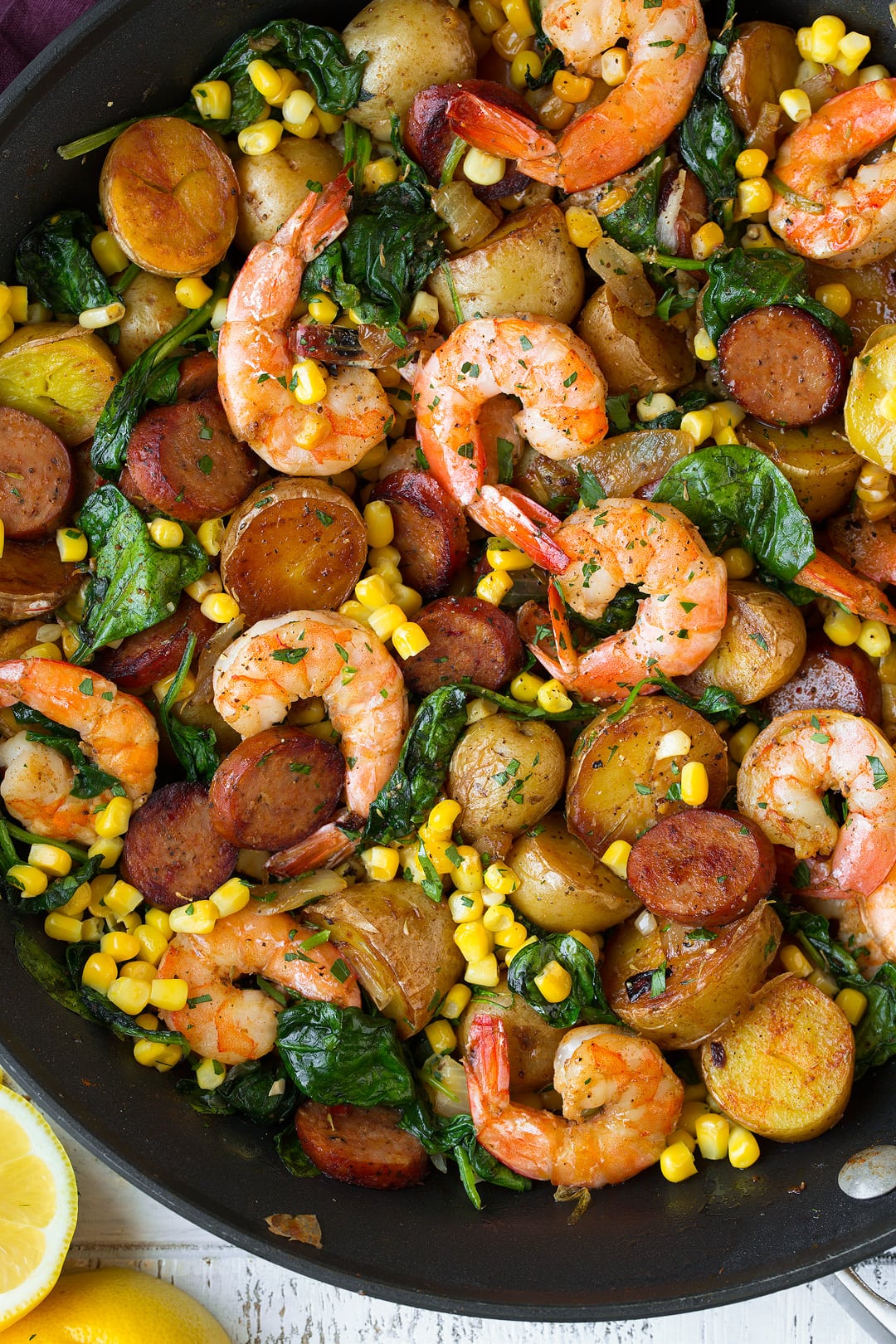 Shrimp Boil Cooked in a Skillet!

As we know the classic shrimp boils are always made in a pot, boiled in water but this version that’s made in a skillet is so much better! Plus you’ll love love the nutritious, colorful addition of spinach which you don’t normally get in a traditional shrimp boil.

This is a perfectly hearty meal and it’s sure to please all shrimp fans!

This shrimp recipe only takes about 20 minutes total cook time, plus you can save yourself time by cooking the potatoes in the microwave while the onions are cooking in the skillet.

Easy to make, not much clean up, packed with goodness and perfectly delicious! This is one for the recipe book! 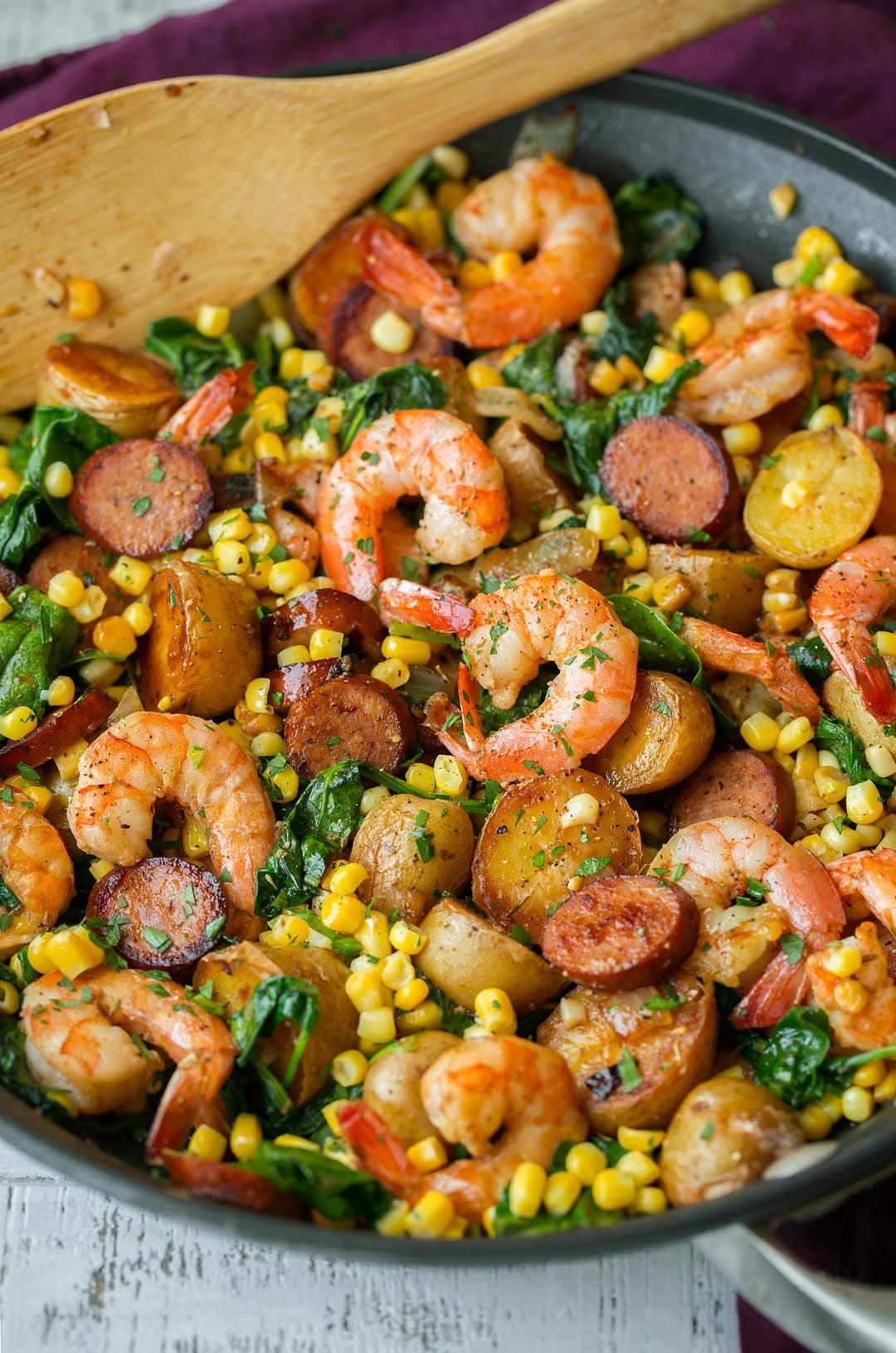 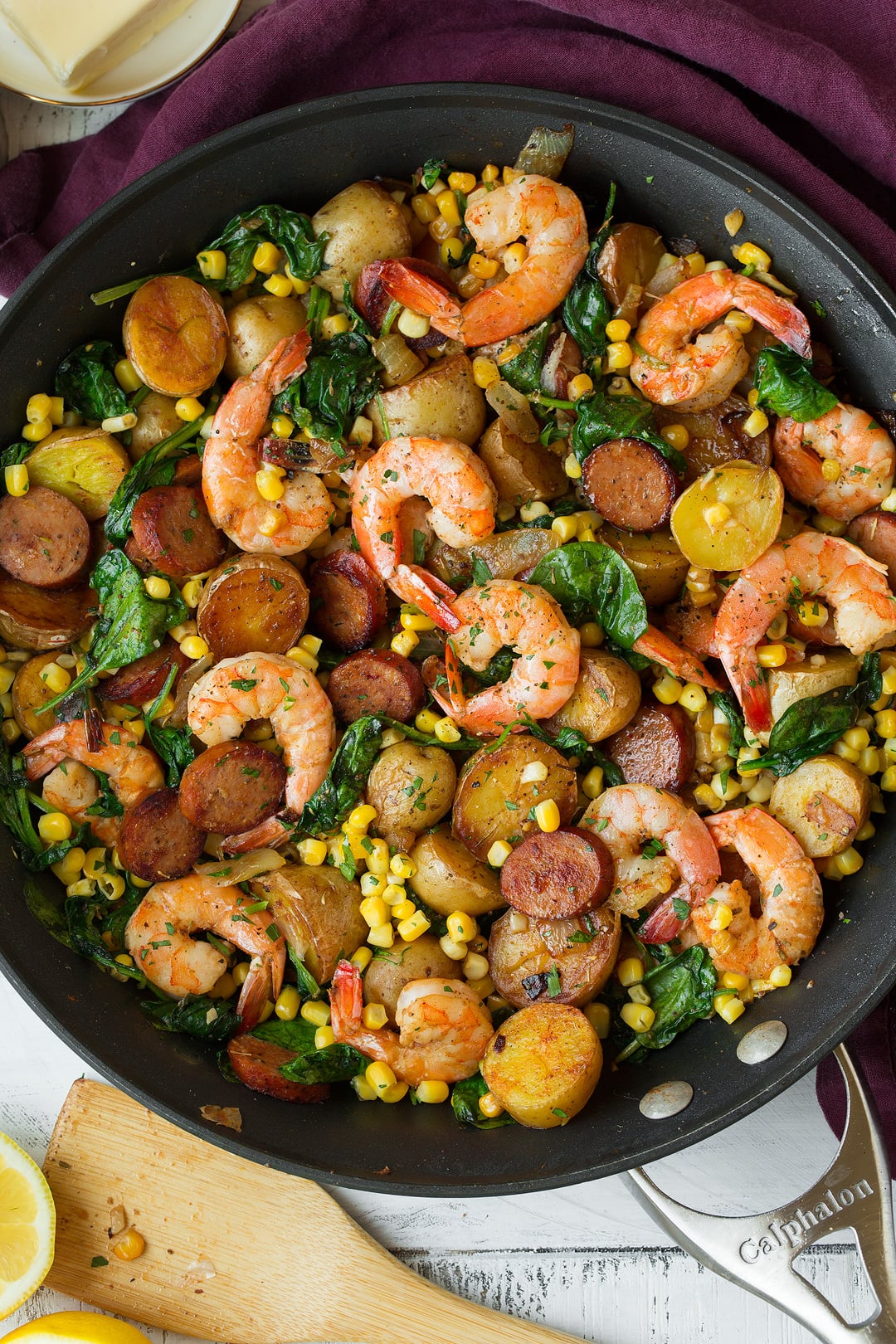 How to Make Shrimp Boil in a Skillet 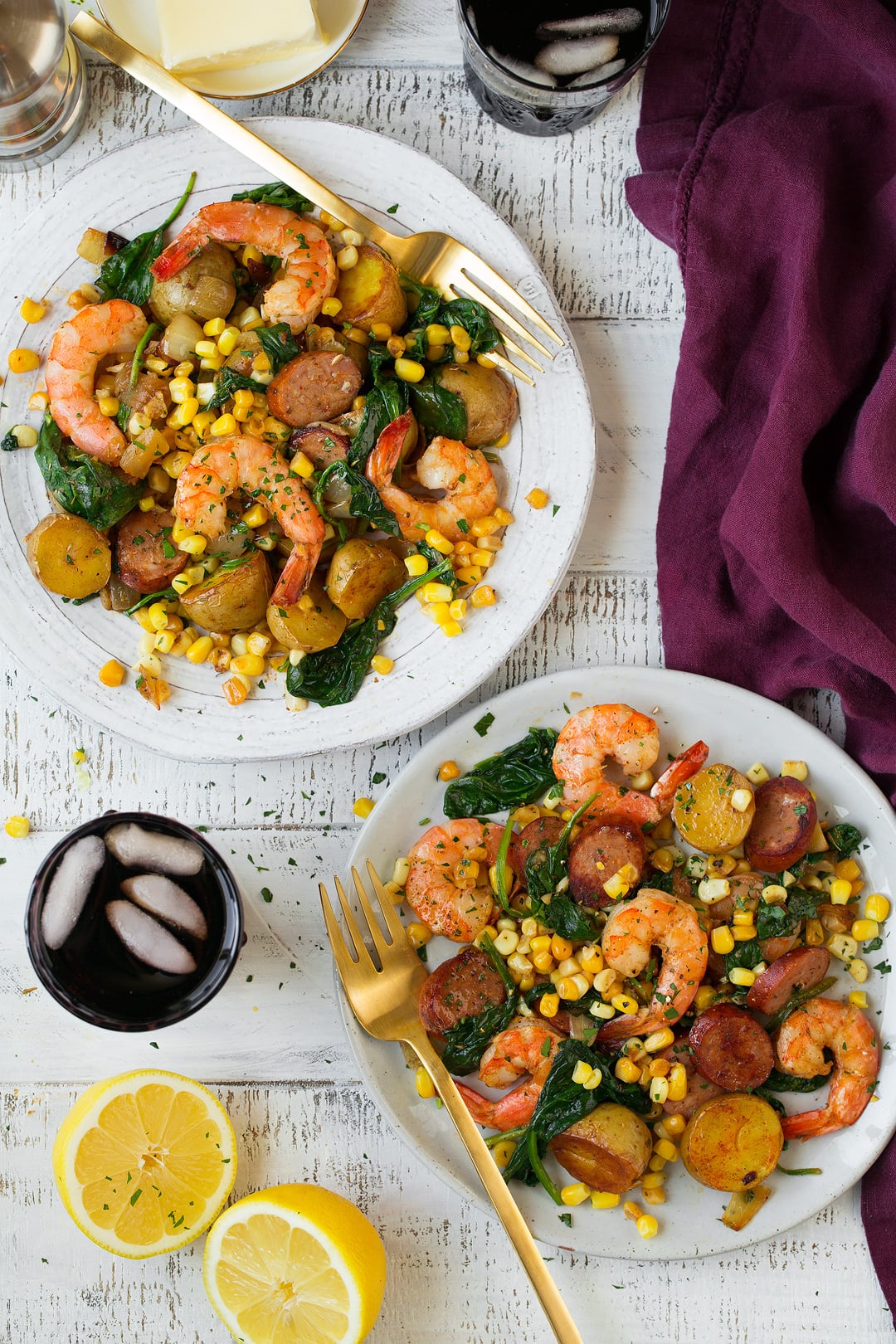 Tips for This Recipe 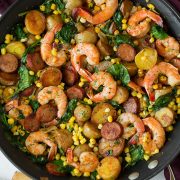 Shrimp Boil made in a skillet is an exciting twist on the classic! All the great flavors of a shrimp boil yet it this version has even more flavor thanks to the browning you get from a skillet. It's so easy to throw together and you'll love that it's ready in no time!