Cilantro Lime Shrimp with Coconut Rice — skillet cooked shrimp is tossed with bright lime and fresh cilantro then served over a bed of rich coconut rice. It’s the perfect tropical meal you can enjoy any day of the year! 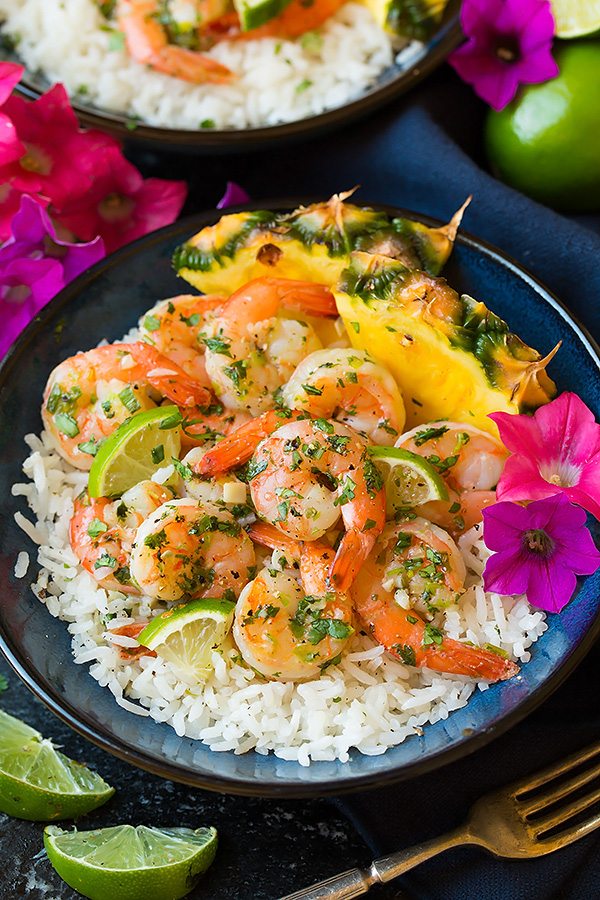 Could there be a better way to enjoy summer than with this delicious tropical Cilantro-Lime Shrimp with Coconut Rice? I recently shared a salmon recipe with coconut rice and I fell absolutely in love with it so I decided to make something else along those lines and keep a great thing going.

Believe it or not, with THIS recipe I was able to get my husband and my daughter who don’t like shrimp to eat it and love it!

It has such a bright, fresh lime flavor and the cilantro and garlic add just that much more deliciousness.

And this coconut rice, don’t get me started! I’ve been obsessed for the last few weeks since I first tried it (seriously though, where has it been all my life?) and I got my mom hooked too, she’s been eating it probably 5 times a week since she’s on a low gluten diet.

It’s just so much more exciting than plain white rice and it’s so delicious plain on its own.

It has such a rich flavor, a slightly creamy texture (but don’t worry it’s not mushy) and the coconut undertones will leave you craving more.

If you, like I have been, are trying to get someone else in your family to enjoy shrimp then this may likely be the recipe to do just that!

And better yet this is a quick and easy dish to prepare – all around dinner win! Plus it can be made into a fun family dinner if you serve it up island style with pineapple and some kind of tropical punch, then decorate the table with bright, tropical colored flowers. 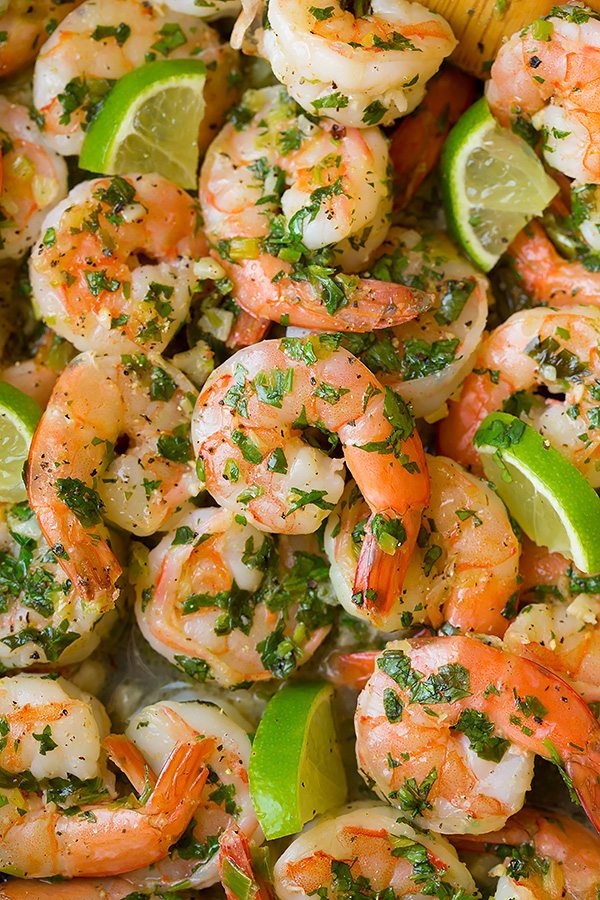 This dish is super flavorful thanks to the cilantro lime shrimp marinade. Here’s what you’ll need to make both the shrimp and the coconut milk rice: 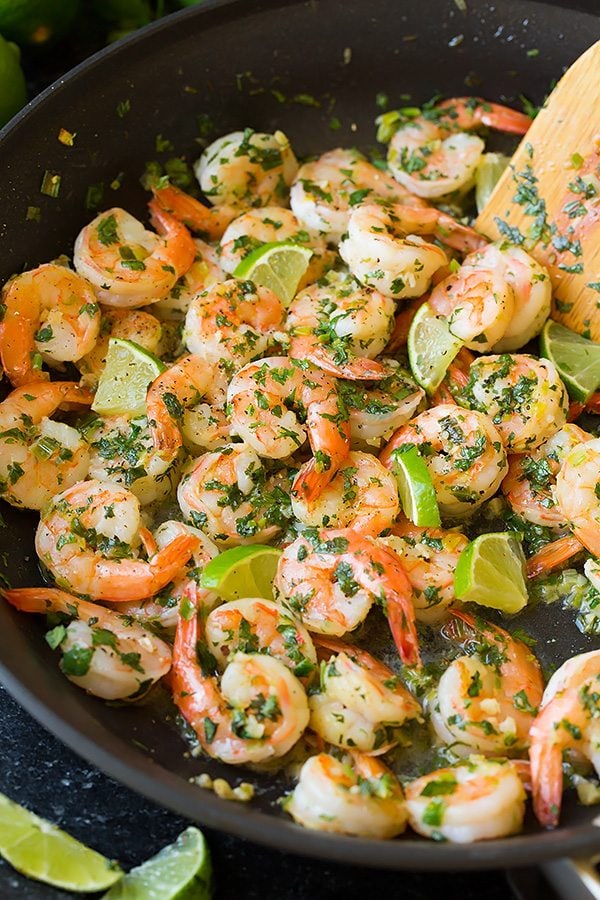 How to Make Cilantro Lime Shrimp

This is a quick and easy skillet shrimp recipe. Here are the basics steps on how to cook shrimp in a skillet:

Can I Use Frozen Shrimp?

Can I Meal Prep This Recipe?

I suppose you could, but the cilantro lime shrimp is best enjoyed right away. Seafood in general doesn’t reheat well (it becomes rubbery), and cooked shrimp doesn’t last long in the fridge. 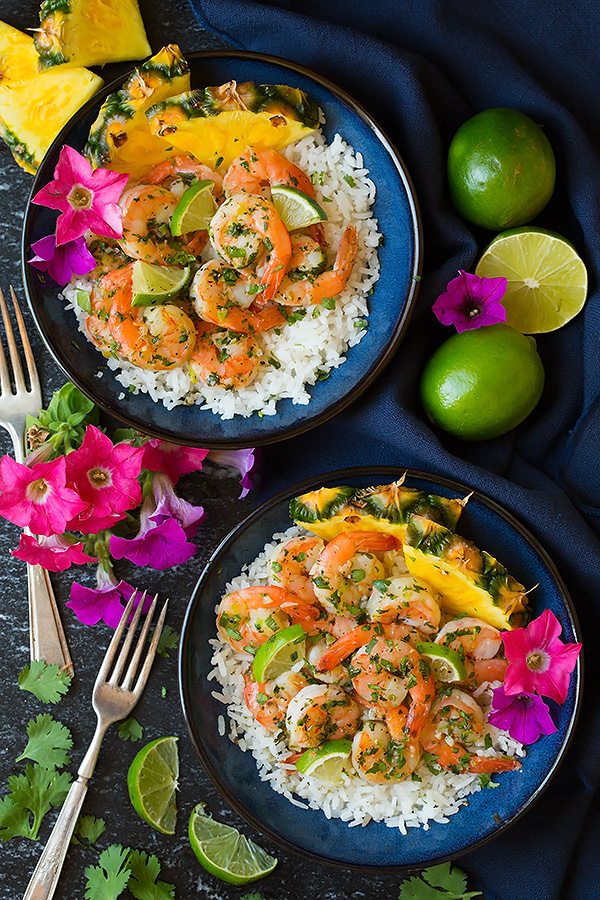 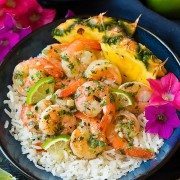