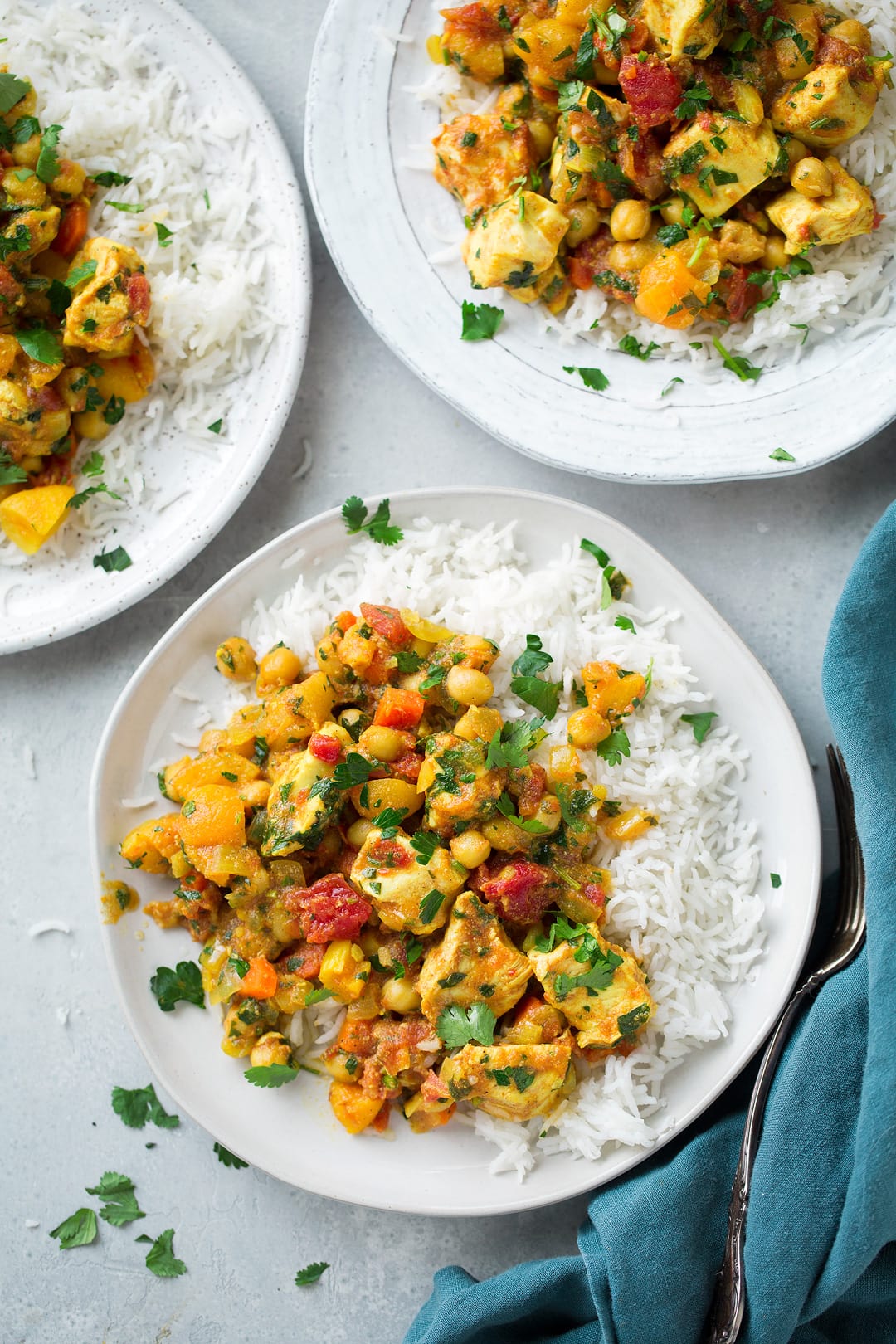 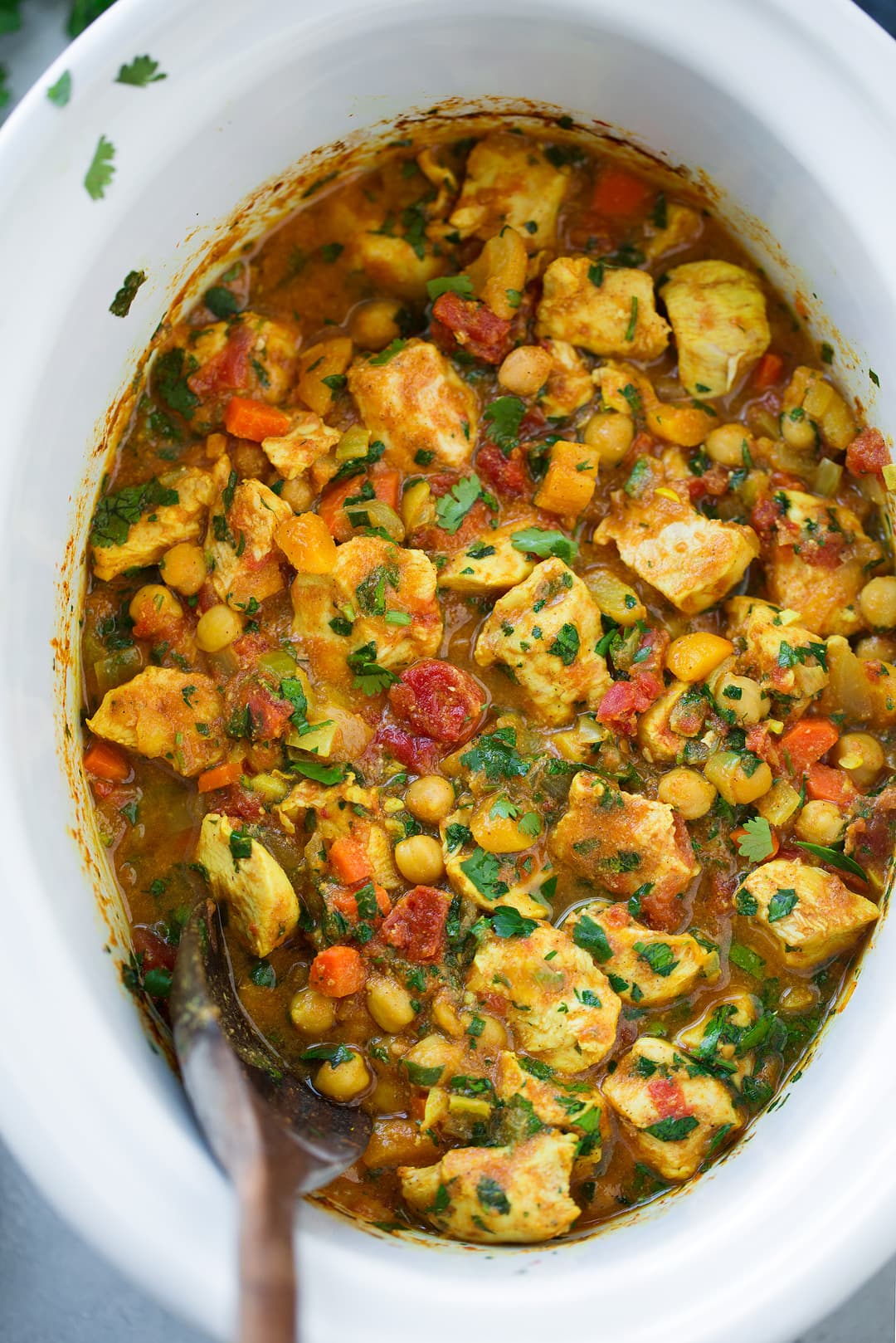 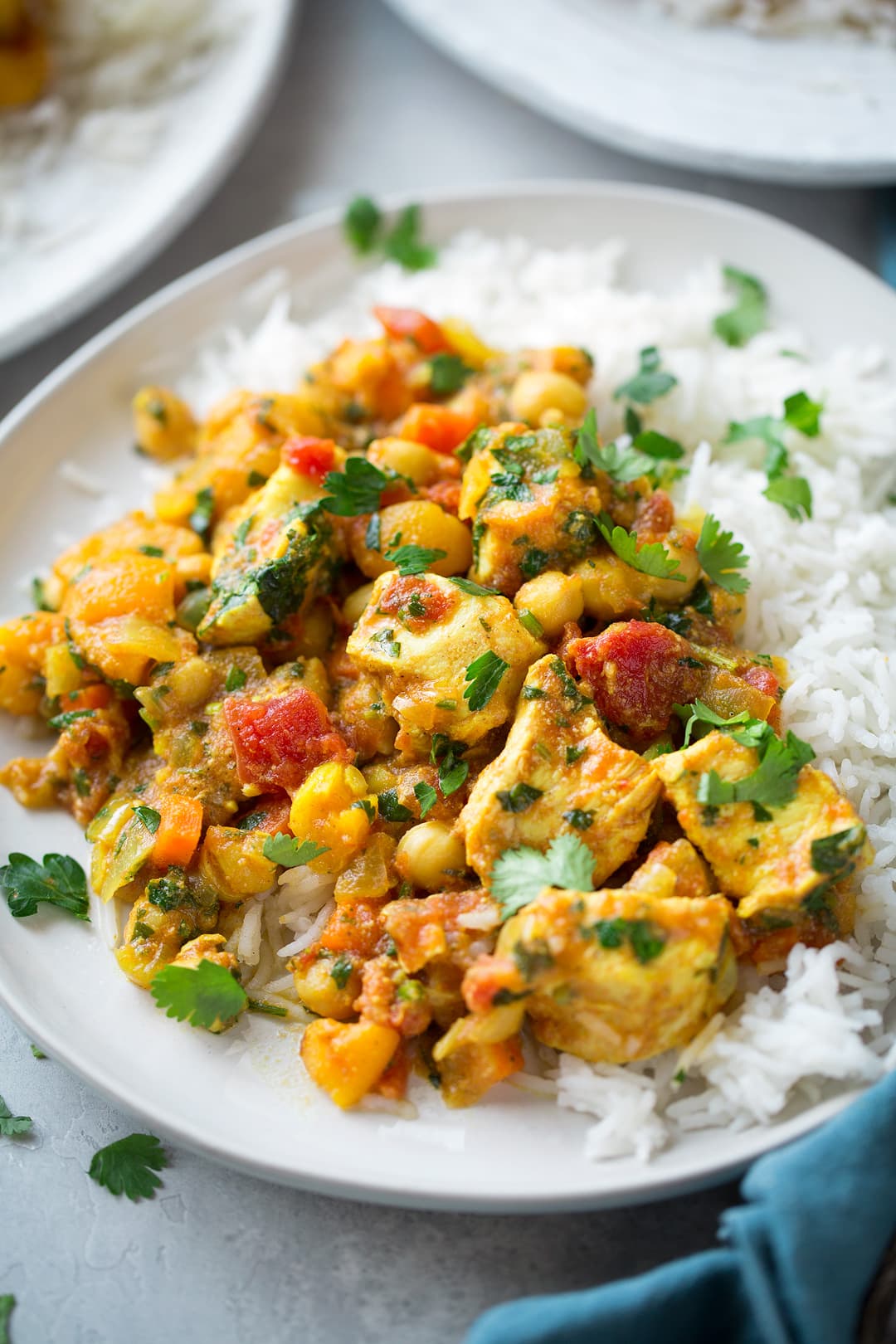 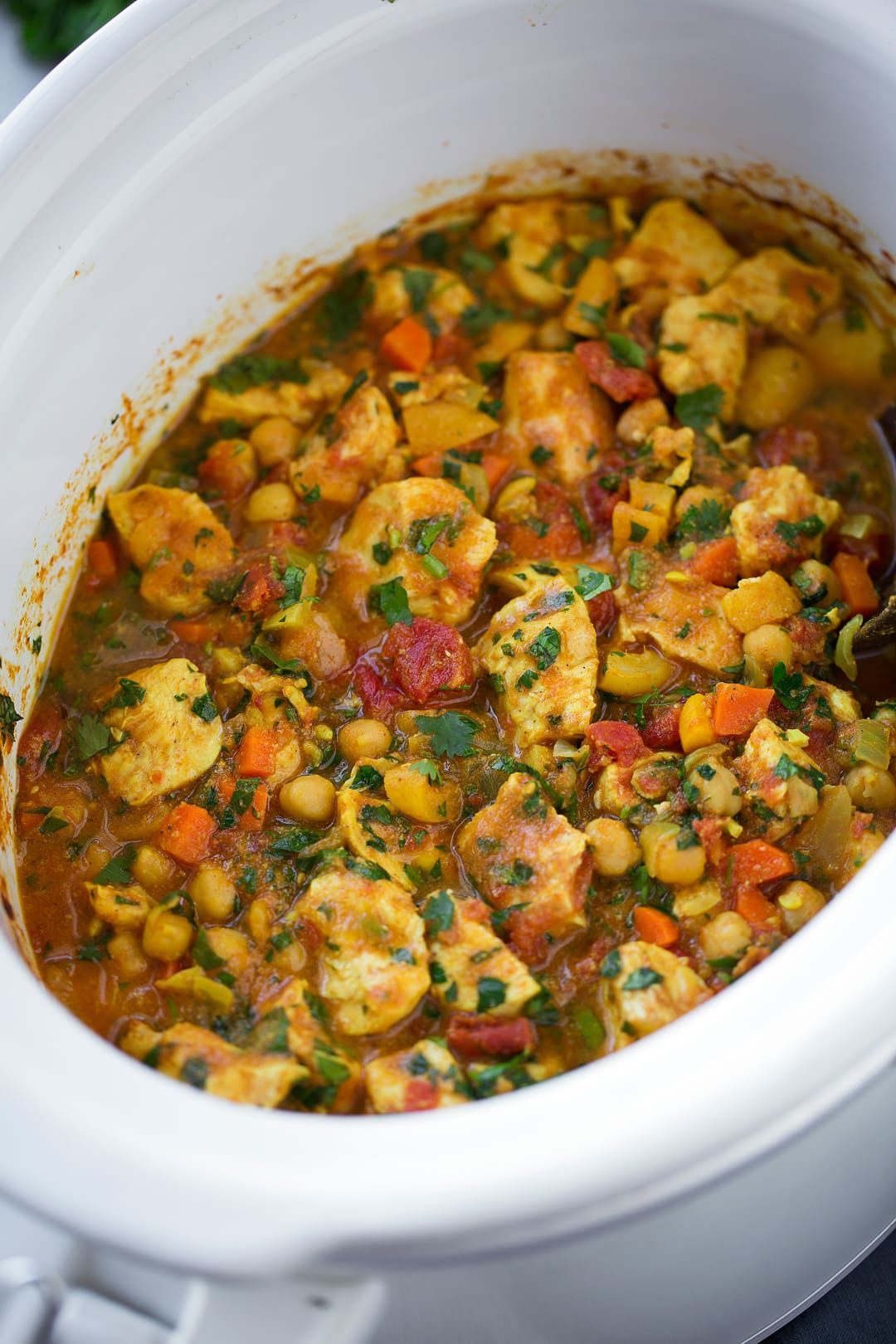 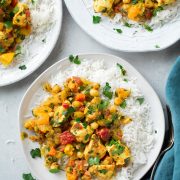 A deliciously flavorful chicken and chick pea tagine that's cooked in a slow cooker versus the traditional tagine. It's a healthy dinner that's packed with protein. If you like Moroccan food it's a must-try recipe!
Servings: 5
Prep20 minutes
Cook4 hours
Ready in: 4 hours 20 minutes