Crockpot Stuffing – It’s made with fresh bread, fresh vegetables, lots of butter and plenty of an abundance of fresh herbs! This method is a great way to free up the oven space during the holidays. This is a family favorite and may likely become your go-to Thanksgiving stuffing recipe! 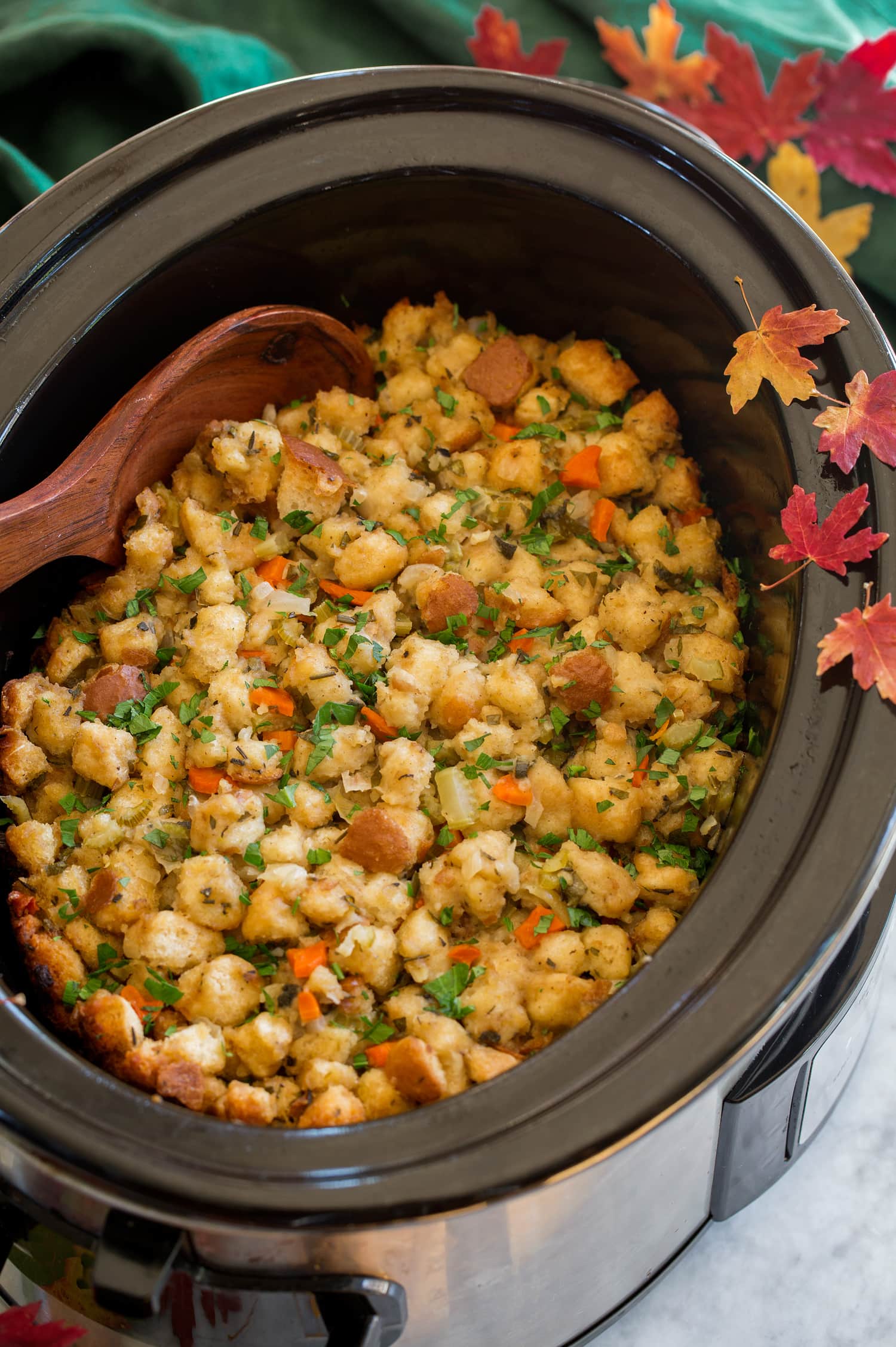 Free up the Oven, Make Stuffing in a Crockpot!

This is a go-to stuffing recipe for us, once you try it you’ll see why! It’s just as good as what you can make in the oven and it’s less tending to.

If you always hated stuffing growing up because you ate the boxed stuff I highly recommend trying this slow cooker stuffing recipe!

Once I tried this made from scratch version I was hooked. You’ll love all the fresh, real flavor it has when it’s homemade, plus it’s easier to make than you’d think.

This stuffing is packed with fresh herbs, it’s made from freshly dried bread cubes (I listed store-bought bread cubes as an option just in case you don’t have time to make your own), and has the perfect amount of butter and veggies.

On Thanksgiving we all know how little oven space is available so it always helps to either be able to make some of it ahead of time or in the slow cooker. This recipe is a game changer.

And believe it or not I think you’ll love the way the slow cooker cooks the stuffing. You get a soft buttery center and deliciously crisp edges. What’s not to love?

I hope this recipe becomes a staple for your Thanksgiving dinner! It’s just one of those timeless classics that always pleases. It’s just good for the soul comfort food. 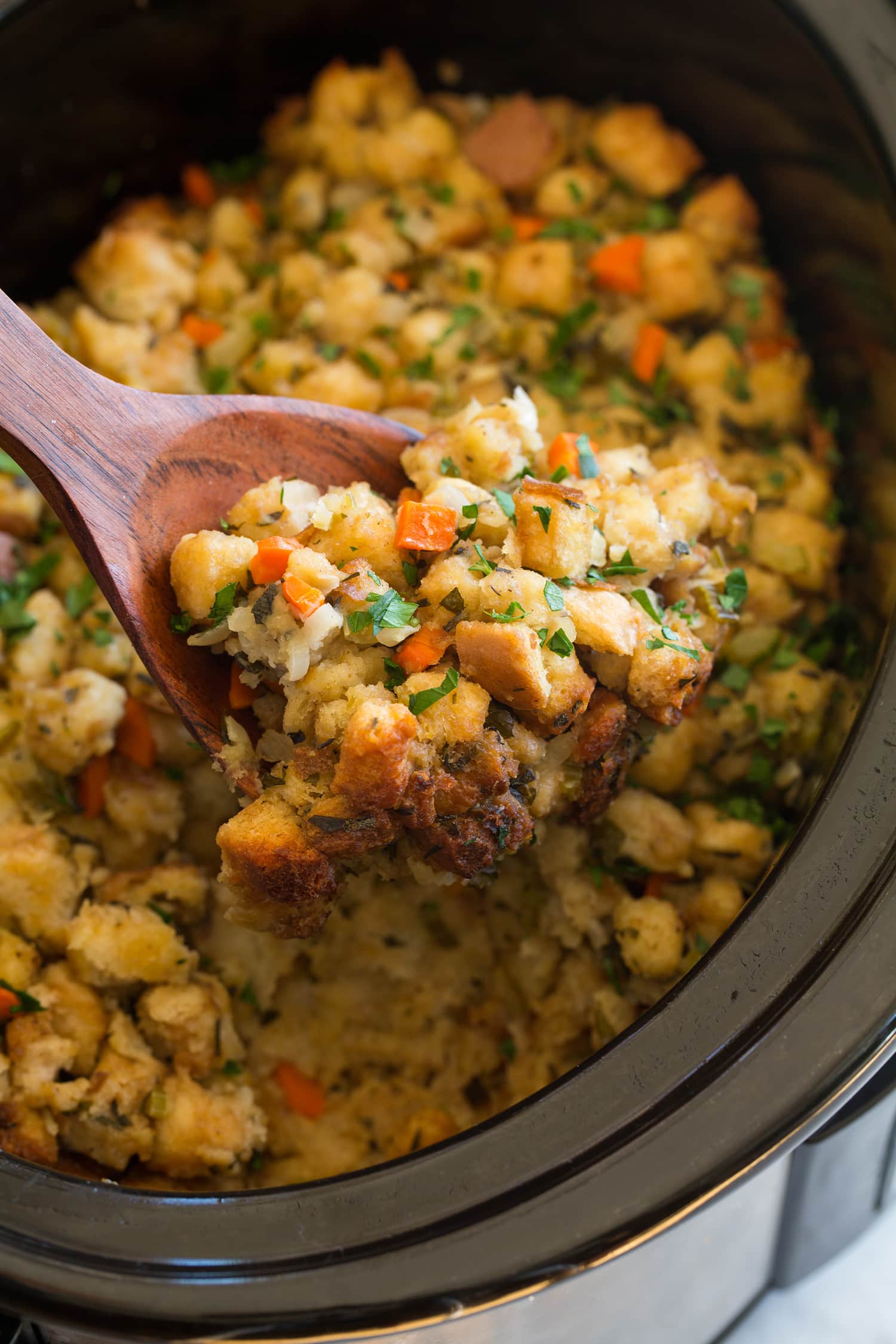 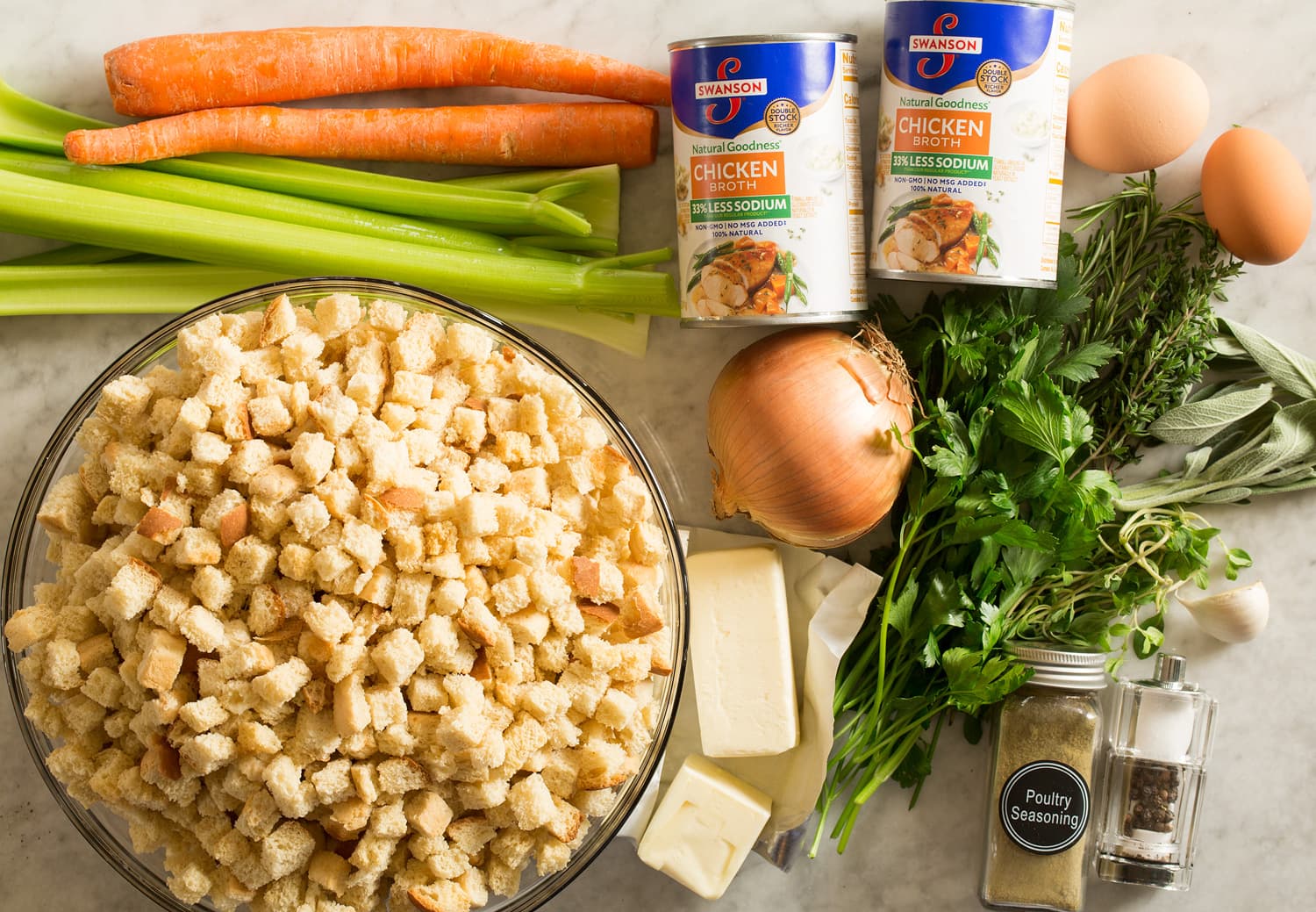 How to Make Stuffing in a Crockpot 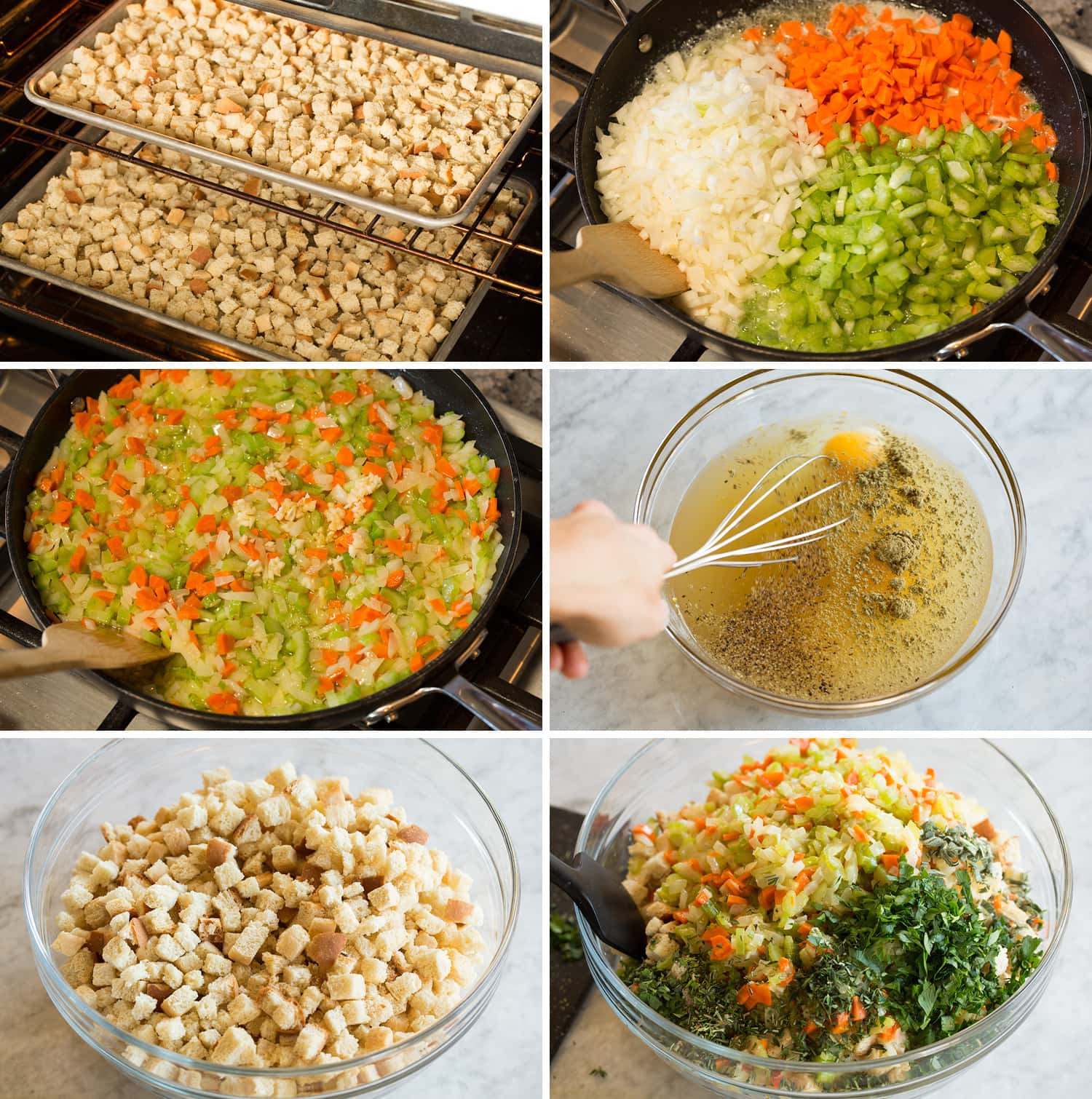 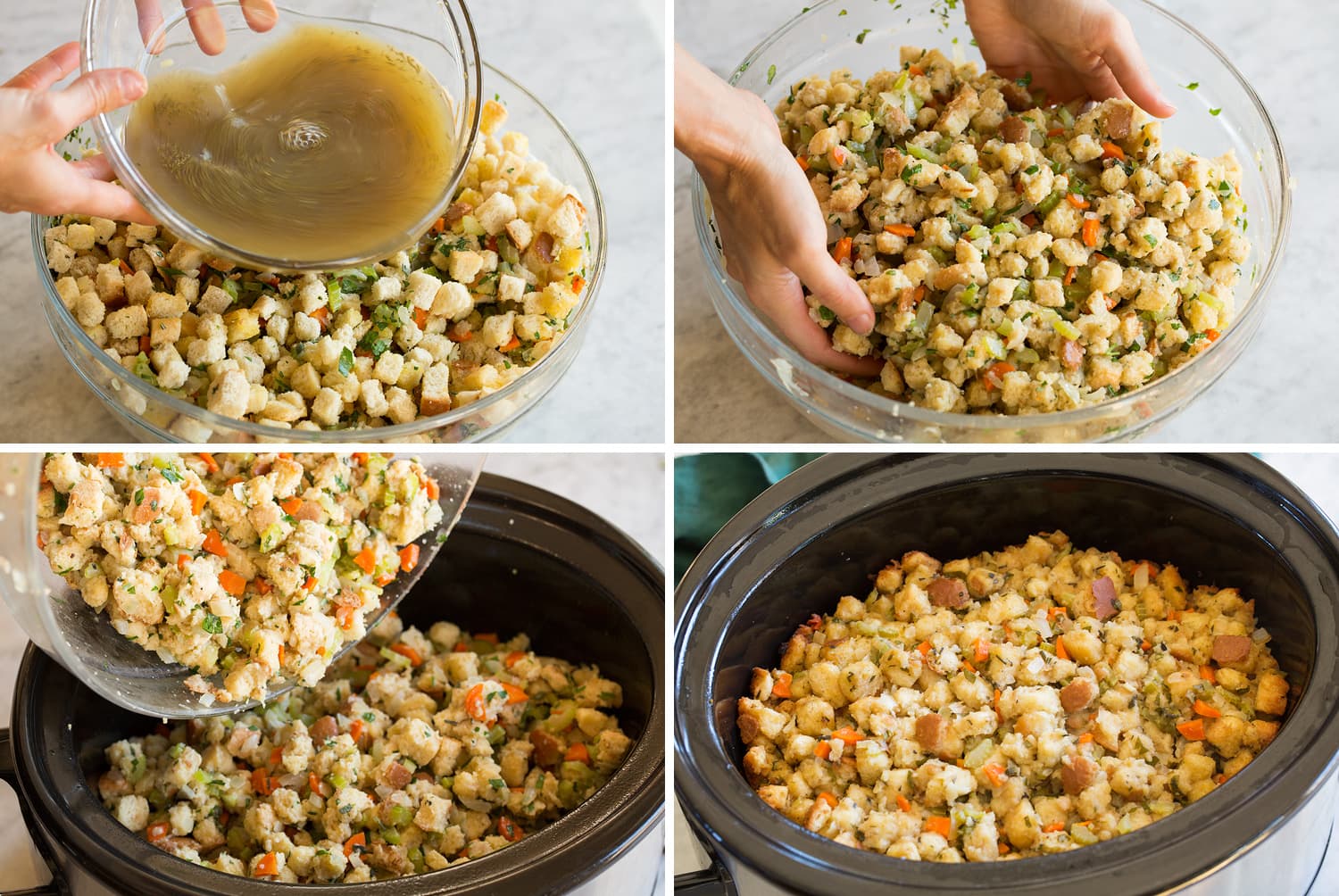 What can I make in advance? 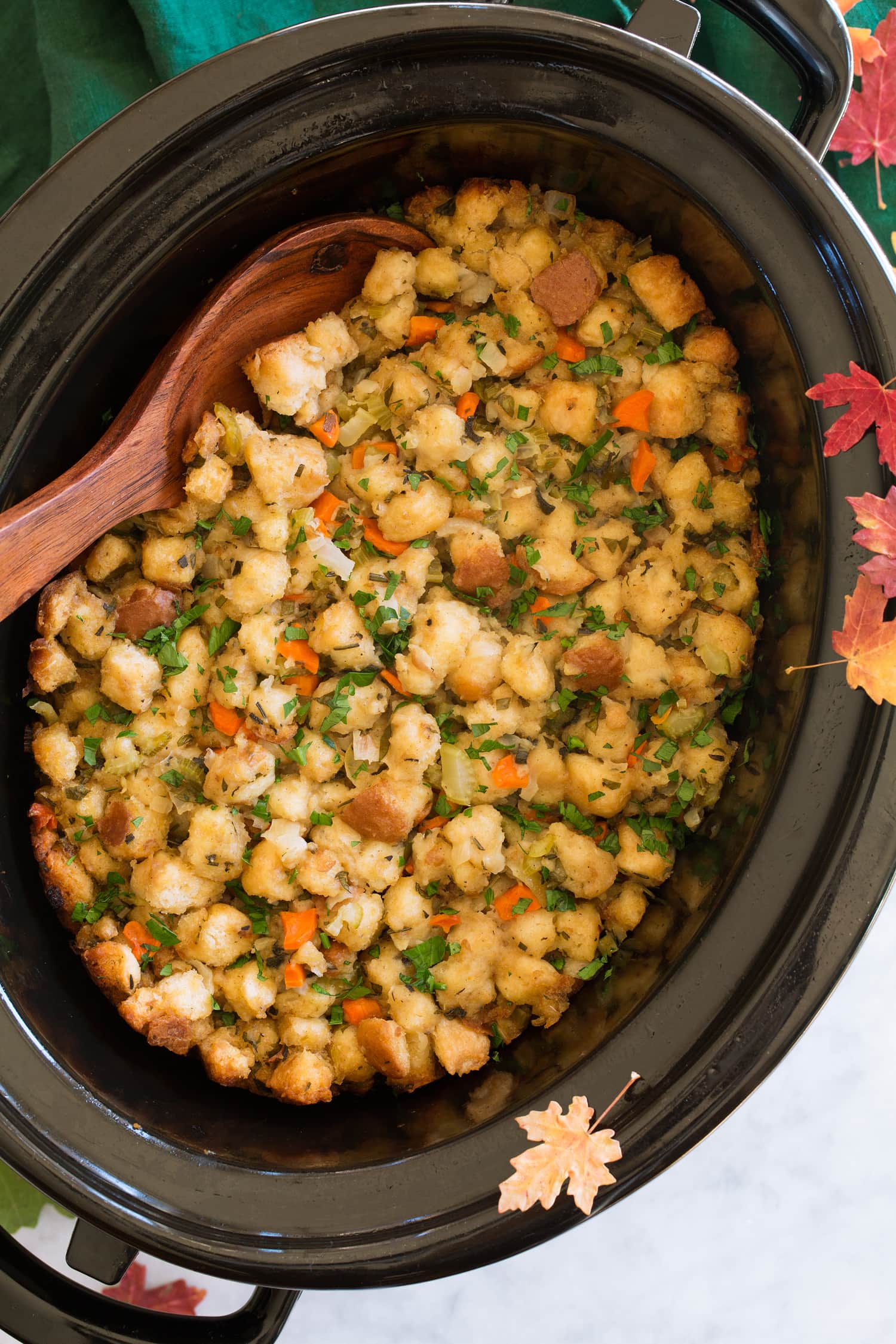 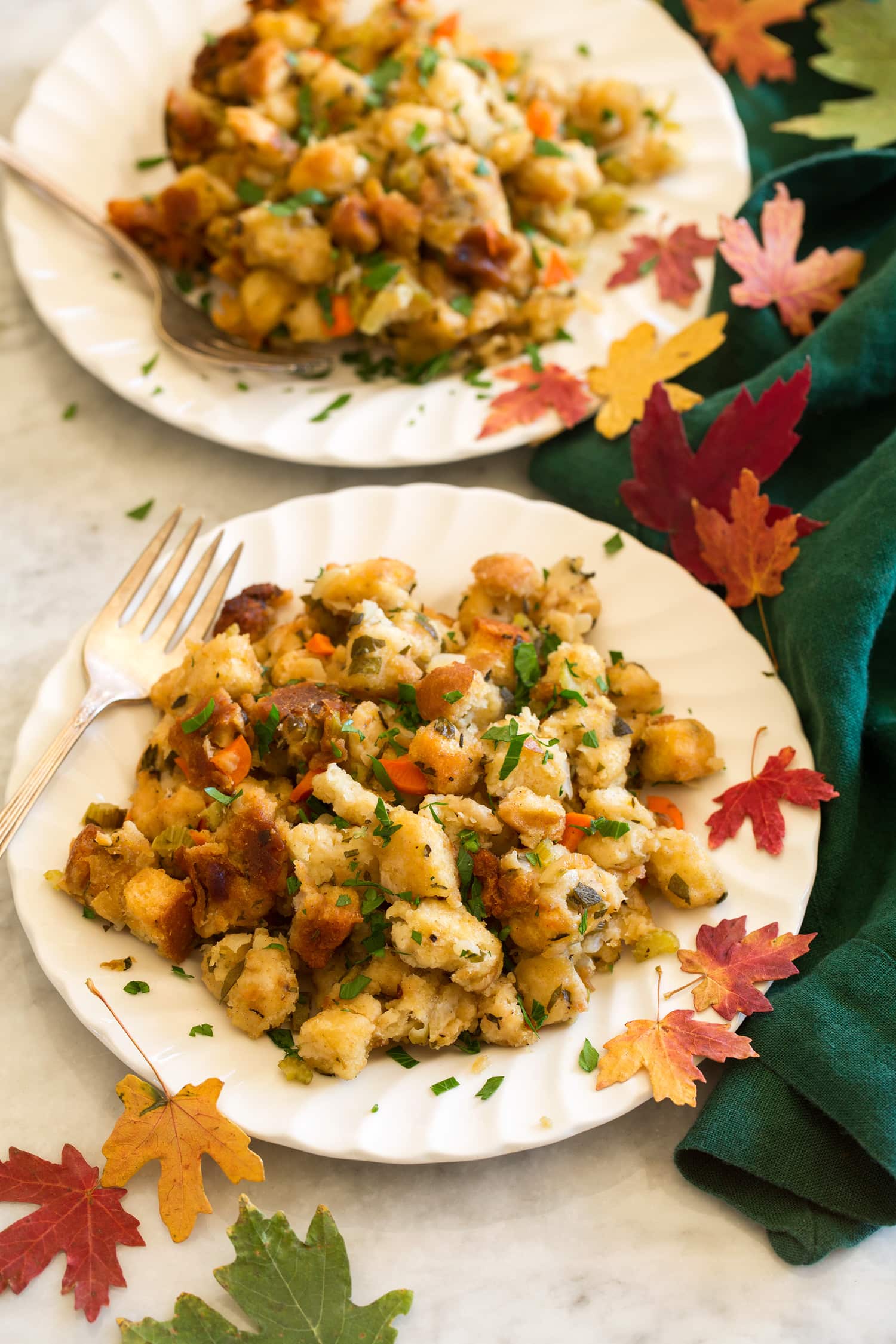 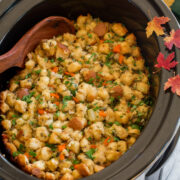 This is a family favorite and may likely become your go-to Thanksgiving stuffing recipe too. It has the perfect amount of buttery moisture, crisp golden brown edges, and a delicious herby flavor. Plus this slow cooker method frees up oven space. It's the perfect stuffing!
Servings: 12
Prep30 minutes
Cook5 hours
Ready in: 5 hours 30 minutes